When we saw the NVIDIA GeForce GTX Titan X, we knew it was only a matter of time before the company brought heat to the slightly more pocket-friendly segment. For gamers that want top-of-the-line performance without dropping a thousand bucks on a GPU, there’s the NVIDIA GeForce GTX 980 Ti. This card takes the $650 spot in NVIDIA’s lineup, carving out a place for itself with 6GB of GDDR5 RAM, 2816 CUDA cores, and and the same clock speeds as the king Titan X. With just 8% less CUDA goodness than the $1k X, you’re getting this card for a whole lot cheaper.

It seems like only yesterday we were reviewing the NVIDIA GeForce GTX 980.* In fact it was all the way back in September. Since then NVIDIA’s introduced a whole lot more in the GPU technology space and – with the release of the 980 Ti, they’ve flipped the ON switch on a number of high-powered bits and pieces.

*While the NVIDIA 980 Ti comes in at an MSRP of $650, the original 980 gets kicked down to $500. If you’ve got no reason to go higher in the processing power space, now might be the best time to roll with whatever OEM hits that point first.

This GPU is made to handling 4K monitors. It’s also made for handling the upcoming DirectX 12 graphics API.

Developers will be using this environment to create the next generation of games with graphics elements rendered with more realism than ever before – lighting, fluids, smoke, fire – all will be handled with extreme efficiency with this card and the cards that come after it from NVIDIA.

This card is also the drop-point for VR. Here we’ll start to see all the awesomeness we first heard about when NVIDIA started talking about VR – GameWorks VR and the like.

Think about NVIDIA VR Direct, as first spoken of back in September of 2014. SLI, reduced latency for optimum realism, and VR headset support in GeForce Experience. 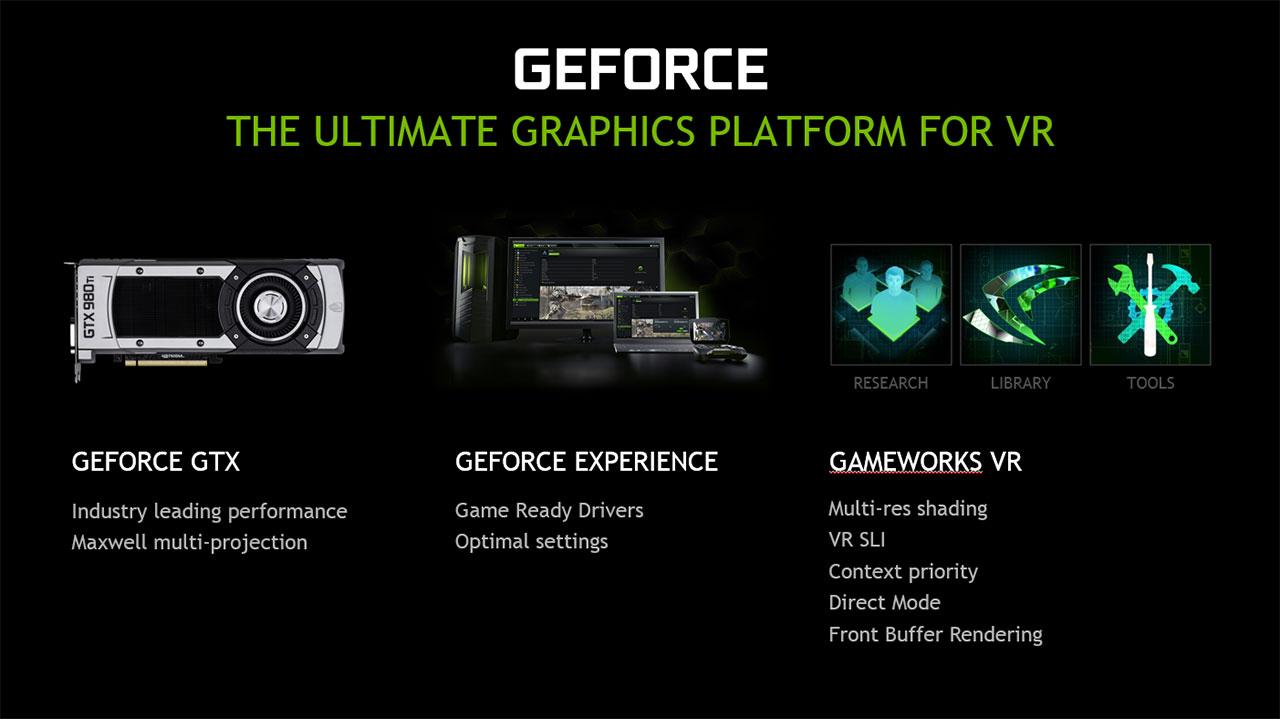 Here you’ll find a basic comparison of the last several cards revealed by NVIDIA for high-end PCs. Notice the similarities here between the GTX 980 Ti and the Titan X, and the boosts from the 980. 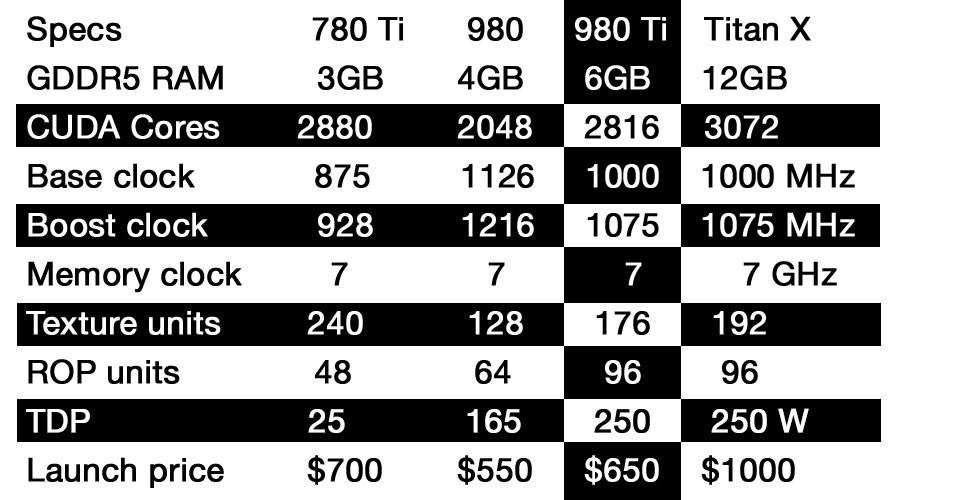 First we did the same benchmarks we ran back with the NVIDIA GeForce GTX 980 back in September of 2014. We’ve kept the same build besides the card itself, which means we’re working with the following: 3rd Generation Intel Core i7 processor (i7-3770K), Windows 8 Pro 64-bit, NVIDIA GeForce Game Ready driver version 353.06. 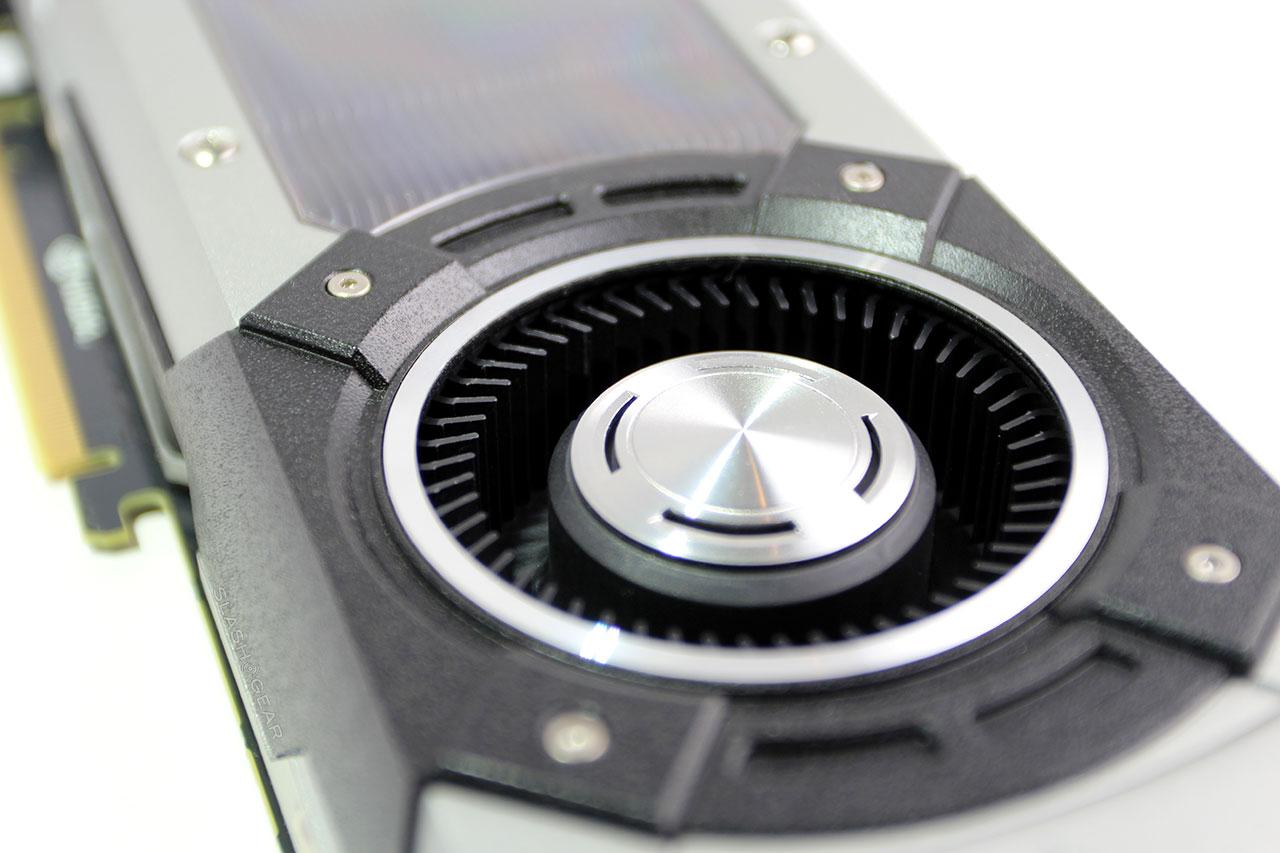 From here on out we’re going to go ahead and get rid of the minimum and maximum – they’re entirely wild anyway. The real number we’re concentrating on is the average, as we’re not just looking at a single frame, we’re looking at a live, moving product.

Finally we’re having a look at Grand Theft Auto V, the newest in new in this collection of benchmarks. This test is heavy duty, and doesn’t have its own pre-set quality settings. So when we’re talking about here is the highest settings for every graphics option available to us.

In the end you’re going to find the 980 Ti racking up performance of around 25%-30% higher than the original 980. Compare that the the nearly 45% scaling over the 980 with the X, and you’ll see where your cash is going.

If you already have an GTX 970 or 980, you might want to think twice – it’s not going to be THAT much of a big boost between there and here with the 980 Ti. Certainly not if you’ve just purchased one of those cards in the past several months, only to turn around and spend another $650 here in June. 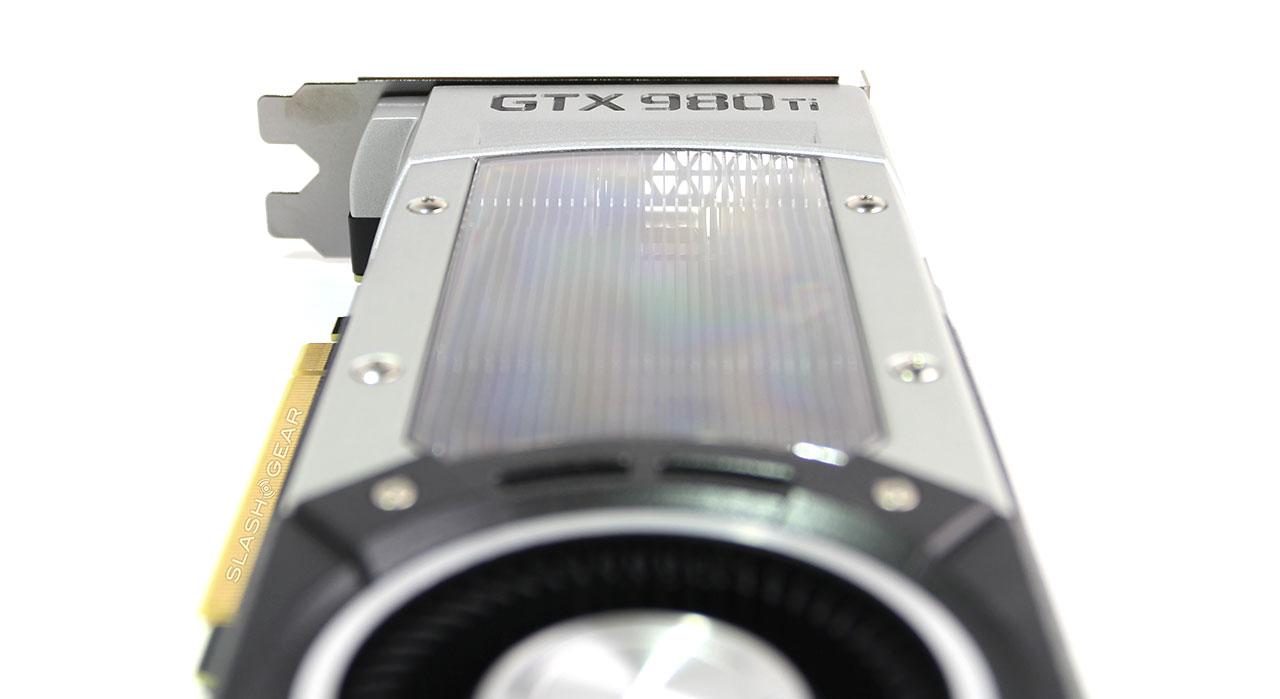