This week the folks at NVIDIA have revealed their NVIDIA GeForce GTX 1070 Ti graphics card with Pascal GPU technology inside. This graphics card is meant to be “sliding in between” the GTX 1080 and 1070 GPU cards already on the market, said NVIDIA today. This graphics card will be released first in an NVIDIA Founder’s Edition through NVIDIA stores in participating countries, available on reserve basically immediately.

The NVIDIA GeForce GTX 1070 Ti Pascal-based GPU rolls with a collection of high-powered specs. Inside are 2,432 cores and 8 GB of memory. That memory runs at 8Gbps, for a total bandwidth of 256 GB/s. This amalgamation of parts is made to overclock.

This system uses vapor chamber cooling as and an external design much like its predecessors, using the 1070’s 256-bit bus for an overall memory bandwidth of 256GBps as well. Meanwhile this card uses five-phase dual-FET power, the same as the GTX 1080 Founders Edition card.

Nearing the specs of the NVIDIA GeForce GTX 1080, this 1070 Ti is priced and spec’d to take on AMD’s Radeon Vega 56. Not to be left with a single price/power slot un-captured, NVIDIA’s GTX 1070 Ti card uses NVIDIA’s GP104 GPU just like the GTX 1080, but with a price that’s slightly under that slightly more powerful card. 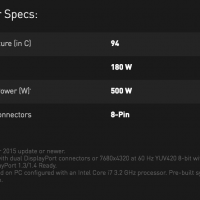 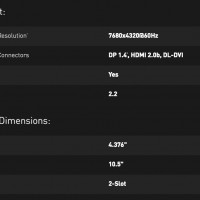 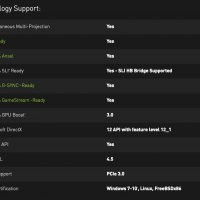 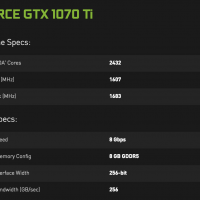