As reactions to Google Glass show, the world isn’t ready for ungainly wearable displays, but NVIDIA and researchers from the University of North Carolina think they’ve come up with a far more aesthetically pleasing – and discrete – alternative. Pinlight Displays promise not only to be far less clunky than suspending a tiny screen in front of the wearer, but offer a far broader field-of-view in the process, and even do it all cheaper than standard wearable displays.

Where existing head-mounted displays generally use a small panel either separate or integrated into the lens of the eyeglasses, Pinlight Displays are incorporated into the whole lens. There’s no need for beam-splitters, light pipes, or other bulky components.

Instead, the six-strong team came up with a way to combine a cheap LCD panel and a sheet of etched plastic. The latter is dotted with points which, when lit from the edge, each act as a tiny projector that beams content from the LCD straight into the wearer’s eye.

By tiling multiple points, Pinlight Displays can offer a 110-degree field of view, considerably broader than rival glasses. The upshot of that is more space for digital graphics to be overlaid onto your line of sight, rather than squeezed into just the central portion of the screen. 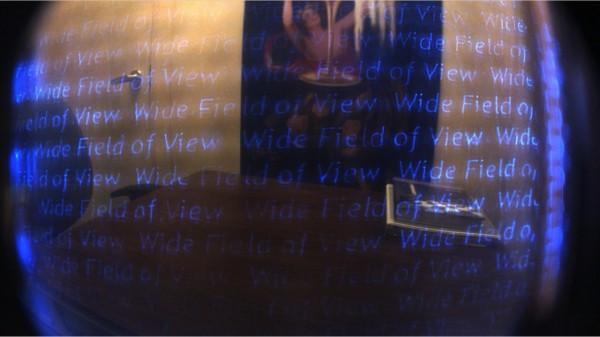 As you’d perhaps expect from a GPU-obsessed company like NVIDIA, there’s some computational finagling done on the source image to compensate for the unusual method of display. The bulkier v1 prototype demanded manual calibration, but a second, trimmer, v2 prototype uses eye-tracking which can both automatically calibrate depending on the wearer and increase resolution in the process.

The combined NVIDIA and University of North Caroline team will present Pinlight Displays at SIGGRAPH 2014 later this month. Exactly how close the technology is to the point where it could be put into production is unclear, though both the LCD and the etched plastic are comparatively simple to produce in contrast to tiny projector systems or other micro-displays.

It’s not the only interesting screen experimentation we’ve seen from NVIDIA in recent weeks. The company demonstrated a low-cost method to make high-resolution displays by layering several cheaper LCDs, billing the system as ideal for wearables like Oculus Rift where increased resolution means more immersive gaming and entertainment experiences.

Like with Pinlight Displays, the stacked LCDs require some degree of extra processing in order to take the video input and convert it into something the multiple panels can show, though given NVIDIA is pushing the computational grunt of chips like the Tegra K1 that comes as little surprise. 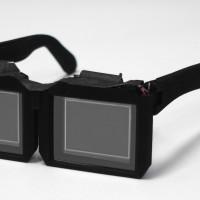 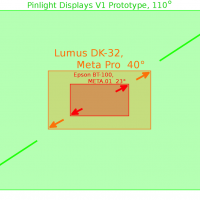 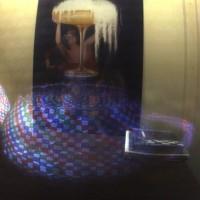 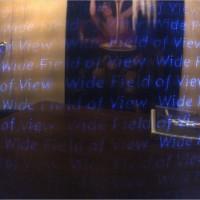 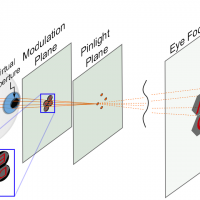 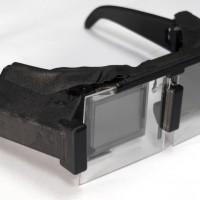 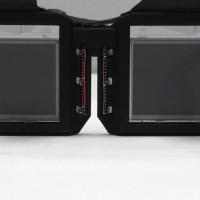 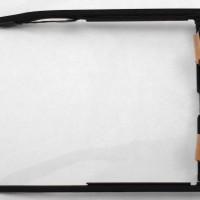