Using NASA’s Nuclear Spectroscopic Telescope Array (NuSTAR), researchers have uncovered five new supermassive black holes and the potential for many more. This research, led by astronomers at Durham University, United Kingdom, suggests that not only are there five supermassive black holes that’d been previously undiscovered. They also suggest that there’s a whole galaxy of black holes that are just lying in wait, clouded by dust, awaiting the eye of NuSTAR to de-dust or otherwise see through their guise to uncover them.

What makes NuSTAR different from most telescopes here on our planet Earth is its ability to use highest-energy X-rays. With these X-rays, NuSTAR is able to penetrate through gas and dust – the same gas and dust that “enshrouds” the supermassive black holes revealed this week by CalTech. “Thanks to NuSTAR,” said George Lansbury of Durham University, “for the first time, we have been able to clearly identify these hidden monsters that are predicted to be there, but have previously been elusive because of their surrounding cocoons of material.”

Lansbury is the lead author of the findings as published by The Astrophysical Journal.

ABOVE LEFT: “A color image from NASA’s Hubble Space Telescope of one of the nine galaxies targeted by NuSTAR in search of hidden black holes.” ABOVE RIGHT: “An artist’s illustration of a supermassive black hole, actively feasting on its surroundings. The central black hole is hidden from direct view by a thick layer of encircling gas and dust.”

BELOW: Artists rendering of NuSTAR. 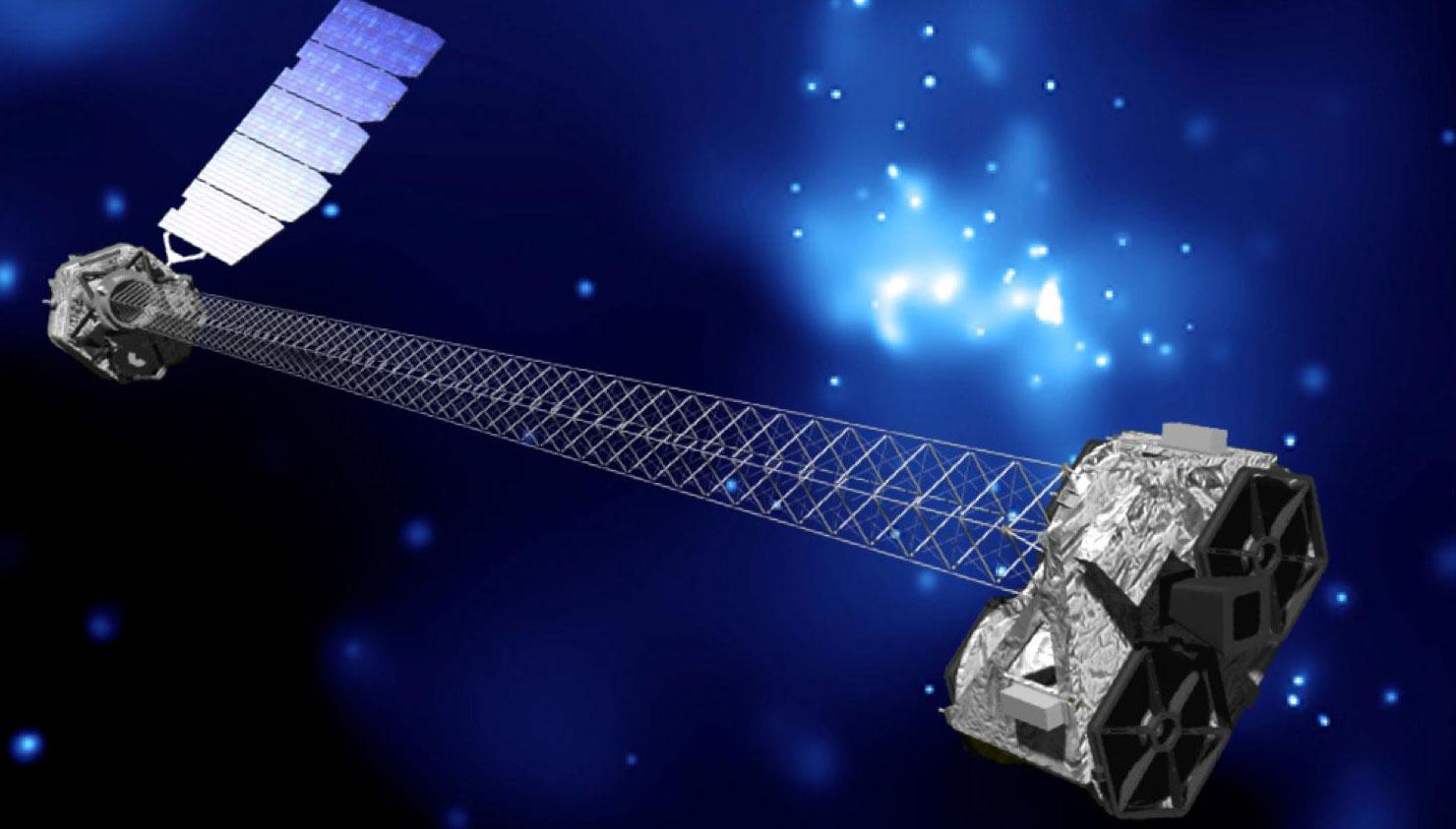 Daniel Stern, project scientist for NuSTAR at NASA’s Jet Propulsion Laboratory in Pasadena, California, said, “high-energy X-rays are more penetrating than low-energy X-rays, so we can see deeper into the gas burying the black holes.”

“NuSTAR allows us to see how big the hidden monsters are, and is helping us learn why only some black holes appear obscured.” The research set to be published by The Astrophysical Journal was funded by the Science and Technology Facilities Council.

See the timeline below for other recent reports on supermassive black holes both near and far.