Once in a while, one company stumbles onto a new technology that pulls the rug out from under their industry – and sparks plenty of competitors trying to do the same. For Nura, that innovation centered on how it could create truly personalized hearing profiles simply by having people sit through a series of beeps and boops while wearing their headphones. Headphones offering personalized audio has since then popped up left and right, pushing the company to step up its game. That next level comes in the form of the NuraLoop, a pair of around the neck earbuds that brings Nura’s technology to a more discreet and more personal wearable device.

Nura made heads and ears turn with the odd design and the even more fantastic premise of the Nuraphones. Its mushroom-like “inova” (in and over architecture) design implemented what scientists have been talking about for decades. More than just audio receptors, our ears in fact bounce back tiny sounds that are formed by the unique shape of each person’s ears and the audio input they receive. This allows the Nuraphones to create a very effective hearing profile that fine-tunes audio settings to match your ear’s physical characteristics. 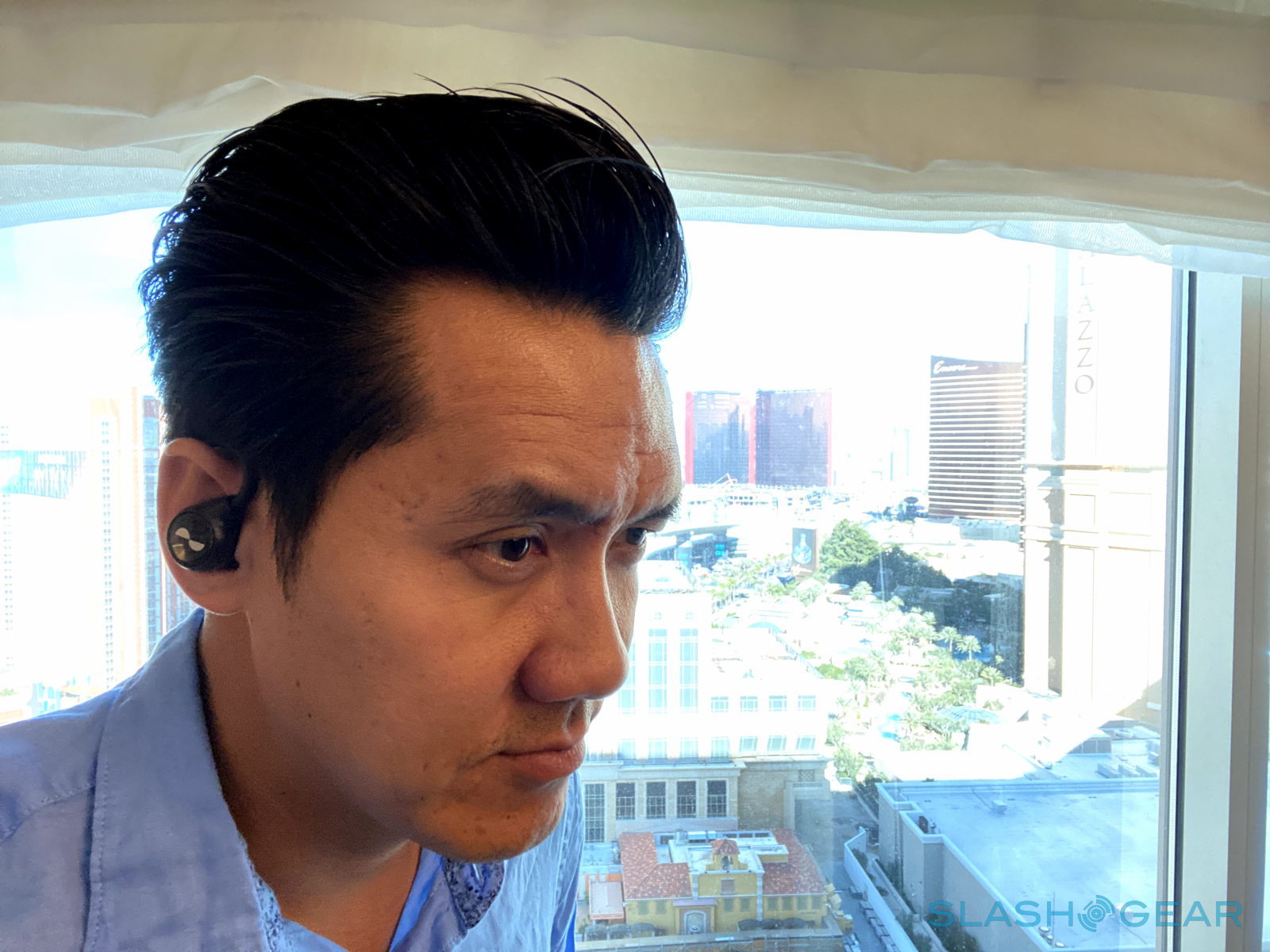 That seems practical with over-the-ear cans, but it seems difficult to believe that this same premise is at work in the NuraLoop earbuds. Still, that’s exactly the promise that the company is making. You simply put the earbuds in, which automatically activates them, and then go through the pairing and testing process with the mobile app. 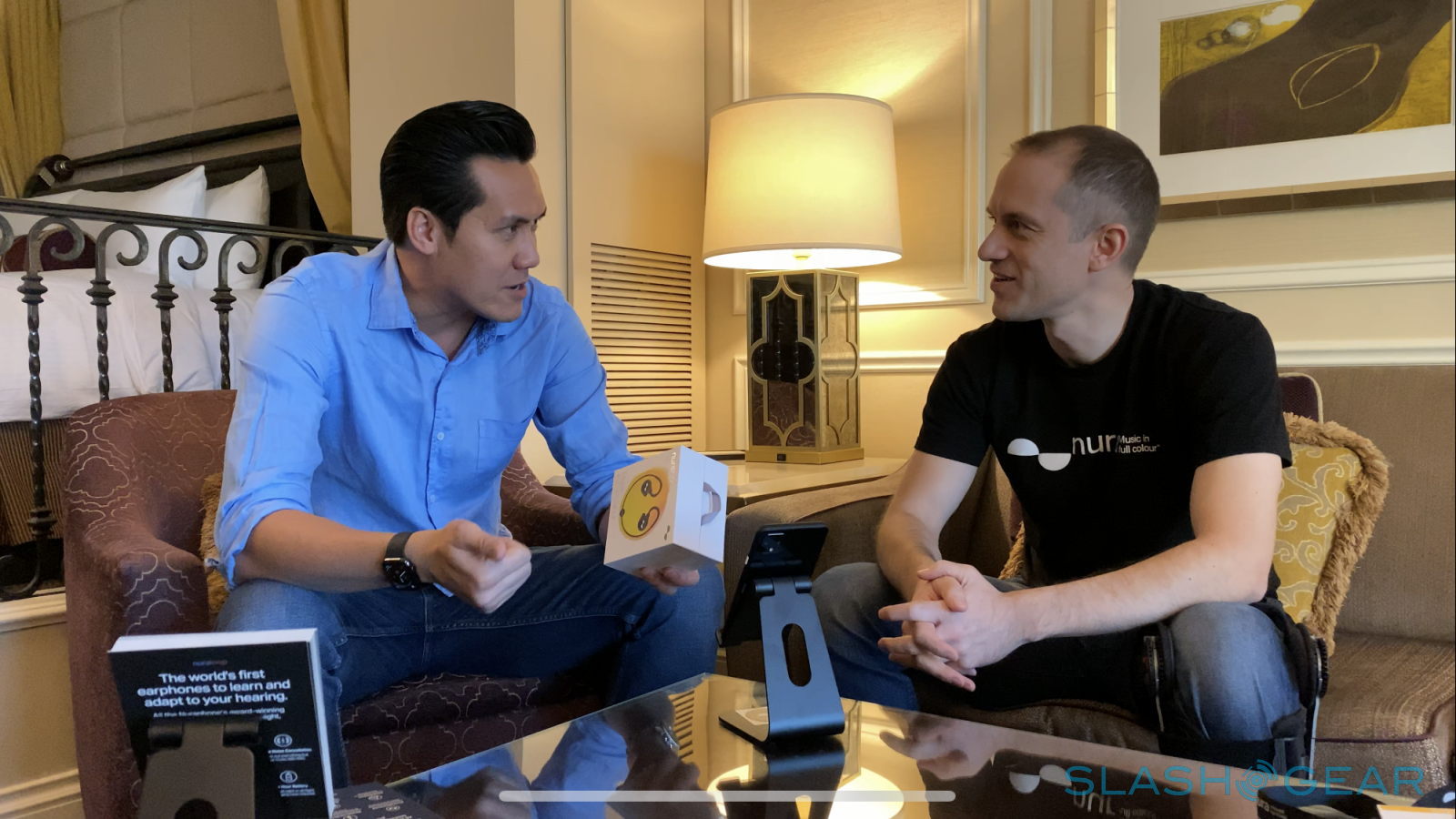 In my one-on-one time with Nura at CES 2020, that was definitely the case – albeit with one caveat. The hearing test requires a tight seal with the buds and that could be affected both by the size of the tip used as well as the position of the buds themselves. We had to do the test twice due to those factors but, thankfully, the app can helpfully detect abnormalities during the setup process. 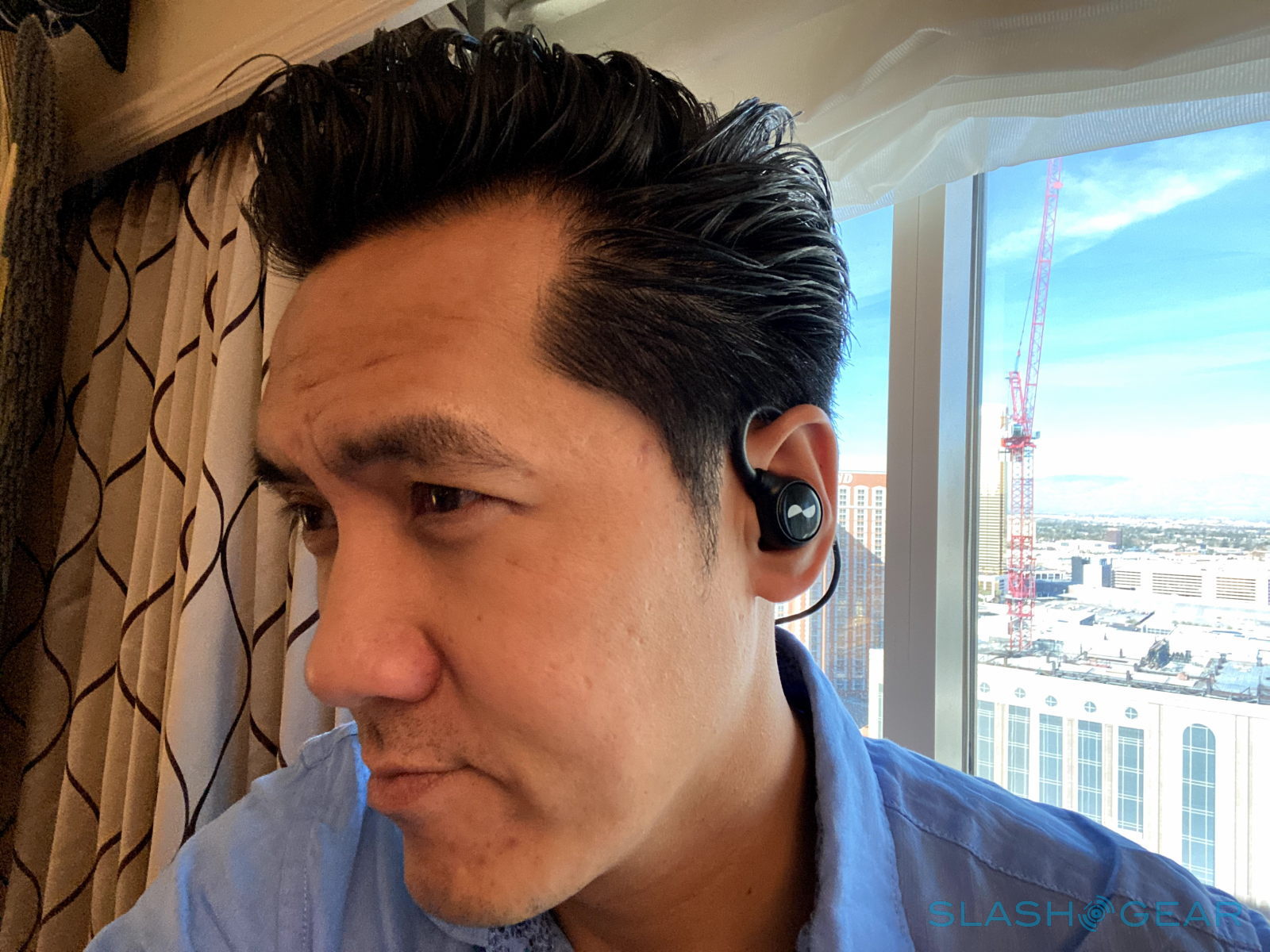 The end result was just as impressive as the Nuraphones we reviewed last year, a mind-blowing achievement considering the earbuds are a fraction of its size and half the price. It is one of those “to hear is to believe” situations given how truly personal each profile can be. Try loading someone else’s profile on the app and you’ll immediately hear a marked difference. 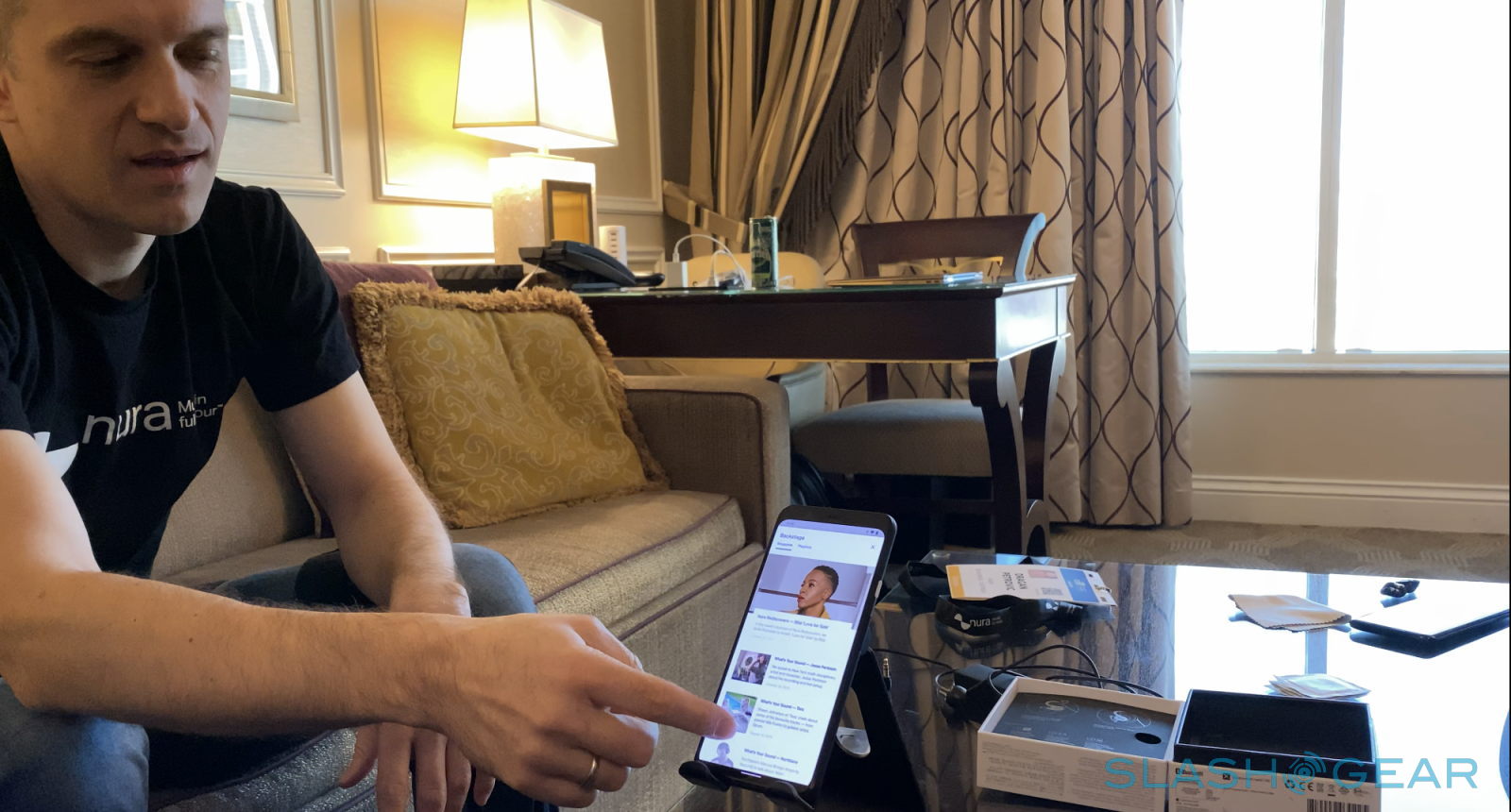 It can’t be all perfect, right? It may not be, depending on your particular needs in Bluetooth earbuds. Nura is quite confident about the stability of the entire setup, but the somewhat hefty build and flat buds might not spark that much confidence when you move around a lot. Fortunately, the flexible wire joining the two buds can be bent to hang on to the ears for backup. 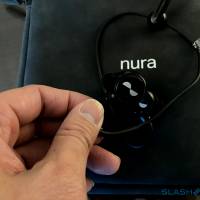 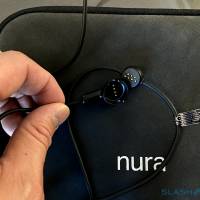 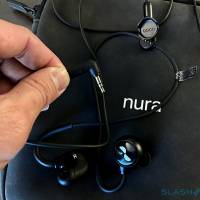 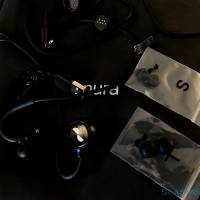 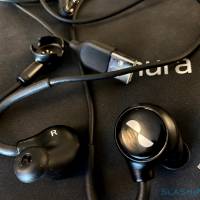 Despite the diminutive size, the NuraLoop packs quite a wallop when it comes to features. In addition to taps, the buds also feature a touch-sensitive edge you can use to “dial” volume up or down, though, given the small surface, it might be hard to touch the right part without activating some other function. The buds also feature a “Social Mode” that turns off ANC and allows ambient sound to pass through; that’s useful if you’re on a place and need to quickly hear an announcement or a crew instruction. The most intriguing part of the hardware, however, is the circle on the back which supports magnetically clipping on a cable that ends in 3.5mm jack, turning the wireless earbuds into a wired one when needed. 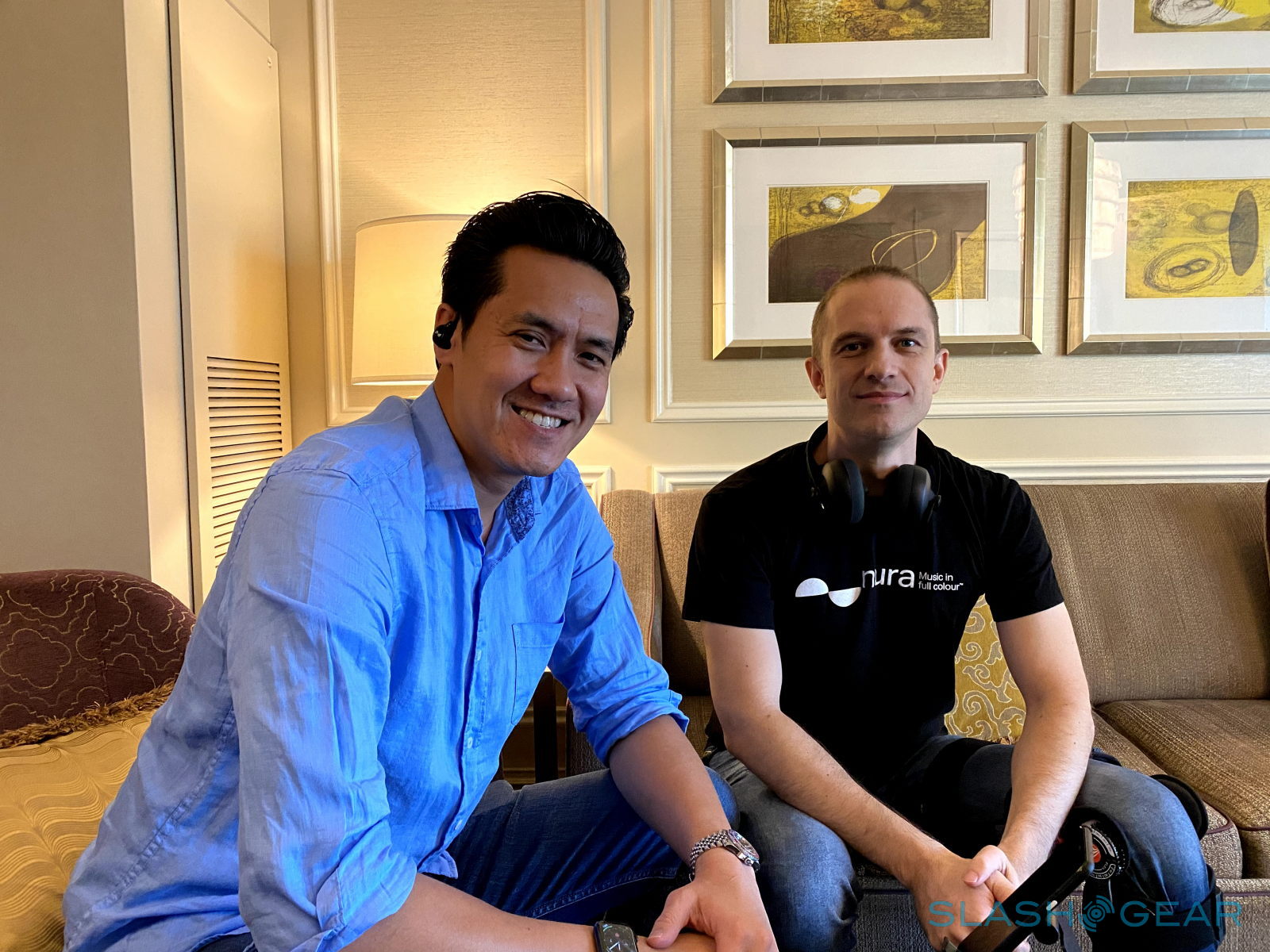 All of that comes at a $199 price tag. The earbuds, however, have been delayed twice now, which has kept some would-be wearers waiting. Still, Nura is confident that it can finally deliver this quarter, giving everyone a chance to experience what it sounds to have audio that is personally tuned for you.