Rarely do you need to review a product twice, even electronic devices that receive occasional or regular software updates. There are rare times, however, when an update changes the game so significantly that it almost feels like you’re using a completely different and newer product. That’s the miracle that Australian startup Nura tried to pull off with the G2 update to its already groundbreaking wireless headset. But does the nuraphone G2 leave up to the company’s own high standards? We prick up our ears to find out.

They say don’t judge a book by its cover and that is especially true with Australian company nura’s crowdfunding success, the nuraphone. On the outside, it looks like any other large over-the-ear Bluetooth headphones but look inside and you’ll see something almost literally alien. We’ll get to that later, though.

The nuraphone feels as solid as it looks. The steel headband has just enough spring to it without fearing it’ll bounce off your head. The silicone rubber ear cups comfortably clings to the area around your ear, which forms the headphone’s passive noise cancellation barrier.

It is, however, as heavy as it is solid. At 329 g, it is on the heavier side even compared to its over-the-ear peers. It’s not uncomfortably heavy, mind, at least not immediately. Given its heft and the rather unconventional design, you might find yourself wanting to give your ears and head a rest after a few solid hours of use.

The nuraphone’s most important design, however, and the part that physically makes its most important feature possible, is what nura calls “inova”. That’s short for “in and over architecture” and it accurately describes the way the headphones combine both over-the-ear cups and in-ear buds in one, creating the alien mushroom-like design inside the cups. The buds hang inside your ear canal but don’t anchor in it as most earbuds do. Instead, they hang from the cups and are almost suspended in the air inside the canal (unless you have a small opening). That means they can jiggle a bit and might get a bit of getting used to, which may add to the slight discomfort from prolonged use.

The design isn’t just for show though. The nuraphone utilizes two audio drivers, 15 mm for the in-ear buds and 40 mm for the over-the-ear cups. Each part delivers different audio ranges as well. The buds deliver the mids and highs while the cups take care of the bass. Specifically, the latter does so through tactile vibrations that “transmit” the audio through your skin rather than directly into your ear. This separation of duties plays an important role in the nuraphone G2’s most important new feature: active noise cancellation.

But before we get to the new features that came via the G2 update, we have to first talk about what makes the nuraphone really special. And no, it’s not just the design, though that plays an important part. No, the nuraphone’s special sauce is its personalized audio profiles fine-tuned to your unique ear traits and hearing capabilities. 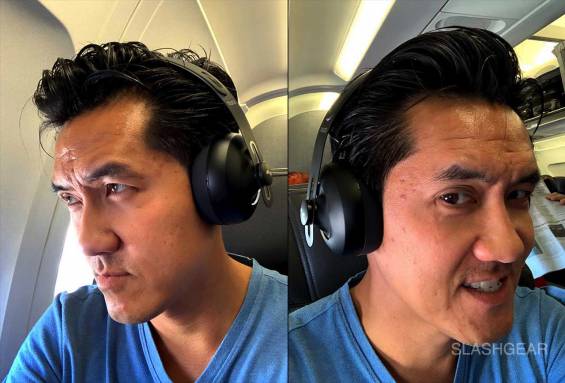 Many headphones and audio equipment promise such personalize profiles but nura takes that promise to a whole new, automated, and scientific level. It uses the same otoacoustic emission principles used in hearing tests for infants to form that audio profile. In a nutshell, our ears reflect a small amount of sound back out through the canal and those audio signals can be used to determine your particular hearing capabilities. The nuraphone has very sensitive mics inside that listen to this “echo” to develop your profile.

This isn’t completely new, though, as some hearing aids and headphones do offer personalized hearing profiles. The key difference to nura’s proposition is that it does it all for you. When you set up a hearing profile, the mobile app will play some audio samples to listen for those reflected sound waves. All you need to do is to put on the headphones properly (it will tell you if it detects your ears aren’t properly sealed) and it will do all the rest on its own. No answering questions or turning sliders.

The test takes at most two minutes and you can have three unique profiles at a time. You can switch between profiles any time but that requires doing it on the mobile app. You should try to do the hearing test in a quiet room and make sure you don’t have a cold or any other illness, as it will produce a completely different profile because of how those affect the flow of sound in your ear. That said, it does mean that, even if you’re sick, you can still get a highly personalized and accurate hearing experience tuned for your condition at the time. Just remember to switch back to a “normal” profile when you get well.

It’s harder to review headphones with personalized audio profiles exactly because those can vary from person to person. Comparing them with generic headphones would be unfair and turning off the profiles on the nuraphone G2 produces one of the flattest and least convincing results that doesn’t do a $400 headphone any justice. In fact, it would be insulting.

The most glowing appraisal of the nuraphone G2 would have to be that it delivers exactly as promised. It creates a hearing profile fine-tuned to your acoustic sensibilities that won’t work with someone else’s (you can let them create their own profile to test it, though). But when the profile is in use, the effects are breath-taking. Vocals and instruments are crisp and clear. Mids and bass are solid and literally palpable. And thanks to the dual drivers, the two don’t drown out each other.

In addition to keeping audio ranges separate, the second, over-the-ear driver also has some special tricks. Nura calls it “Immersion Mode” and it lets you experience what it would be like to be at the front of the crowd, like in a concert. It does so by cranking up the bass using an actuator in the cups. Considering how sound is there delivered through the cups, you literally feel the music on your skin. It’s a double-edged sword. It works as advertised but it does also increase the vibrations you’ll feel. For almost all cases, turning it off or even just at half intensity was good enough.

Noise out, people in

The duality of the nuraphone G2’s “inova” feature also comes into play in the latest firmware update. As mentioned in an interview with co-founder and CEO Dragan Petrović, active noise cancellation was on their radar but wasn’t initially promised. In the end, they were able to implement a new feature that works just as well, sometimes even better, than the competition without having to develop and buy new headphones.

Most ANC implementations cancel out low-frequency noise by applying an opposing wave. While effective, this method tends to produce a high-frequency “hiss” as a side effect. The nuraphone’s implementation, however, is different. It simply doesn’t deliver the low-frequency noise to your ear, thanks to the fact that it never delivers low-frequency ranges to your ear in the first place. The result is a different kind of ANC that’s a bit milder than the competition (the Bose QuietComfort 35 II for example), but still works well enough. The passive noise canceling produced by the earbuds and cups also do a good job at blocking out higher frequency sound.

The major G2 update also introduced a new feature that could be seen as the anti-thesis of active noise cancellation. Nura calls it “Social Mode” and it lets sound in instead of blocking them out. More specifically, it uses the headphone’s mics to allow voice to pass through uninhibited and lowers the audio volume automatically. As you can probably guess, it’s meant to be used for making conversations less painful. In practice, however, it isn’t as impressive as the ANC implementation and the volume doesn’t go low enough to hear words clearly. You might be better off taking off the nuraphone in the process. Fortunately, it’s smart enough to pause the music when you do.

The nuraphone G2’s design is pretty minimal. It has no buttons and doesn’t even have any lighting. The latter is perhaps one of its biggest design flaws, with no immediately clear way to see how much battery you have left or if it’s on or not. Not that you’d have to worry about the nuraphone’s battery life as it can go on and on. It promises 20 hours of continuous use and you’re unlikely to use it that long for your own comfort. In other words, it goes on and on and on.

What the headphones have in lieu of buttons and indicators are touch-sensitive surfaces and motion sensors. Take off the nuraphone and it will pause playback. Put them back on and you will be greeted and informed about the current battery level, which is the only way you’d know without looking at your phone. The problem with such automated features is that they can sometimes fail. For example, the nuraphone might mistakenly interpret hanging around your neck as being on your head.

Of course, you could also just tap on either of the two flat circles on each ear cup. These are touch-sensitive surfaces that can be assigned any control, including Immersion Mode, Social Mode, and, with the latest G2 update, volume up or down. Sadly, their vocabulary is limited to single and double taps for a total of only four actions. Before the update, those touch-sensitive “buttons” were also too sensitive. Fortunately, that’s now fixed to wait for a slight delay in case you or someone else brushed on the surface by accident.

At $399, the nuraphone G2 isn’t exactly wallet-friendly and there might be more affordable alternatives that offer some features with a bit of compromise. The $350 Bose QuietComfort 35 II is still widely regarded for its ANC capabilities and there are even cheaper headphones with “good enough” performance to satisfy some audiophiles. 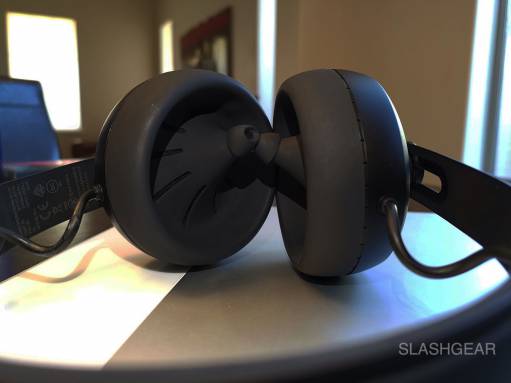 But “good enough” isn’t “great”. The nuraphone G2, fortunately, delivers on everything it promises so it isn’t exactly wasted money. You’d be hard-pressed to find headphones that offer such accurate hearing profiles that need neither your input nor that of a professional to create. And you’d be even more hard-pressed to find a company that is willing and able to deliver software updates that completely change the gaming, making you feel like you bought an upgraded pair, all for the price of free.