Bedroom DJs desperate to plug their iPads into something musical may find Numark’s new iDJ Live to their liking, a dual-deck portable DJ rig intended to make mixing audio more straightforward. Working with the iPad, iPhone and iPod touch, there’s a mixer, various effects and bass/treble knobs and other control buttons.

Software-wise, Numark expects most people to use the iDJ Live with algoriddim’s djay app, though it’ll also work with any software that can handle CoreMIDI signals. A split-cable is included so that you can listen to the currently playing track as well as cue up the next one.

To be fair, it’s unlikely to make you a superstar DJ, but – while Numark is yet to announce final MRSPs – we’re guessing it’s not going to be an expensive accessory. More information on the djay app here, which supports beat detection as well as an automatic mixing mode if you’re feeling particularly lazy. 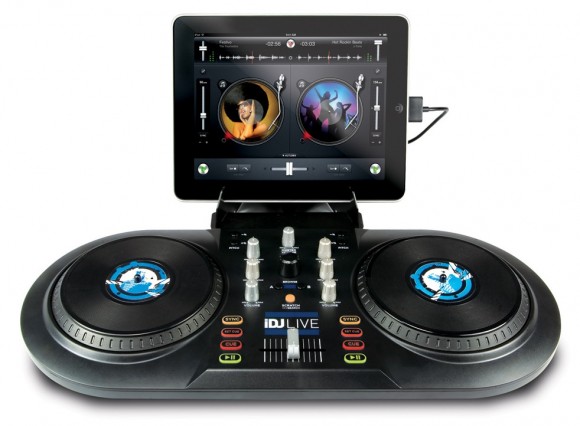