GM’s OnStar is expanding beyond the car, with OnStar Guardian safety features now available for anybody willing to subscribe – regardless of which automaker’s fob is on their keychain. Launched last year, OnStar Guardian brings services like crash detection to a smartphone, though until now you’d need to be a GM vehicle driver to access it.

From today, though, anybody in the US and Canada with an iOS or Android device can sign up to OnStar Guardian. They’ll get features like automatic recognition should the phone’s sensors detect a collision; if you’re using an Android device, it will automatically contact the emergency services for you.

There’s also roadside assistance for any vehicle, such as for flat tires, jumpstarting, or if you get yourself locked out. They can also arrange to have fuel delivered, should your tank run dry unexpectedly. A prominent Emergency button contacts OnStar’s Emergency-Certified advisors, who can talk subscribers through medical advice such as critical first-aid. 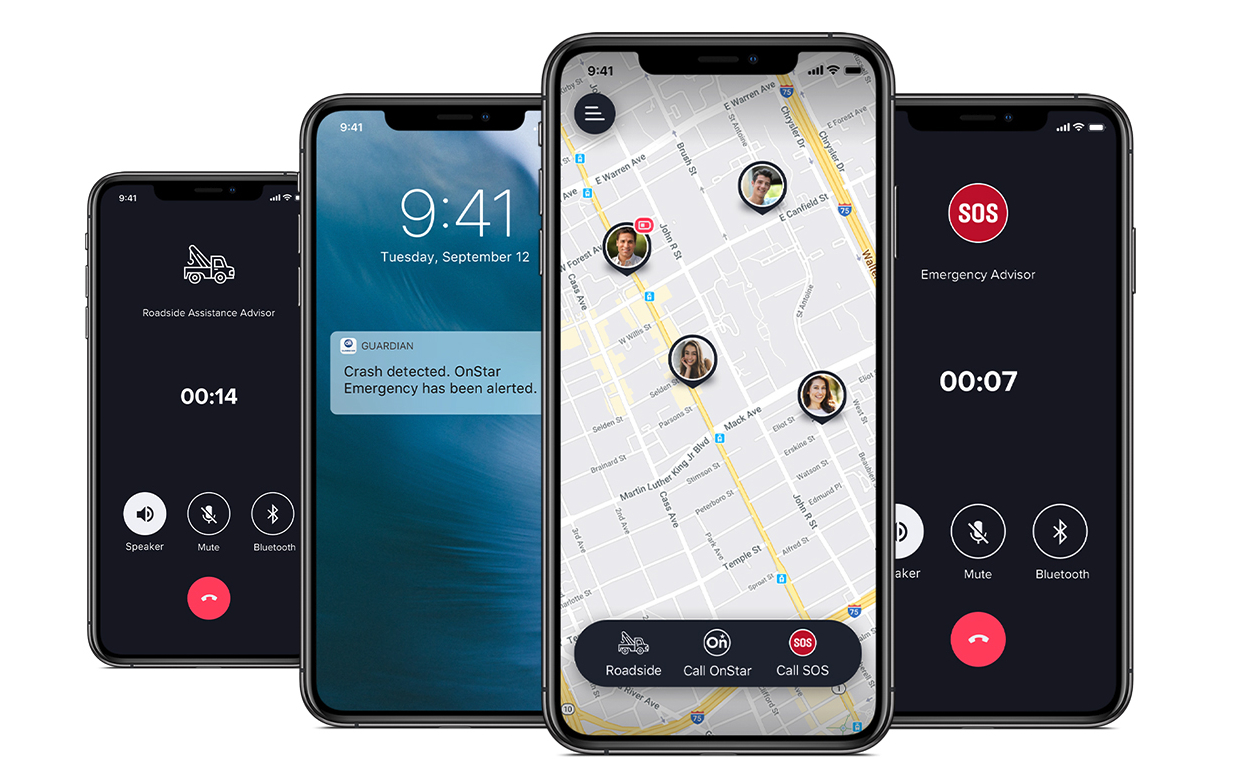 For location, there’s the ability to share your position with a “My Family” group. Later this month, GM says, there’ll also be the ability to save and share favorite locations on that map, along with getting notifications for destination departures and arrivals of members of that group.

[Update: OnStar tells us that non-GM owners will be able to get a Guardian subscription for $15 per month, whereas GM vehicle owners will likely pay $29.99 for the OnStar Safety and Security plan – though they’ll get other, vehicle-specific functionality like Stolen Vehicle Assistance, Crisis Assist, and Turn-by-Turn Navigation for that as well. If they want to forego those extras, they can also subscribe at $15/mo and simply have access on their phone.]

It’s an interesting move for GM, which has previously used OnStar as a key differentiator for vehicles from its various brands. Launched in 1996, it originally was pitched as a way to get emergency services, vehicle diagnostics, and directions within the vehicle. Over time, features like automatic crash recognition – tapping into onboard equipment like the airbags and other sensors – were added, and there’s also stolen vehicle tracking.

Later, OnStar added the ability to remotely shut off the ignition of a vehicle, if it had been stolen. More recently, GM used OnStar as the basis of its connected car services, such as remote access via smartphone app, vehicle location tracking, and integrated Amazon Alexa support. Users can also subscribe to 4G LTE service, and share that using the car’s integrated WiFi hotspot.