Today we’re getting a better look at the furthest space object viewed relatively up-close by a human-made craft: Ultima Thule! This space body – likely made of mostly ice-like material – is out beyond Pluto. This double-rock-looking hunk was captured in images by the NASA mission New Horizons – a mission whose primary target was our distant cousin Pluto.

Today we’re looking at some 3D action on the Ultima Thule tip. This release is using some of the closest images of the contact binary, giving us a better idea of what it looks like in a new dimension. The term “contact binary” refers to the two-body form of Ultima Thule – where it’s clear this form was created when two space bodies collided (or at least made contact in a way that made them travel together from that point forward).

Above you’ll see a moving GIF image made by a forum member over at Unmanned Space Flight dot com – at the forums over there. They’re going in deep on discussions about Ultima Thule as new images arrive at Johns Hopkins, one by one. NASA is working with the New Horizons team at Johns Hopkins University Applied Physics Laboratory. There they’ve got the raw images appearing as soon as they’re uploaded by the team.

Also in the mix is another 3D image released later in the day – this time by NASA. This image included the following text: “Credit: NASA/JHUAPL/SwRI. In this animated GIF of Kuiper Belt object Ultima Thule made from two images taken 38 minutes apart, the “Thule” lobe is closest to the New Horizons spacecraft. As Ultima Thule is seen to rotate, hints of the topography can be perceived. The images were taken by the Long-Range Reconnaissance Imager (LORRI) at 4:23 and 5:01 Universal Time on January 1, 2019 from respective ranges of 38,000 miles (61,000 kilometers) and 17,000 miles (28,000 kilometers), with respective original scales of 1017 feet (310 meters) and 459 feet (140 meters) per pixel.”

The images you’ll see next show two views of Ultima Thule side-by-side. Information below each image corresponds with the image said information is just below. These images were put together by astrophysicist Dr. Brian May. 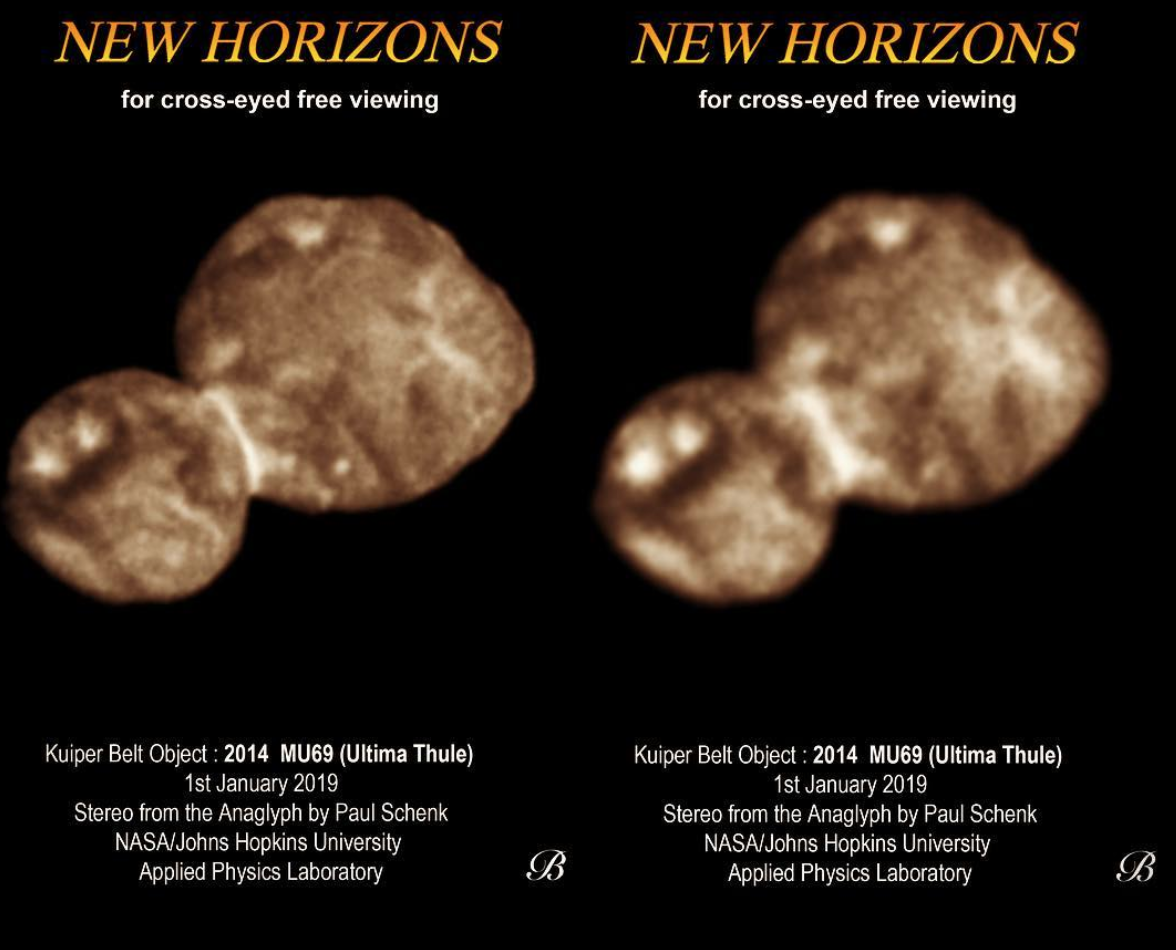 Brian May is an astrophysicist as well as a rather prolific musician. Yes, that Brian May. Lead guitarist of the legendary rock group Queen. He’s an astrophysicist working with NASA on this mission. “This mission is about human curiosity,” said May this week. “The need of mankind to explore and see what makes the universe tick. My song is an anthem to the human endeavor.” Below you’ll see and hear Brian May’s first music track released in decades. What a glorious pairing!

Finally we’ve got a 3D image – in stereo. If you’ve got a pair of stereo 3D glasses, you’re in luck. One eye blue, one eye red, and you’ll be good to go. These images were captured by New Horizons’ Long-Range Reconnaissance Imager, LORRI, just like the rest of the images we’ve seen so far. 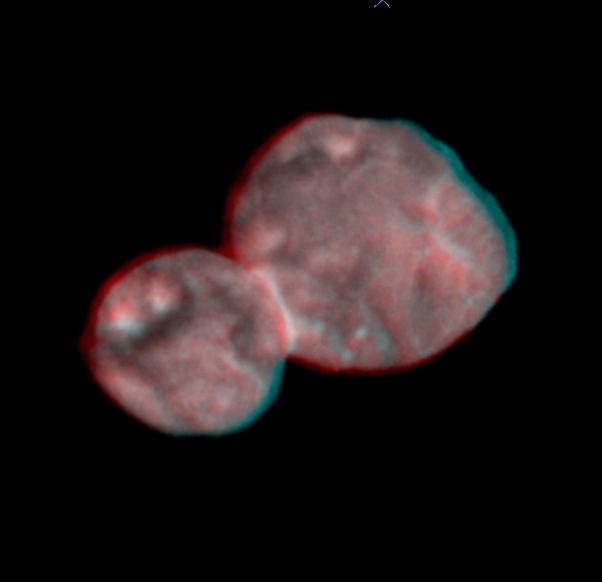 Check the timeline below for more information on Ultima Thule, and stay tuned as we get closer and closer with each passing day!