Now there’s a working BB-8 model made of Lego

You would think by now that even Star Wars fans are getting tired of all the BB-8 toys and merchandise coming out, especially since The Force Awakens has been out for over two months now. But then again, that rolling droid with the floating head is just too adorable. Now there’s another working model of BB-8, but this time made completely out of Lego bricks!

Don’t get your hopes up just yet, Lego fans, as this isn’t an official set you can buy — not yet, at least. This creation comes from YouTube user Mark Smiley, and not only does Lego BB-8 roll, but its head stays upright through the use of magnets. See it action in the video below.

Those who’ve collected previous Star Wars Lego sets may notice that the round shell that makes up BB-8’s body isn’t an existing piece. The builder notes that he had to use a round Tatooine part from an older podracing set, then adapt it to feature the droid’s colors and markings. The head, meanwhile, is a cockpit dome. It’s actually a pretty clever solution. 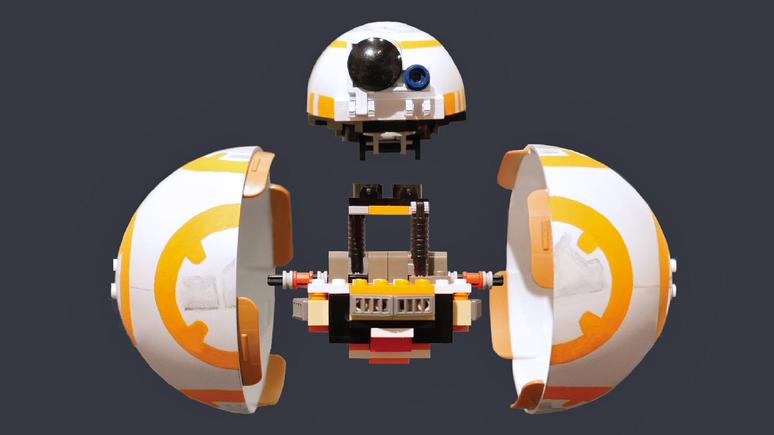 Smiley says that his BB-8 was 100% built from existing Lego parts, and while there’s no motor inside allowing it to roll on its own, à la Sphero’s popular model, he did build a little display platform with wheels and a hand-crank to showcase its movement.

The good news is that the prototype has been submitted to Lego Ideas, the toy company’s site where users can post their projects, and if they receive support from 10,000 people, they’ll be considered to actually go into production. As of now the project already has 1,600 votes, with well over a year and half of time left before the project is closed. Seems like this BB-8 is well on its way to seeing an official release.