Apple is making notifications smarter, with new ways for alerts to be shown on the lock screen, as well as new Focus modes to filter through notifications depending on what you’re doing. The update will arrive in iOS 15, which Apple announced officially this morning at WWDC 2021.

Rather than a single list of all your alerts, iOS 15 will filter them out. There’ll be profile photos for messages and calls from contacts, along with larger app icons so that it’s easier to see which software is responsible. 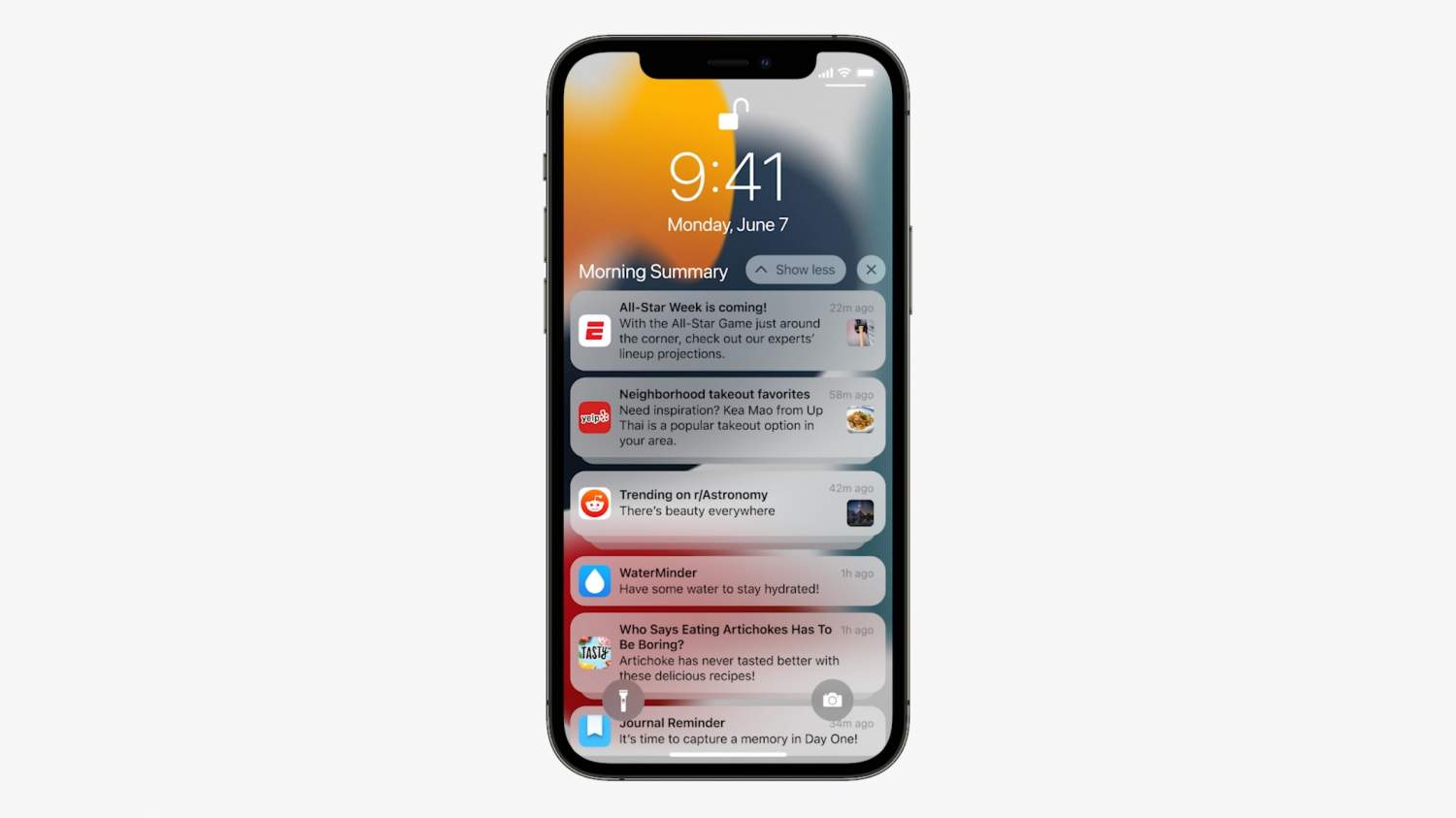 Since not every notification is time-pressing, there’ll be filtering to separate out things you might want to see as they come in, and notifications that you could comfortably look at later. iOS 15 will use on-device machine learning to figure out the difference, and you’ll be able to set a time when you might want to review the less time-sensitive notifications. 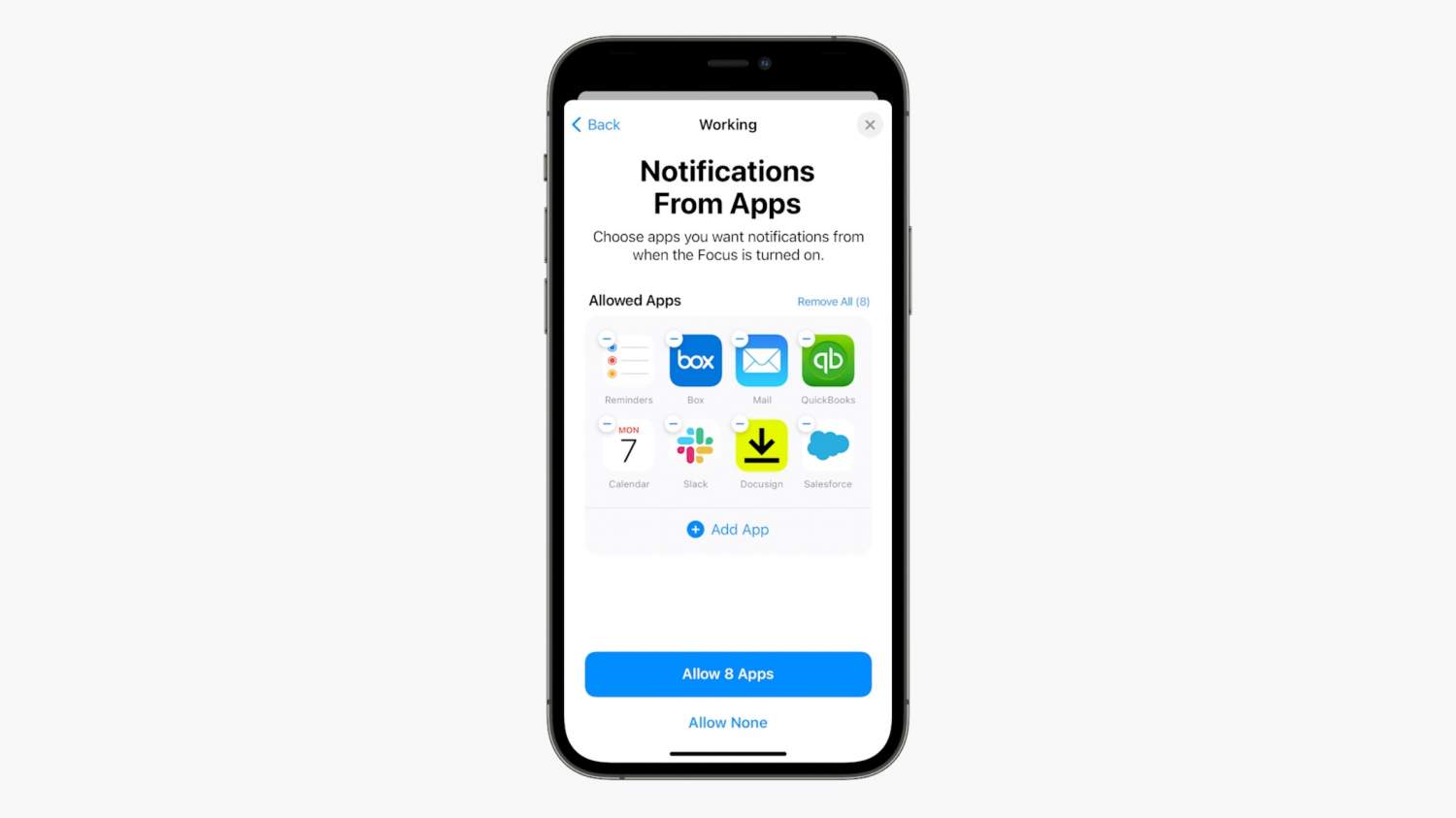 Of course, there’s also Do Not Disturb, which will be able to filter out everything but the most important contacts. In Messages, for example, iOS 15 will now show other people in the conversation when you have Do Not Disturb activated. They’ll still be able to override that if the subject is very urgent. 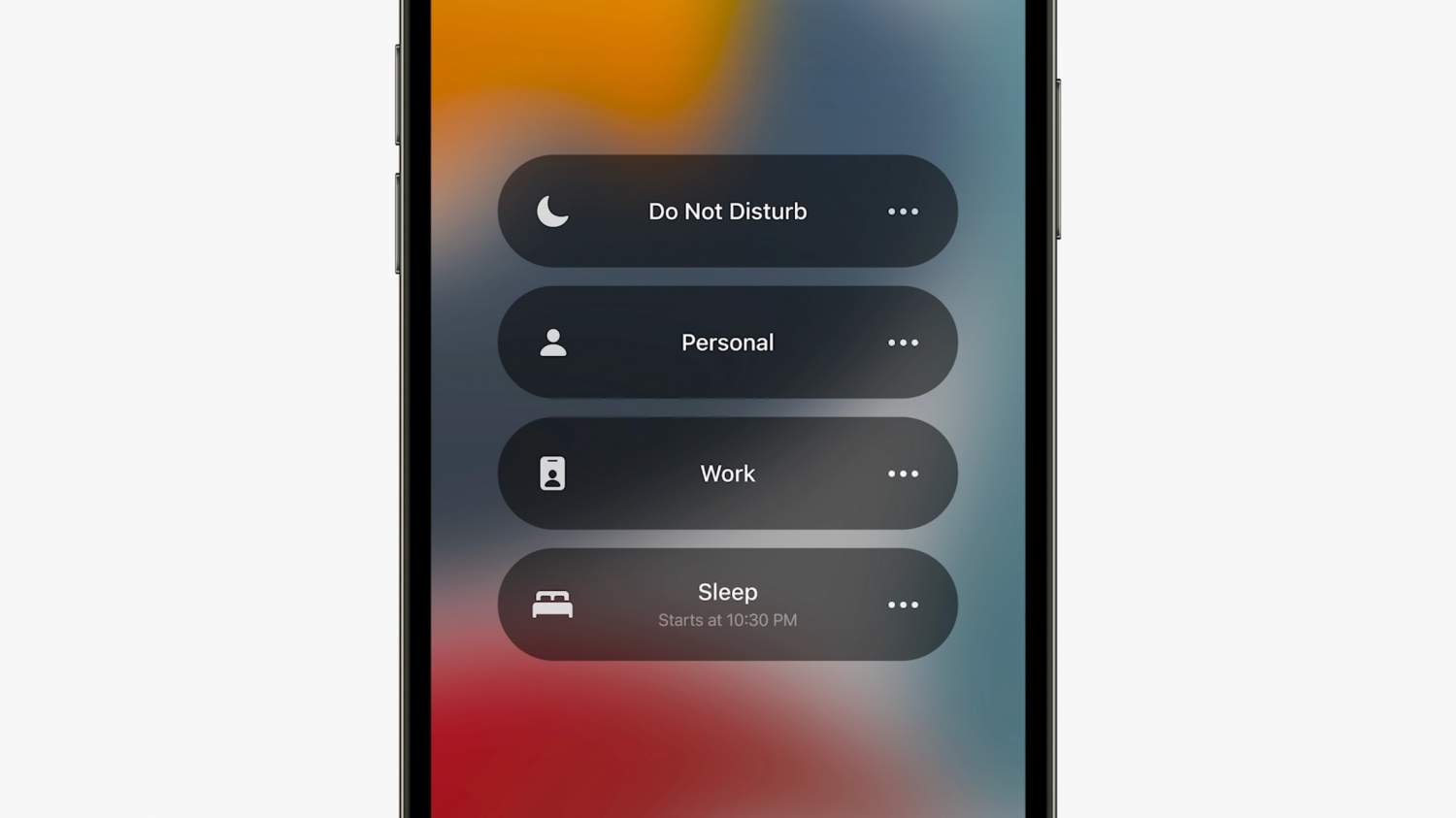 Beyond that, though, Apple is adding more granular controls, with a new feature called Focus. Focus basically extends Do Not Disturb, with different modes for things like Work or Home. That will use on-device intelligence to decide which notifications and alerts are relevant to the current Focus mode you’re in: business apps, for example, will have their alerts sound in Work mode, while social apps might now. 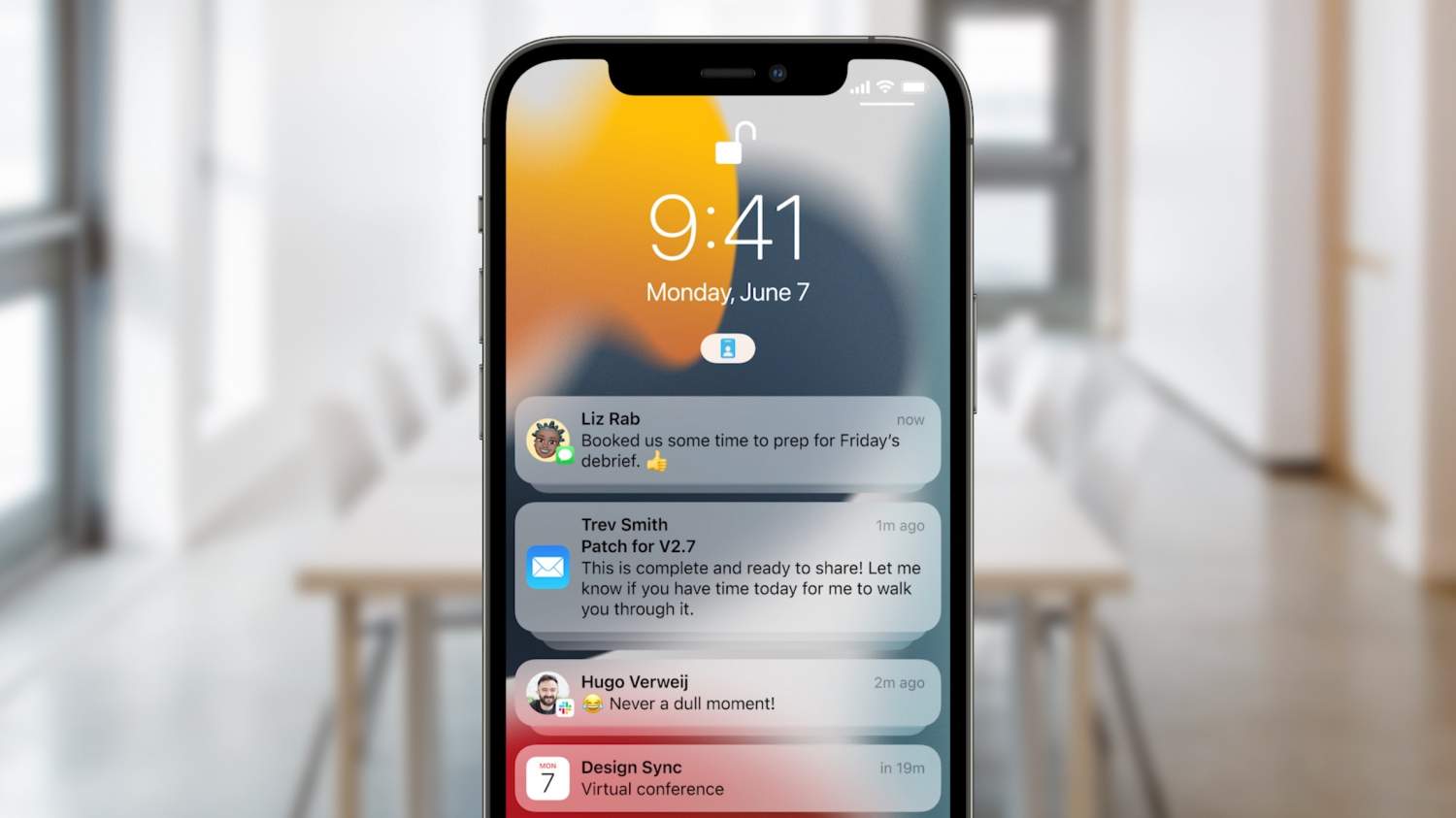 You’ll be able to activate each Focus mode manually, but iOS 15 will also automatically switch between them depending on things like location and context. Focus modes created on one device will be synchronized across all other devices you’re signed into. 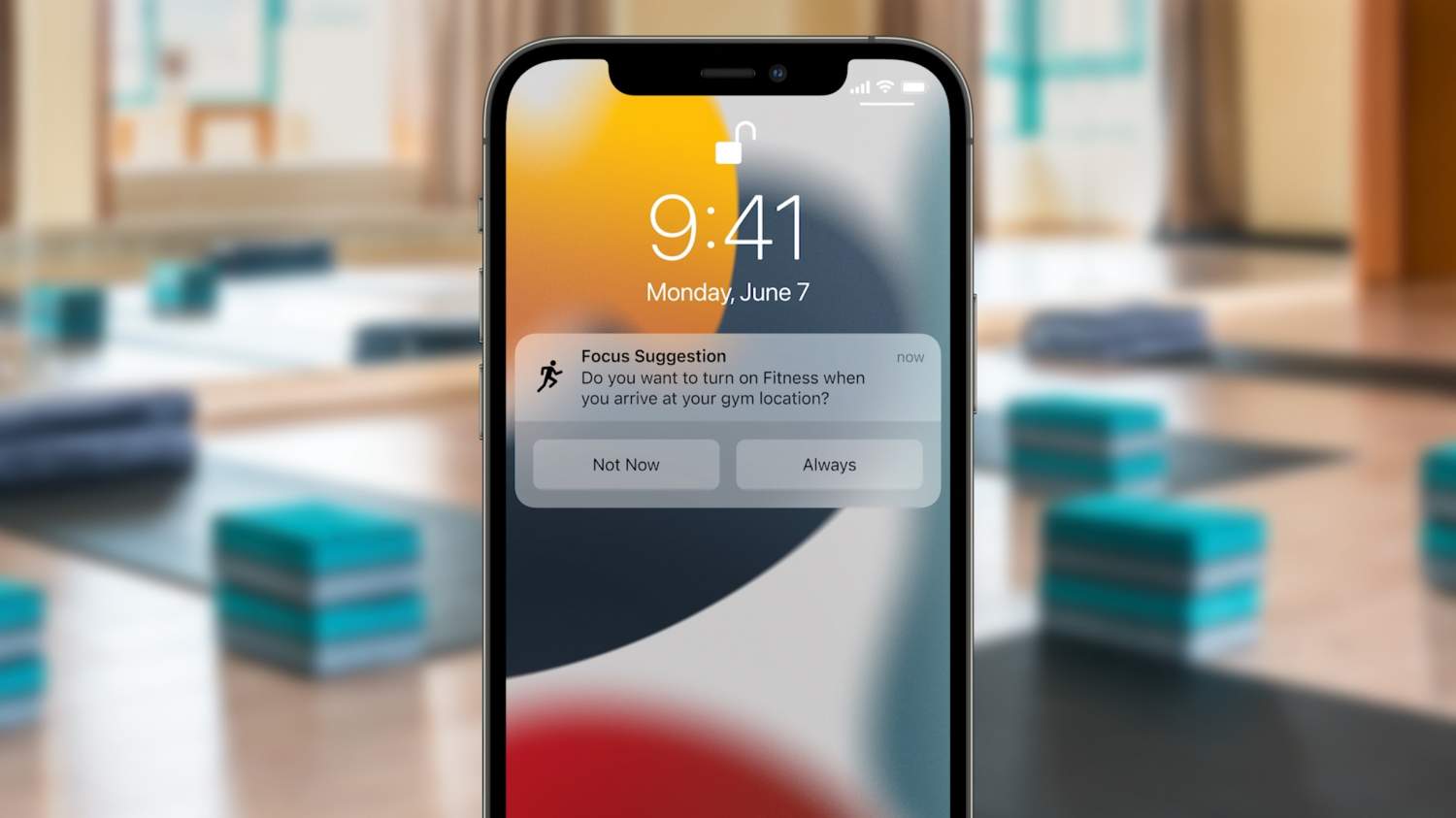 Similarly, you’ll be able to whitelist certain apps to be included by default in each Focus mode. There’ll also be the ability to show different home screen panes depending on different Focus modes.