Note 9 S Pen: What you should know about the big stylus upgrade

The Samsung Galaxy Note 9 may not look too different from its predecessor, but the new S Pen packs a big upgrade. A Bluetooth connection between the stylus and the phone means the revamped S Pen now doubles as a remote control, and Samsung is hoping it’ll give the Note 9 even more of an edge in the flagship phone segment.

The S Pen gets a Bluetooth boost

Samsung has upgraded the S Pen in the past, delivering more levels of pressure sensitivity and a more ergonomic stylus, but it’s getting its biggest update so far alongside the Galaxy Note 9. Now onboard is a Bluetooth LE (Low Energy) radio, with which the S Pen can remotely communicate with the phone. You can move up to 30 feet away, and the two will still be connected. 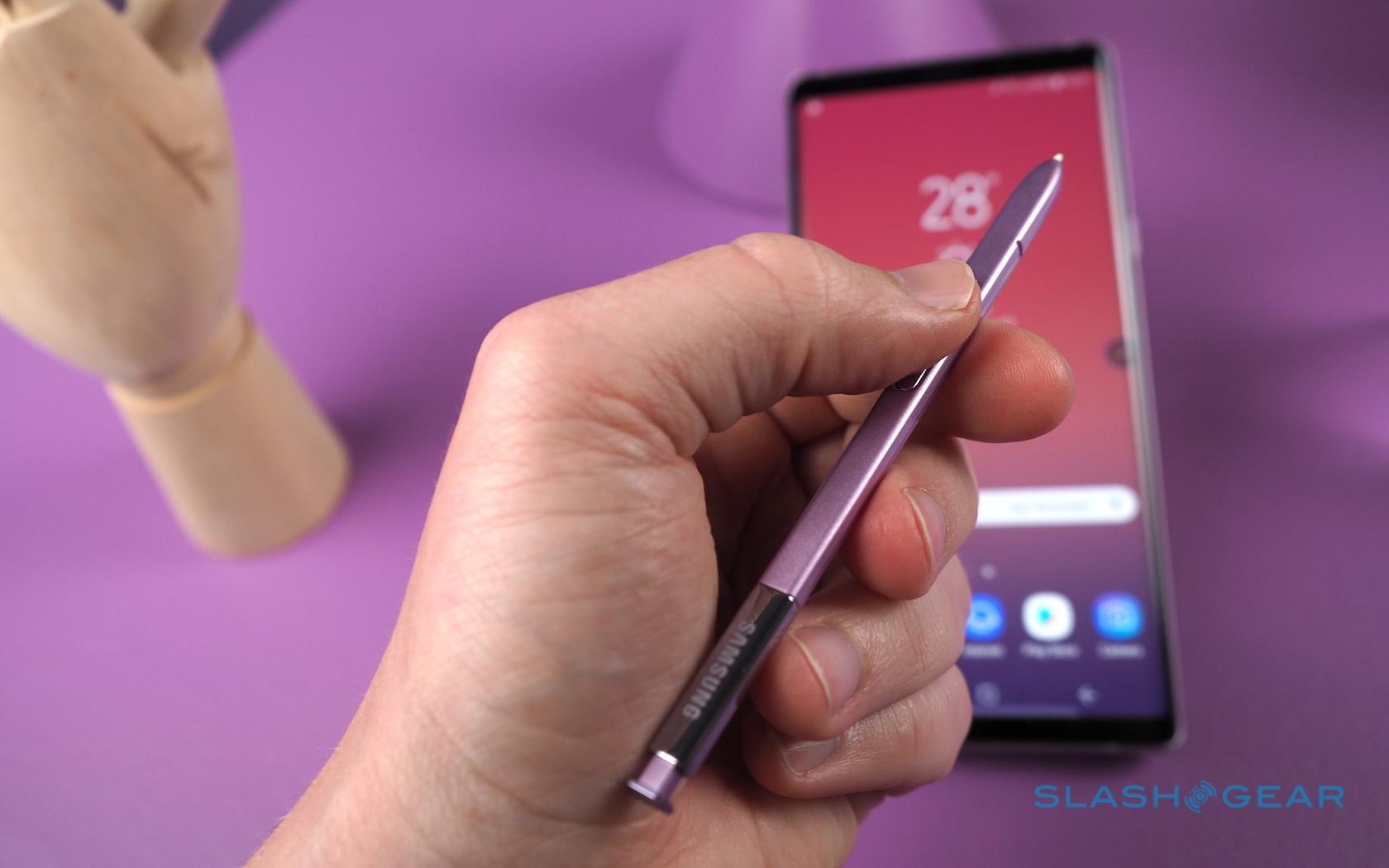 Obviously you’re not going to be drawing sketches or annotating documents from across the room, and so the Bluetooth functionality brings something different to the game. Samsung is using it as a way to turn the S Pen into a remote control, with the side button as a trigger. Click the button when you’re holding the stylus away from the Note 9, and it works as a launcher shortcut.

You’ll get to be in your group selfies more

Samsung’s headline feature for the new Bluetooth functionality is a way to get you into more group photos. Press and hold the side button and the camera app launches. A double-click flips between the front and rear cameras, while pressing the button once captures a shot. We’ve seen ways to remotely trigger the shutter before, but with the S Pen there’s no weird gesture to remember and no need to rush before a countdown timer expires. 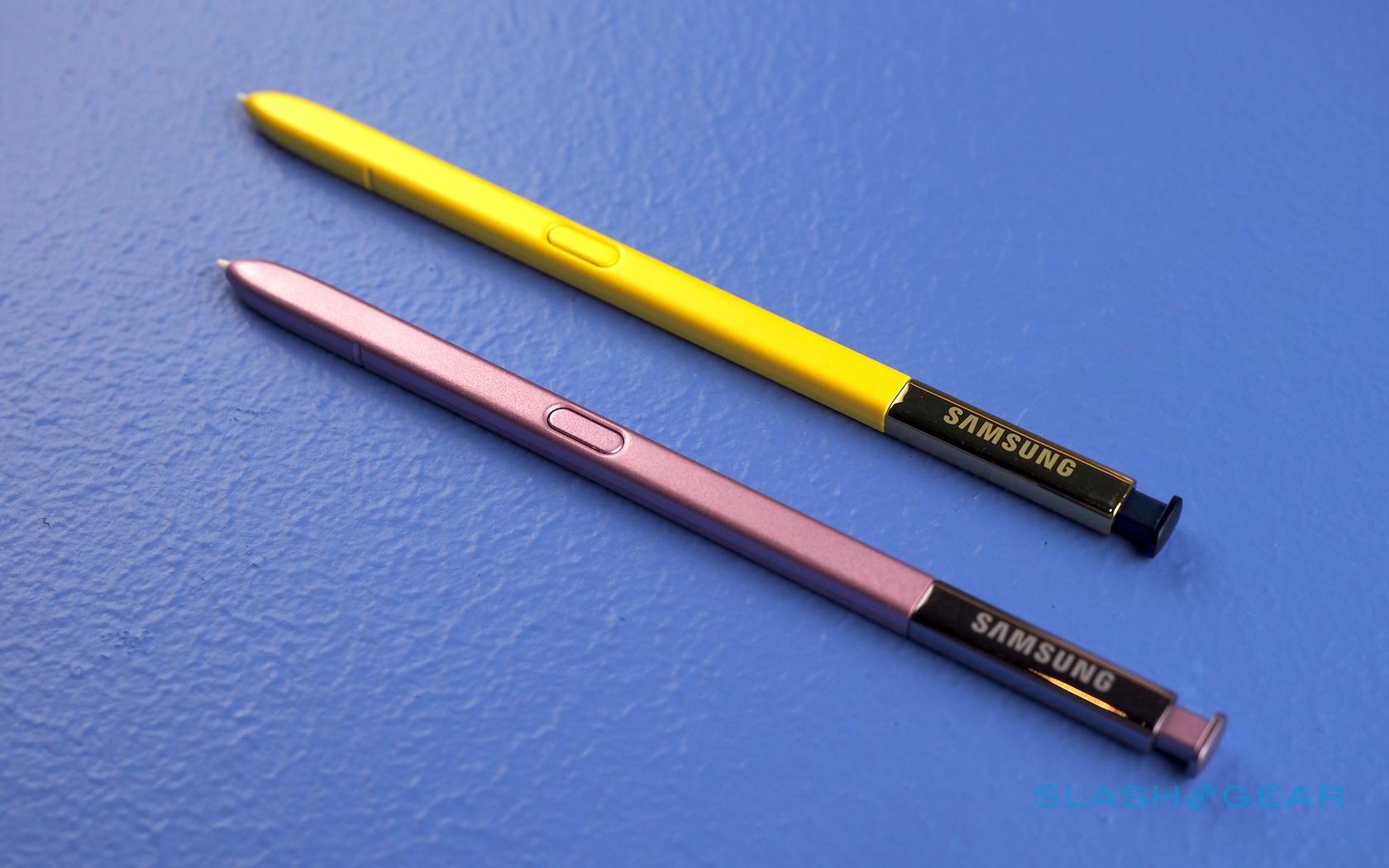 Even if you don’t take group shots often, however, there are still plenty of ways you can use the new tech. For instance, Samsung’s music app supports using the S Pen as a remote control for audio. You’ll be able to play/pause the current track, as well as skip forward and backward through the playlist. That could come in handy if you’re listening to music at the gym or while jogging, and don’t want to pull out the whole phone just to change tracks.

Alternatively, you could use the S Pen to navigate through presentations. Again, you can skip forward and backward through slides, and given the Note 9’s support for USB-C to HDMI adapters, host the whole presentation from the phone itself.

Samsung is inviting developers to play

Out of the box, Samsung’s own apps will support the S Pen. You’ll be able to assign the press-and-hold launcher to your choice of app, and each will have different features for the button once open. However, Samsung is hoping to get more software involved. 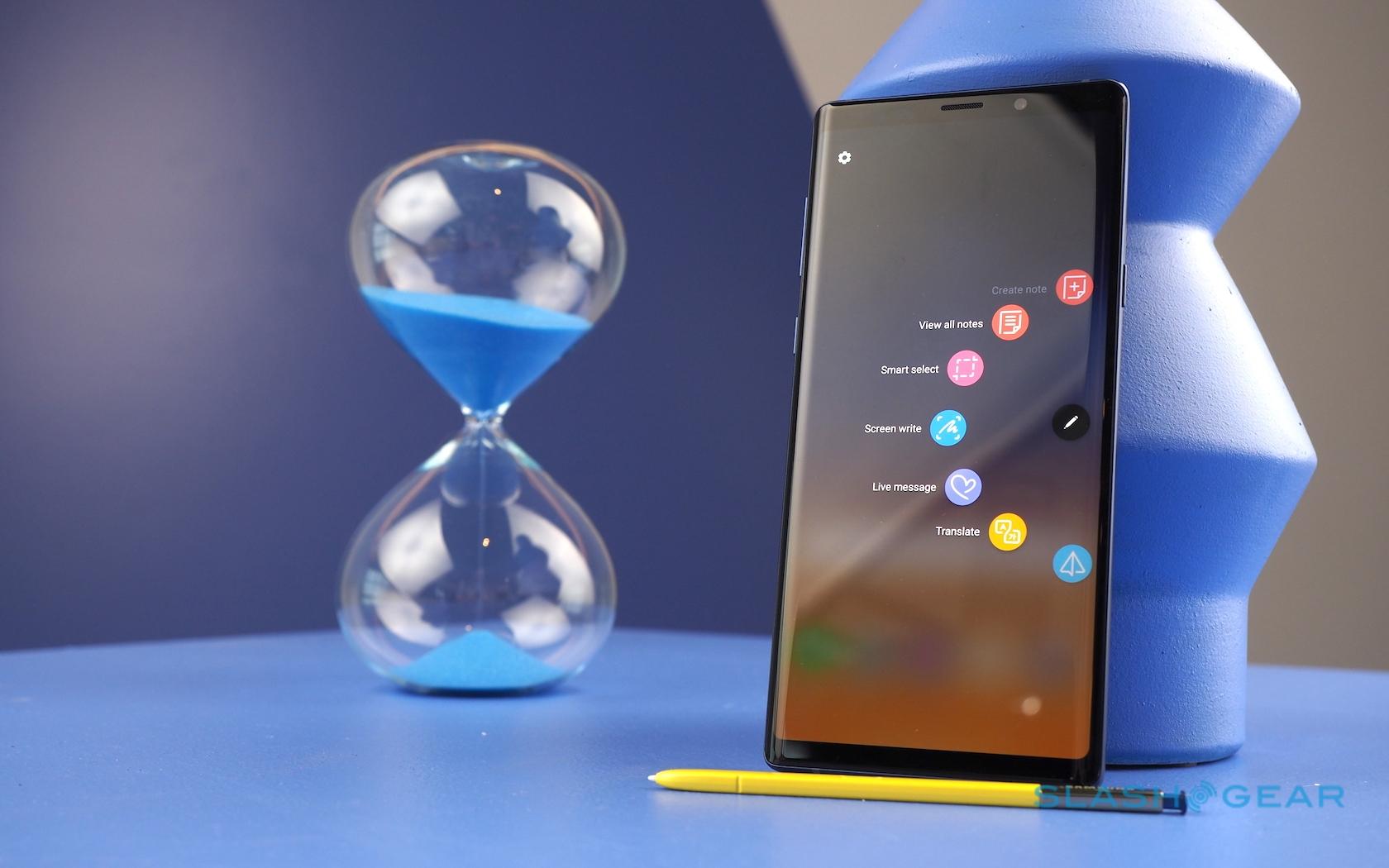 For that, it has a new S Pen SDK, with which third-party developers will be able to add their own shortcuts for the new Bluetooth functionality. Anything that relies on the existing digitizer tech – like art apps – won’t need to do anything differently, but if app-makers want to integrate the side-button remote control features that the Note 9’s S Pen introduces, they’ll be able to do so with the SDK.

Samsung says it doesn’t have any names to announce as to partnerships right now, but promises more news about just who might be using the SDK is in the pipeline. We can expect that later this year.

It recharges when you slot it into the Note 9

Having yet another thing to keep charged could’ve been a real headache, so Samsung has made it as simple as possible for the Note 9’s S Pen. It recharges whenever it’s in the silo, sipping power from the smartphone’s own, 4,000 mAh battery. Since the sort of power demands Bluetooth LE makes are relatively tiny, a short recharge goes a long way. 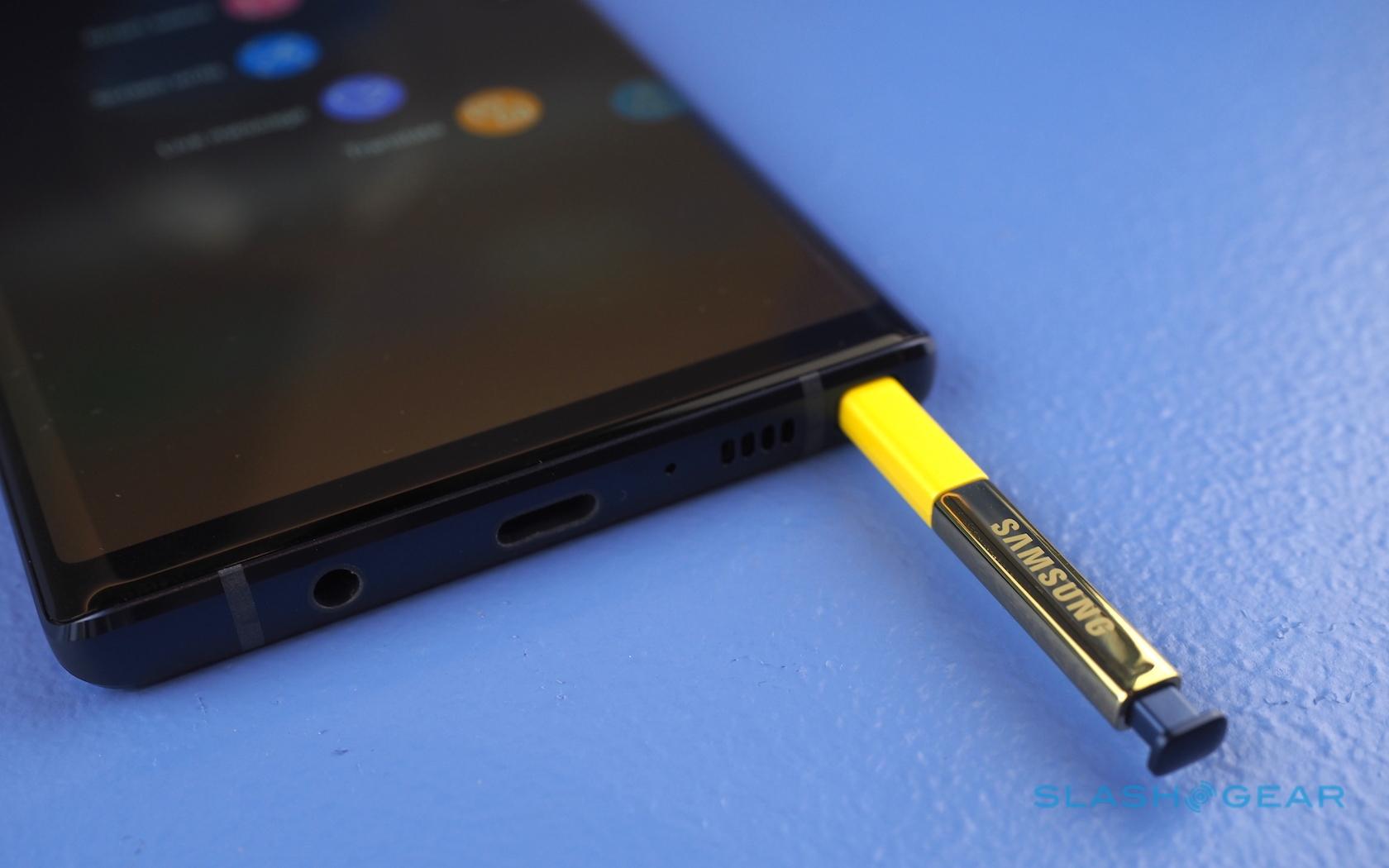 Indeed, Samsung claims that after just 40 seconds inside the silo, the new S Pen will have enough power for around 30 minutes of use, or up to 200 clicks of the side button. Considering it’ll live inside the Note 9 when you’re not using it, it’s tough to imagine a situation when you might run short of juice – 200 clicks is a whole lot of group photos, after all. Still, Samsung has thought about that, too.

It’ll work just like the old S Pen, too

The Note 9 S Pen’s supercapacitor may recharge quickly when it’s docked back into the silo, but even if the battery goes flat you won’t be stopped from note-taking. Although the Bluetooth LE relies on the onboard power to operate, the existing stylus functionality does not. That still uses Wacom technology, which gets its power from the digitizer in the Note 9’s display. 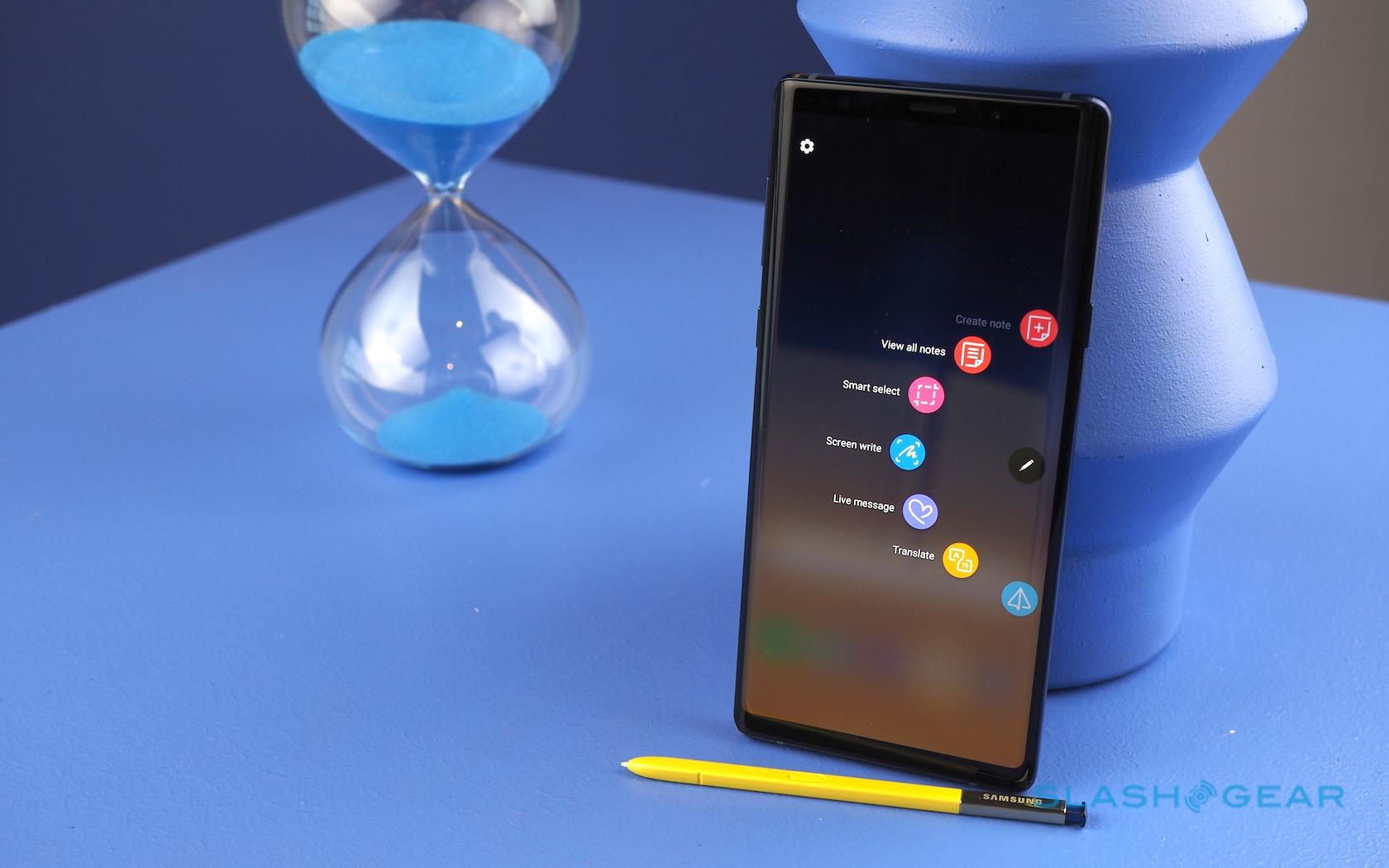 It means that, even if you can’t use the S Pen side button to launch apps remotely, trigger the camera, play or pause music, or do any of the other new features, you can still rely on the stylus for sketching, writing handwritten memos and notes, and navigating around Android.