This week the Barnes & Noble NOOK 7-inch tablet was revealed in a new edition for the tail end of 2018. This device is simple – it’s nothing flashy. It has a 7-inch display with 1024 x 600 pixels across it (that’s less than the usually-standard 1080p for mobile devices of all sorts). It has a decent amount of internal storage, a microSD card slot for storage expansion, and it runs Android.

In May of 2017, Amazon released their last (still newest, as of today) Fire 7 tablet. This tablet has a slightly better display than the NOOK with 1280 x 800 pixels, and its smallest version has 8GB internal storage. You can get this tablet for $50, but you’re going to get “offers” with it – which means you’re going to see Amazon advertisements on the device you’ve already purchased. If you don’t want ads, you’re going to dish out additional cash. 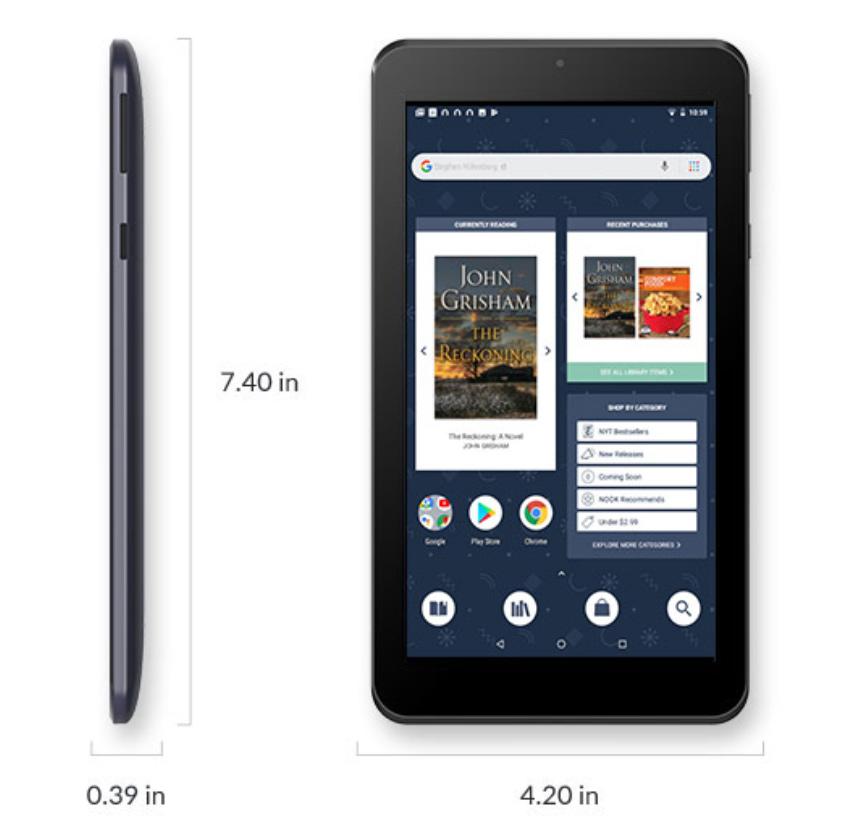 The big difference between any Amazon hardware and a NOOK is the fact that the Barnes & Noble device runs Google Play. With Google Play, the user does not need to rely on Amazon to have the apps they want. While many Android apps are released on both Google Play and the Amazon app store, the Amazon tablet presents a far more strict experience for the end user – and not necessarily in a good way.

Unless the user hacks their Amazon Fire tablet, they’re restricted to using the Amazon app store and Amazon’s content library. The NOOK, on the other hand, runs a more open version of Android. With the NOOK, the user could potentially use the Google Play app store as well as the Amazon app store (if for some reason they wanted to do so) without issue.

The NOOK Tablet 7-inch model for late 2018 has a pair of very, VERY basic cameras at 2MP on the back and VGA up front (WHAT YEAR IS IT?!) This device has a headphone jack and a microSD card slot that can potentially hold a 128GB microSD card. So it’s got some features that are very old and outdated, and some that only get better with age.

For $50, sure, this is a decent tablet. It’s got the bare minimum for specs in 2018 – and I’m talking BARE minimum here – and it’s shipped free from Barnes & Noble. You can also find this tablet at Barnes & Noble brick and mortar stores as of this afternoon, throughout the week, and for sure by the weekend.

Also if you’ll kindly remember, the last time we wrote about a NOOK tablet, it wasn’t under such jolly circumstances. It was about malware back in 2016, and it wasn’t a pretty picture.