With the exclusivity of the Nokia Lumia 920 on AT&T announced at the start of this Windows Phone 8 generation of phones, the future seemed to dim a little for the company’s chances at taking on the rest of the market in the USA. When the Nokia Lumia 810 was announced this week for T-Mobile, it instantly became apparent that Nokia wasn’t limiting its wares to one carrier – not at all. With rumors abound that Verizon will be in the mix soon as well, we’ve got a real collection of Nokia device out to take on the USA – will it be enough to keep users interested in the Windows Phone 8 universe?

It’s absolutely vital that Nokia push their graphic design prowess on this launch – they’ve got no lack of knowhow in this arena, and compared to even Apple, they’ve got top-class sharpness in the flat advertisement arena. But without a single message, Nokia will once again fail to capture the full attention of the public. Nokia has an opportunity to center themselves on one spot and let the Lumias sell like mad – “Nokia Lumia: Colorful, Powerful, Smart.” 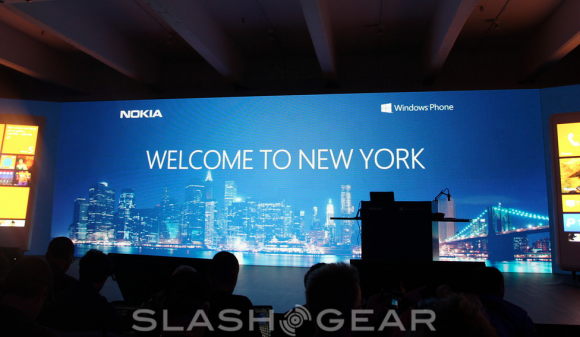 With advertisements on every corner, repeat messages on major web hubs, television, and even in print publications, Nokia would be able to sustain the environment necessary to create faith in the consumer. Then Microsoft comes in. If Microsoft would provide coverage throughout its own advertisement spread, the Lumia universe could grow.