For a long time it looked like Microsoft had forgotten that it owned Skype, but the VoIP and video call service is finally being capitalized on with the new Nokia Lumia 735 and Lumia 730. Billed as ideal for Skype and selfies, the Windows Phone 8.1 pair slot in at the more affordable end of the Lumia range, with 5-megapixel front-facing cameras and a Lumia Selfie app.

The front camera has an f/2.4 aperture lens, while the main camera – which runs to 6.7-megapixels – steps up to Zeiss optics and an f/1.9 aperture. It records Full HD video and packs an LED flash, and all of Nokia’s usual editing apps like Storyteller and Creative Studio are preloaded too.

The display is a 4.7-inch 1280 x 720 OLED with Nokia ClearBlack technology and SuperSensitive Touch, for using it even when wearing gloves. It has a High Brightness Mode for outdoor use in bright sunlight, too, and 2.25D curved glass on top. 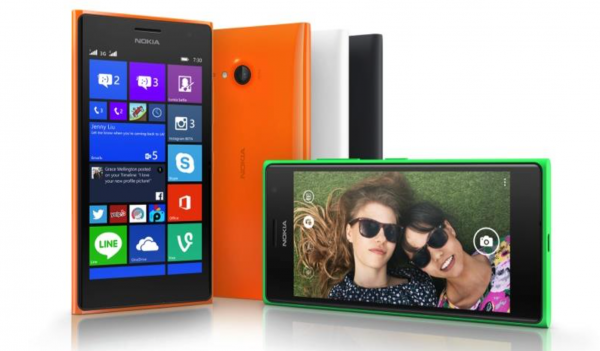 In fact, the main difference is in connectivity and charging. The Lumia 730 is the dual-SIM variant, though tops out at 3G connectivity; more interesting, arguably, is the Lumia 735, which has LTE support (with one model for the Americas and another for the rest of the world) along with wireless charging.

Both get NFC, A-GPS/GLONASS, BeiDou, WiFi b/g/n, Bluetooth 4.0, and microUSB, along with an FM radio and dual microphones.

Microsoft is bundling three months of Skype Unlimited Worldwide subscription with each phone, and of course there’s now one-touch Skype video call access during voice calls in the latest version of Windows Phone. 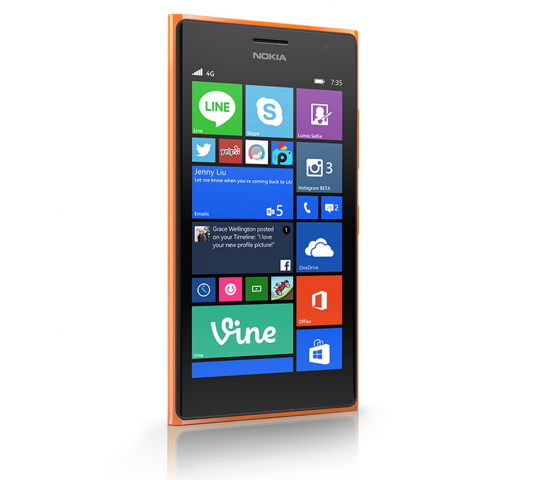