It’s Nokia’s cheapest Windows Phone 8 device, takes the company’s latest range to five models, and borrows some of the style from its bigger siblings, but can the Lumia 520 compete with cheap Android? Unveiled alongside the Lumia 720 at Mobile World Congress, the 520 slots in at the entry-level with a few compromises along the way to reach its sub-€150 unsubsidized price. Have the cut corners left the baby Lumia lacking? Read on for our review.

Cheap doesn’t always mean cheerful, though Nokia has some impressive form in the segment: its track record in squeezing the best margins out of its production lines has resulted in surprising gems like the Lumia 620. For the Lumia 520, you get a Snapdragon S4 dualcore running at 1GHz and 512MB of RAM, just like the 720, as well as 8GB of onboard storage and a microSD card slot to add to it.

Connectivity omits LTE – something we can forgive given the price – and tops out at dualband HSDPA (up to 21.1Mbps down, 5.76Mbps up, network depending); there’s also WiFi b/g/n and Bluetooth 3.0. No NFC, though, which means no tap-to-pair with wireless speakers, and there’s unsurprisingly no wireless charging option either. Nokia tells us it expects people to step up to the Lumia 720 if that’s something they’re keen on. 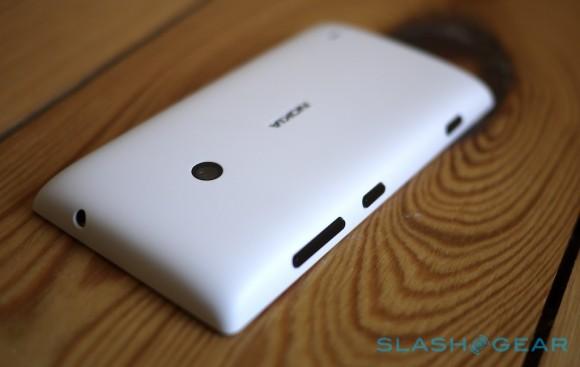 Nokia’s design lineage takes another mild deviation for the Lumia 520, with the interchangeable casing being a simple snap-on affair without the bevels of the 720 or the dual-colors of the 620. It feels plasticky and somewhat hollow to the tap, too, while the broader screen bezels mean that, despite having a mere 4-inch display (running at WVGA), the phone is only very slightly narrower than the 4.3-inch 720.

That’s not the only screen-related compromise. Nokia’s Clear Black technology hasn’t filtered down to this level yet, and so the Lumia 520 makes do with a regular LCD panel instead. The result is weaker viewing angles and less impressive outdoor visibility, though Windows Phone’s bold colors do their best to keep the UI clean. Best, though, is the extra-sensitive touchscreen, which means you can use the 520 while wearing gloves.

Windows Phone 8 on the Lumia 520 differs little from what we saw on the Lumia 720, with identical performance courtesy of the same internal components. It remains a great OS for the first-time smartphone user, cleanly laid out, but with the Live Tiles – which can show upcoming calendar appointments, gallery previews, and those contacts with new updates on social media – allowing for enough flexibility for power-users missing traditional widgets. 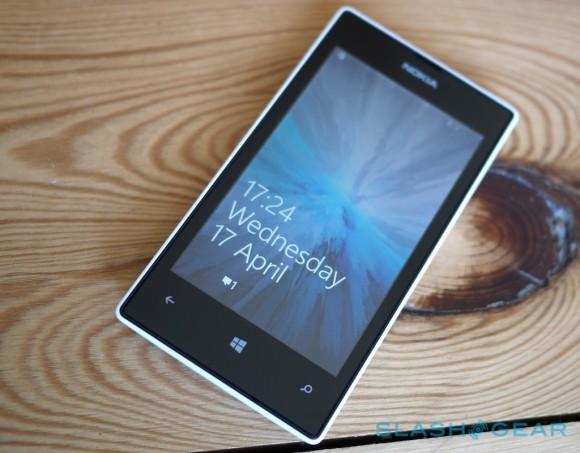 The Nokia software suite is broadly the same, too, with a couple of changes to accommodate the 520’s hardware. Since there’s no digital compass – only A-GPS and Glonass – you don’t get the LiveSight augmented reality City Lens functionality baked into HERE Maps, though there’s still turn-by-turn navigation (with offline mapping support) for the UK and Ireland. Nokia Transit is also included.

At this price point, though, the biggest sell may well be Nokia Music. The free streaming playlists – complete with offline support for a limited number of playlists, unless you sign up to the subscription Music+ service – have real appeal for buyers on a budget. It makes even more sense when you consider that, in the UK, the Lumia 520 is being offered free on a £7.99 a month agreement, less than a Spotify premium subscription.

At 5-megapixels, the Lumia 520’s camera is unsurprisingly humble. There’s an f/2.4 lens but none of the Carl Zeiss optics that we know from more expensive Nokia phones, and cost cutting has meant the LED flash is omitted too. The 520 is also the only model in the company’s new line-up not to get a front-facing camera, which means no Skype video calls. 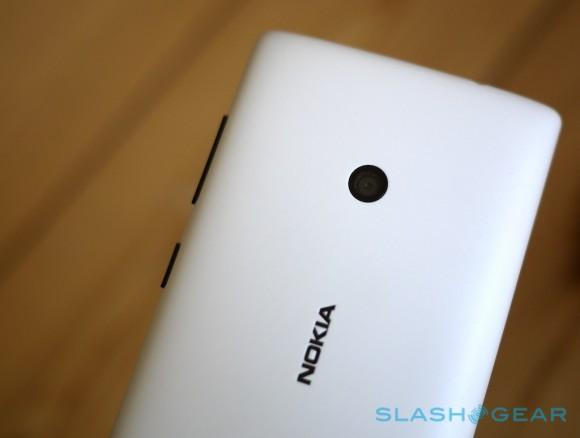 Just as we found with the Lumia 620’s 5-megapixel shooter, quality is mixed. Given sufficient natural light, the Lumia 520 does a reasonable job, though there’s plenty of noise and blur to be found when you view shots at their full 2592 x 1936 resolution. Low-light performance suffers, though, with noise and colors underwhelming. 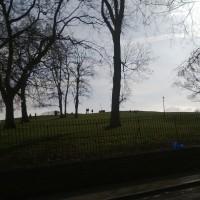 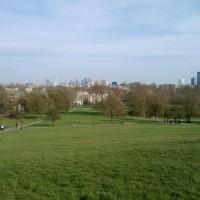 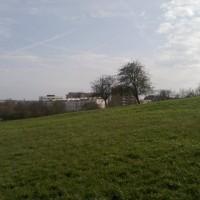 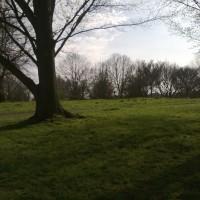 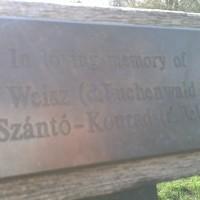 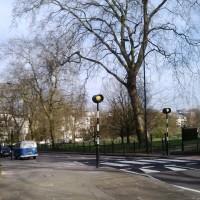 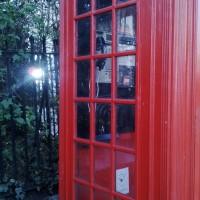 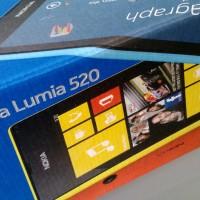 As for video, that tops out at 720p HD, but the results aren’t too hot. Moving objects aren’t jerky but they do encounter some blur, while the audio quality is somewhat tinny.

A minor frustration was how the camera shortcut button works. As on all Windows Phones, holding down the dedicated key on the side of the Lumia 520 loads up the camera app – bypassing the lockscreen – but the budget Nokia proved a little slower to be ready for a shot than its Lumia 720 sibling. We also had some issues with the physical alignment of the button when clipping the battery cover back on.

Nokia rates the Lumia 520’s removable 1,430 mAh battery as good for up to 9.6hrs of 3G talk time or 360hrs of standby; your calls will be clear and strong, too, with no issues in audio quality that we encountered. 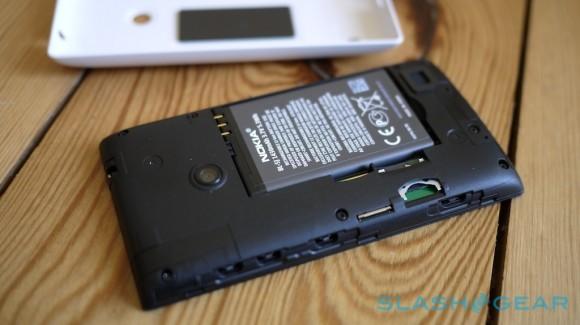 In typical use, with a mixture of push-email, some Nokia Music playback, internet browsing, Nokia Maps, and photography, the Lumia 520 comfortably made it through a full day and into a second before we needed to reach for the charger.

Things are getting tight in Nokia’s Windows Phone line-up, with increasingly small differentiators between different models for different price points. Although that makes for potential confusion in the consumer marketplace, Nokia tells us it pays dividends for Lumia’s enterprise adoption: one of the goals of the 520, for instance, was to make a device for those on the factory floor that runs the same OS as management staff use on their Lumia 820 and 920 phones, but cheap and resilient enough to survive the inevitable drops and scrapes of working life. 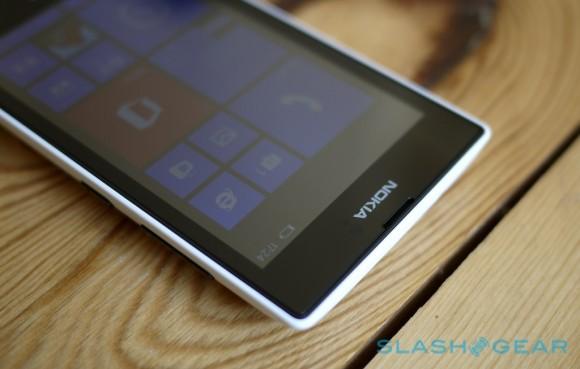 Does that mean the Lumia 520 isn’t intended for the rest of us? Some of the compromises – the absence of a front-facing camera, notably, and the mediocre hand-feel – do leave us leaning toward the Lumia 620. It may be slightly more expensive, but it looks and feels better, is more flexible, and while the screen is slightly smaller, it offers the same resolution along with the quality improvements of Clear Black.

If low-cost is your guiding star, though, the Lumia 520 is impressive for the price, and the value-add of Nokia’s software and services isn’t to be sniffed at either. 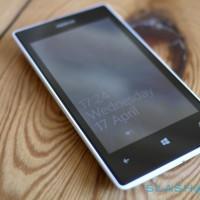 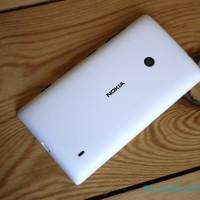 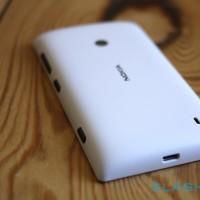 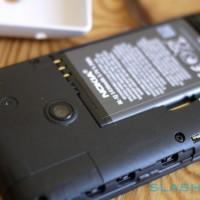 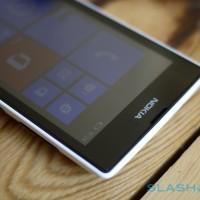 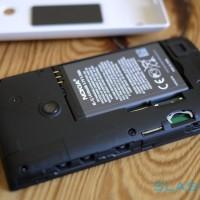 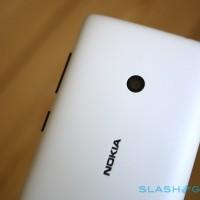 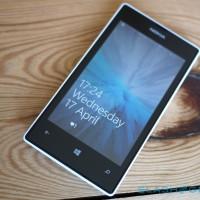 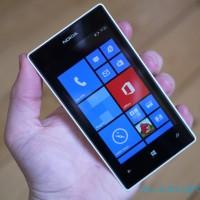 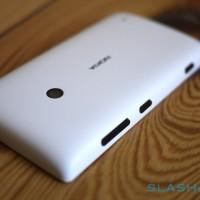