It would appear that the first appearance of the Nokia Lumia 520 as the most common smartphone in use across the world earlier this year was not just a fluke. Not by any stretch of the imagination. Instead we’re seeing this device continue to grow in popularity, quite likely because of its relative low cost and common smartphone abilities – not to mention the fact that it comes in a variety of fabulous colors.

The statistics we’re seeing today come from AdDuplex, a group whose app integration works on Windows Phones all across the planet. Apps that work with AdDuplex software feed data regarding which devices its running on back to the source where the developers behind the software are able to analyze it. One great side-result of collecting this information is AdDuplex’s ability to get their name seen in the public with reports like we’re reading right now. 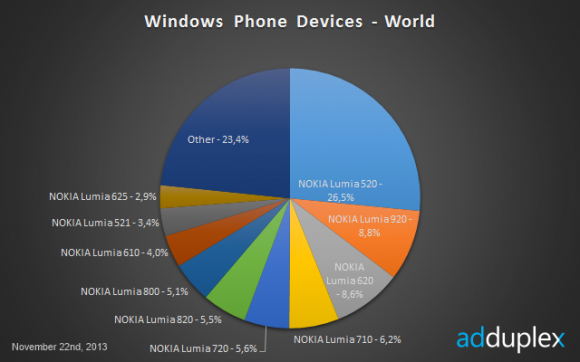 The information we’re seeing comes from analyzation done throughout the day on November 22nd, 2013. If you’re looking back to the most recent AdDuplex report, you’ll see an interesting change going on. While July 2013 showed the Nokia Lumia 520 to be just beginning to take the market for a ride with a 13.3% share, here several months later we’re finding the same phone in a dominant position with a 26.5% piece of the pie. That’s a share larger than the historically dominant “Other” category, mind you. 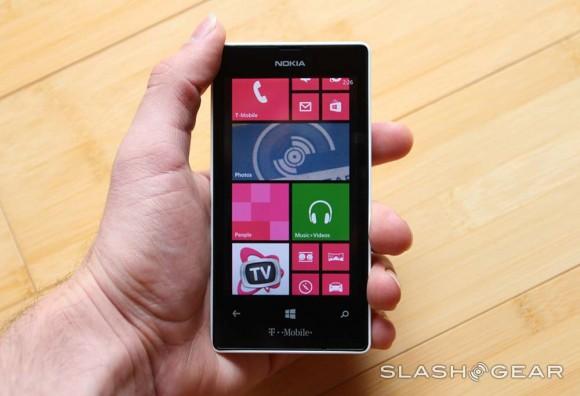 Meanwhile new devices such as the Nokia Lumia 1080 don’t appear on the chart at all, and several machines from the past year on the lower end continue to grow. The Nokia Lumia 521 is another iteration of the 520 made specifically for the USA – it has its own 3.4% of the chart while the Nokia Lumia 920‘s crown is taken this round with its share being kicked down to a mere 8.8%.

These statistics suggest that the low end of Windows Phone is certainly the place where hardware manufacturers like Nokia (aka Nokia a Microsoft company) should be concentrating. And what do you know, they’re doing just that – Nokia just unveiled another modified version of the same dominant smartphone in the Nokia Lumia 525 this morning. Should Microsoft’s mobile operating system rise, it’ll rise from the bottom. 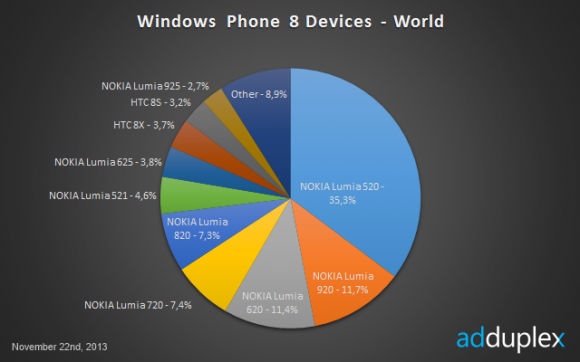 You’ll see this exemplified in the chart above which shows not just Windows Phone devices in general, but Windows Phone 8 devices around the world. Here the Nokia Lumia 520 takes a whopping 35.3% of the market, far outweighing any other device by one whole heck of a lot.