Nokia “Head Up”: How Lumia’s future is sharper than Glass

Are wearables like Google Glass the inevitable future for smartphones? Not if you ask Nokia, where simply floating a display in your line of sight doesn’t quite satisfy the self-imposed “head up” challenge its designers and engineers are facing. The evolution of Lumia isn’t just bigger displays or faster chips, it’s a new way of interacting with the digital world. SlashGear sat down with Jo Harlow, EVP of Smart Devices, Marco Ahtisaari, EVP of Design, and Stefan Pannenbecker, VP of Industrial Design at Mobile World Congress this week to talk “people versus robots”, rolling back the clock on convergence, and how the Finns want to pry our eyes away from smartphone screens, even if we’re looking at a Lumia.

Spend any time talking future tech to Nokia’s executives, and you realize there are two themes running through their predictions. First, and perhaps most familiar to most industry watchers, there’s the relentless advance of sensors and the complexity of devices, with capabilities always evolving. Nokia differs in some respects in how its management see the form-factor of those devices: rather than a single, increasingly powerful phone in your pocket, all three VPs talked about a resurgence in dedicated devices; products that, as Marco Ahtisaari described it, “do a few things really well.”

Secondly, and arguably a more contrarian stance than others in the segment, is a desire to actually reduce the attention that’s paid to smartphones and mobile devices. Ahtisaari coined the phrase “heads up” internally to describe it, though it’s become an ethos for the long-term shared by others in the design team, like Stefan Pannenbecker.

“We see sometimes couples, out in a restaurant, romantically texting each other, or broadcasting… so that type of phenomena is interesting, and in a way bugs us a little bit, because the question is how can we get the “heads up”?” the Industrial Design chief explained to us. “So we do a lot of work on all kinds of levels in order to think that scenario through: what does that mean? So we’re interested in that type of topic, how do we get people’s heads up again.”

Nokia isn’t expecting to address that question in the next few months, or even the next couple of years. As Marco Ahtisaari told us, it’s an example of the company’s longer-term planning, though as an internal culture of design it has an impact on the Lumia devices we’ll see over the coming years. “The one thing I would say is that I talk about the “heads-up” principle in the studio, it’s like a 20-year principle. Creating computing technology that’s with us that doesn’t require more attention” he said. 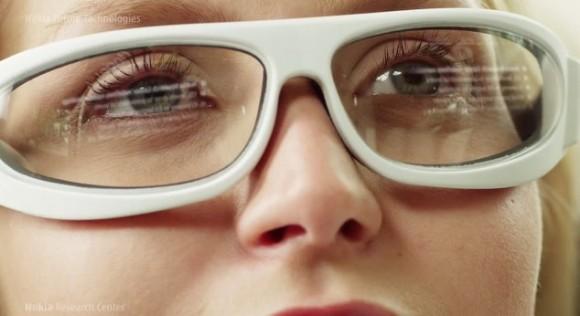 “And part of this pinning-to-Start [in the Windows Phone homescreen] is one example of that; things we’ve done with the glanceable, low-power mode on our devices in the past is an example of that; the NFC work we’re doing is an example of that,” Ahtisaari counted off. “You just touch the environment: the world becomes your interface, rather than having to go through twelve swipe-swipe-swipe. So that’s another component of that future, I think, and very important as we go to more distributed objects that do only a few things.”

Having got to a point where a person’s smartphone is often also their camera, their music player, their fitness tracker, and more, it might seem counter-intuitive to be considering breaking apart those components and turning again to individual gadgets. However, there’s a strong feeling within Nokia that specificity has its own advantages.

Right now, all three executives are coy on what, exactly, Nokia’s portfolio of answers to these questions might look like. However, they’re more vocal on what they probably won’t be, and the approach seems less “in your face” than Glass, and more cautious than the “confident” search and prediction of Google Now. 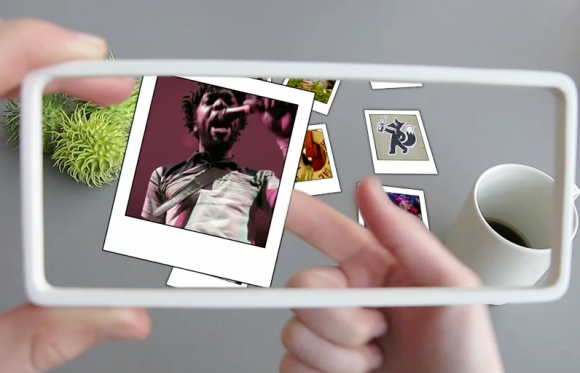 “I’m not going to speculate [about Glass] because time will tell with regards what is the right execution with regards to this idea of “heads-up”, so I think we’ve a lot of work to do, frankly, so I’m not going to speculate about that” Pannenbecker said. “But I think, as I said, this is for me an area that we want to engage in, I mean, this topic of heads-up not this particular solution for example. As I said, there’s a whole bandwidth of opportunities, and I think we as a company need to look very deeply into these opportunities, and then commit.”

For Harlow, the question is of need: or, more accurately, the balance of plain geek appeal – as perhaps Google Glass embodies – against relevance to mass-market consumers. “I think that it’s just as true in any of these new areas that you have to solve the fundamental consumer problems, and you can’t… you innovate for the sake of innovation” the smartphones boss argued. “Usually there’s a small number of people who find them really cool, and the vast majority don’t see a reason why. That the use case is so on-the-point that they don’t see it.”

In fact, there’s a sense among all three that the Glass strategy – that is, taking what components might usually be associated with a smartphone, and making them something you can wear – is too easy a way out. Yes, there are battery challenges, and persistent wireless demands, and the need to craft an interface and interaction paradigm that suits a more hands-off usage style, but a wearable computer doesn’t necessarily address either user-need nor go far enough in liberating users from the tyranny of persistent, connected distraction.

“I think that’s why you see fitness all over the place, because clearly if people stick with it then it can help solve a problem” Harlow explains, “but that’s where I think the energy will really come from, either that they solve latent needs that consumers can’t necessarily articulate, or solve unknown problems that they have and that sensors would solve.”

While the most attention has been paid to Nokia’s evolving Windows Phone handset range, the company has also been working on matching accessories, pushing ideas like wireless charging and NFC pairing. That focus on a well-designed, integrated ecosystem looks likely to spawn a family of shared technologies, each delivering its own component part of the overall usability. 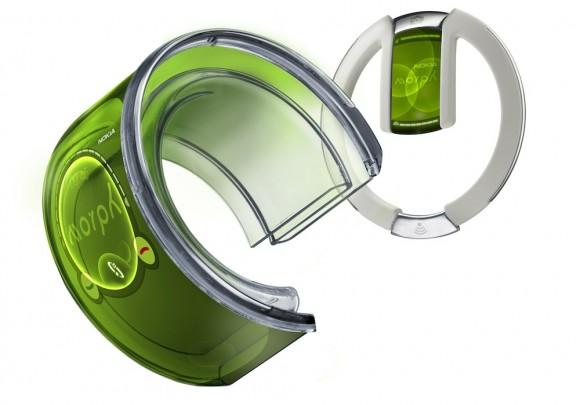 “That’s something which we’re working on, and I’m not in a position… I will not talk about specific solutions to that, but absolutely that is a challenge for us” Pannenbecker agreed. “For us as designers. Because ultimately again it comes to better problems. This is more what we think a smartphone is supposed to be [holds up phone], but I think obviously there’s other ways of doing that.”

Nokia hasn’t been afraid of riffing on those possibilities in the past with concept designs, however. Its 2009 “Mixed Reality” headset predated Google Glass, and was envisaged with its own suite of accessories and sensors: a motion-tracking wristband for navigating a wearable display, for instance, along with wireless audio. Meanwhile, the idea of paring back information in a more context-driven way has also been explored, such as the Nokia-prompted “Frame” concept device that rethought the smartphone into a window that blurred the physical and digital worlds. Arguably it’s an idea that has expressed itself in Nokia City Lens, the augmented reality app now publicly available for Windows Phone.

Just as Google Now relies on its context engine, so has Nokia Research been pushing its own predictive technologies to better focus the user-experience. We mentioned the 2009 “Linked Internet UI Concept” from Nokia Research to Marco Ahtisaari, a project which learned from social networking attention and prioritized updates and geo-location of those people it calculated the user was most interested in, and asked him where the company’s roadmap was on integrating such ideas into its software.

“Partly that’s a question of focus” he said, pointing out that Nokia needed first of all to prove itself with a successfully selling Lumia range of phones. “Like I said, the most important thing we can do now is show momentum. These are things we definitely work on.”

However, he also argued that there is risk in making mobile devices too intelligent – or portraying them as having intelligence – because you run the risk of leaving the user feeling at odds with their device, not enabled by it. “If this makes sense there’s robots and people. People versus robots” Ahtisaari said, somewhat cryptically. “We’re on the side of people, in general. What I mean by that is certain personalization you can do, goes a long way. And the other example, if you took that, would be “hello, we just reconfigured your phone, it’s got all the people here, and we set it up for you”.”

[aquote]We’ve got the auto-magic today, it’s just making it not feel creepy[/aquote]

In fact, Nokia could already integrate that sort of contextual technology into its phones today; the reservation is one of how the mainstream user – not the Glass aficionado – might react to that. “We’ve all of that auto-magic today, it’s just doing it in a way that doesn’t feel creepy, or has violated what you do” he argued. “It’s striking that balance. But definitely, the two things you’ve mentioned – contextually and prediction – are important.” 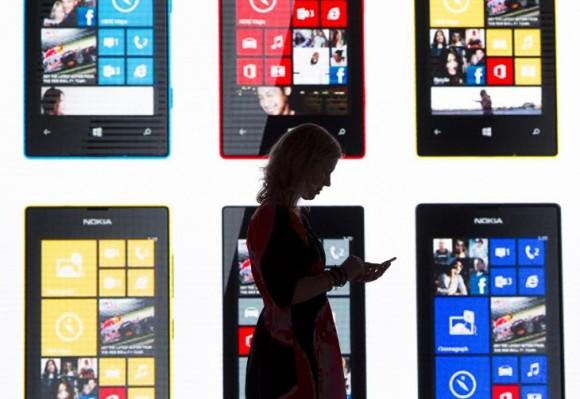 It’s early days for Nokia to look too far beyond smartphones; the Lumia line-up has only just reached five Windows Phone 8 handsets, the platform itself still holds an extreme minority share, and there’s no sign of a tablet on the horizon, at least not publicly. Nonetheless, it seems we can expect something other than a set of Windows Phone goggles.

“I’m not going to speculate [about Glass] because time will tell with regards what is the right execution with regards to this idea of “heads-up”, so I think we’ve a lot of work to do, frankly, so I’m not going to speculate about that” Pannenbecker demurred. “But I think, as I said, this is for me an area that we want to engage in, I mean, this topic of heads-up not this particular solution for example. As I said, there’s a whole bandwidth of opportunities, and I think we as a company need to look very deeply into these opportunities, and then commit.”

Though the strategies may be very different, there’s one thing Nokia and Google do agree on: the name of the game is elevating users from the voracious attention-soak of the touchscreen, not finding more ways of putting it in front of them. “If they require as much attention as a smartphone, then no more human contact” Ahitsaari concluded. “That’s the perspective we have, we’re still in the people-connecting business.”