Nokia has officially announced the E63 smartphone, which we first saw back in October.  A candybar format handset with full QWERTY keyboard and a 320 x 240 display, the E63 runs the Symbian S60 OS and has quadband GSM/GPRS/EDGE together with WiFi and Bluetooth.  There’s also a 2-megapixel camera capable of QVGA 15fps video recording and a microSD slot to augment the 110MB of internal storage.

Whether or not the E63 will have HSDPA is uncertain, however; the initial rumors suggested there would be 3G support, as does this E63 user agent file, but there’s no mention of it in the press release.  What we do know is that there’s one-touch shortcut access to the commonly used productivity features, Microsoft Exchange push-email support, PMP functionality and a web browser.  There’s also a simple way to switch between Work and Personal modes, which among other things shows different categories of upcoming appointments on the homescreen. 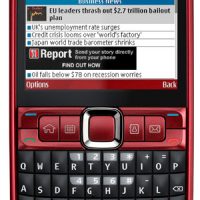 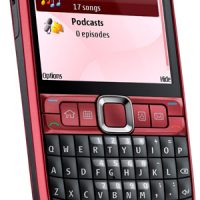 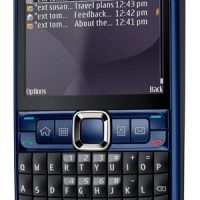 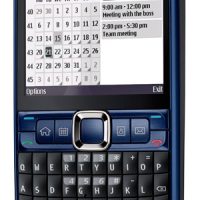