Nokia’s Asha 501 may be catching the attention this morning for its slick design and $99 price, but the new DC-18 charger isn’t going to let a smartphone get all the style kudos. It may only be an external power pack, but the Universal Portable USB Charger DC-18 manages to look better than most such bricks we’ve seen, though its 1,720 mAh capacity probably means you’ll only get a single recharge out of it.

The small capacity is down to the relatively small size, with the DC-18 measuring in at just 57 x 57 x 14.9 mm and 65g. Up front there’s a battery status indicator, which lights up with the current charge level when you pull out the retractable microUSB cable.

Pulling the cable free turns the DC-18 on, while tucking it back into place turns it off. That does leave the microUSB plug itself protruding, which seems like a recipe for getting it caught on your bag or the lining of your coat pocket, however. 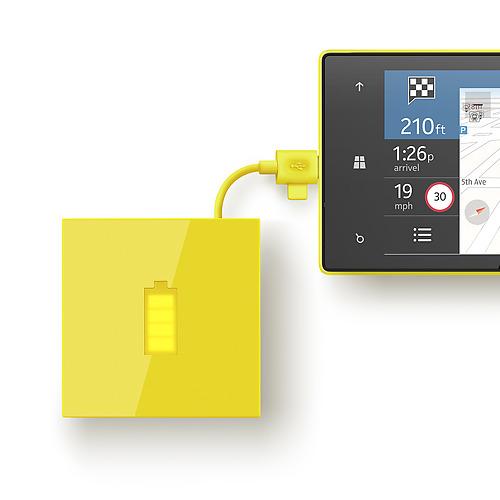 Nokia will offer the DC-18 in four colors – a Lumia and Asha 501 matching cyan, magenta, white, and yellow – though the company is yet to confirm pricing. We’re guessing it’ll be relatively affordable, however, since the DC-16 (which actually has a larger, 2,200 mAh battery) portable charger comes in at around $40.