We’ve all seen it – the police department/spy agency/starship captain needs to see greater detail when viewing a static image, so a leading actor yells “Enhance that!” and relies on Hollywood magic to instantly grant a crystal clear view of the perpetrator. You can check out a brilliant compilation of these movie and TV moments here. But with Nokia’s 808 PureView smartphone and its mind-boggling 41-megapixel camera, all those cheesy scenes suddenly seem more plausible, as a Brazilian Nokia blog found out.

The demonstrator got his hands on an 808 PureView and decided to test out the resolution on the camera and Carl Zeiss lens to its maximum. The results would be amazing even on an entry-level DSLR, but to see them come from a smartphone with a camera sensor smaller than a MicroSD card is downright shocking. The most dramatic example comes from a wide shot of a basketball court, which can be zoomed in on a small sign that says “Quiet After 10:00 PM” about eighty or ninety feet away. It’s truly an “enhance that” experience.

See for yourself in the video below – skip to the 3:50 mark to see the good stuff.

Are you seeing this, Nokia? Turn this sort of thing into a slick commercial and you can put Apple’s “retina” display to shame. (For a more polished video, check out Nokia’s official preview.) The 808 PureView will go on sale in Russia and India later this month, with European and other markets to follow. The Symbian device will cost around $700 in local currency when it arrives, with variations for location. Currently Nokia has not announced plans to bring the phone to the US, though it has made the obligatory stop at the FCC. 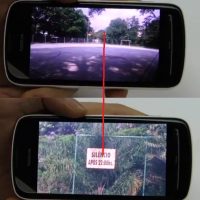 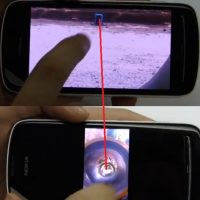 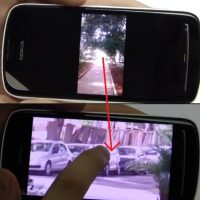