Remember Noke? The bluetooth lock made a more than respectable showing on Kickstarter, where they ended up annihilating their $100,000 goal on the way to $652,828 in funding. All that extra cash meant stretch goals were reached, but it also meant they had funds to show their wares off at CES this week! The keyless lock had us interested from the start, and we stopped by their booth to check it out. turns out, some Kickstarter dreams really do come true.

CES couldn’t have happened at a better time for FUZ Designs, the team behind Noke. Currently in beta testing, Noke is set to ship to backers in the next month or two.

The Noke we saw was aluminum, though Noke promises those that ship will be steel. A touch larger than your average Masterlock, Noke felt equally sturdy in-hand, and battery access was also pretty simple. 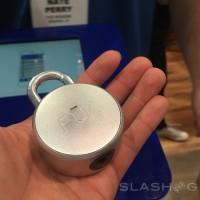 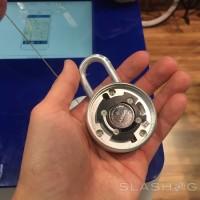 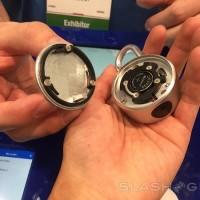 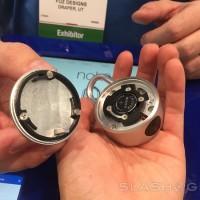 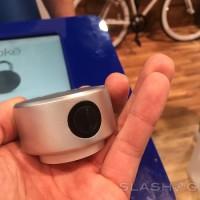 If that sounds troublesome, don’t worry. If your Noke dies or the battery is otherwise compromised, a physical unlock code done via a series of taps (like you’re trying to unhinge it but can’t) still allow it to work. 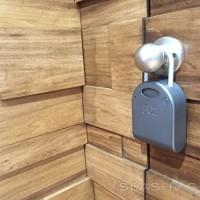 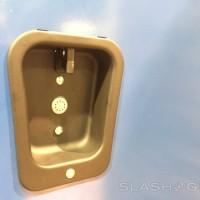 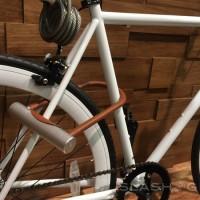 We also got a look at Noke’s future locks, or at least those in testing. A real estate lock for vacant homes is pretty neat, and a lock for lockers (like a gym) that knows when you’re in range and opens with the push of a button. There’s also a really neat bike lock for those who want that functionality.

If you’re a Noke backer, check out the video below for more info about your incoming lock. If you’re just now hearing about Noke, feel free to give the site a look, where you can pre-order for April delivery.