FUZ Designs envisions a future where your smartphone replaces your key ring, at least as far as your padlock is concerned. The Noke (pronounced no-key) is a Bluetooth padlock that looks like an ordinary Masterlock, but rather than using a physical key, it unlocks at the presence of your handset.

Noke works in conjunction with the company’s Android and iOS apps, pairing with the owner’s smartphone over Bluetooth. Once paired, and using the app, the owner can assign the lock a name and photo — unlocking the Noke works by pressing the shank. 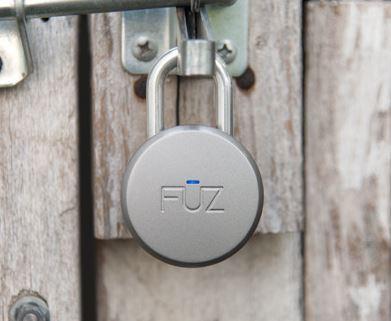 When pressed, the lock is roused from sleep mode and begins searching for a Bluetooth connection. When it pairs with the owner’s smartphone, the lock opens. Alternatively, a manual unlock code can be set for those times your battery dies or you forget your phone.

There’s a bike mount accessory for making it easier to transport the lock on a bicycle, as well. The device is being funded through Kickstarter, where it sits at $89,371 out of a $100,000 goal, with 29 days remaining.