No friends? Don’t worry, the Allo @google bot will love you

If you’ve ever gone looking for a friend to chat to, but nobody’s online, don’t worry: Google has your back. In Allo, the company’s new messaging app, there’s not only a friends list made up of your human contacts, but “@google”, the chatting embodiment of the Google Assistant.

It’s Google’s take on the chat bot phenomenon that has already seen Facebook bet heavily on automated responses in an IM interface, as a middle-man between individuals and companies.

Within Allo, that might be asking “did my team win” – the @google bot automatically knows which team you’re talking about – and then seeing their latest results. 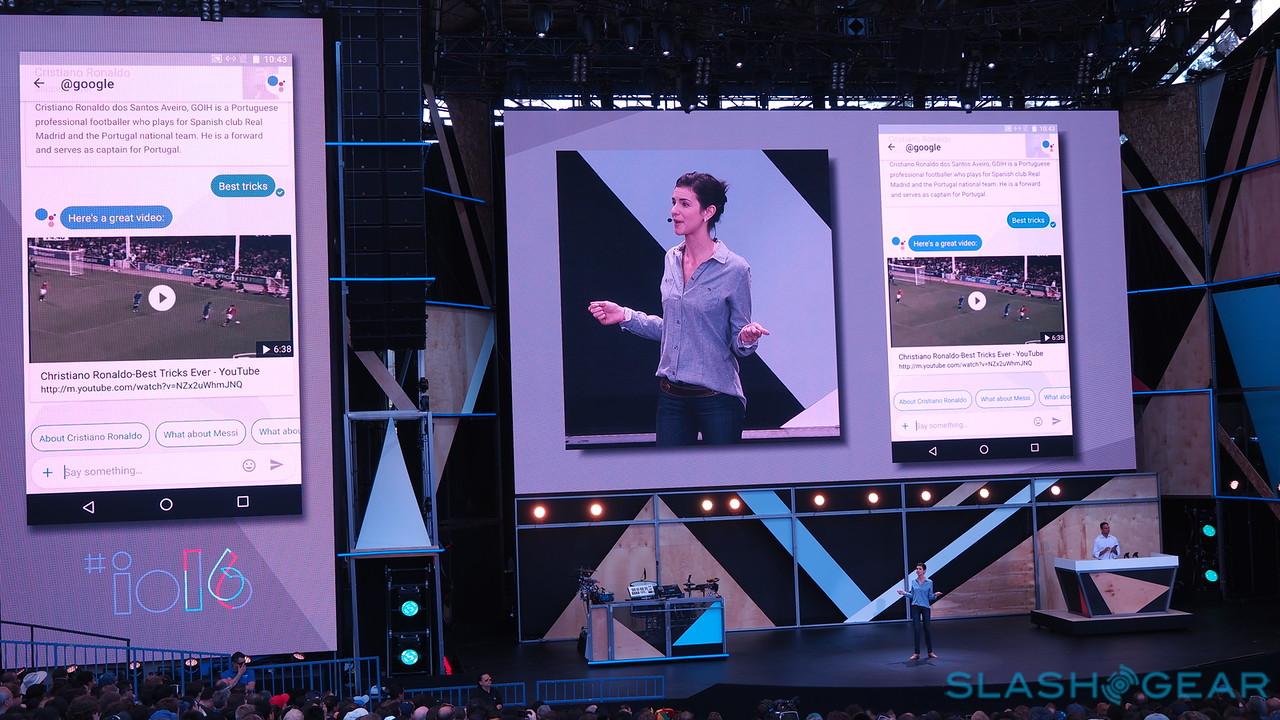 Replying “Roster” pulls up the team’s members; tapping on one in the carousel of thumbnails summons details on that player, as well as prompts for possible follow-up questions.

@google can even show related videos embedded directly in the chat, rather than throwing you out and into the YouTube app instead.

If you’re within a conversation with another human, @google can – with your permission – monitor the chat and automatically make suggestions of things like restaurants to go to, taking into account any mention of food preferences made earlier in the discussion. 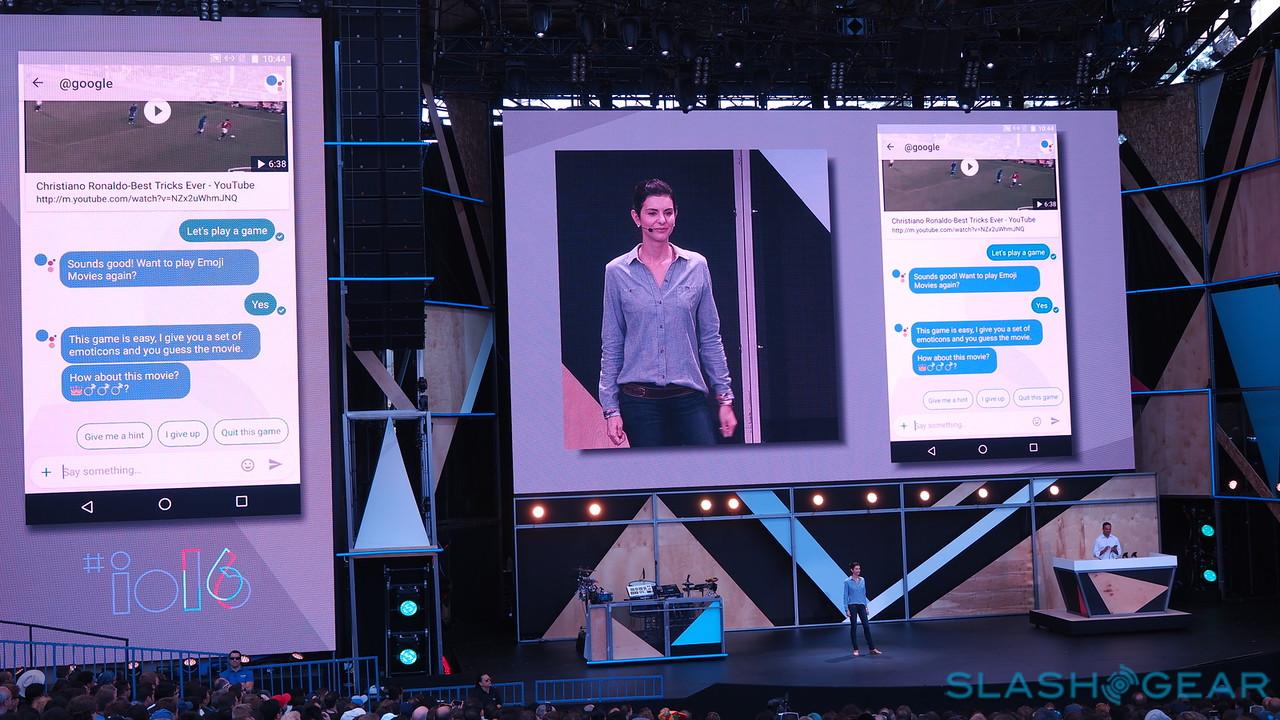 Though Google – and specifically the Google Assistant – will be providing much of the conversational intelligence, the field is also set for third-party developers and services to get involved.

Restaurant booking service OpenTable is the first partner confirmed, allowing users of Allo to reserve a table within the chat interface.

One area Google expects to be popular for developers is games that the @google bot can play with you. In the on-stage I/O demo, one example was challenging players to identify a movie based on a string of emojis representing the title.

The question, of course, is why Google opted to develop a standalone app for this, rather than integrating it into its existing chat app, Hangouts. Still, Google says this is only the first implementation of Google Assistant – it’ll also be in the Google Home smart speaker later in the year – so it’s possible we’ll be able to do the same in other software as the bot develops.

Allo – and the @google bot – will be available this summer, on Android and iOS.