Take a long, adoring look at the new Nissan Z Proto, the concept previewing the automaker’s next-generation Z car. Bright yellow, and hoping to be an eventual bright spot in Nissan’s revamped range, the Z Proto strikes a careful balance between just enough heritage to keep the long-time Z fans happy, but enough of the future to make it competitive in the segment.

The result is something both recognizably “Z” but also new, with a long, sculpted hood and teardrop-shaped LED headlamps clearly inspired by the classics. For that, Nissan’s designers say, they looked to the original half-circle lights that graced the front of the original 240ZG, which was only offered in Japan. 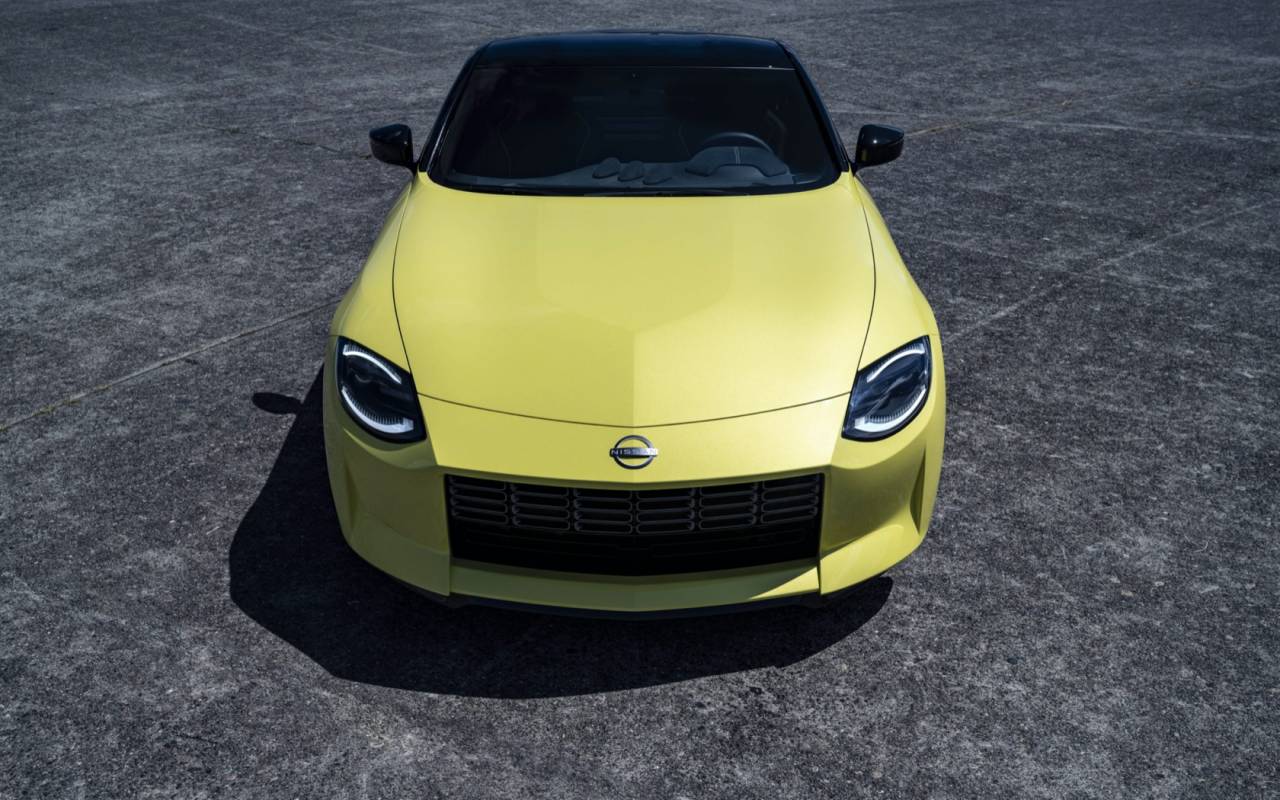 In profile, there’s a distinctive squared-off rear – with Nissan repeating its visual flourish of making the rear edge slightly lower than the front fender height – along with 300ZX-inspired taillights. They’re embedded in a rectangular black section, which spans the whole rear of the Z Proto and wraps around the edges. At the front, there’s a similarly rectangular grille, similar in size to the current Z, but outfitted with retro fins. 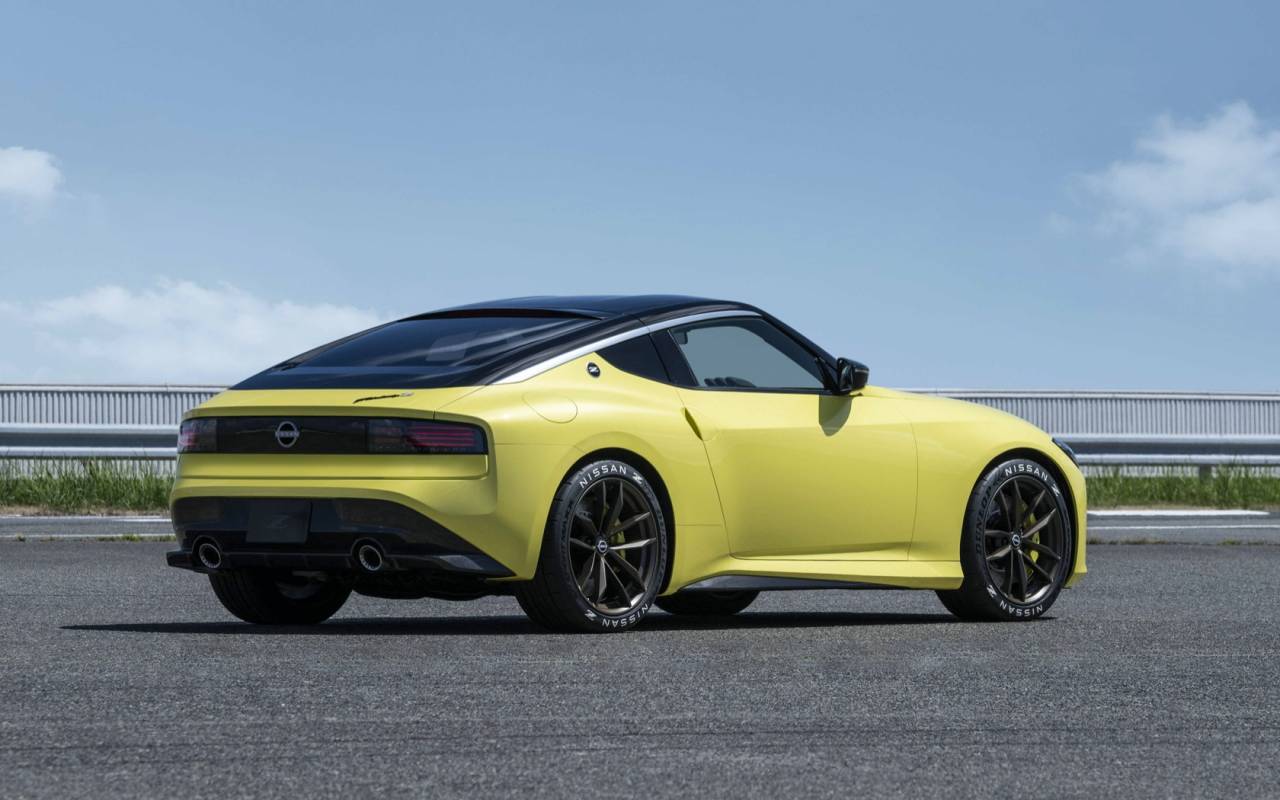 Unlike some concepts, the Z Proto doesn’t go show-car wild. The wheels are 19-inch alloys, and there are dual exhausts at the back. Some carbon fiber features, too, with the side skirts, front lower lip, and rear valance getting the lightweight material. 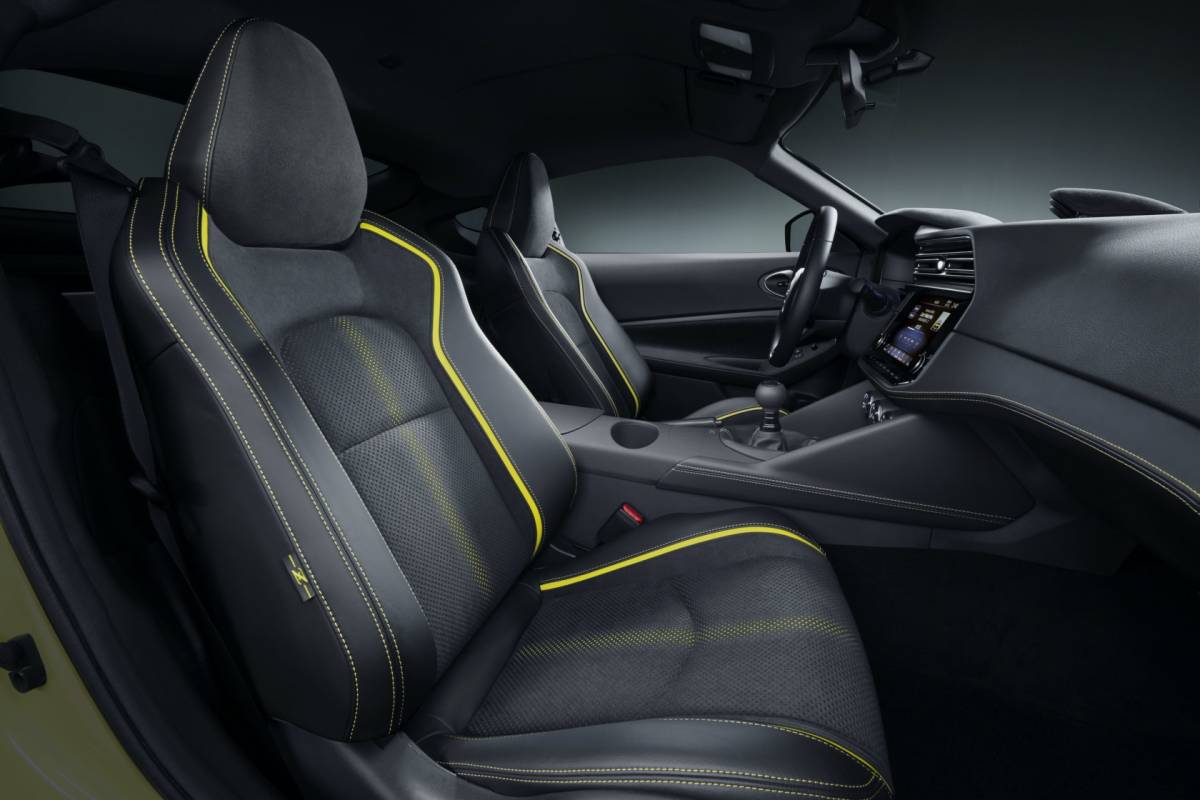 Inside, too, things seem eminently production-practical. Again, it’s a combination of old and new, with a deep dish steering wheel outfitted with quick-access controls, and a 12.3-inch digital driver display for the virtual instrumentation. More yellow has made it into the cabin as well, including the seat and instrument panel stitching. The seats themselves use a special layered material. 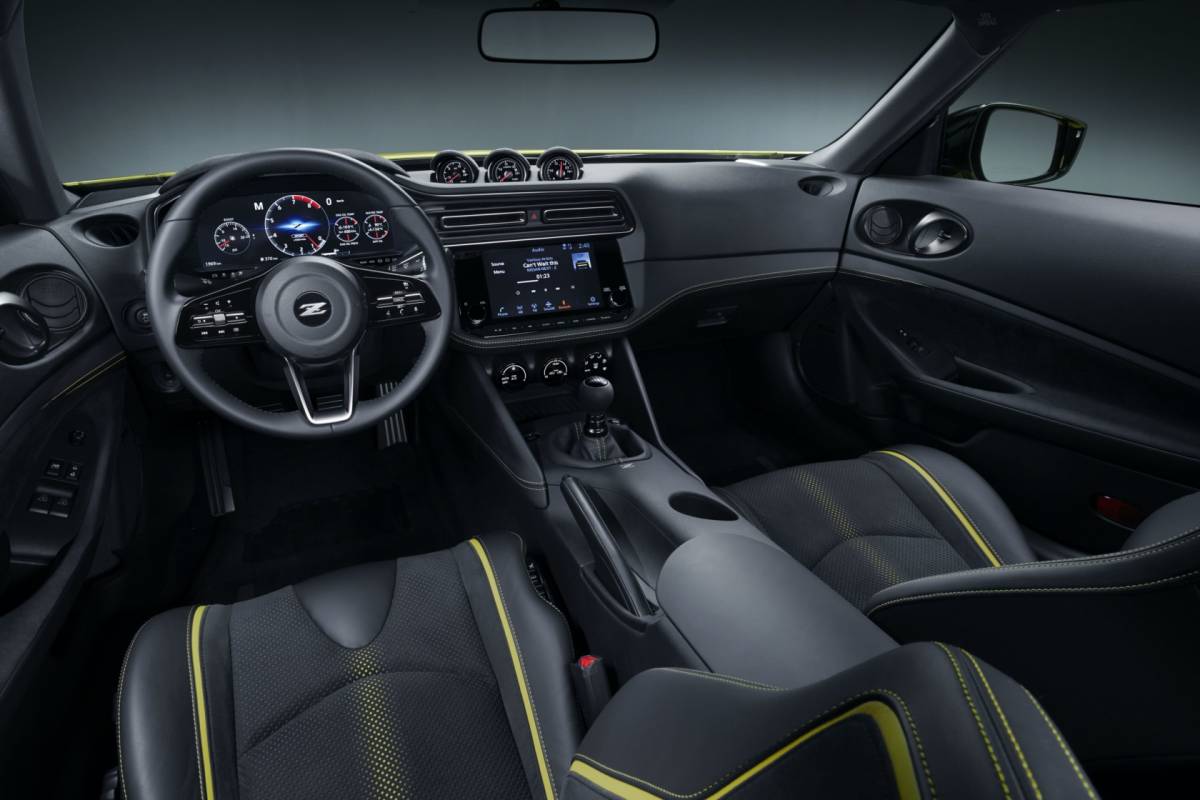 The biggest question we all had, of course, was powertrain. Nissan has been pushing electrification in recent years, with an all-electric crossover, the 2021 Ariya, set to join the Leaf EV next year. As a result, there’s been no shortage of speculation that the new Z car could be a hybrid, or even offered as an all-electric model. 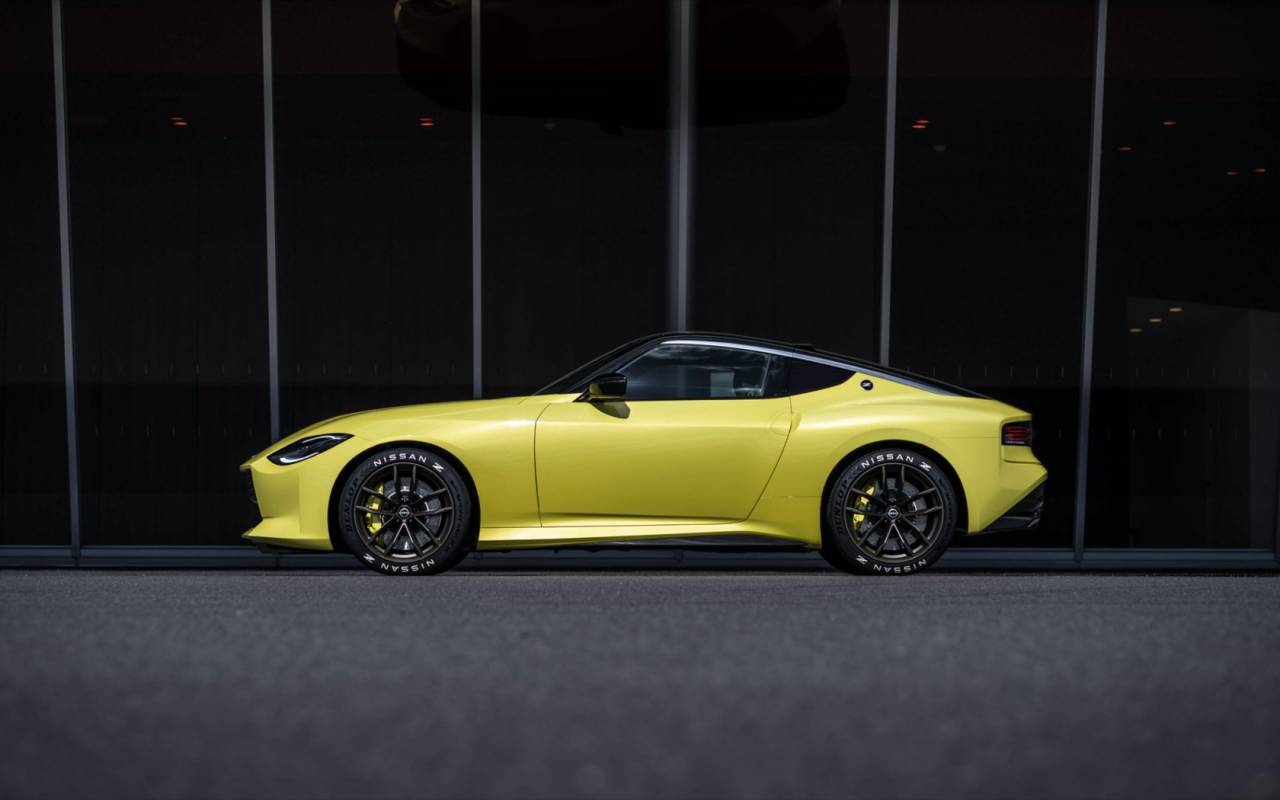 For now, though, there’s nothing so controversial. Instead, there’s a V6 twin-turbo gas engine of unspecified capacity, power, and torque, paired in the Z Proto with a 6-speed manual transmission. Nissan says that there’s an automatic option in development – and, for that matter, that the car we see here is just a “development study vehicle” and as such “does not confirm or reflect production model specifications” – but is tight-lipped on anything approaching a hybrid Z or a Z EV. 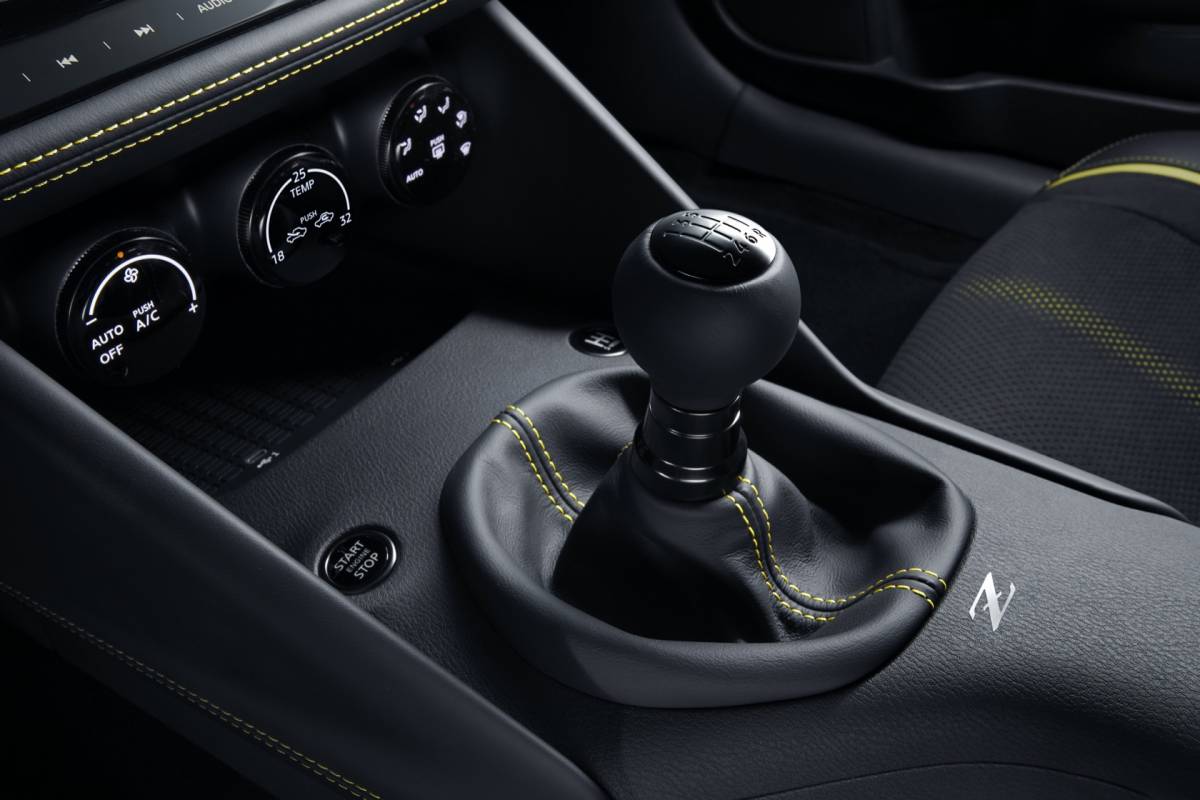 Indeed, it’s not exactly clear where the Z goes from this point, as it transitions from Z Proto to new Z in production. “As a prototype, work is now underway to synchronize the power with the grace and control that has defined the Z for the past 50 years,” the company says, somewhat cryptically. We can see this design concept as “signaling the company’s intent to launch a new generation” of Z and, according to Nissan CEO Makoto Uchida “yes, the new one is coming!” 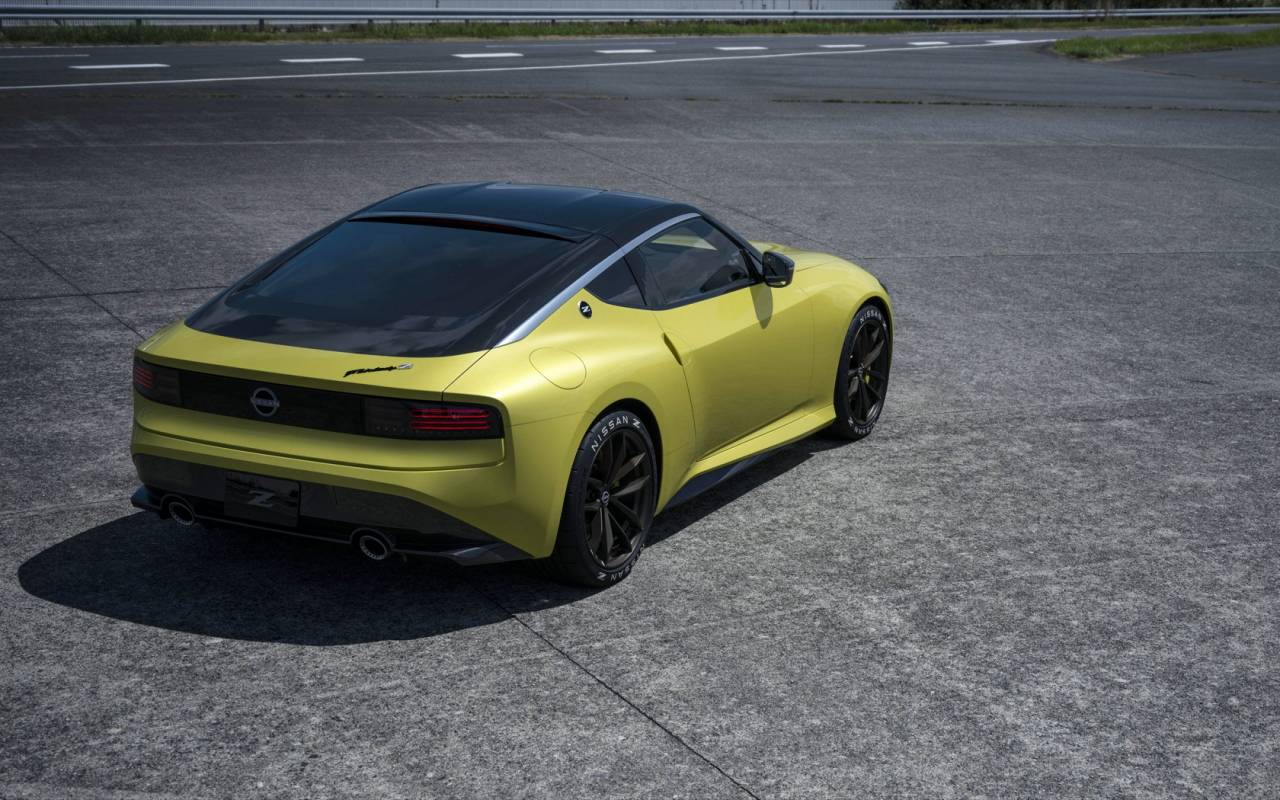 When it’s coming, what engine it will pack, how much it might cost, and how many of the details in this Z Proto make it to the production line, for that we’ll have to wait. Nissan has certainly focused on making the Z Proto realistic – its 172.5 inch length, 72.8 inch width, and 51.6 inch height makes it almost a perfect match for the Toyota Supra in size, the car it’s likely to be most commonly compared to – but it looks like hopes for anything as market-ready as a new 2021 Nissan 400Z may have been a little premature.