Robots are for mass-production, craftspeople are for one-offs, at least that’s how it usually goes, but Nissan is upending that by teaching machines to make one-off parts with techniques more familiar to human workers. Dubbed “dual-sided dieless forming” it may be a bland name but the process – where two robots work together in mesmeric symmetry – could have a huge impact on niche production.

Typically, one-off or short run parts are expensive, because the upfront cost of making a stamped part die is considerable, and the time involved in actually producing that die is significant. Over the course of mass production, the costs are amortized, but if you’re looking for a small number of pieces it’s basically prohibitive.

That’s not an issue if you’re making, say, a Nissan Leaf fender, but it’s more of a problem if you need a replacement panel for your classic car. Existing robotic production methods have been able to rely on a single arm to produce a one-off panel, but the complexity of the design has been limited. Nissan’s new proprietary system, however, doubles up on the workforce to change all that.

Two robots work together, one on either side of a piece of steel. Nissan’s Production Engineering Research and Development Center worked with new materials developments from the automaker’s Research Division, to come up with new software and tools. 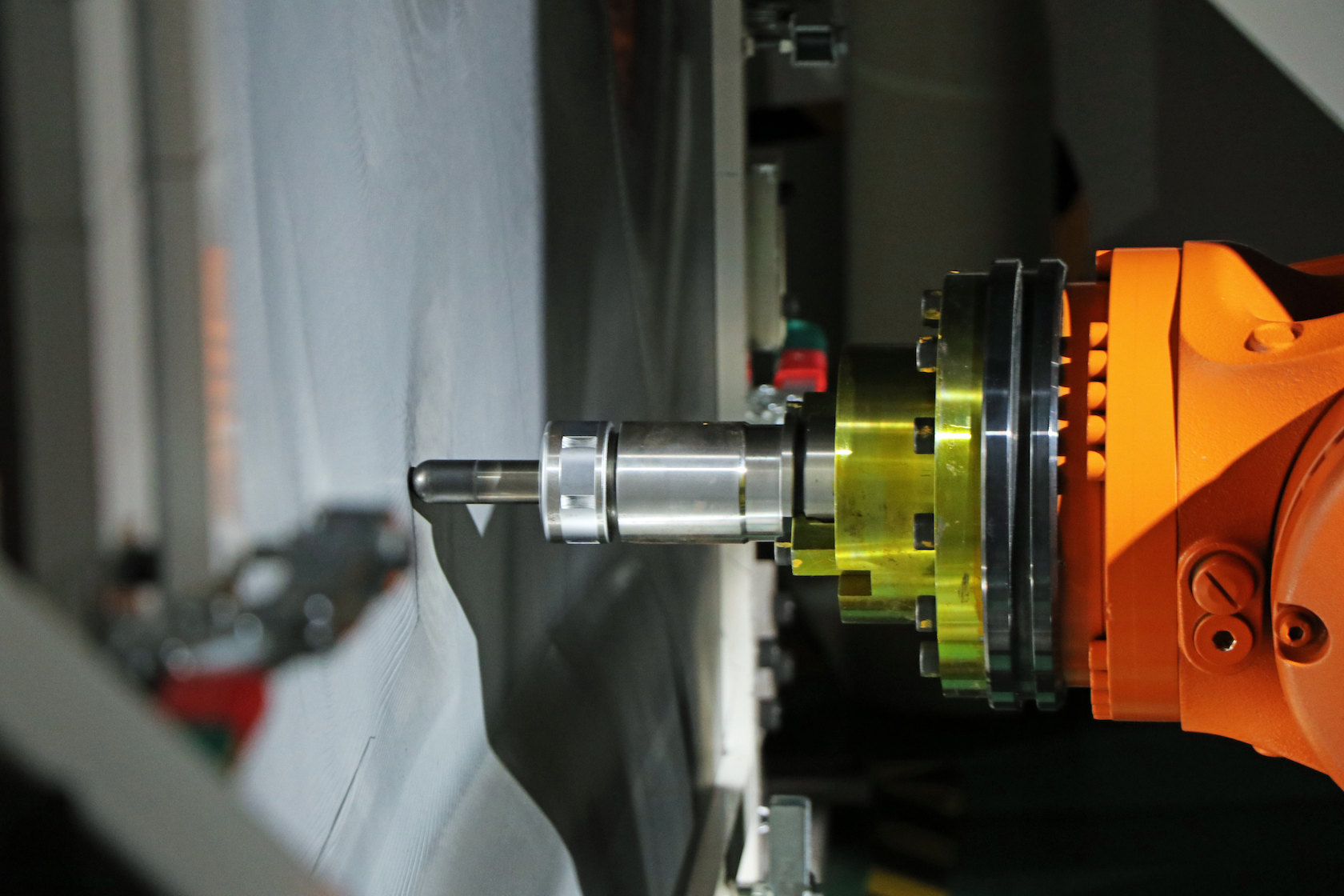 Each arm is equipped with a variety of mirrored diamond coated tools, which allow them to operate without lubrication while still avoiding friction. It helps keep the surface quality consistent, Nissan says, not to mention cutting down on expensive – and environmentally impactful – lubricants. 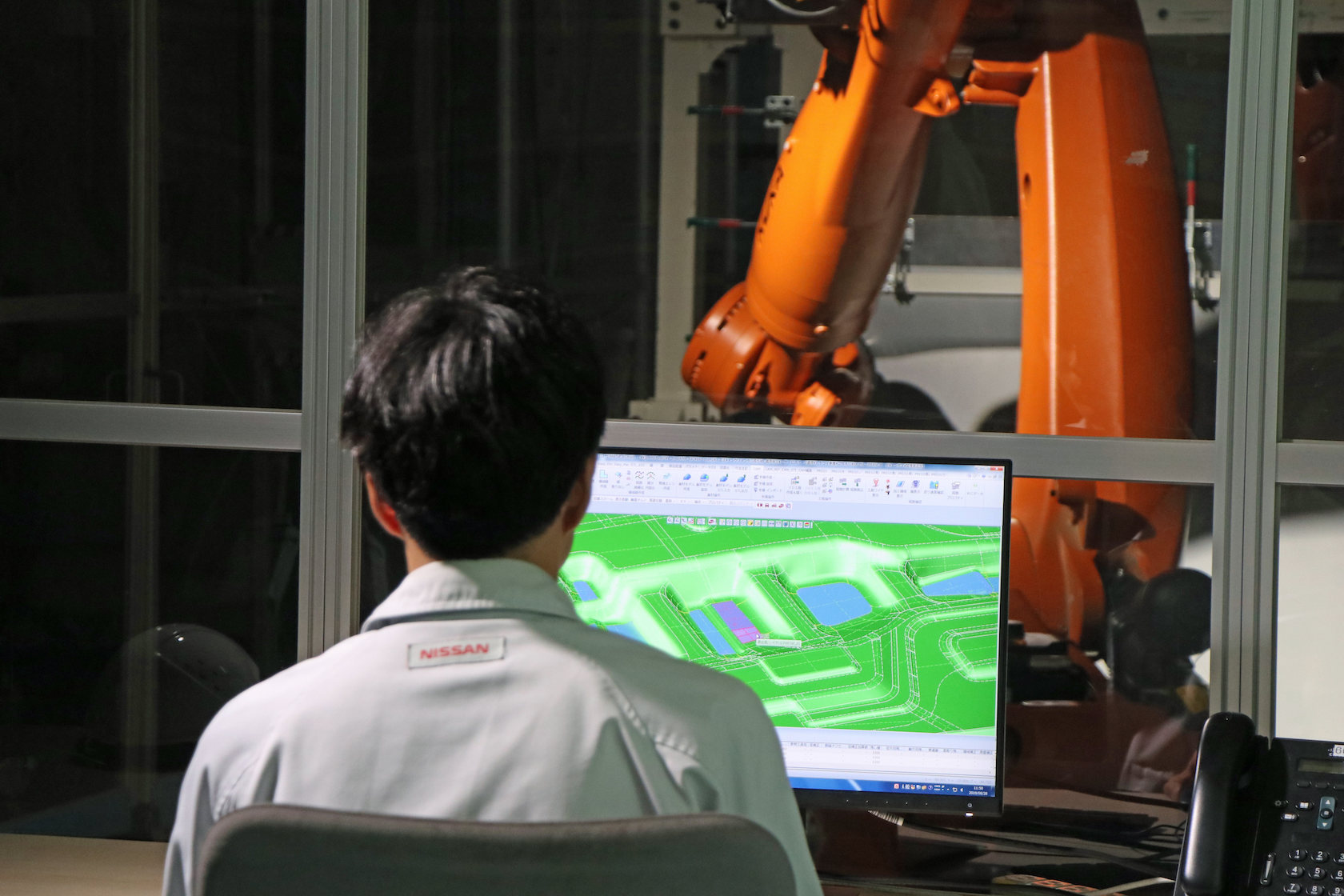 Meanwhile, programs to control both robots “with a high degree of dimensional accuracy” were developed, Nissan says, so that detailed concave and convex shapes could be created. At the same time, optimizing pathfinding logic borrowed simulation techniques and processes from the usual production engineering teams, cutting down on the time involved in teaching the operational software. “This enabled Nissan to achieve high quality results early in the development process,” the company says. 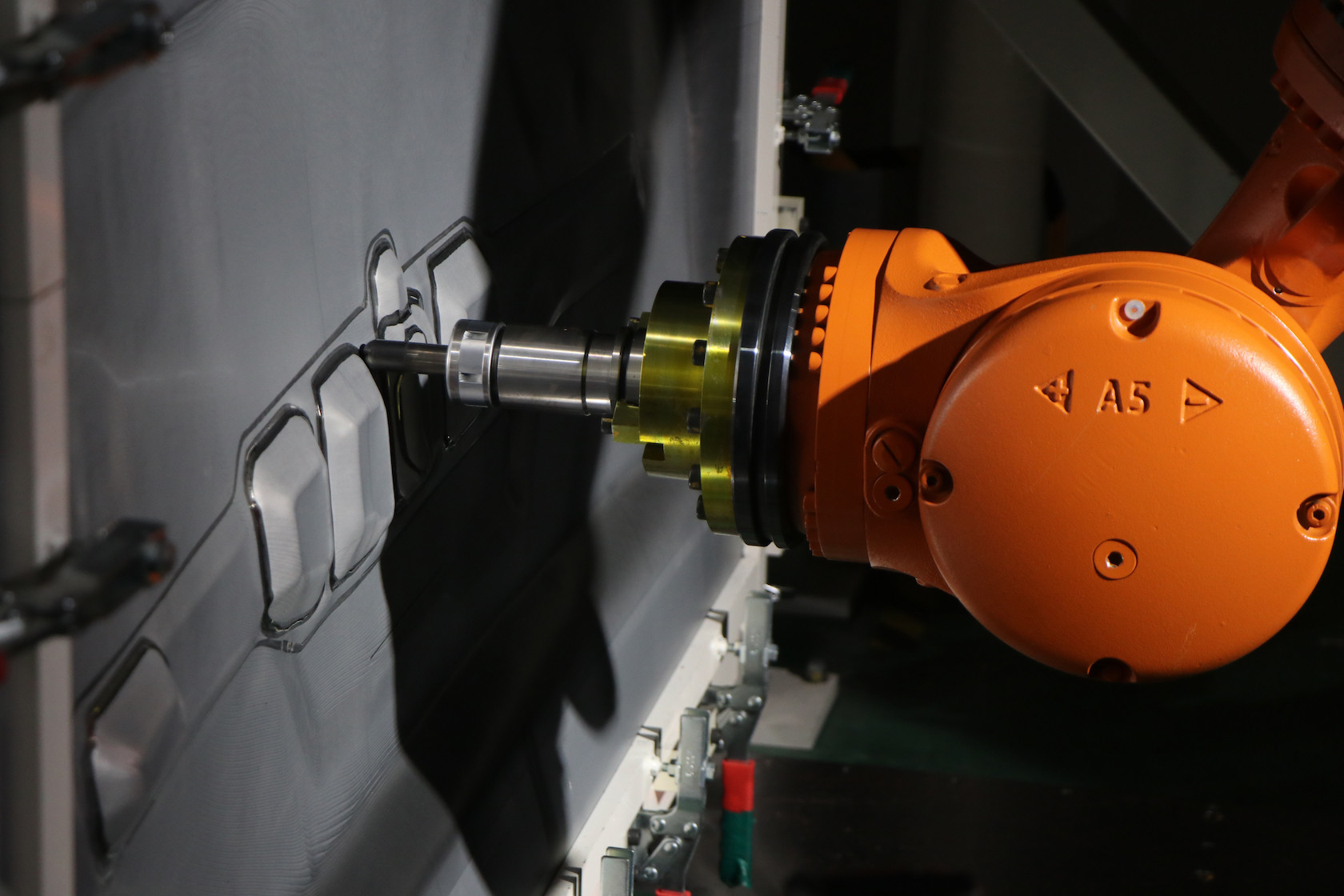 It’s not necessarily a quick method of production. While there are no human workers, requiring breaks and working limited hours, to consider, the twinned arms can only work so fast with their precision tools. Nonetheless, Nissan says it unlocks a whole new opportunity for after-service and replacement parts in small volumes, for cars it no longer produces. Customers could add their desired part to the queue, the robots shifting between different designs in their operational database, and each one in the line could be different and with minimal upfront costs.

Nissan says it hopes to commercialize the system, though it’s unclear when the new robot artisans could come online for actual customer parts.