The Nissan IMQ concept crossover may have been cooked up to catch attention at the Geneva Motor Show 2019, but its influences look set to linger in the automaker’s range in the years to come. The latest in a series of Nissan SUVs, the IMQ features not only the newest design language from the company’s studios, but an e-POWER drivetrain that promises more flexibility along with more frugality.

If you’ve been following the trajectory of recent Nissan concept cars, the IMQ should probably come as little surprise. The Nissan IMs shown off back at the Detroit Auto Show last month, for instance, shared the same bold surfacing. Earlier concepts have made physical the experimentation Nissan has been flirting with around its grille design and the stance of its cars. 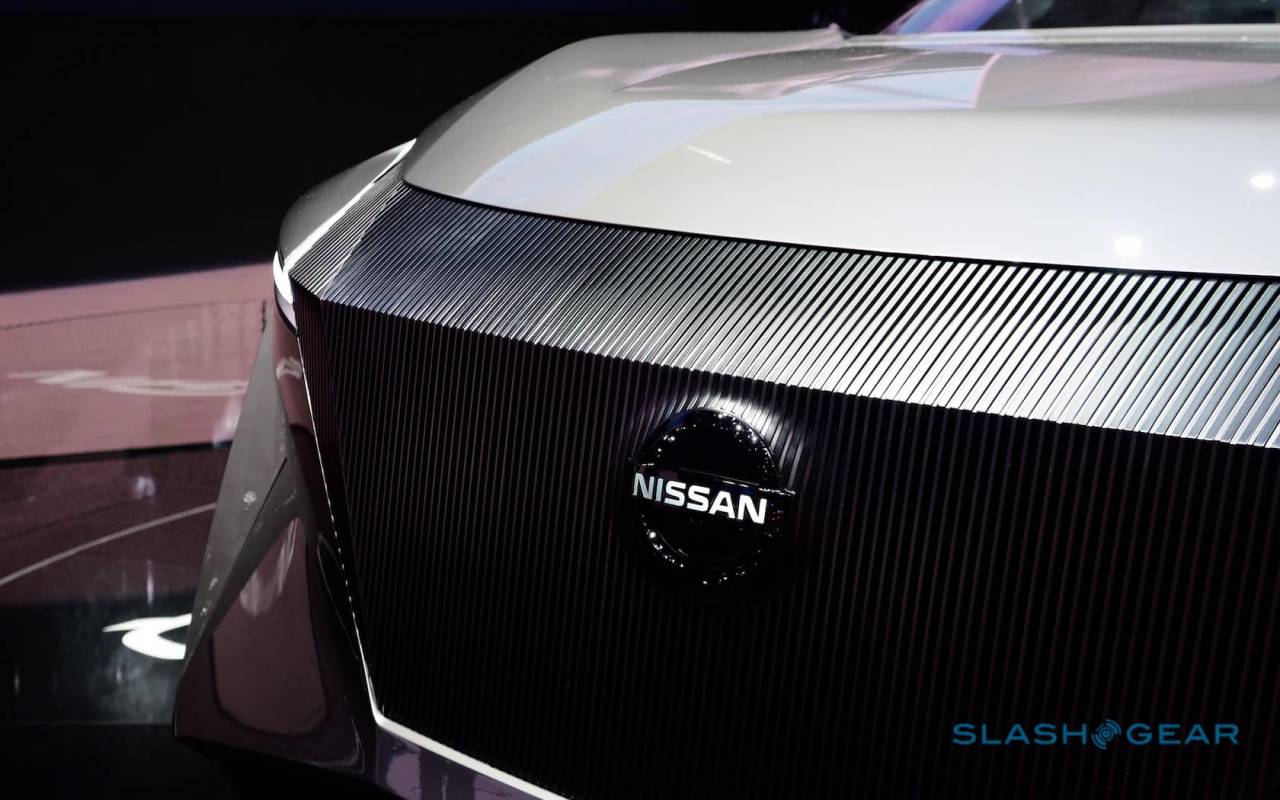 At the front, the V-motion grille has been pared back and left more subtle as a result. Its grooves blend into the hood as well as down, merging into the front bumper. Chrome-edge cuts to the hood around the fenders, where they rise from the wheel arches to the center, add some visual texture. 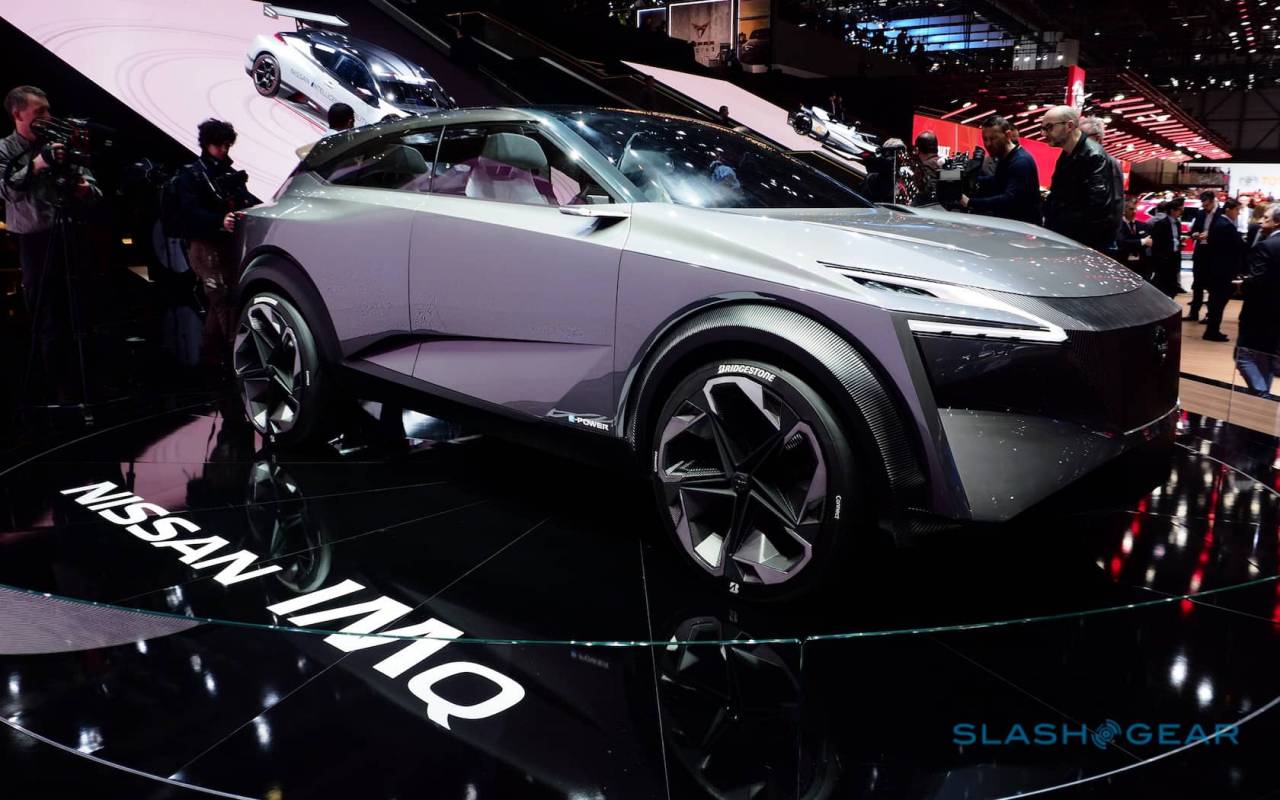 The back takes a similar approach. A vertical character line drops down from the light cluster, both a visual flourish and an aid to aerodynamics, Nissan claims. The automaker’s “boomerang” lamps have been slimmed down, and there’s a single-piece tailgate. 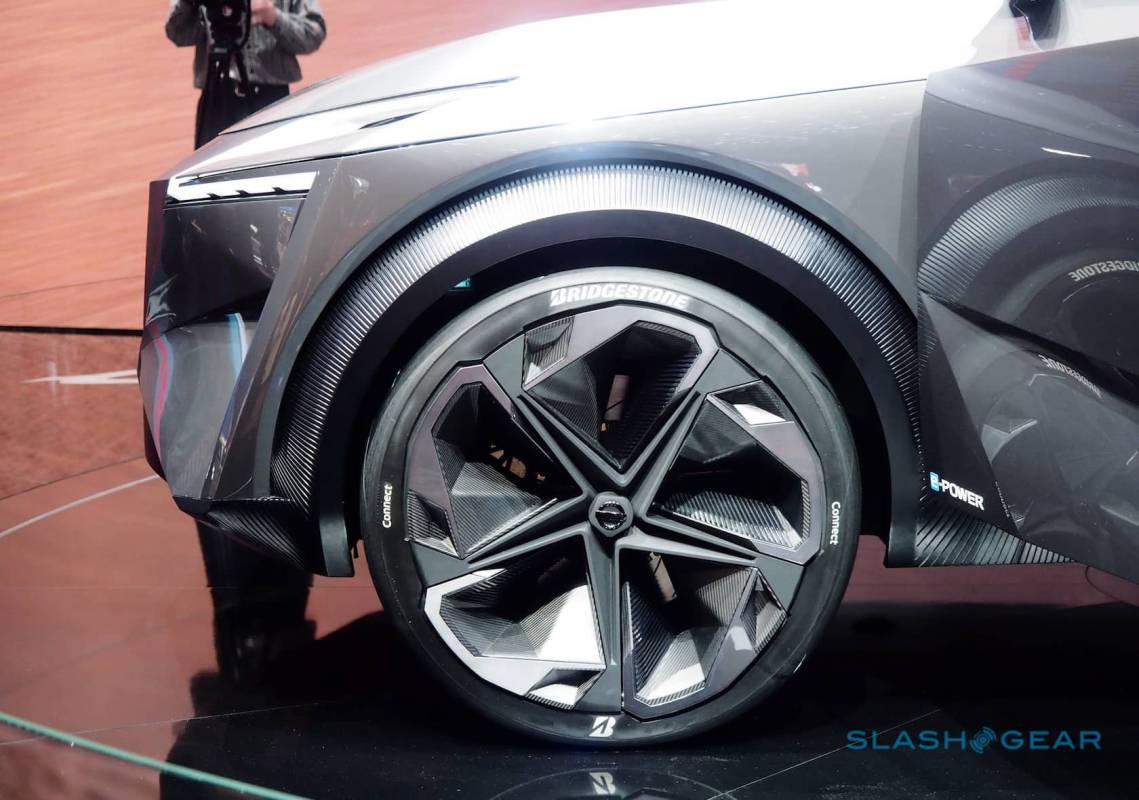 22-inch alloy wheels get bespoke Bridgestone Connect smart tires. They’re able to communicate metrics like tire load, pressure, temperature, tire wear and health, and grip levels to the IMQ’s infotainment system. The car can then use that data to automatically adjust its control systems accordingly.

Rear-hinged rear doors are an auto show favorite right now, and the IMQ is no different. The B-pillar-free space they reveal is taken up with four individual seats, mounted on a textured floor. The front seats are separated by the “gliding wing” instrument panel and center console, which visually links the front and rear. 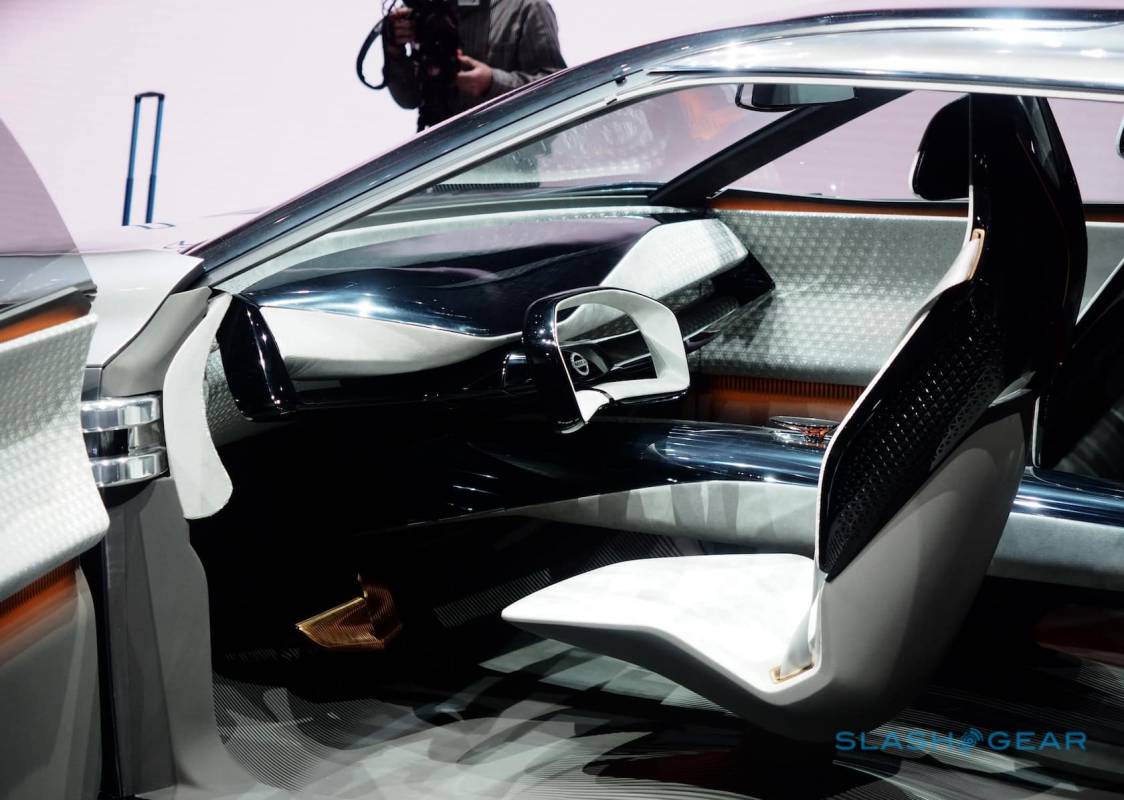 Nissan used a 3D technical fabric for the seats, laser cutting it in a geometric pattern. The automaker says that was inspired by Japanese kumiko woodwork, and it shows up again on the instrument panel, door trim, and on the parcel shelf. 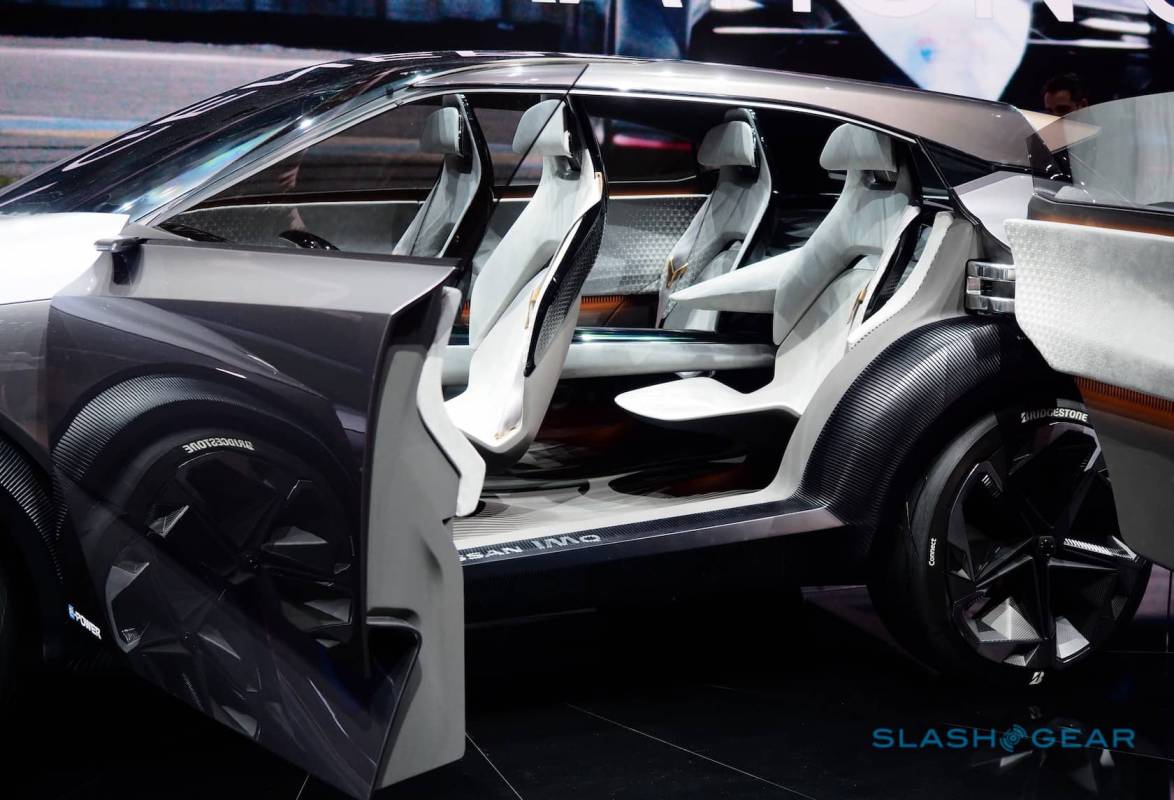 The driver gets a whopping 33-inch display, to show drivetrain details, infotainment, and other settings. Soft-touch paddle shifters are on the steering wheel. A second, smaller display above the center console is dedicated to the IMQ’s Virtual Personal Assistant, which can control navigation, vehicle settings, and other features by voice.

The IMQ is more than just a styling exercise, mind. It’s also a showcase for Nissan’s latest drivetrain system, e-POWER, a hybrid setup currently only offered on two cars in Japan. What until now has been available on the Note and Serena, now gets a concept car to play with. 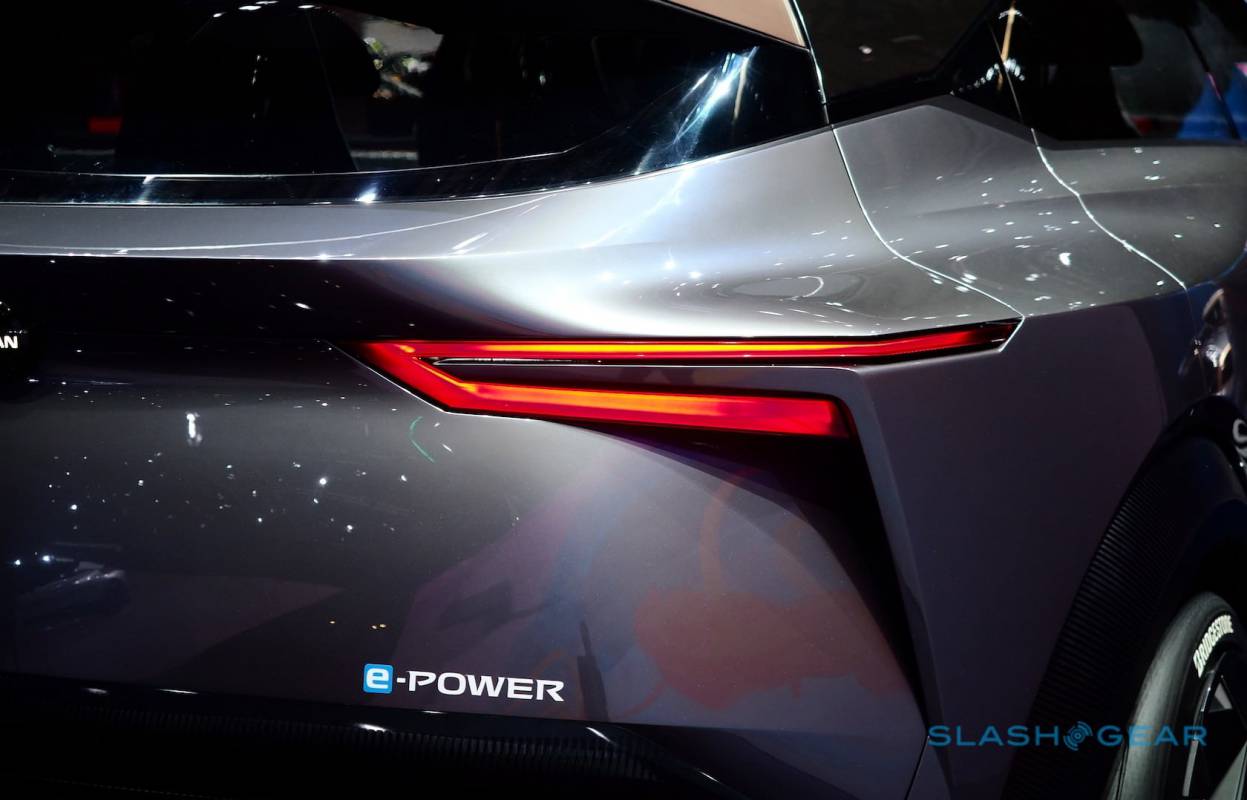 Nissan e-POWER combines a 1.5-liter turbocharged gas engine with electric motors. 335 horsepower and 516 lb-ft of torque are on tap, but arguably more important is the independent AWD control. Nissan says it can adjust the power to each wheel independently, for more precise torque vectoring and to accommodate the different nature of each road condition.

Nissan isn’t ready for its cars to take over the controls themselves quite yet, though the IMQ will be your co-driver. It features the latest iteration of Nissan ProPILOT Assist as well as the company’s Invisible-to-Visible technology. 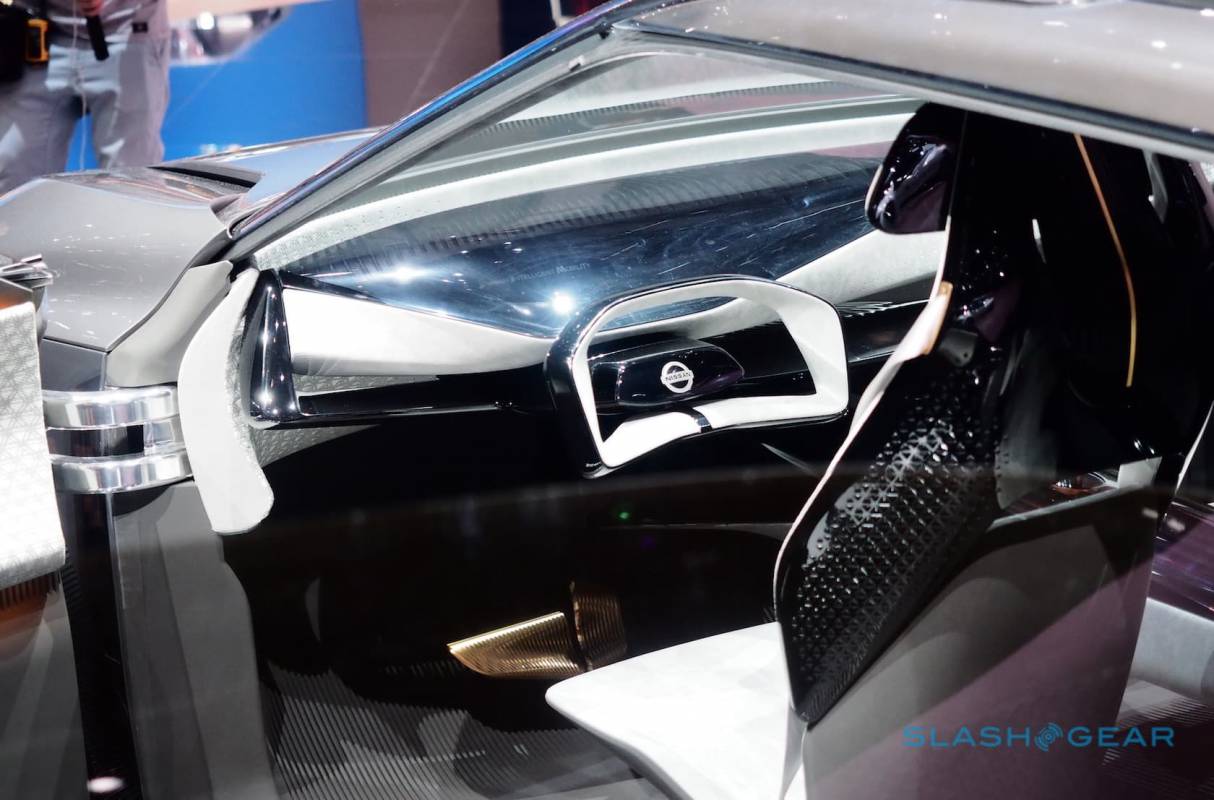 The former – currently in prototype form – uses sensors, radar, and cameras mounted around the car to help with driving duties on urban streets as well as highways. It can spot and understand traffic and information signals, as well as the maneuvers of other road users.

As for Invisible-to-Visible, or I2V, that’s a new 3D interface which blends the real-world with a digital version. I2V paves the way to getting hyper-local updates about traffic jams and other road conditions just outside the driver’s field of view, with automatic rerouting so that a potential hold-up won’t slow you down. A 3D augmented reality avatar is used as the interface for the system.

Nissan isn’t going to make the IMQ concept. That comes as little surprise. However it does hint at a number of the themes and ideas that the automaker says it will be featuring in its future models. 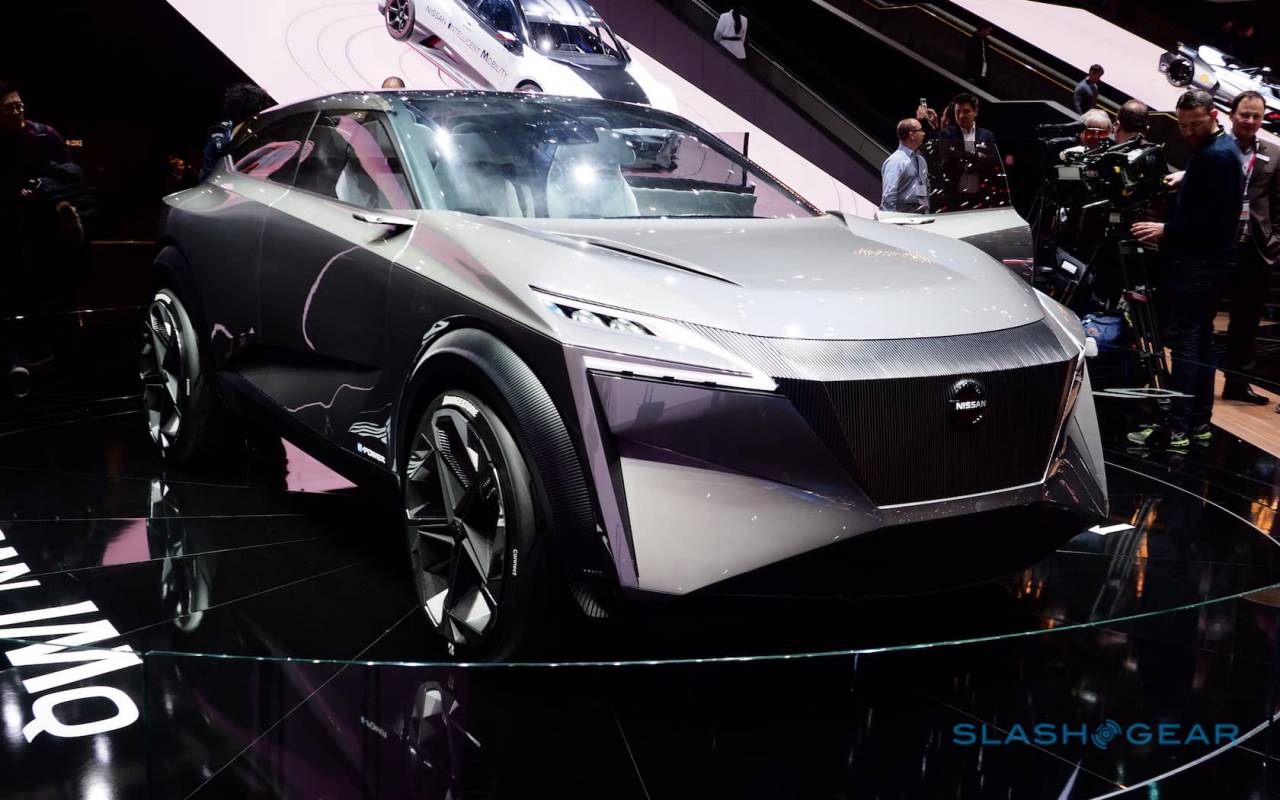 “The IMQ’s design combines traditional and modern Japanese influences and shows what’s possible when future crossovers are powered by Nissan Intelligent Mobility,” Alfonso Albaisa, senior vice president for design at Nissan, said of the concept. That may well go on to shape the automaker’s third-generation crossovers, leaving them bolder and more tech-savvy as a result.