Nissan may have outlined its big plan to reinvent its cars and SUVs, but Infiniti’s fate seems a little less promising as further details emerge from the revenue-strapped automaker. Announced last week, the four year roadmap came as Nissan revealed sales for the last fiscal year had shrunk by more than 10-percent, and that losses hit $6.2 billion.

The answer, Nissan chiefs argued, was a return to the automaker’s core. That would be built atop three pillars: the mainstream C-Segment and D-Segment cars and SUVs that are the bread and butter of sales; electric and electrified vehicles to capture a green audience; and performance models like the upcoming new Z Car.

What proved to get few mentions in the plan, though, was Infiniti. The company’s answer to Lexus and Acura has long been its play for luxury in the US market, focusing on factors like driving dynamics and more emotive style to lure in drivers who might ordinarily be turned off by a Nissan badge. However it’s clear that sales there haven’t exactly been glowing in recent quarters, either. 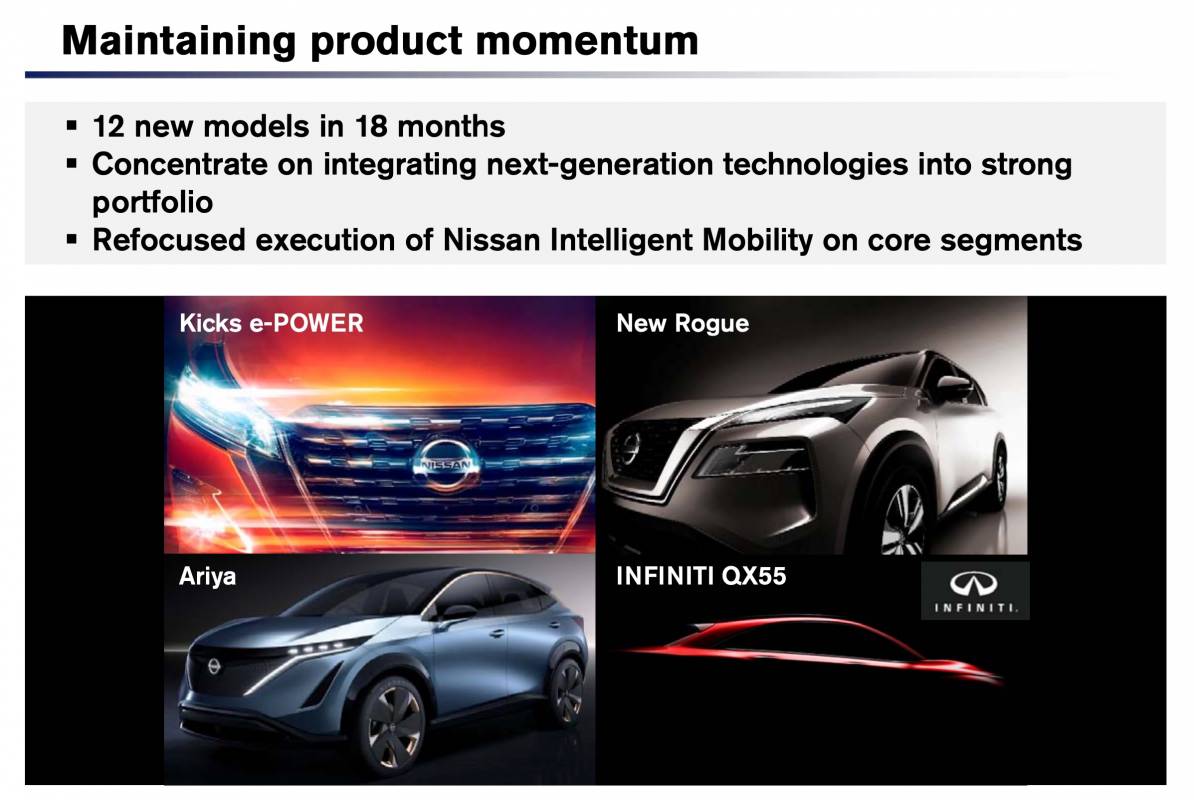 In fact, there was only one mention of the luxury brand in the new product timeline, the upcoming Infiniti QX55. That will be a new crossover coupe version of the QX50, aiming to tap into an audience of drivers wanting something more eager and stylish, and willing to sacrifice some practicality to get it.

Now, Automotive News reports, the reason for Infiniti’s back-seat in the Nissan overhaul starts to become clear. Currently, vehicles like the Q50, Q60, and Q70 sports sedans use a different platform to their Nissan sedan counterparts. The Nissan FM platform caters to rear-wheel drive models with engines shifted as far back behind the front axle as possible, so as to get weight distribution close to 50:50. It’s the same architecture, in fact, that underlies the Nissan 370Z.

That though, Nissan execs confirm, is on the way out for Infiniti. Instead the automaker plans to use a common Nissan platform, potentially dipping into the underlying architecture of the Altima or Maxima sedans. New Infiniti cars will also share powertrains with their Nissan counterparts, to better improve on efficiency of production and make it quicker to introduce and refresh models. 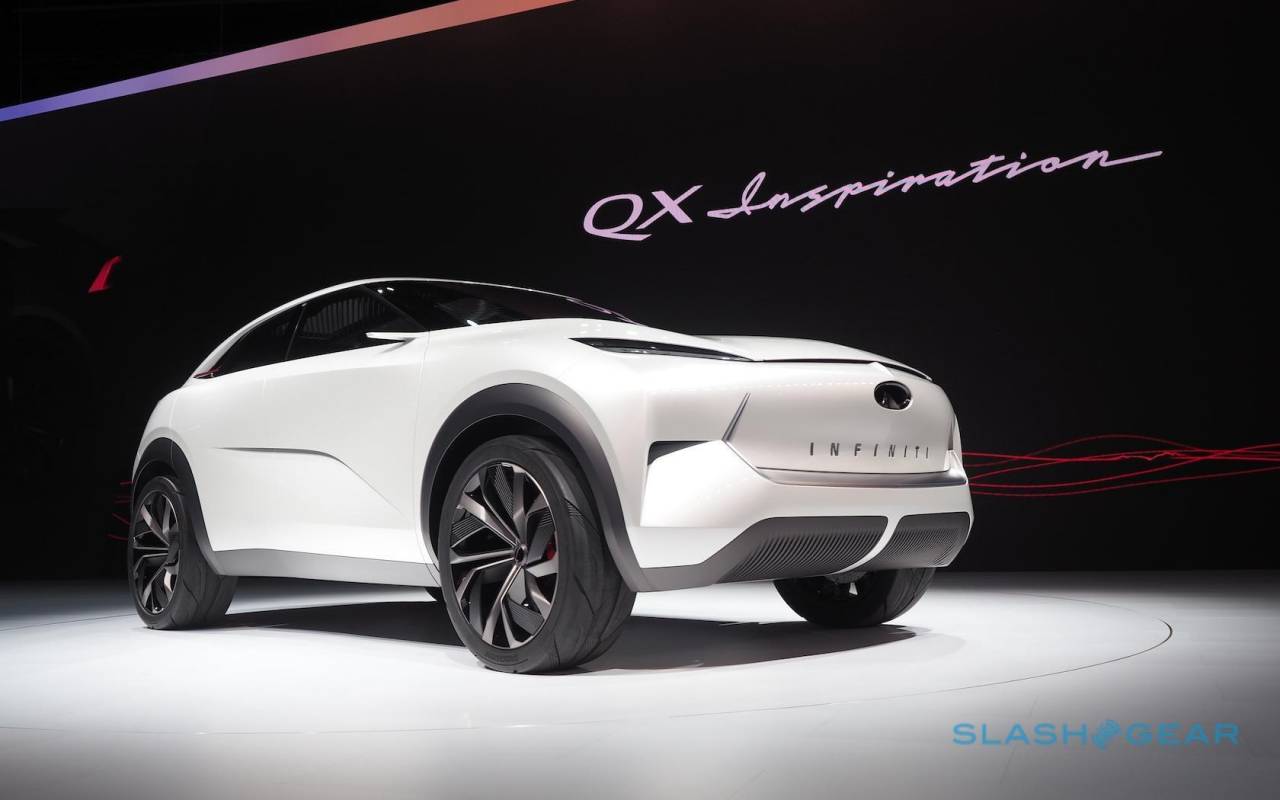 In one way, it should help Nissan address a common complaint from Infiniti aficionados: that the automaker simply takes too long to unveil new cars. By harmonizing around a smaller number of platforms, Nissan is hoping that Infiniti will benefit from a far more rapid development process. The first such cars to do that should drive by 2023, Nissan COO Ashwani Gupta suggested.

However at the same time, fans may be less impressed by Nissan’s planned positioning for that new line-up. “We will bring back Infiniti as Nissan-plus, in terms of product and technology,” Gupta says. That will help add features like e-POWER electrification and ProPILOT advanced driver-assistance. Yet it will also demand careful tuning if the next generation of Infiniti cars are to drive with an enthusiasm that recent Nissan models have lacked. 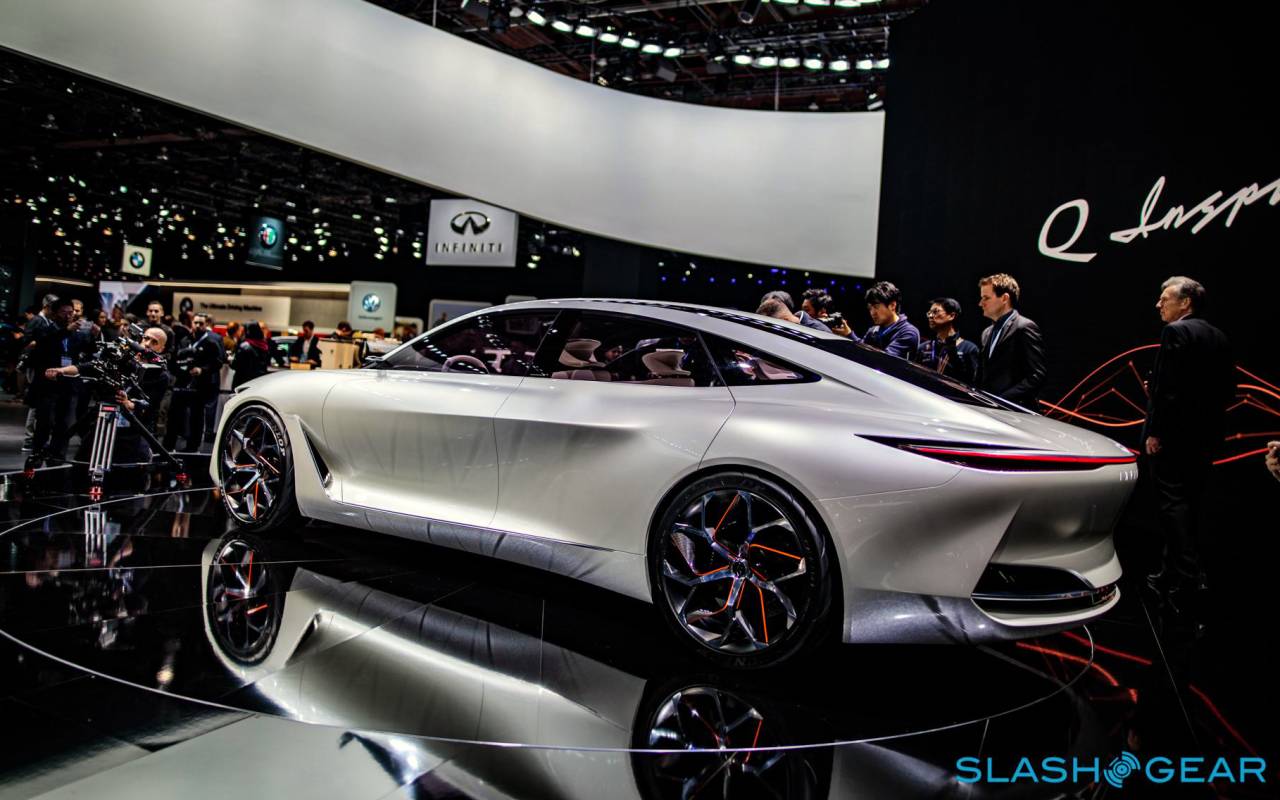 It comes at a risky time in the sports sedan segment, which itself is already feeling the squeeze from the rise in crossovers and SUVs, and indeed performance versions of those. Genesis has made waves with its recent sports sedans, like the G70, while Lexus is preparing to reveal a completely new IS, its entry-level sedan. Only last week, Acura took the wraps off the new 2021 TLX, promising an even more potent TLX Type S was to come.

What Genesis, Lexus, and Acura are all working hard to do is grow the dividing line between their cars and their Hyundai, Toyota, and Honda cousins. That, after all, is instrumental to building the prestige that entry-luxury buyers expect in order to open their wallets. Infiniti’s current range of cars may not be met with universal acclaim, but Nissan will need to take care if it’s not to leave their replacements feeling like little more than a Maxima with a different badge.