Anticipation for the Nintendo Switch’s next version has been on an all-time high for an agonizingly long time. Now that the handheld is finally a reality, let’s take a look at the key differences and similarities that’ll help you make up your mind whether to buy or pass on this hot new gadget. 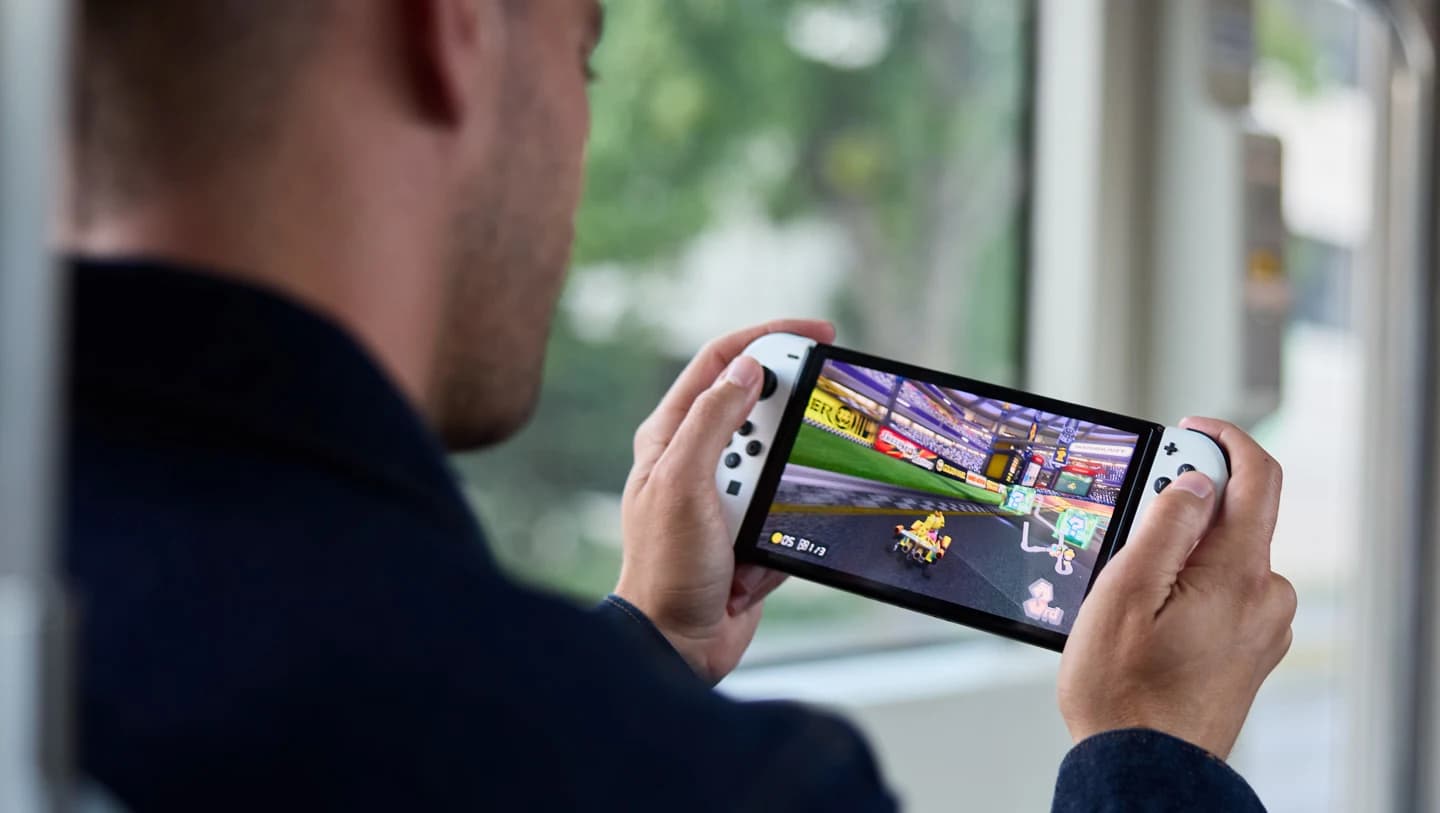 Nintendo choosing to highlight the OLED aspect in the name of its new console is somewhat strange, but then, we’ll have to live with it. That’s where one of the biggest differences in the two consoles lies. The latest announced Switch gets a 7-inch OLED multi-touch capacitive display with 1280x720p resolution. The standard Nintendo Switch on the other hand has a 6.2-inch multi-touch capacitive LCD touchscreen with a resolution of 1280x720p.

This means the new OLED model will have deeper blacks, far better contrast and an overall vibrant look. The resolution being the same for both is slightly disappointing as there will be no bump up in the level of details which is really valuable for gamers. It actually gives a strategic advantage in some gaming titles where a sharper level of detail means better viewing capability. 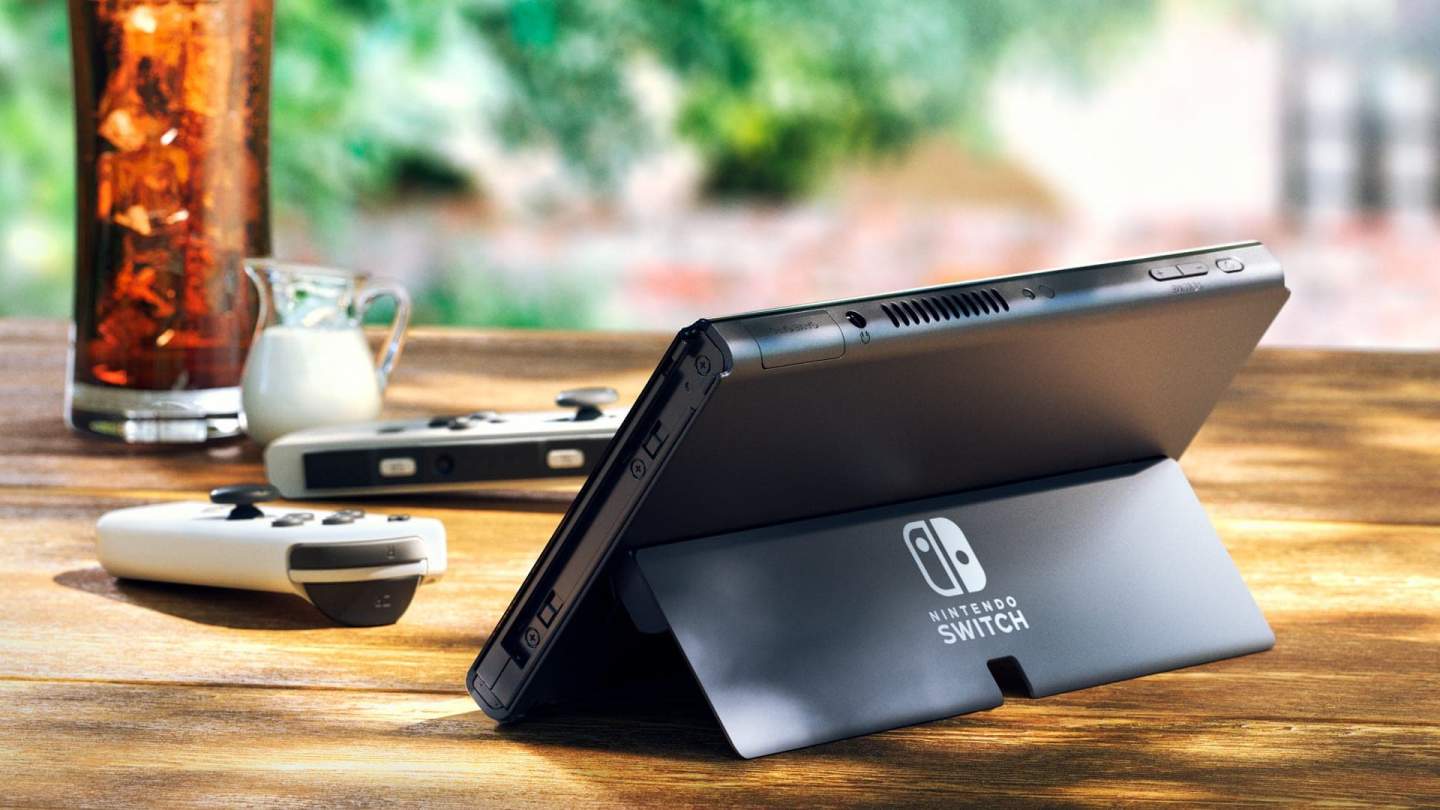 Both the consoles are more or less similar (if not identical) in basic shape and aesthetics. The bigger OLED screen eats up the somewhat dated large bezel design of the standard model – thereby having a very sleek look to it. Other minor changes come in the form of a taller profile – the new model measure 0.1 inches larger – and weighs 0.05 pounds heavier.

The biggest and most satisfying change however is in the kickstand which has been delightfully revamped. Compared to the old plastic kickstand on the standard Switch that was a sort of wobbly and non-reliable, the newer kickstand is a full-width rear stand to keep the console sturdy in tabletop mode.

Coming on to the main consoles, both are offered in the Neon color option – paired to one red and one blue Joy-Con. The standard Switch other than that has the all-gray option. The OLED model on the other hand has a clean white option with off-white controllers matched to the off-white dock. 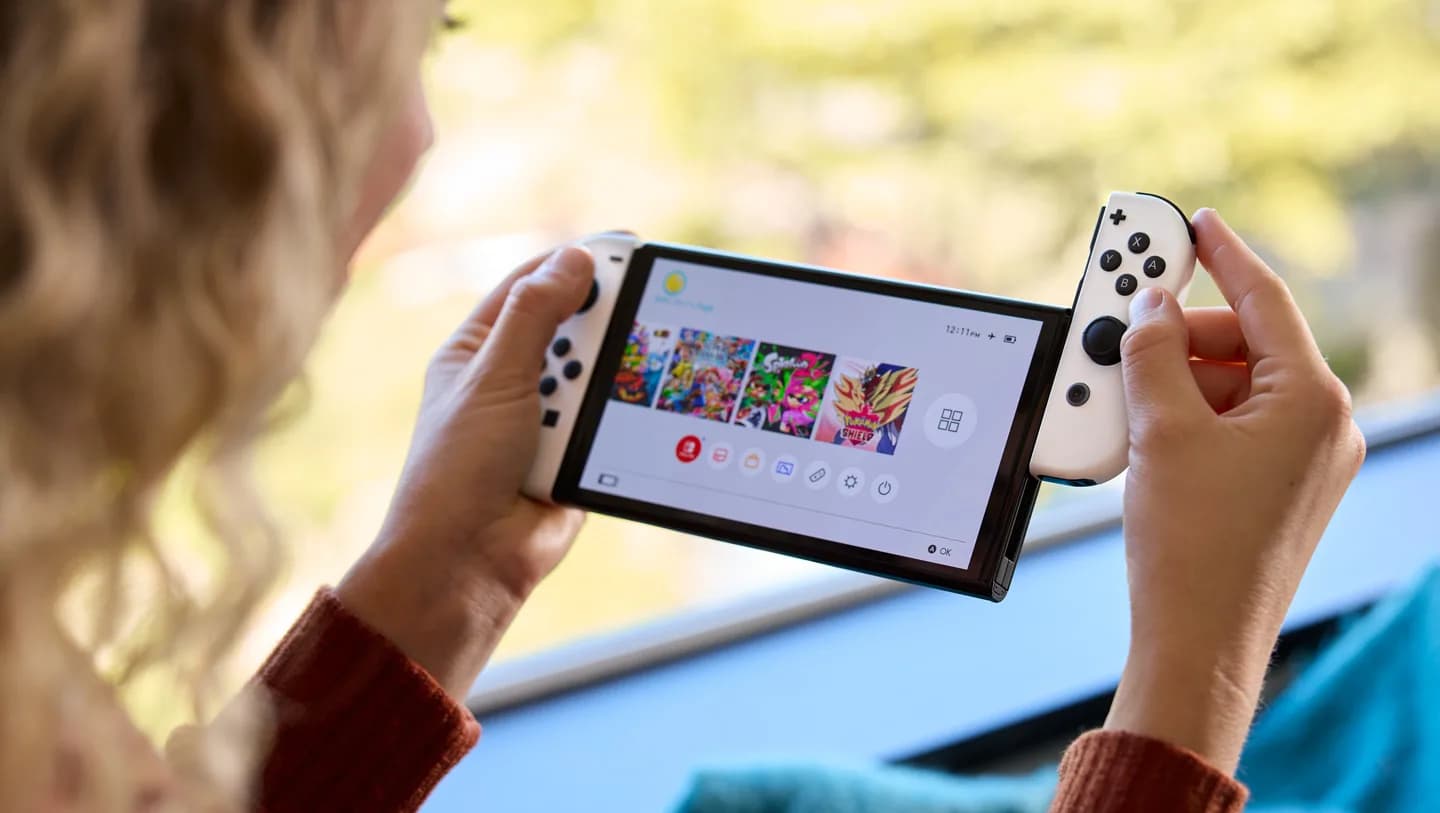 Of what’s known so far and by the look of things, the Joy-Cons shipping with the OLED version is identical in form to their predecessors. The rail system on the new console looks identical to the old one – meaning your old Joy-Cons will work with the new one and the new ones will function just as fine with the standard model.

Switch OLED gets a slightly redesigned dock in off white color. The older console had a black dock, so that is another change when the two are compared. The new version ditches the USB Type-A port on the standard Switch for a LAN port – a feature you’ll either like or dismiss. 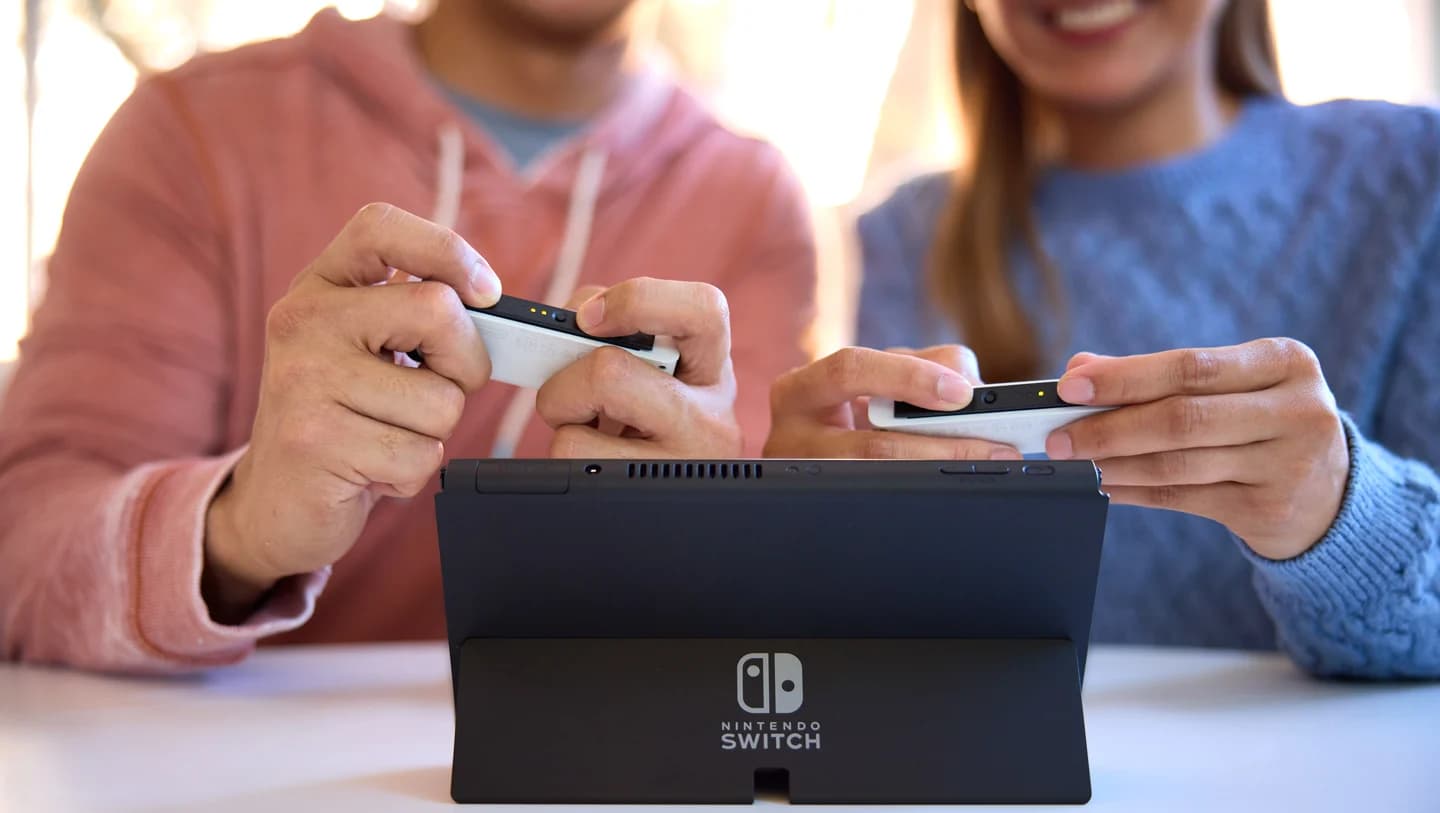 The new model gets an Ethernet (LAN) port to allow gamers to plug in the cable from the internet router to the console’s dock for better connectivity and signal strength in comparison to Wi-Fi. This will come in handy when outputting to a big screen. Unfortunately, the console cannot output 4K signal as it does not improve from its predecessor, which is capped at 1080p. 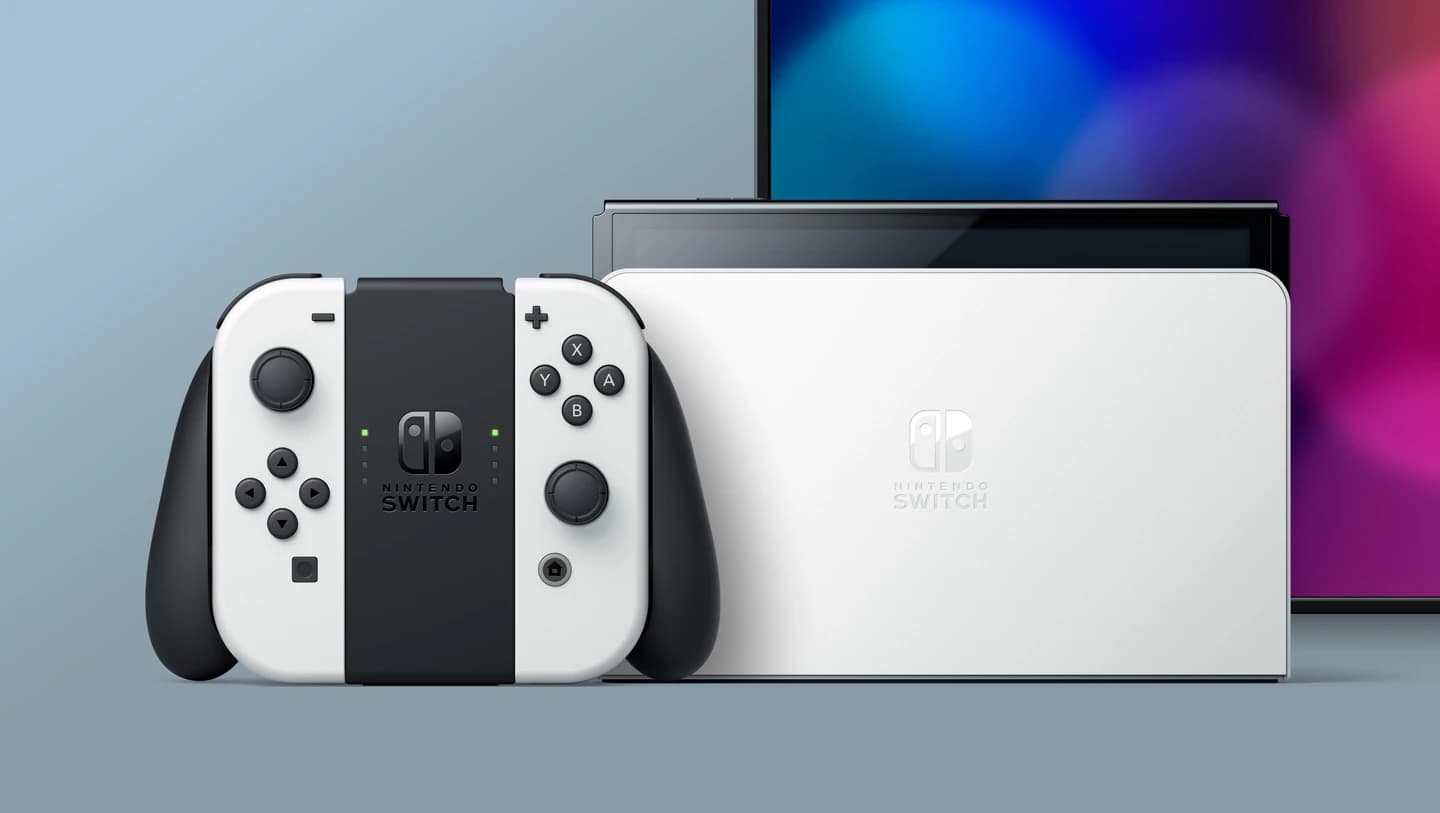 Nintendo Switch OLED gets double the storage of the standard version. That means you will get base storage of 64GB as compared to 32GB with the option to bump the storage via the microSD card.

A big disappointment on the new console is the same chipset as on the predecessor. It is powered by the custom Nvidia Tegra X1 chipset, and this could be one reason we aren’t excited about this new offering. Nintendo should have provided a better chipset for superior performance and rendering of graphics of the current as well as the games in the future. 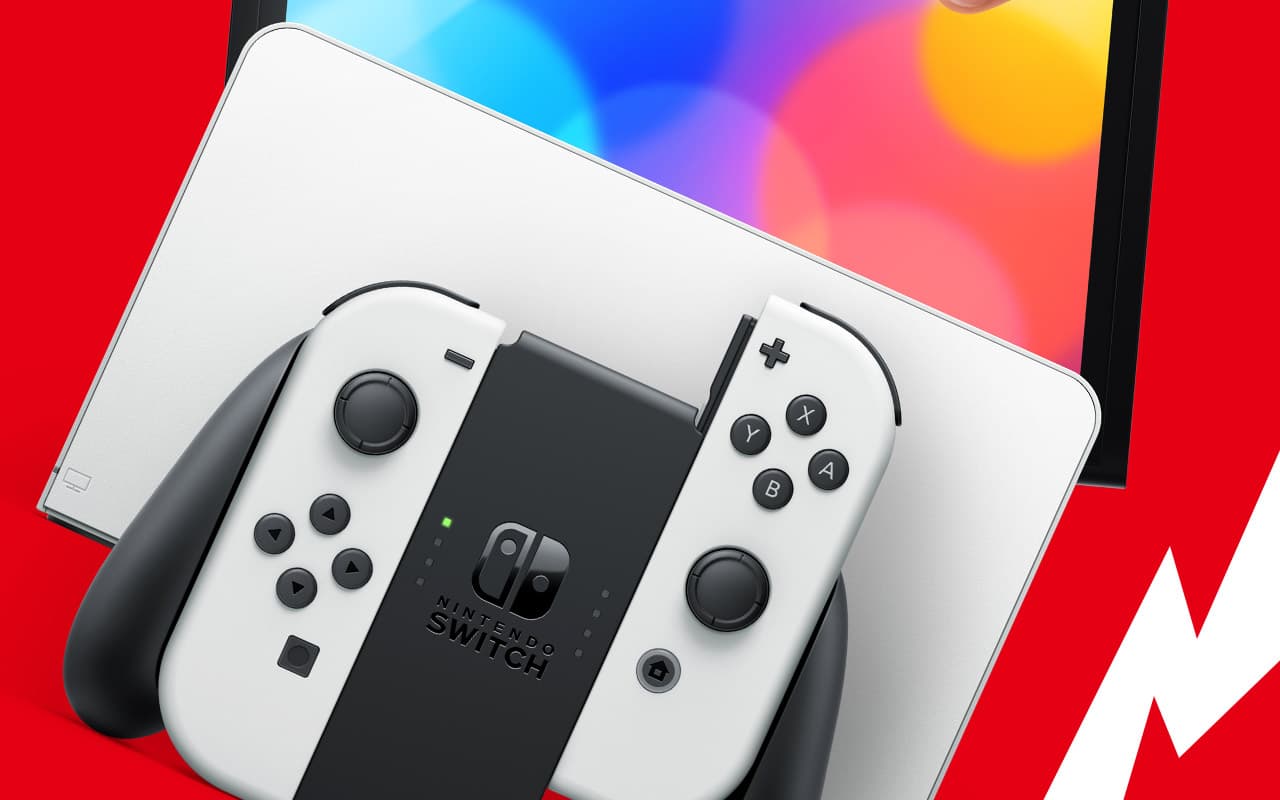 There is no upgrade in the battery capacity between the two models; the OLED option features the same 4,310mAh Lithium-ion power cell as the original Switch. According to Nintendo, the new model should be able to eke out almost the same battery life of about 4.5 to 9 hours on a single charge as the predecessor. The 2017 classic Switch model had a battery life of around 2.5 to 6.5 hours.

The new model has a bigger screen and OLED display yet it’s incredible to achieve almost the same backup as the previous version. The display panel of the old model has a brightness of 320nits while the newer OLED variant is expected to feature better peak brightness, it would not be close to the 500-600nits delivered by OLED phones though. 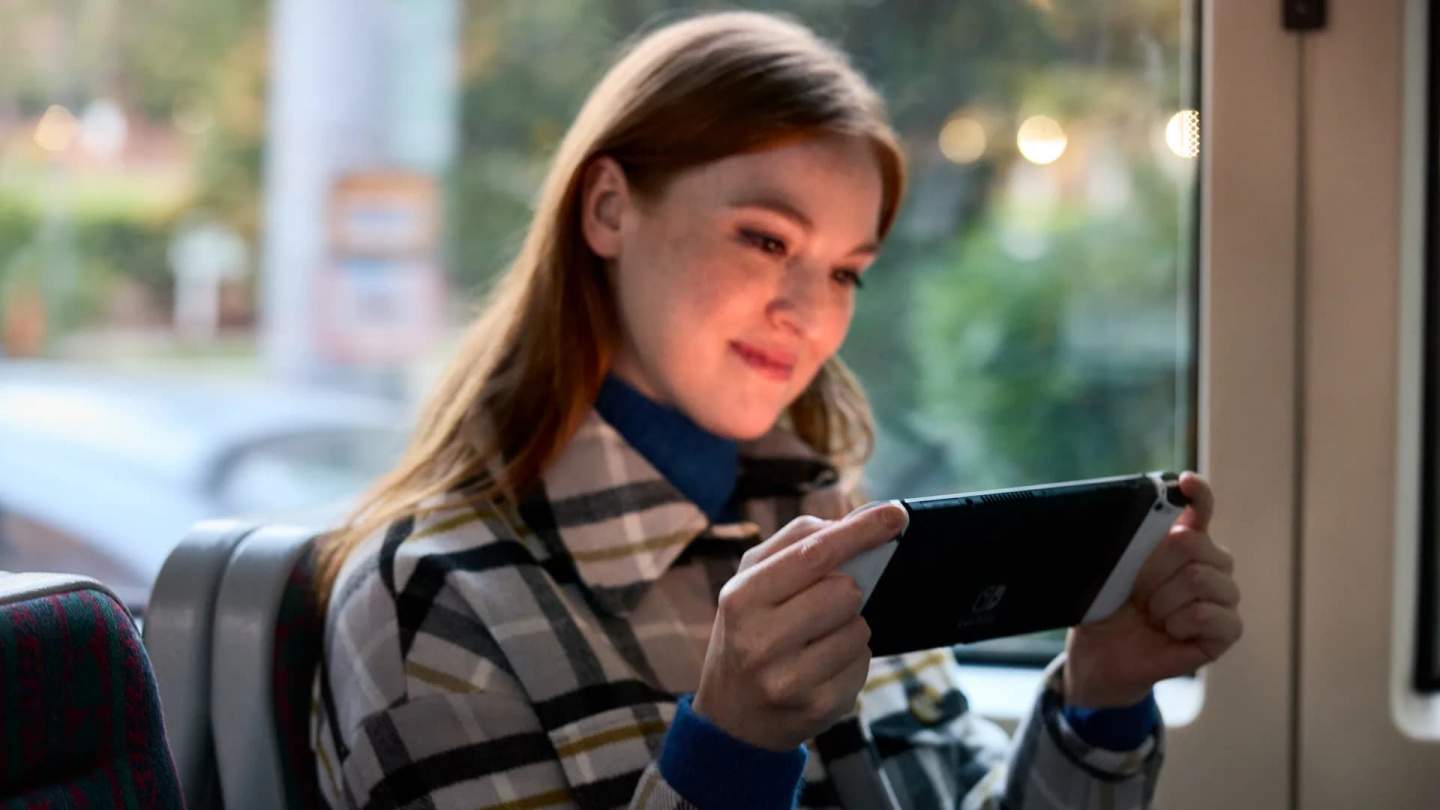 To get your hands on the Switch OLED model you’ll have to wait until October 8, 2021. The handheld gaming console will carry a price tag of $349.99, which is right on point when it comes to attracting prospective buyers. The price is $50 more than the current Switch that misses on a few features the new kid in town will offer.

The UK pricing of the Switch OLED is not yet announced but we assume it is going to be around the £300 mark since the Nintendo Switch is currently priced at £280 in the region. 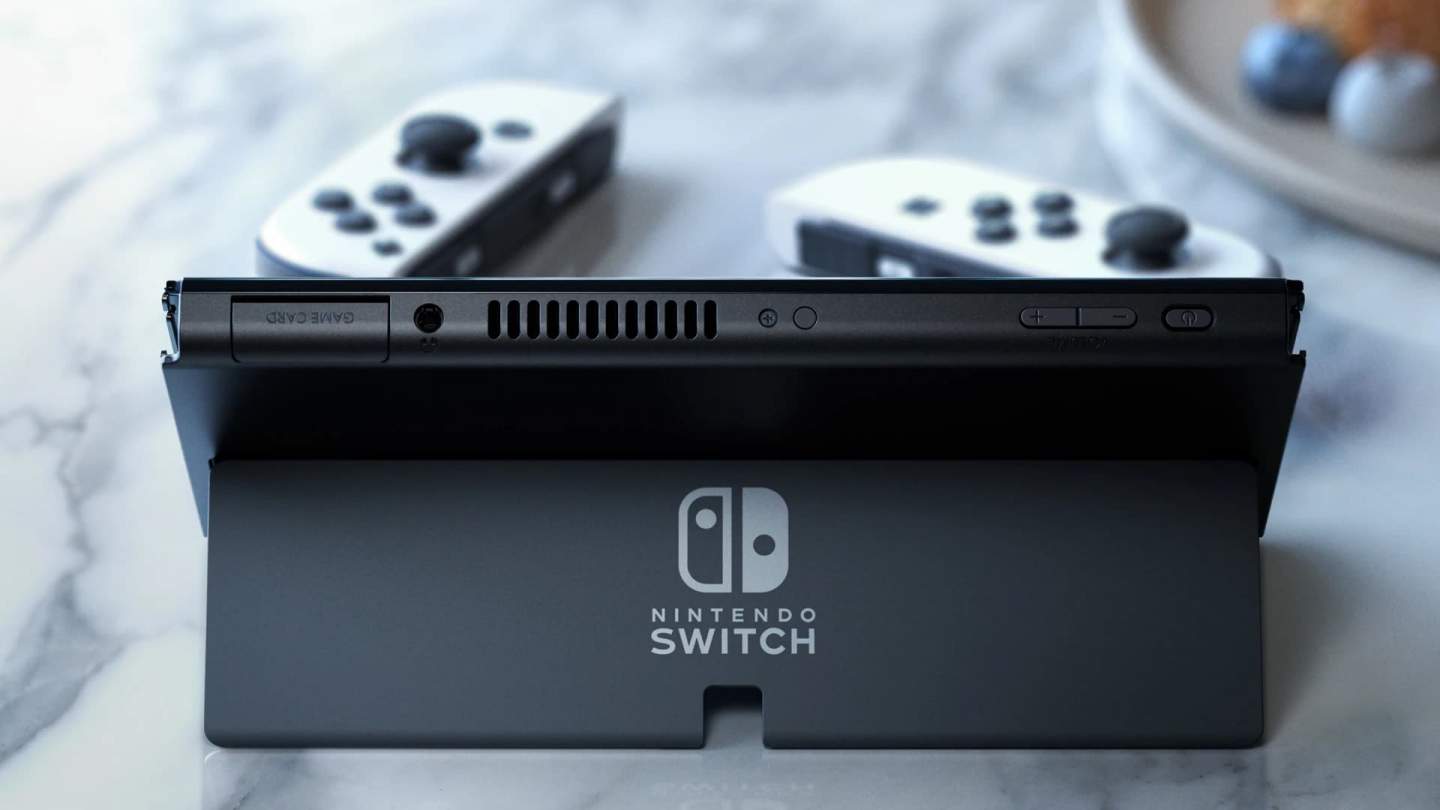 Nintendo Switch OLED comes with some worthy upgrades but it has certain disappointments that should not have been ignored. Omission of 4K is one feature that’ll be missed deeply since a huge collection of TVs are capable of the output resolution today.

Similarly, the handheld’s display resolution should have been beefed up, at least to 1080p. On the hind side, the inclusion of the Ethernet port is a welcome step and the kickstand is another design overhaul worth a mention.

Should you buy the new OLED version of the Switch or not? The answer is fairly simple – if you already own the older Switch model then there is no compelling case for you to upgrade to the new model. However, if you don’t have one, the Switch OLED will not disappoint.