Nintendo‘s fortunes go from bad to worse, with poor sales of the 3DS and Wii between October and December contributing to a 61-percent drop year-on-year of profits, and the Wii U not expected until the very tail-end of 2012. Nintendo announced 40.9 billion yen profit for the three month period, going on to predict full-year losses more than three times greater than previously expected. In fact, Nintendo reckons it may be facing a 65 billion yen ($838m) loss in all, considerably higher than its earlier 20bn yen estimates.

Nintendo has blamed the slow pickup of the 3DS in the first half of 2011 for much of its woes, the glasses-free 3D handheld proving over-priced in the face of more affordable smartphone gaming options. The company responded with a 40-percent price slash, which buoyed sales some, but sales still only amounted to 11.4m units in the months between April and December. 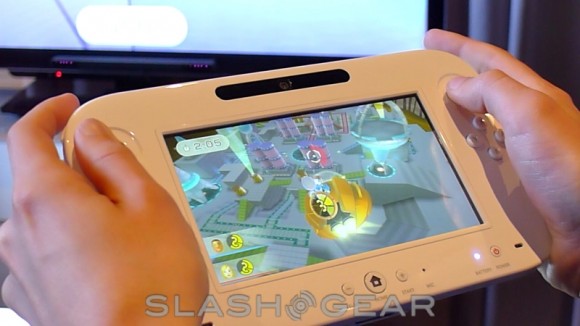 Meanwhile, the Wii continues to age and sales continue to shrink. Nintendo sold 8.96m of the consoles in the nine month period until the end of 2011, compared to 13.7m in the same period the previous year. Nintendo president Satoru Iwata confirmed that the Wii U, the successor to the Wii, is on track for a launch in key markets by the 2012 holiday sales period, Bloomberg reports, including the US, Japan and Europe.

The Wii U offers the same motion-based gaming possibilities as the Wii, but adds a touchscreen tablet controller that can be used to play independently from the TV. More details in our hands-on with the console.