Nintendo might finally be taking its fans’, and detractors’, wishes to heart. The embattled gaming giant, long accused of being slow moving and more risk averse than its industry rivals, might have finally gotten the courage to get out of its shell. It just announced its partnership with game maker DeNA to bring its IP to mobile devices, something radical for Nintendo. Now it is hinting at its next gen console, codenamed NX, coming next year, which might also be something unexpected from the company.

While rivals Sony and Microsoft have made inroads in the mobile device world, whether with companion apps or ports of games, Nintendo has been rather stubborn about taking a similar stance, perhaps to show confidence in its own tightly controlled hardware and software ecosystem. While there is certainly profits to be made there, as shown by the PS4 and the Xbox One, Nintendo’s lackluster performance perhaps finally convinced it that it can no longer ignore the appeal of mobile.

It’s that U-turn that is opening the doors of speculation of this “NX” console. If Nintendo is finally willing to swallow its pride with regards to mobile games, then maybe it can finally deliver what gamers have always wanted in a Nintendo console. Indeed, the “brand new concept” seems to imply that the company will be taking bold new steps, perhaps finally upgrading the next console’s hardware specs or adding maybe some VR or motion capture functionality. Or Nintendo could just be blabbering marketing speak that will disappoint gamers yet again. 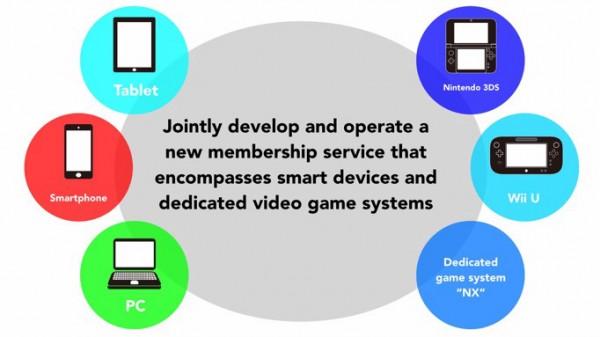 That said, even with its new found mobile direction, Nintendo isn’t going all out, at least as far as its existing games are concerned. Its mobile games with DeNA won’t simply be ports of those but will be completely new games that use Nintendo’s IP. While this could offer some fresh new feeling when it comes to mobile, mobile and PC gamers will still feel left out of the Nintendo ecosystem unless they already own Nintendo hardware. And indeed, it seems that the only thing that will tie all these platforms together is a new cross-platform Nintendo membership service.

It’s definitely good to see Nintendo finally waking up, but how fast it will be able to catch up remains to be seen. 2016 couldn’t come soon enough.