Nikola Motor has begun taking reservations for its Badger electric pickup, with the option of hydrogen fuel-cell drive helping distinguish the truck from upcoming rivals like the Tesla Cybertruck and Ford F-150 EV. The first consumer model from Nikola, the automaker is better known for its Class 8 electric haulage plans, though there are still a lot of moving parts to figure out before its Badger pickup is anywhere near potential owners’ garages.

The electric pickup space looks set to get interesting in the next couple of years, as entrants from automakers established and new give drivers a different energy source option. Most we’ve seen announced or teased will rely on a fairly standard battery-electric drivetrain, but Nikola’s Badger takes a different route. 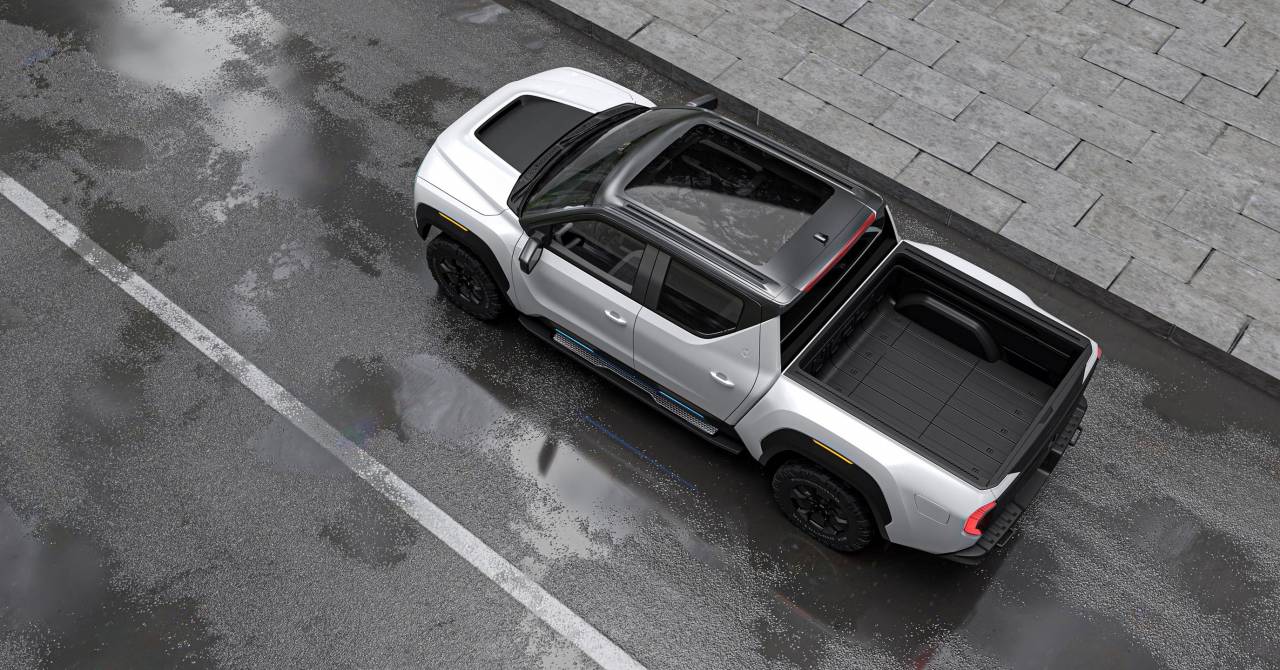 Instead, it combines BEV with hydrogen fuel-cell – or at least that’s the theory, since so far all we have are renders of the proposed vehicle. The maxed-out Badger FCEV will have up to 600 miles of range, Nikola suggests – half from the battery and half from the fuel-cell – and start at $80,000. That’s before any incentives or federal tax credits.

A Badger BEV, meanwhile, will not include the fuel-cell and instead run solely on battery power. That will be charged up in the typical BEV way, expected to be up to 250kW DC fast charging. Nikola says it will have up to 300 miles of range, and start from $60,000. Unusually, Nikola expects to be able to upgrade BEV-only versions of the pickup to FCEV later on. 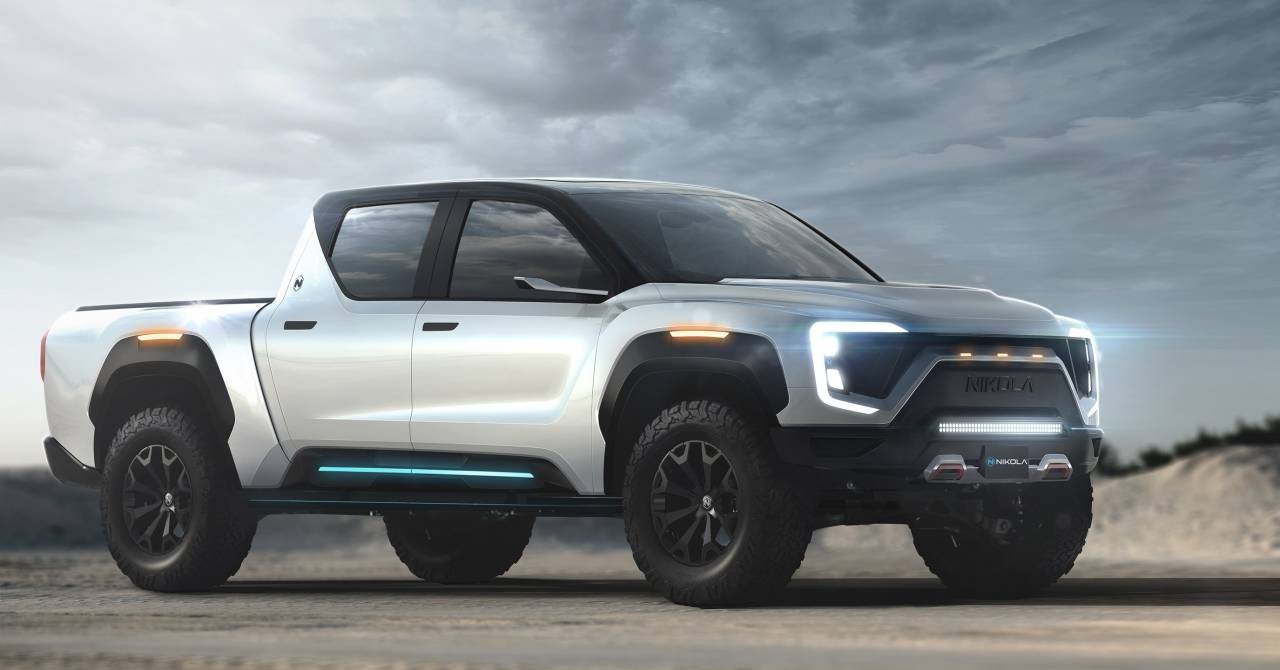 The strategy, Nikola chairman Trevor Milton claims, is to offer the FCEV version in locations where there’s some established hydrogen fuel infrastructure. That echoes the launch approach we’ve seen Toyota, Honda, and others take as they commercialized fuel-cell vehicles, though it means only a small handful of states will be able to support refueling a Badger FCEV’s hydrogen tank. That’ll include California and Arizona, though part of Nikola’s haulage strategy is to build out a network of hydrogen stations itself.

Somewhat unusually, Nikola isn’t offering different trim levels for the trucks. Indeed, the primary decision is whether to go BEV or full FCEV, though the automaker also has three packages which include things like access to its “Nikola World 2020” event later this year. All versions of the truck will have the same 455 continuous horsepower, and 8,000 pounds of towing capacity, Milton says. 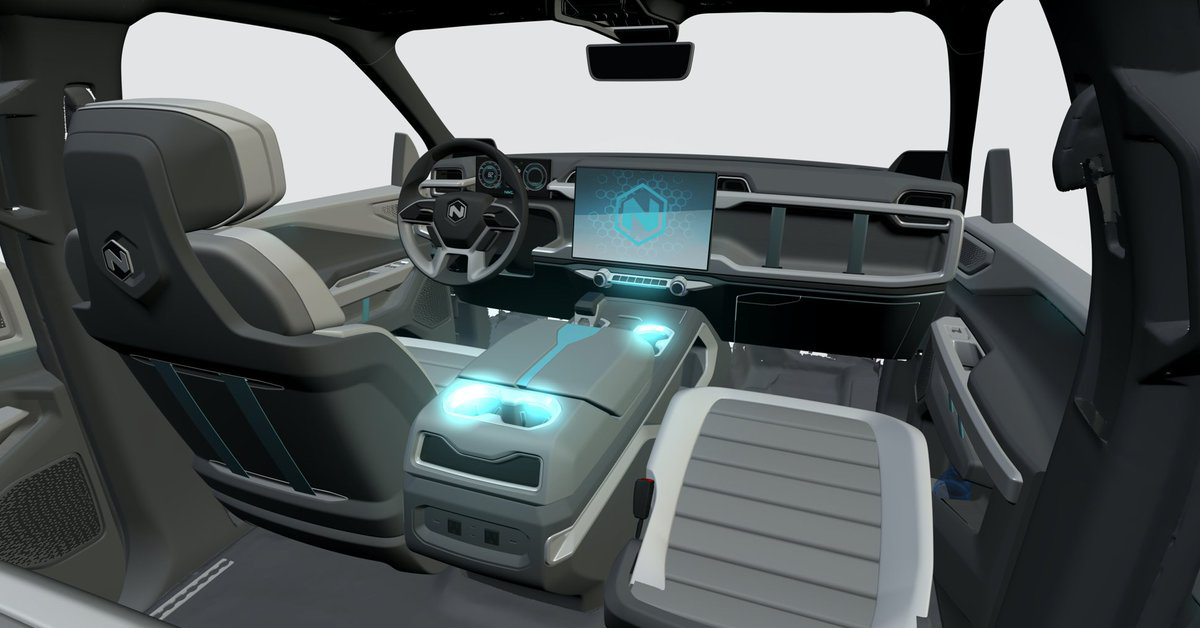 The $250 to $5,000 deposit required with reservations – and which depends, among other factors, on how early in line you want to be – is refundable up until the point where production begins, Nikola says. At that stage, reservation owners will get to choose things like final specs and colors. Milton says blue, white-gray, green, and black are the initially planned color options.

Still, it’s a risk on a new and untested automaker. Nikola hopes to begin assembly of its Class 8 haulage products in its work-in-progress facility in Arizona, with the initial phase of completion expected sometime in 2021. Actual production there, though, won’t begin until the second phase of plant construction is finished, in 2023: until then, Nikola has partnered with Iveco to produce its Tre truck in Ulm, Germany. 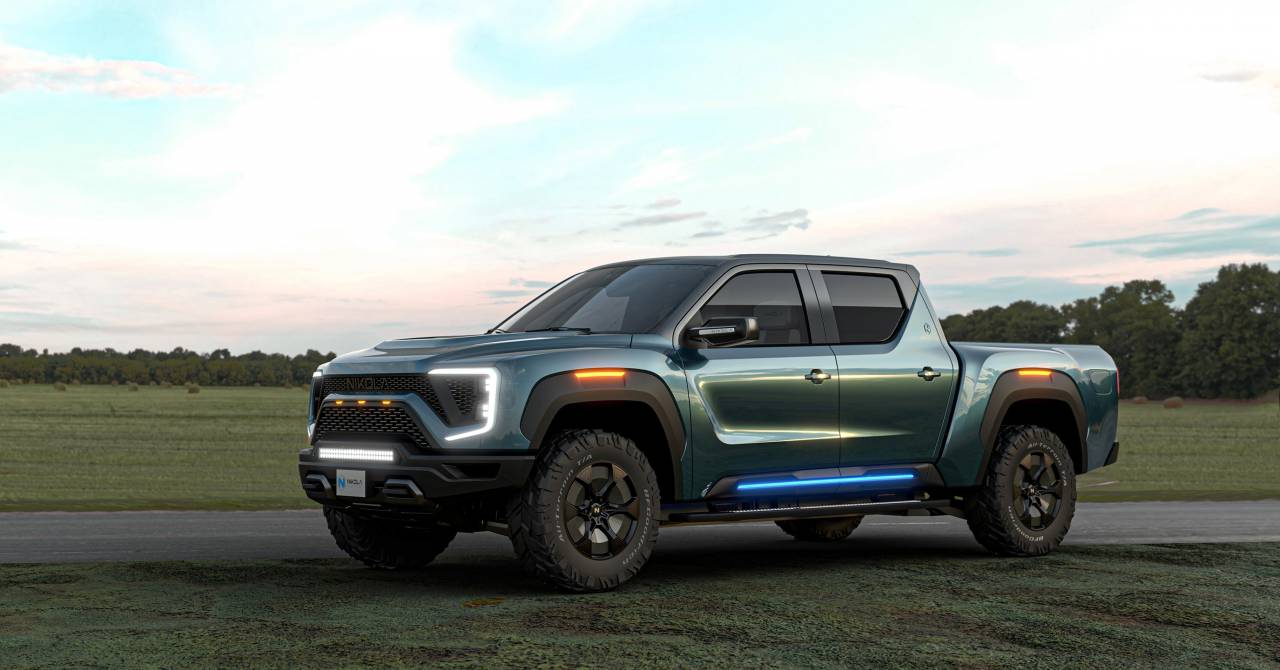 Similarly, Nikola doesn’t actually intend to manufacture the Badger pickup itself either. “At this time,” the automaker wrote in its SEC S-1 filing earlier this month, “we are focused on the production of its Class 8 heavy-duty vehicles and do not expect to develop production plans for the Badger unless we enter into a strategic partnership with an established OEM.”

Which OEM that might be, Nikola isn’t saying. According to Milton, that information should be announced before the end of the year, but it’s unclear whether that deal is in place yet or otherwise.