After a half-year on the market, the Nexus 9 remains one of the finest tablets available from any manufacturer. Like every Nexus device Google has ever offered, the HTC-made Nexus 9 was meant to be a blueprint – a benchmark for all other tablets. What we’ve done here is to take the Nexus 9 through the paces over a period of several months to give you an idea of what it’s like to own this device for a real-life period of time, wear and tear included. Here we decide whether or not the Nexus 9 really should be considered the tablet you compare all other tablets to here and through the future.

The Nexus 9 is a blueprint. I began to think of the whole Nexus line in this way several years ago, as Google continued to reveal devices that weren’t necessarily the best of the best, but a solid solution for the newest in new Android.

As I tracked back in time to the point where I was (most recently) inspired to think this way about the Nexus line, it was Chris Sewell‘s name that popped up.

As our own Chris Davies said back in October, “I’ve always seen the Nexus range more as Google’s way to telegraph which features it believes are most important for hardware for the next year, and try to prompt OEMs into following suit.”

This device represents Google and HTC recognizing the hole the Android world had in its tablet lineup: a 4:3 aspect ratio. The Nexus 9 is currently the finest 4:3 Android-based tablet on the market, as well it should be. Since the Nexus 9 was first released in 2014, there hasn’t been another Android tablet released that can beat it. 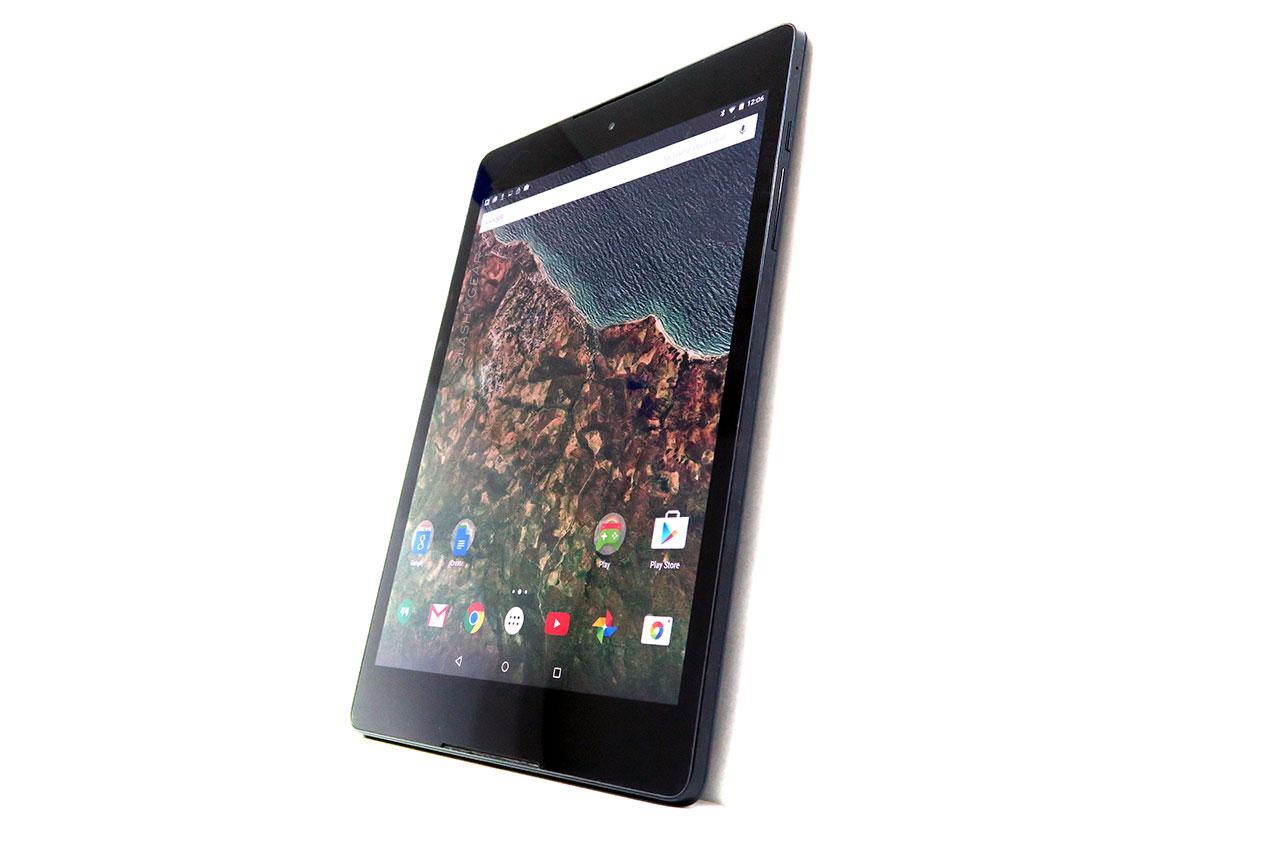 As Davies mentions, though, we’re going to go ahead and cross our fingers that this is just the beginning. This is the new baseline for expected hardware greatness in tablet manufacturing. 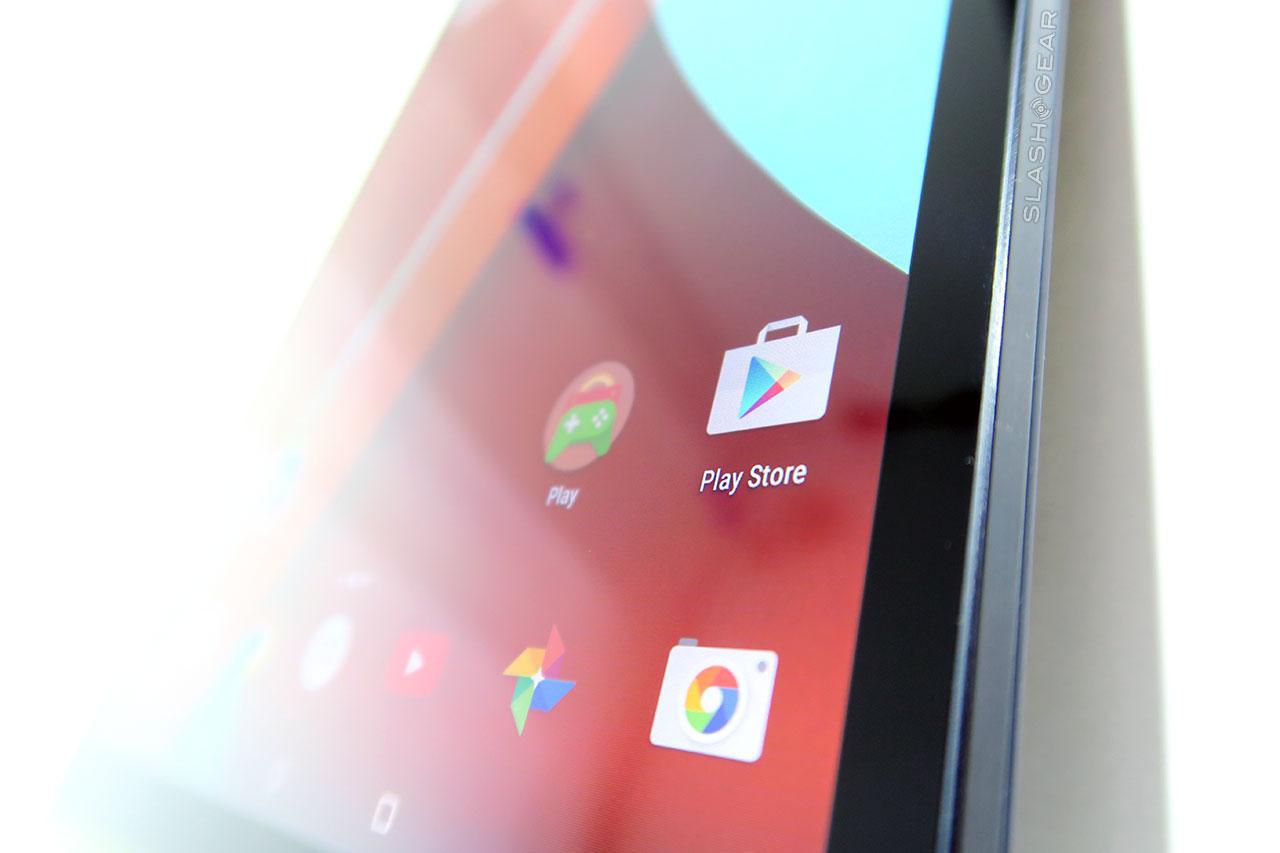 If hardware manufacturers can create a device with this level of excellence in hardware, injecting a unique software experience that creates something uniquely desirable, there’s a chance of taking some market share away from Apple’s iPad.

That’s a pretty big IF.

A tablet with this build quality, the hunger for futuristic features like NVIDIA has for their SHIELD lineup, and an advertising budget like Samsung has – those are the qualities needed to create a competitor for the iPad in today’s market. 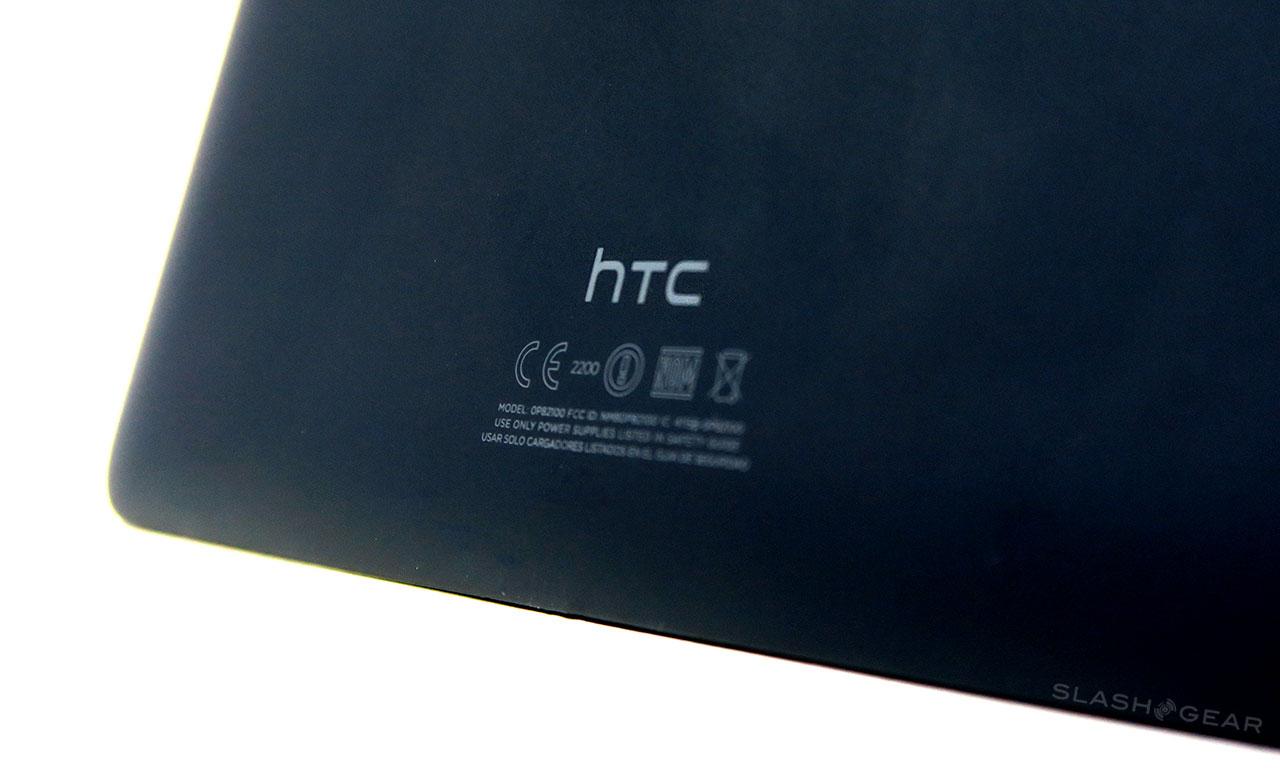 NOTE: There’s also an LTE version of this tablet which we’re not reviewing here. That tablet works with 2G/3G/4G LTE connectivity and weighs in at 436g. It is an otherwise (physically) identical tablet.

It is, however, the first tablet to be able to take advantage of 64-bit processor power as it’s released with Android 5.0 Lollipop. As Chris Davies mentioned back in November of 2014:

“Android 5.0 has 64-bit processor support, and introduces a new ART runtime that replaces Dalvik. For most users that won’t – and, to be entirely honest, needn’t – mean anything, but there’s a noticeable improvement in fluidity compared to Android 4.x.”

“Where older Android devices, even with the latest crop of processors, could sometimes stutter and grumble when scrolling or panning, I’ve been impressed by how smooth Lollipop is.”

Of course he was speaking about both the Nexus 6 (as this quote appeared in a Nexus 6 review) and the Nexus 9, and only the latter uses a 64-bit processor. Lollipop, it would seem, does a lot of work to make the most of the processing power of the most advanced mobile SoCs.

For the lay person, the Tegra K1 is meant to be able to out-perform previous-generation processors. That’s a given. Take the Tegra K1 and compare it to the processing power of the PlayStation 3 and the Xbox 360, as NVIDIA did back when they introduced the SoC to the public at CES, and you’ll see how this looks great on paper. 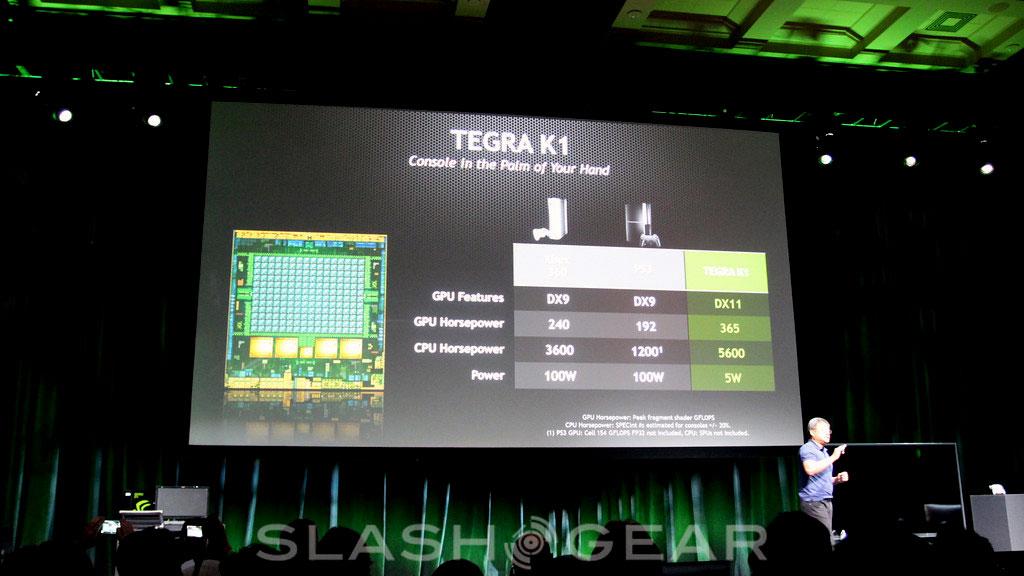 Notice how the Xbox 360 and the PlayStation 3 have previous-gen GPU features and horsepower and CPU horsepower, while the Tegra K1 requires 1/20th the power that either of those consoles require to run.

And just so long as you’ve got the games and/or the apps that will make use of this processing power, you’re going to be impressed.

What’s surprised me the most about the Nexus 9’s hardware is its durability. While I don’t expect the device would survive a nice slam against the edge of a concrete stair, it’s held up very, very nicely over the past several months.

The size is handy – it’s able to fit in the small pocket of a Razer backpack instead of needing to go in near the laptop slot. As such, it doesn’t end up getting many scratches.

In fact I’ve got only the barest and lightest of wear showing on the front of this device. On the back I can see some changes in the rubbery plastic (as you’ll see at the head of this article), but certainly nothing major.

While the lens array for the back-facing camera does sit up a little from the rest of the back of the device, it’s the rim of the lens that sticks up furthest, leaving the tiniest amount of space between itself and the surface of the lens glass. Because of this, this lens has nary a scratch.

What are you going to do with all the processing power this HTC-made tablet and its NVIDIA Tegra K1 System-on-Chip have to offer? 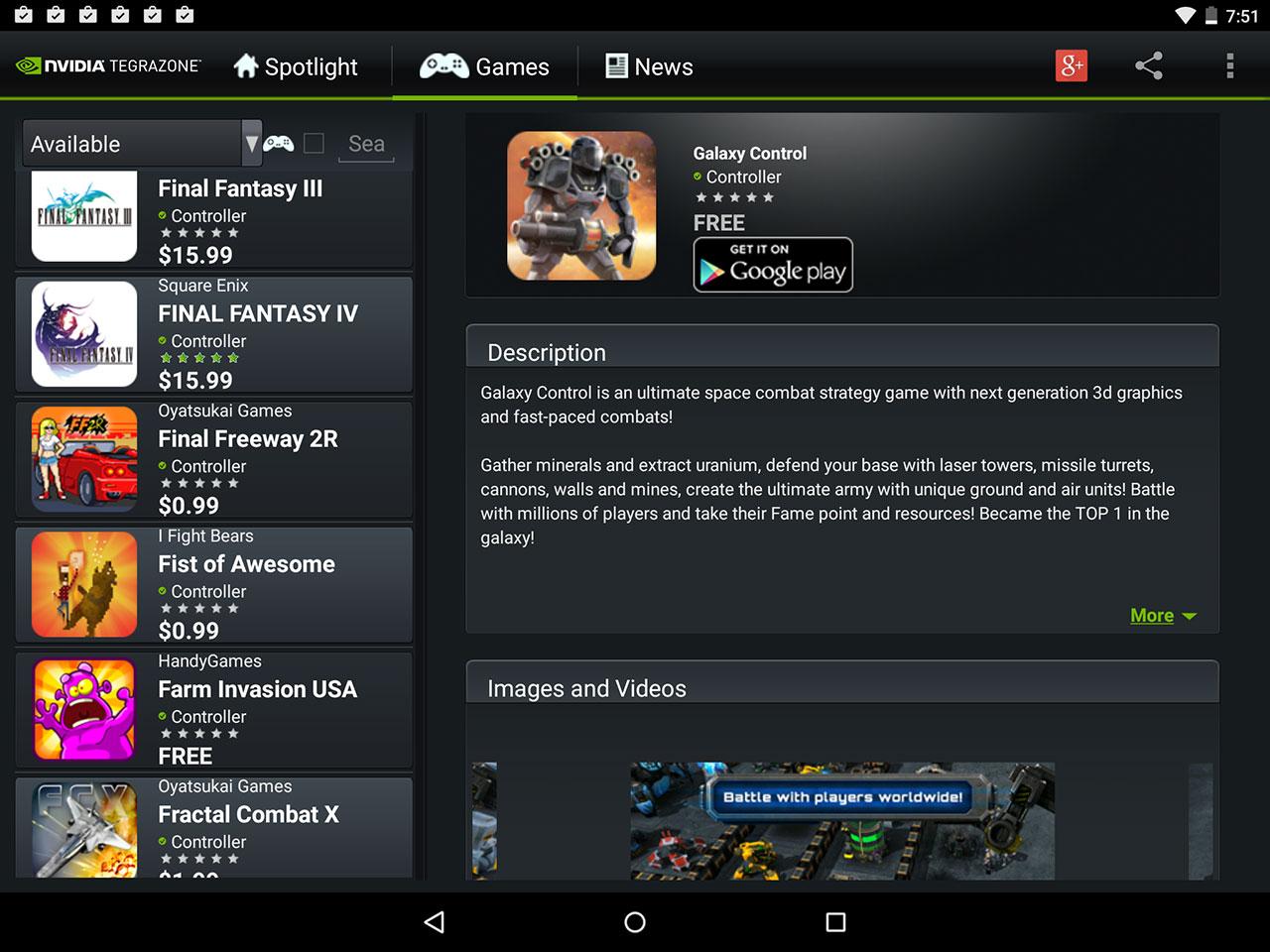 Have a peek at our NVIDIA TegraZone tag portal to see a collection of rad games we’ve reviewed over the past several years that’ll work on the Nexus 9, with 3 important exceptions.

Portal, Half-Life 2, and Half-Life 2 Episode 1 are made for NVIDIA SHIELD device only – they won’t work on this Nexus tablet. 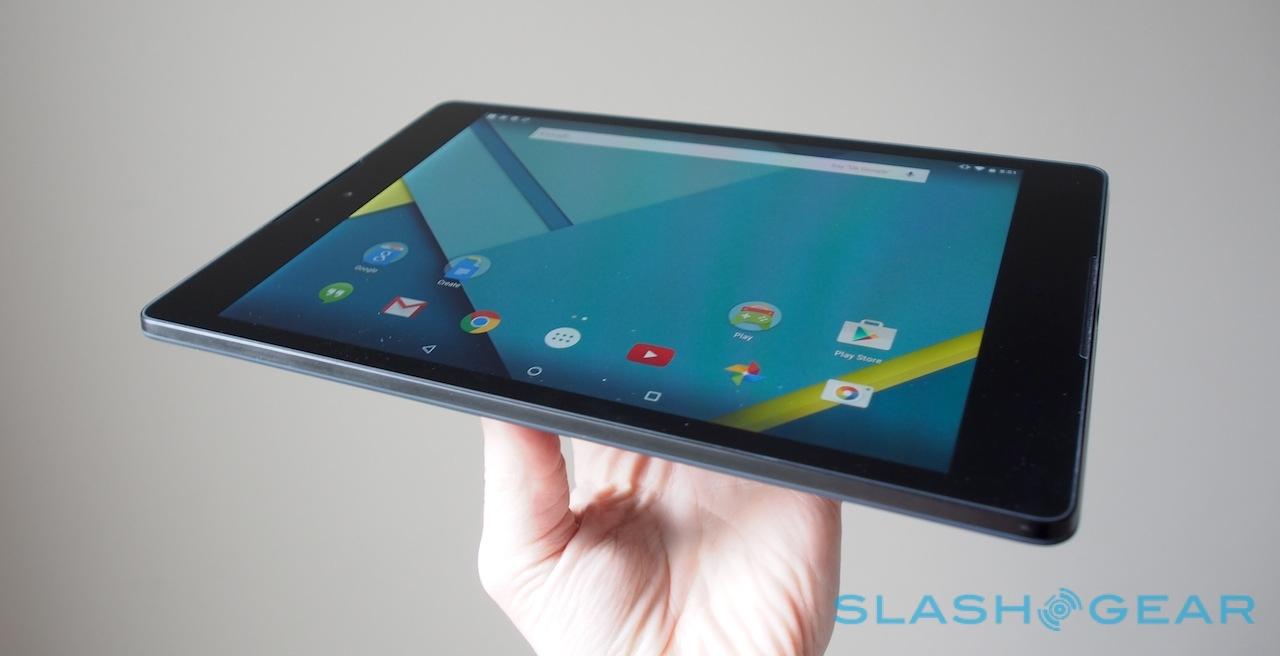 Back in November we ran our first Nexus 9 hands-on feature where you’ll get a great look at Android 5.0 Lollipop as it exists in its purest tablet-based form. 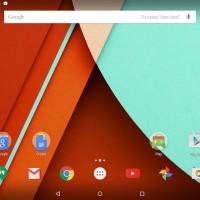 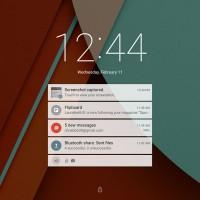 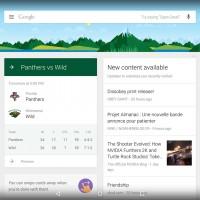 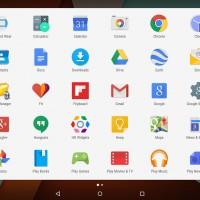 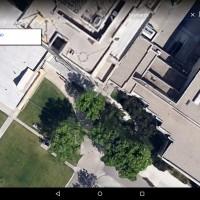 And if, for some reason, you decide you don’t want to use Google’s release of Android on this device, there’s always CyanogenMod. Nightly releases of CyanogenMod 12 have begun to be released as of February, 2015.

While some units have slowed down some with the release of Android 5.0.1, our unit seems to be kicking out speed at a hearty pace several months down the line. It should be clear, though, that the most common use we get out of the Nexus 9 is web browsing and games.

Android Lollipop hasn’t changed a major amount in the past several months, and the Nexus 9 has remained solid for speed for the most part.

One of the most important parts of a long-lasting tablet is its long-lasting battery. As you’ll see below, this machine hasn’t faltered in that category.

This tablet has served perfectly for dinner preparation for weeks on end. Watching movies while we cook as well as looking up recipes on the fly – it’s all good. The rubbery edge especially has been helpful in keeping this machine propped up against a wall on our countertop.

Tossing this tablet in a backpack for long trips between states – trips we take every few weeks – has resulted in some of the most satisfying long-form entertainment we’ve had on a tablet.

Please stop taking photos of things in public with your tablet. Just stop. Devices like the Nexus 9 should be taking photos only when you need to document something for yourself, in private. 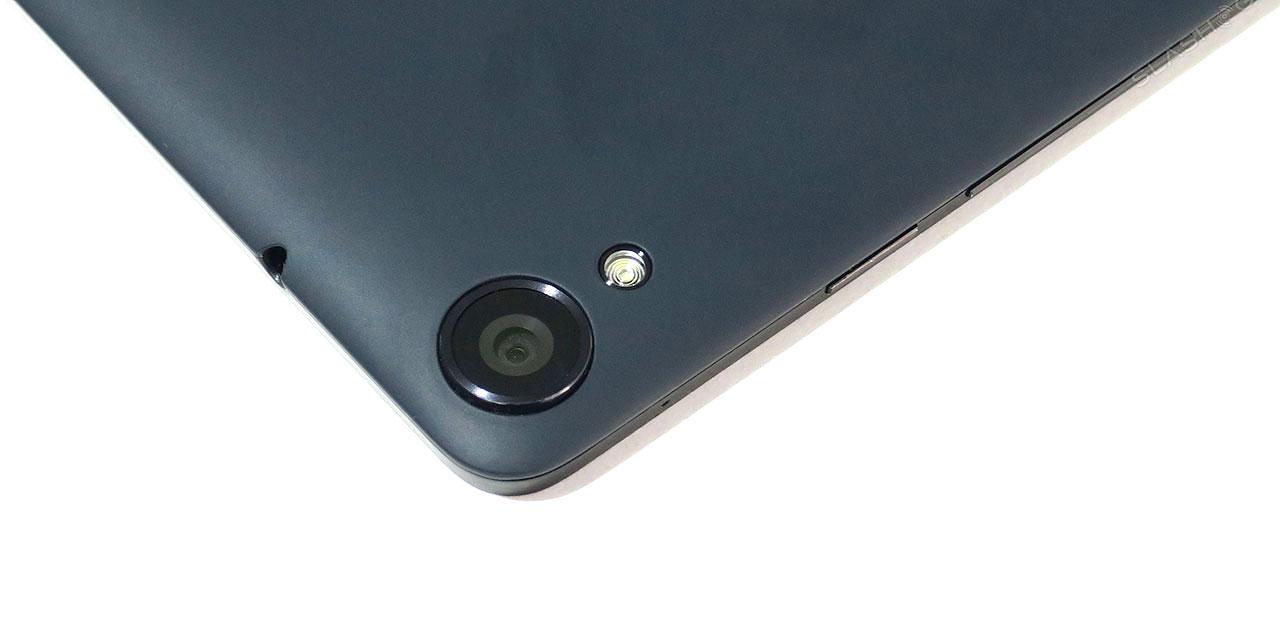 As such, the camera on the Nexus 9 is perfectly legit. It doesn’t hold up to the newest generation of iPad cameras, but it’s far better than the previous generation of basically every tablet in existence. 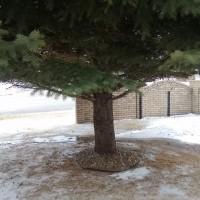 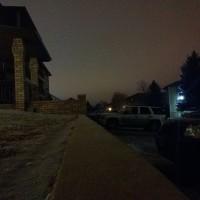 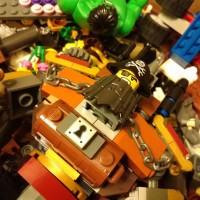 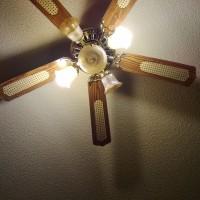 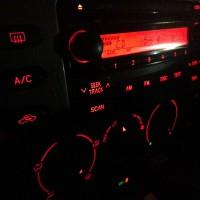 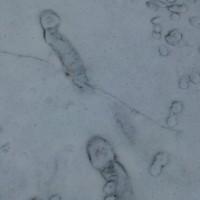 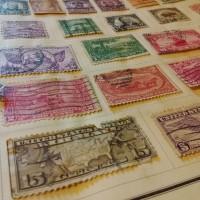 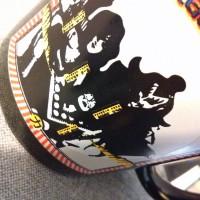 Have a peek at some examples of photography with this tablet above. If you want to take (even more) amazing photos with an Android device, get a Samsung Galaxy S6 – or whatever’s next.

Here you’ll also see a demonstration the basic 1080p 30fps video abilities of this tablet’s back-facing camera. It gets the job done.

The Nexus 9 works with a relatively massive battery at 6700mAh, especially for a device you won’t end up using all day long. If you DO end up using your tablet all day long, there’s still good news – you’re not going to be running out of battery any faster here than you would with any comparable device. 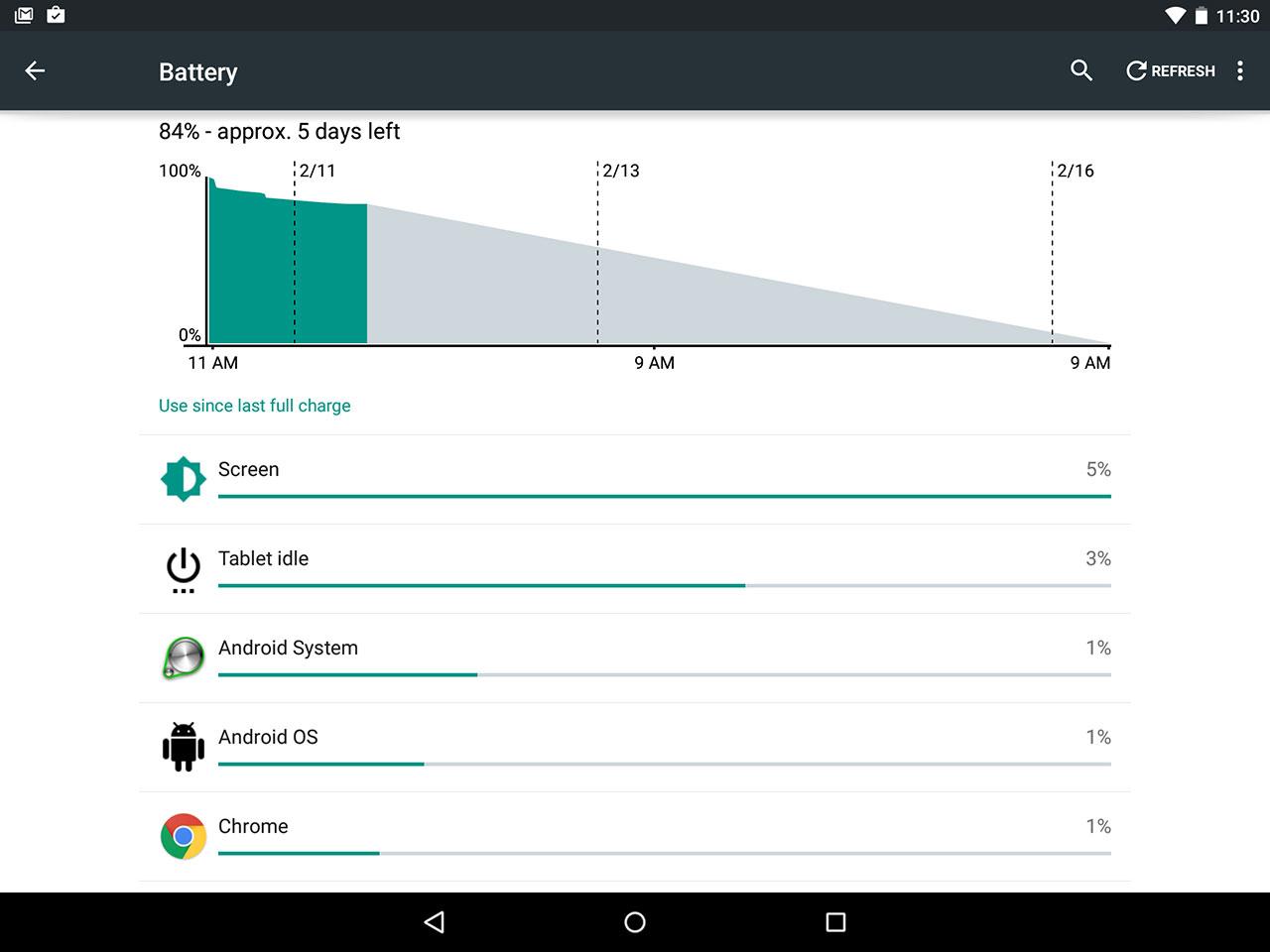 Even after several months of use, the battery hasn’t gotten any worse for wear. Not in any perceivable way, anyway. I can pick this tablet up at any time of the day and it’ll be up and running – that’s key for any device that’s aiming to keep a place amongst the ranks of everyday devices in our office and at home.

This device is great, but it might not be meant for you. If you’re a developer and want to keep up with Google’s Android builds, starting with Android 5.0.1 Lollipop, then this is the tablet you’re looking for. 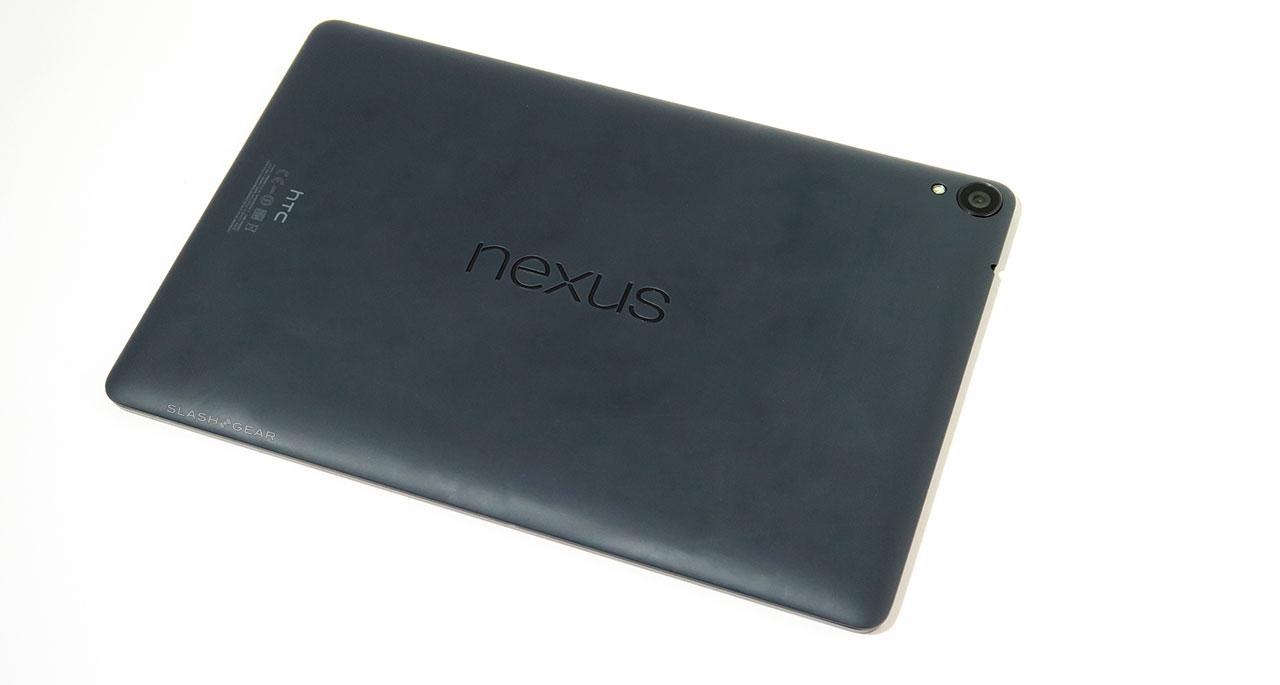 If you’re looking for an entertainment machine that’ll set the baseline for all Android tablets made by top-tier brands in 2015, this is your device.

If you want a slightly smaller tablet that rolls with right around the same processing power created by a company that’s keeping it up to date just as fast as – or sometimes faster than – Google, you might want to look here.

The Google Nexus 9 made by HTC comes in several different iterations. You can purchase it in Indigo Black, Lunar White, or Sand color. You can also purchase it in Wi-Fi-only (like the model we’ve reviewed here) or with 4G LTE connectivity through AT&T.

There’s also a couple of different internal storage sizes available, either 16GB or 32GB. The 16GB Wi-fi-only model we have here in black will cost you $399.00 USD from the Google Store at the time this review is published.