As a full reboot of the original 7-inch ASUS-made slate, Google has opted to keep the same name, same manufacturer, and same attitude toward the Android world, aiming to continue to scoop up the market here with a 2013 edition of the Nexus 7. This device looks and feels exceedingly similar to the original, working with the same physical size display, a bit thinner yet taller tablet body, and a back-facing camera. Inside it’s got a whole different set of processor bits and pieces, on the other hand.

With the Nexus 7 2, or the Nexus 7 2013, whatever you’d like to call it, you once again get a rather simple combination of obviously high-end parts, starting with this machine’s display. Instead of a 1280 x 800 pixel display, this next-generation machine has a big more staggering 1920 x 1200 pixels to its name – that’s 323 PPI and well over the rest of the tablet world, especially this device’s biggest competitors. 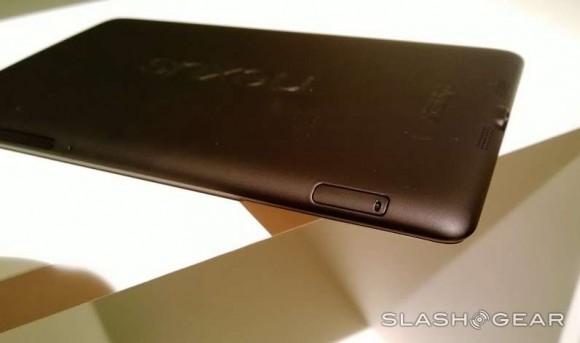 This machine works with an untextured soft plastic back featuring the NEXUS brand in its center, aimed horizontal rather than the previous generation’s vertical. Here you’ve got two speakers as well – both back-facing though they are, they remain exceedingly loud as the reverberate in the palms of the users’ hands. We’ll compare this to the HTC One’s BoomSound and NVIDIA SHIELD’s dual speaker system soon enough. 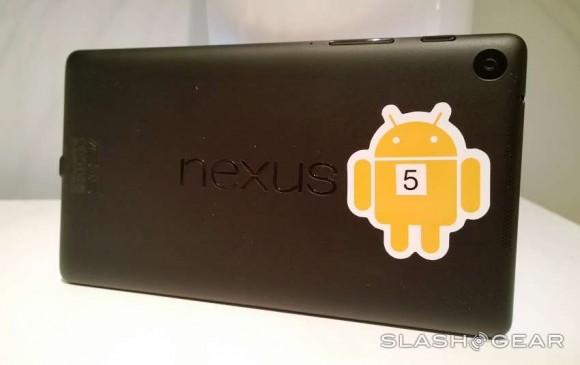 On this tablets’ back is a new 5 megapixel camera without flash, and around this device’s edges are a full-sized headphone jack, microUSB port (slimport, mind you), power button, and volume rocker. Up along the top – the same place the power button and volume sit – you’ll find two mic holes – double the fun for ambient noise correction.

Sit right as we roll forward with a full review and the top-to-bottom analyzation of this tablet as it hits our test bench soon!