Smartphones today, at least the high-end ones, are powerful enough to be our desktops. Some manufacturers like Samsung, Motorola, and Huawei have even taken that literally with their own systems for turning their smartphones into desktops. Strangely enough, these companies didn’t try building a hardware and software ecosystem around these features, which could have made it easier for users to actually embrace the hybrid lifestyle and workflow. Fortunately, that also leaves the market open for other players like Nex Computer, which is announcing two new ways to be productive with your phone.

To use features like Samsung Dex or Motorola Ready For, you need to hook up your smartphone to an external display or to a Windows PC. While almost everyone has those these days, it requires more work than necessary to actually make the connection, requiring users to disconnect a monitor from a computer or start up programs on Windows. These configurations aren’t portable either, which means you can’t completely rely on your smartphone for everything, especially outside.

In 2016, NexDock took to Indiegogo to present what is basically a “lapdock”, a laptop without the brains and just the necessary hardware to enable Dex or Ready For to be used anywhere at any time. The first iteration of this product was underwhelming, but the company quickly improved its design and quality over time. Now it’s coming out with two new products that add a few twists to the equation.

Foldable phones spark the imagination of a smartphone that can also be a tablet, but not everyone has the resources to burn for an expensive and fragile device. Some might be content with simply connecting their phone to a larger yet portable screen, but most portable monitors don’t really fit the bill. That’s what the 12-inch FullHD NexPad is offering, but it does more than just turn your phone into a tablet, albeit one that may have a desktop-like interface. 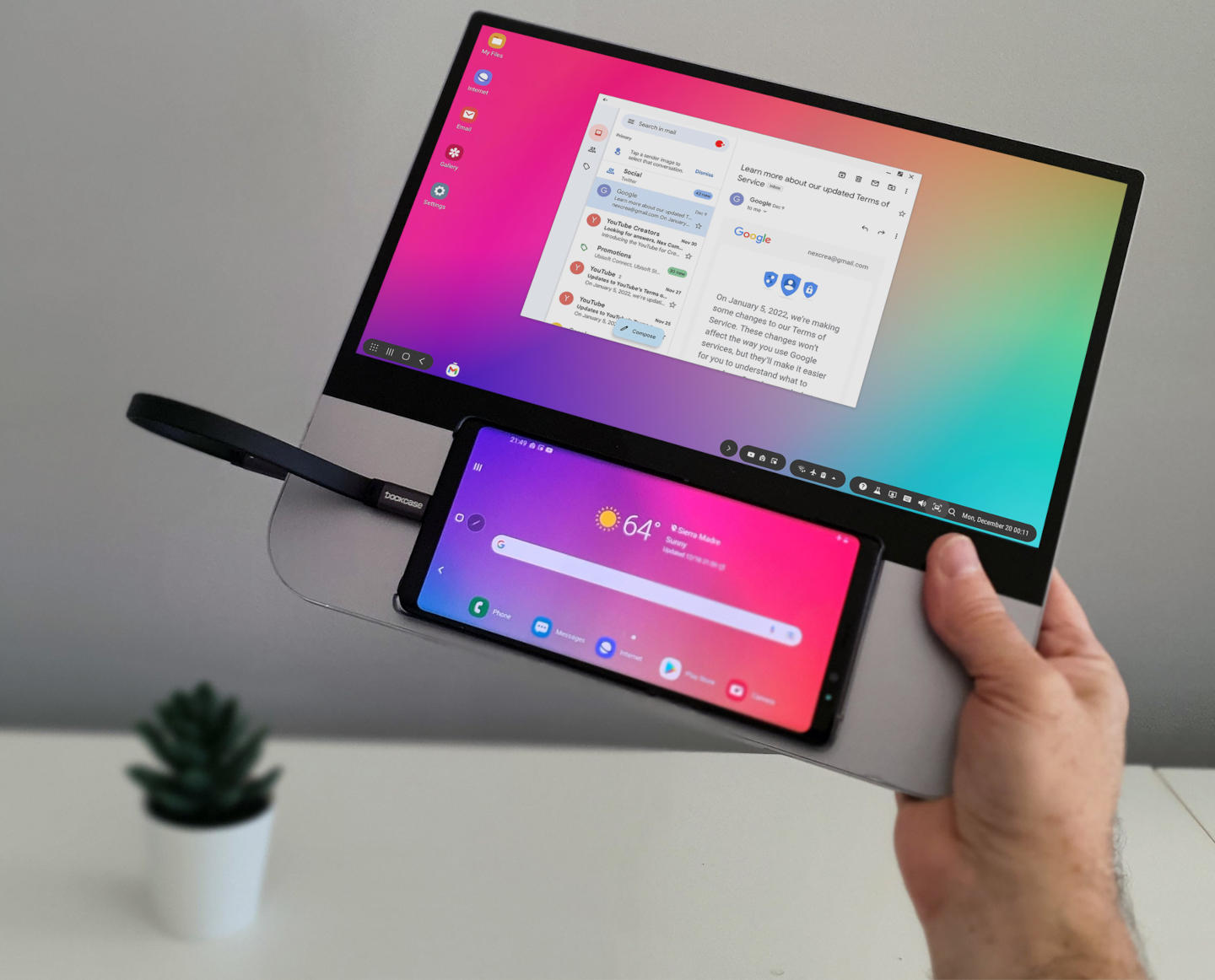 The NexPad’s special trick is the magnetic area below the display that acts as a wireless dock for your phone. You no longer have to think of a way to keep the phone in place, especially when you’re lifting the “tablet” around. There’s also an integrated kickstand if you want to plop it down on a desk, too. This same magnetic feature lets you stick the NexPad onto the back of some laptops to act as a second monitor. Nex explains that this position is more ergonomic compared to having the screen to the side. 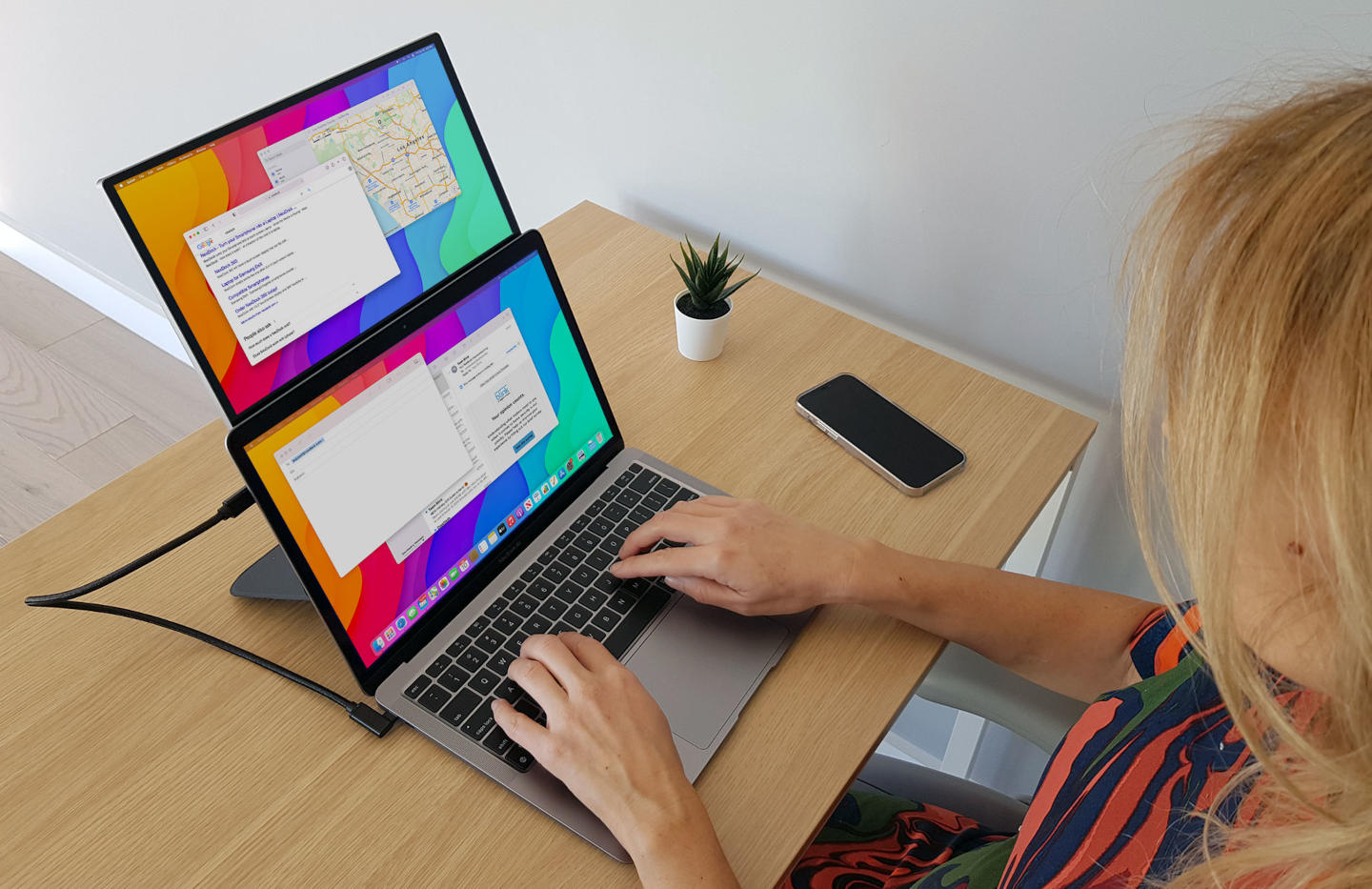 In a similar fashion, the NexMonitor also has a magnetic area to hold the phone, this time to the right side of the large 27-inch 2K or 4K screen. Unlike the NexPad or even the NexDock, however, the NexMonitor is specifically designed to sit on top of your desk. It also has a variety of ports available, including an Ethernet port, to really bring the desktop feel to the phone. 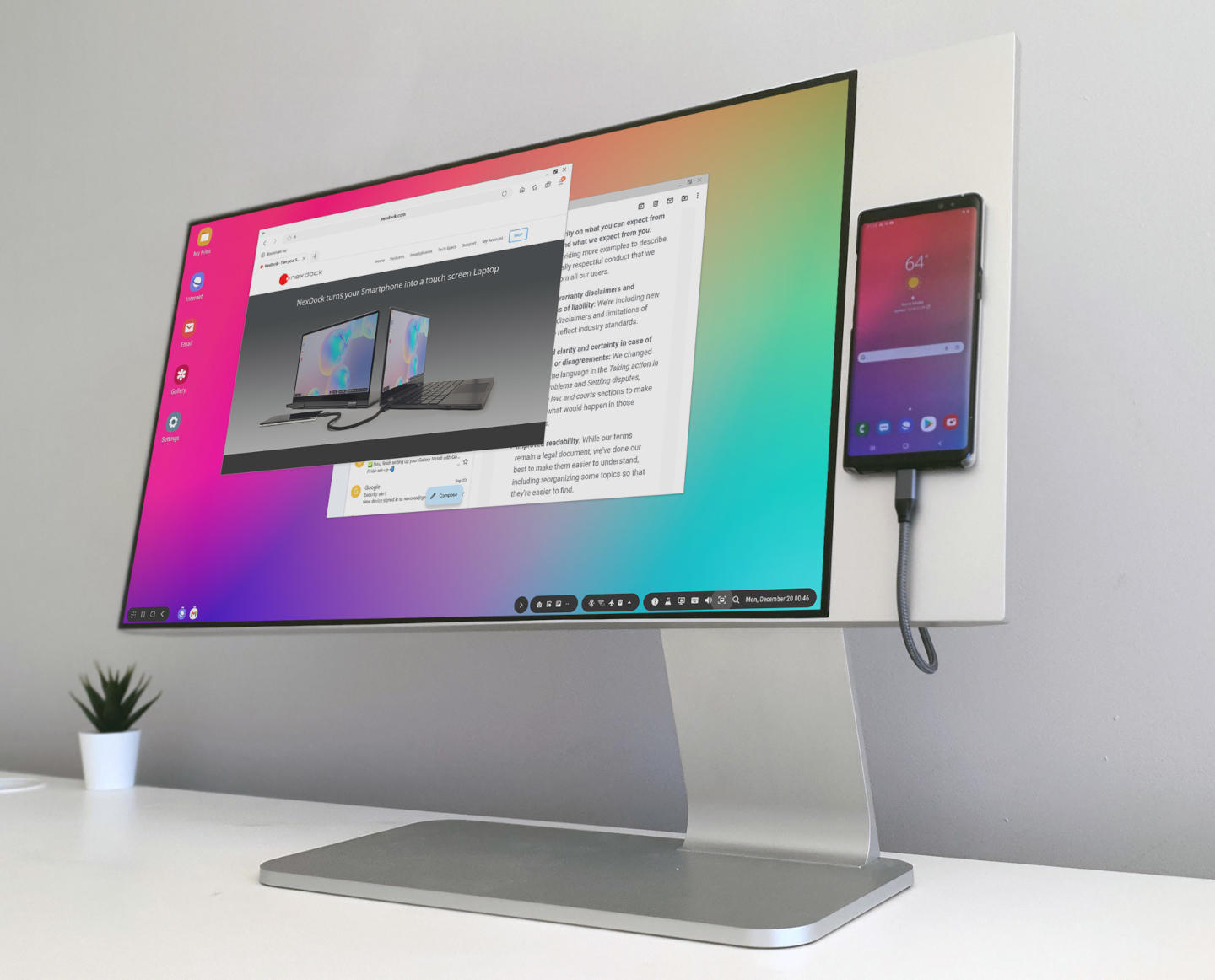 Unlike the NexPad, however, this monitor isn’t just for phones. Interestingly enough, the company designed the base of the NexMonitor to accommodate a Mac Mini. Of course, it could also be used as a monitor for any headless PC, and you can still keep your phone at eye level to avoid straining your neck. 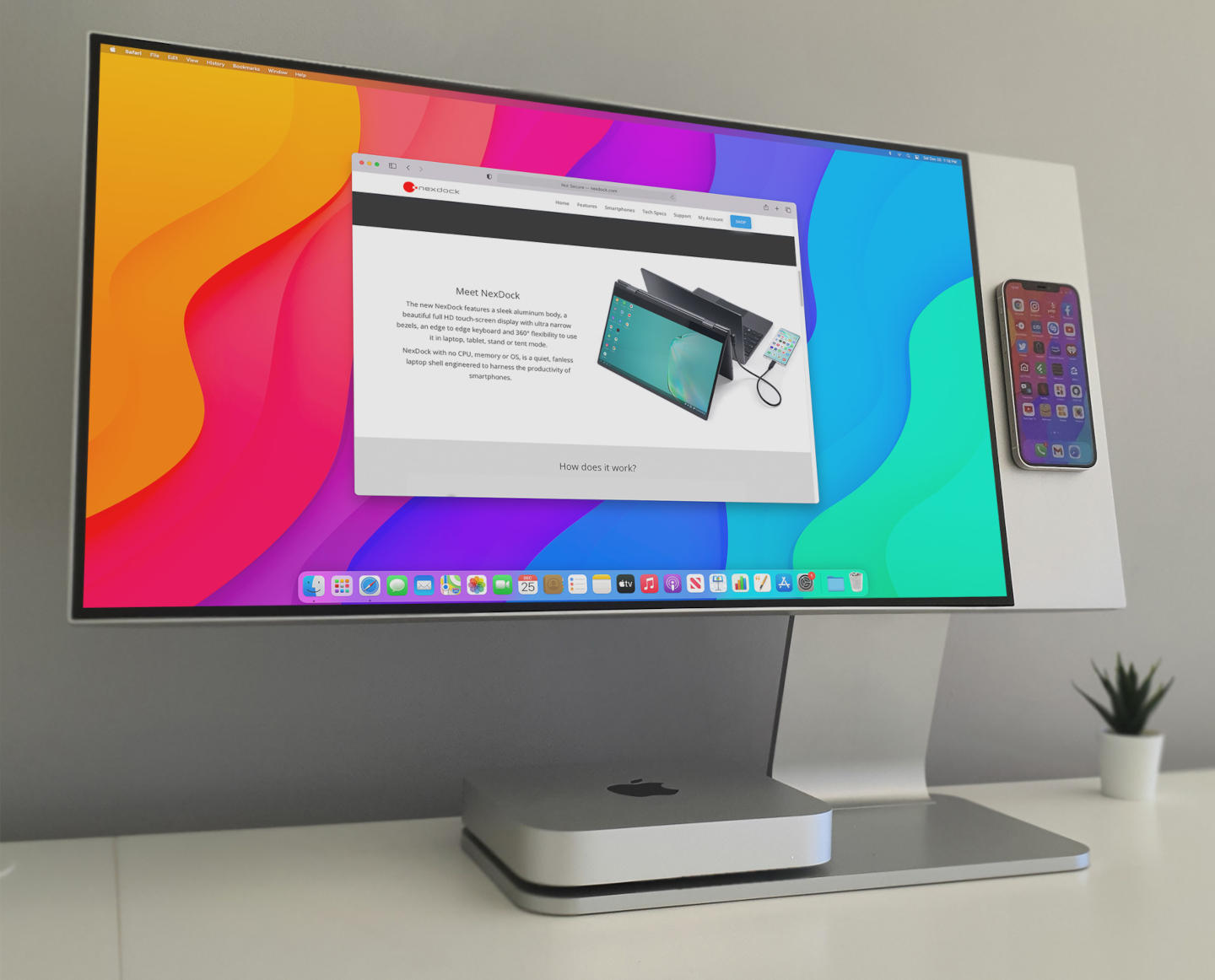 The NexPad will start shipping in July with a starting price of $249. Likewise, the NexMonitor goes on sale that same month but with a higher price tag of $449. Pre-orders are available today, but only a $100 refundable deposit is required at checkout.