As one of the most leaked phones in recent history, we pretty much know all there is to the upcoming LG G6. We’re even less than a week away from its official debut at this year’s Mobile World Congress on February 26th. But that hasn’t stopped a couple new images of the device in the wild from popping up, this time offering a new angle of the front display and rear side.

The G6 pictured is shown with a brushed metal finish in a gray/silver color, complete with the often-seen rear dual camera and fingerprint sensor. What hasn’t been seen so clearly before are the slightly rounded corners of the screen itself, along with the always-on display showing the time, date, and battery info. 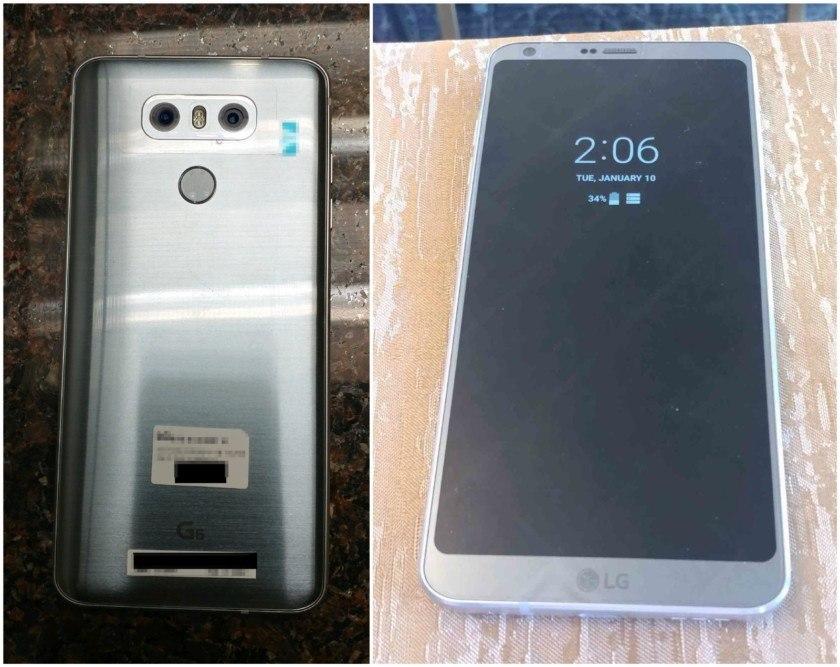 Speaking to 9to5Google, the source of the images also confirmed a number of the device’s specs, many of which we’ve heard about previously. This includes the Snapdragon 821 processor paired with 4GB of RAM, 32GB of expandable storage, a 5.7-inch QHD display featuring an aspect ratio of 18:9, a 3,200mAh battery, and the quad-DAC audio technology from LG’s V20.

While LG has made a 180-degree turn from the G5’s modular design of last year, the G6, with its large screen and barely-there bezels, is shaping up to be one of the early Android flagships of 2017. We’ll have all the details for you next week as LG makes its announcement.