The way things are, LG might not have any surprises left when it unveils the LG G6 in less than two weeks. It’s usual practice is to drop bits and pieces of information leading up to the big reveal, which really only confirms what has already been leaked anyway. In this latest round, LG is practically confirming the smartphone’s water proofing, a first for its flagship line, promising peace of mind no matter the accidental circumstances.

Consumers have begun to expect high levels of water resistance in premium smartphones, to the point that Google received some backlash over the Pixel’s lack of it. It’s a prime opportunity for LG, who has also been holding back on that feature for its flagship models. 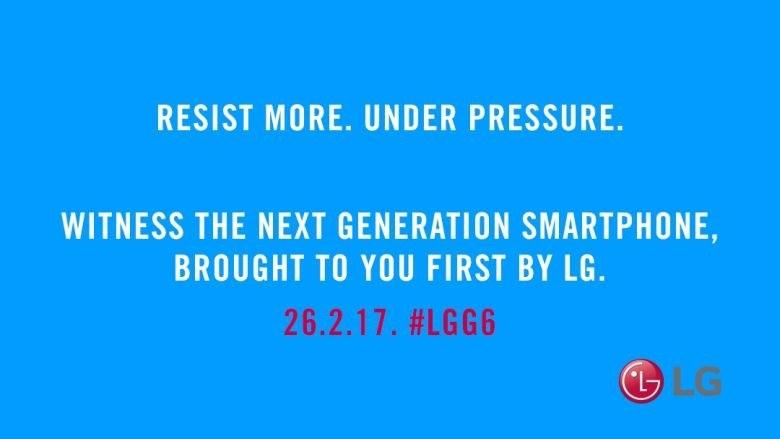 “Resist More. Under Pressure.” It’s a not so subtle reference to dust and water resistance. The second part could be a reference to pressure under water but it could also be the pressure of one’s posterior. Bend-resistance is still pretty much a thing, especially with each and every high-end model getting a JerryRigEverything torture test these days. 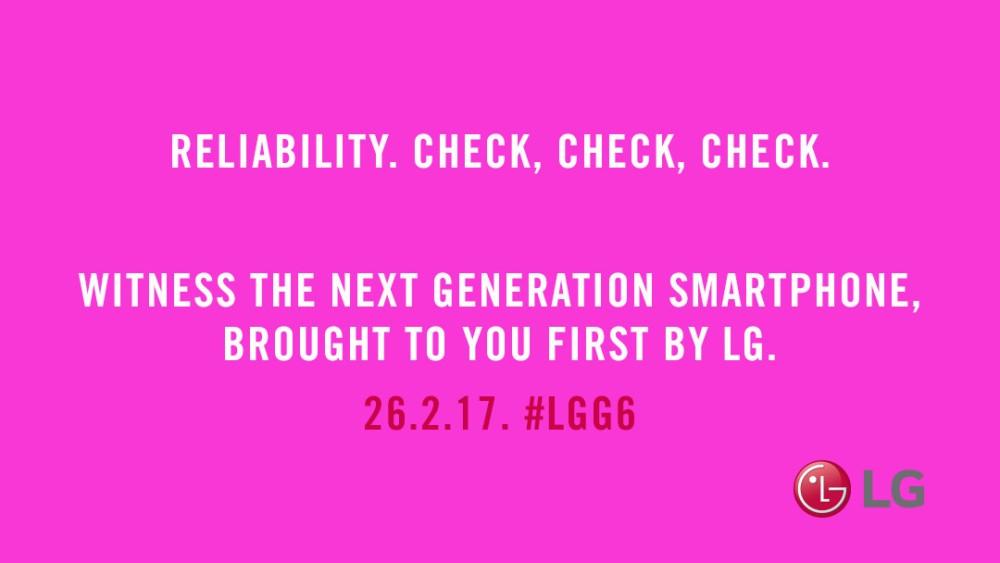 LG also dropped an earlier teaser regarding “Reliability”. Admittedly it’s a more vague term that could mean anything. In light if the events of late 2016, however, reliability against battery defects that could potentially lead to fires. It could also be referring to the battery itself, which would be large enough to keep the LG G6 reliable all throughout the day. Though that part might be a bit debatable as LG supposedly traded the removable battery for water resistance.

So far, LG has officially confirmed a “Big Screen That Fits”, referring to the “QHD+” screen that will almost be bezel-free, as well as the Quad DAC audio that it introduced in the LG V20 last year. There’s also the improved thermal management, that could also be a step towards reliability. LG also more or less admitted that it chose to go with the Qualcomm Snapdragon 821 rather than wait for the Snapdragon 835 in order to avoid a very late May launch.