A total of four new species of tropical walking sharks were reported this week off northern Australia. These sharks aren’t new – they’ve been in the murky depths for a while now – but they’ve not been uniquely identified to the public until now. Through this research, it’s become apparent that new species of shark are appearing thanks to their ancestors moving away from their original home, then finding future generations evolving to fit their new, unique environment.

Sharks can walk, should I be afraid?

Our first reaction to hearing about these walking sharks was shock, then fright. University of Queensland researchers want to make sure it’s clear that there is no NEW danger to humans – only tiny baby sea creatures need worry.

University of Queensland’s Dr Christine Dudgeon spoke about her team’s research, speaking first to the obvious reaction most people will have at learning that some sharks are able to walk. “The only thing they like to eat are things like crustaceans and snails and fish,” said Dr Dudgeon, “We are definitely not on the menu, so nothing to worry about there.” 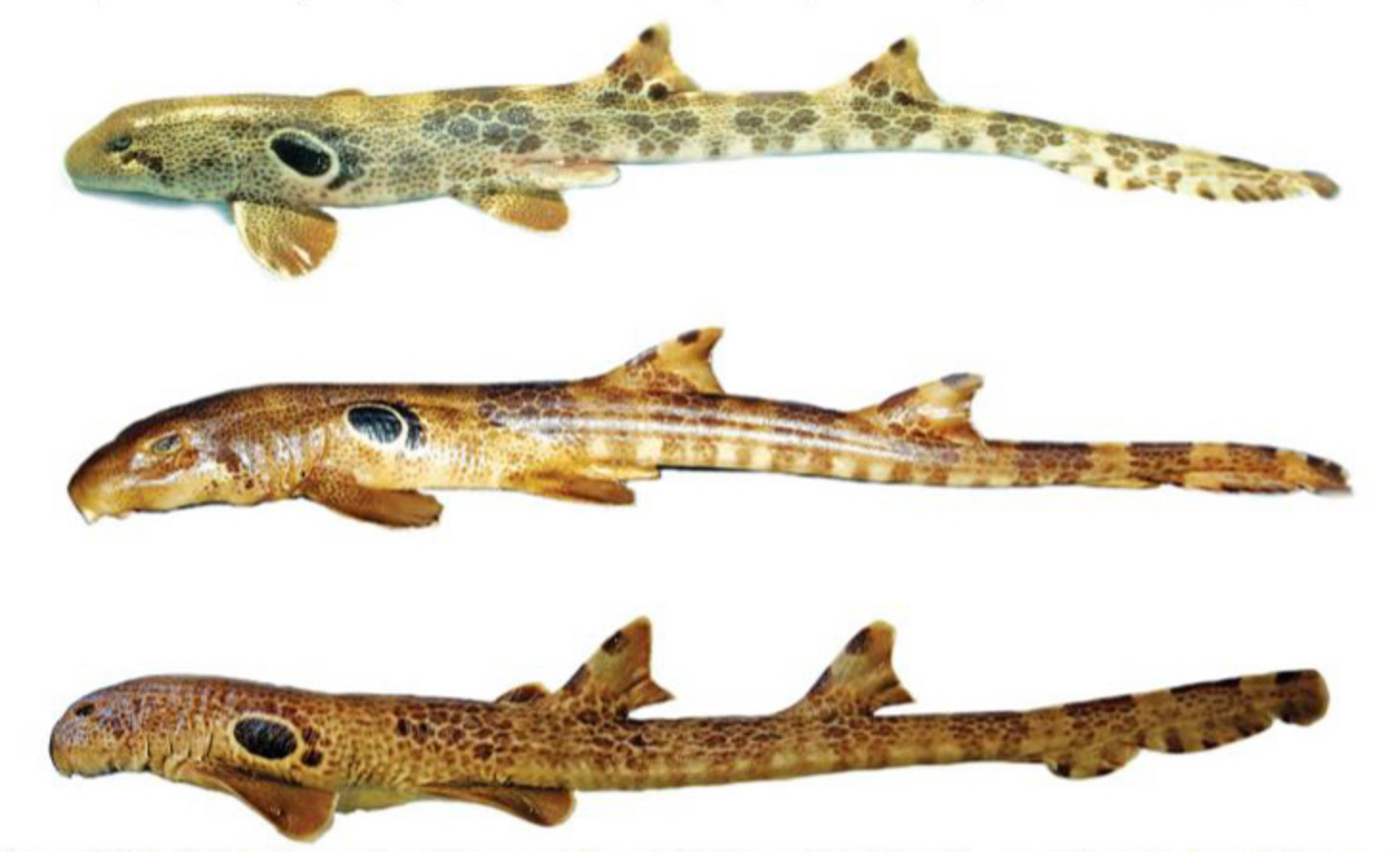 ABOVE: Imagery from an earlier study than the one of which we speak today from Dungeon. This graphic shows photos of three walking sharks from the Hemiscyllium species featured here today. This image is VIA Fig. 46, in Allen et al. (2016) Journal of the Ocean Science Foundation 23: 51–97.

Is there a Walking Shark situation brewing?

Dr Dudgeon spoke in an interview this week on ABC Radio Brisbane about what’s actually been discovered – and whether these sharks are real (they are), fossils (they’re not), or still living in our oceans today (yes, they are!)

So these are live sharks – some people may have seen the featured on the BBC Read series, they’ve been upgraded a couple of years ago – so in our particular study, we haven’t discovered that they walk. That was done already, but what we’ve been doing over the last 12 years is describing new species of these sharks.”

“There are now nine species, recognized species, that are found in northern Australia and around New Guinea and our study investigated the relationship amongst them and the speciation process for that.”

How do they walk?

As described by Dr Dudgeon, these sharks have fins – very strong pectoral fins – that allow them to guide themselves along the ocean floor. They’re also able to use these fins to move themselves through water through which other creatures might normally not be capable of swimming.

Because these sharks can move through “very shallow water”, they’ve become top predator on reefs during low tides. They’re not coming to get you, but they might just chomp down on your tiny pet fish if you leave them out in the sea on the northern side of Australia.

“Data suggests the new species evolved after the sharks moved away from their original population, became genetically isolated in new areas and developed into new species,” said Dr Dudgeon. “They may have moved by swimming or walking on their fins, but it’s also possible they ‘hitched’ a ride on reefs moving westward across the top of New Guinea, about two million years ago.” 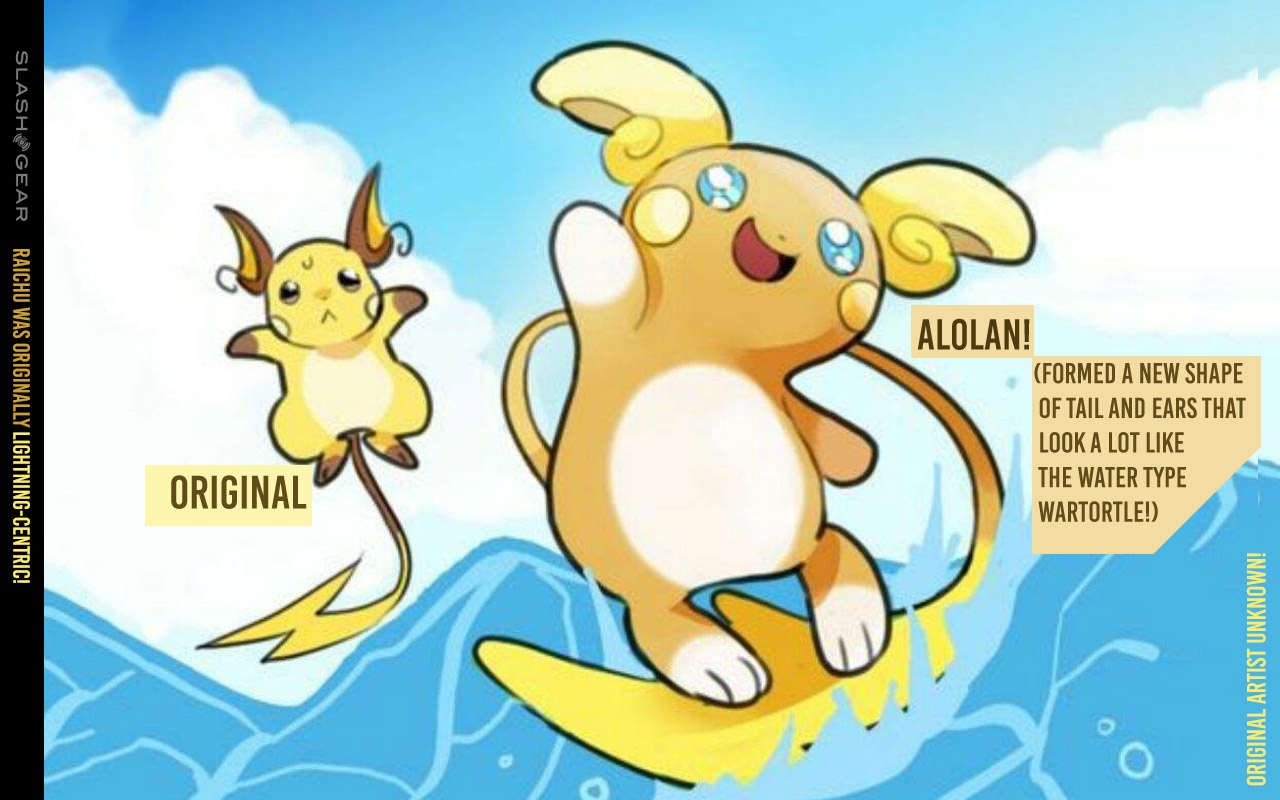 As one of the world’s most popular brands and fictional franchise in modernity, Pokemon acts as a decent reference point for students learning about science and culture in our real world. For these sharks, we can point to the Alola Region in Pokemon – a once-isolated land mass where some Pokemon became genetically isolated – just like these walking sharks!

Per The Pokemon Company: “Due to the unique environmental pressures, a number of Pokémon species that appear in Alola have regional forms known as Alolan Forms that have different properties to elsewhere in the Pokémon world.”

These sharks are from the outgroup Chiloscyllium punctatum, all part of the Hemiscyllium species. Included in the mix as of the reporting of the newest four are the following sharks: Hemiscyllium ocellatum, H. hallstromi, H. trispeculare*, H. michaeli, H. freycineti, H. galei, H. henryi, H. halmahera, and H. strahani. Per the research abstract, “The nine currently recognized species in the genus consist of small, benthic sharks that are restricted to the Indo-Australian Archipelago and show limited dispersal at both juvenile and adult stages.” *Shown at the head of this article, via ORA.

More information can be found on this subject by checking out the research paper titled Walking, swimming or hitching a ride? Phylogenetics and biogeography of the walking shark genus Hemiscyllium. This research was authored by Christine L. Dudgeon, Shannon Corrigan, Lei Yang, Gerry R. Allen, Mark V. Erdmann, Fahmi, Hagi Y. Sugeha, William T. White, and Gavin J. P. Naylor. You can find this paper with code DOI:10.1071/MF19163 in Marine and Freshwater Research from CSIRO PUBLISHING, published online on January 21, 2020.