Today we’re taking a quick journey down the list of Star Wars projects announced by Disney this week. Disney revealed that there’d be a number of new television shows that’ll be shown on Disney+ and at least one more feature-length movie in the near future, too. This comes after the initial announcement that there’ll be 15 Star Wars projects on Disney+ in the next few years – so buckle up!

This one should be interesting. It’ll be a mix of elements, and will feature R2-D2 and C-3PO and a “new hero.” Where other series and movies will be strictly live-action or animated, this presentation will work at “the intersection of animation and visual effects” as it “offers new opportunities to explore.” 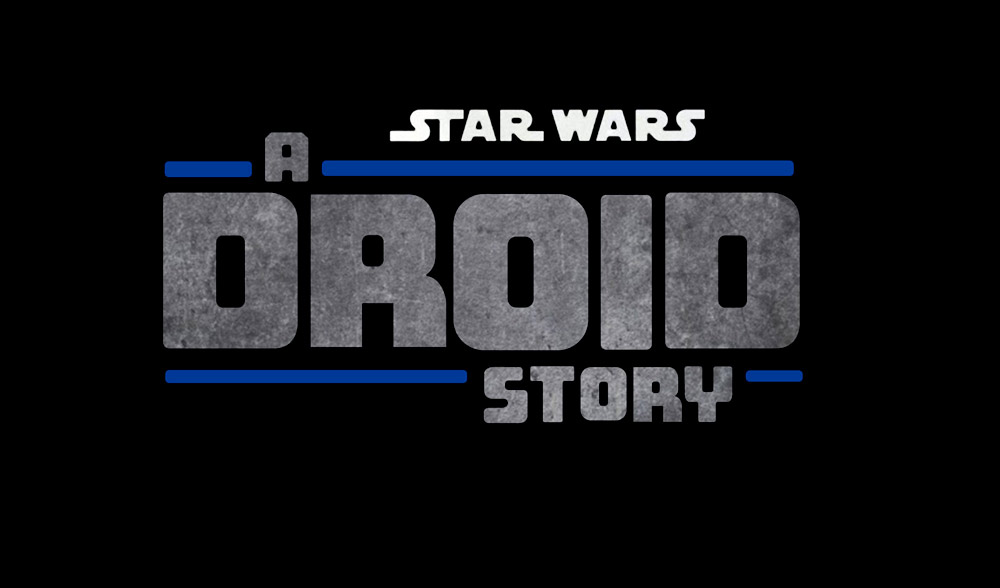 “Lucasfilm Animation will be teaming up with Lucasfilm’s visual effects team, Industrial Light & Magic, to develop a special Star Wars adventure for Disney+, A Droid Story.” Cross your fingers this means we’ll get more virtual reality action at the same time!

Star Wars: Visions will be a series of animated short films. They’ll be “celebrating Star Wars through the lens of the world’s best anime creators.” This is not to be confused with the Marvel Comics presentation WandaVision, which is also still on-track for release in 2021.

This is an animated series that’ll take place after The Clone Wars. We were introduced to this pack of misfits in the until-now final episodes of Star Wars: The Clone Wars.

Above you’ll see a The Bad Batch sizzle reel. This new series will follow the Bad Batch “as they find their way in a rapidly changing galaxy in the immediate aftermath of the Clone War.” In this series, this crew of troops will “take on daring mercenary missions as they struggle to stay afloat and find new purpose.”

There’ll be a series called The Acolyte released to Disney+. This series will be brought to you by Leslye Headland and appears to be a “that will take the audience into a galaxy of shadowy secrets and emerging dark side powers in the final days of the High Republic era.” 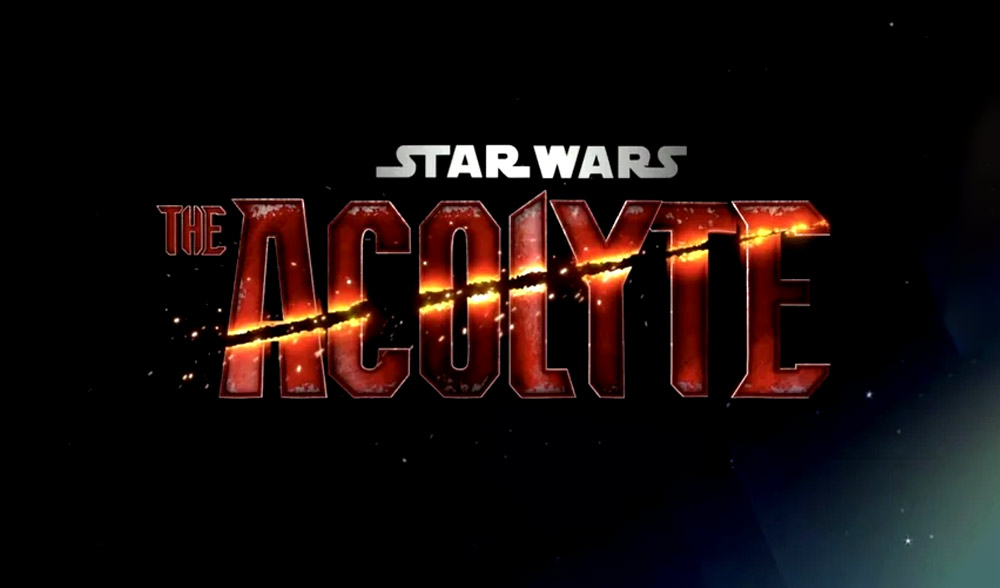 We’ve got a whole Sizzle Reel about Andor. This reel shows some footage from Rogue One, but also expands on what’s possible for the at-least 12-episode series for Andor.

Disney announced a “brand-new event series” that’ll be released on Disney+ called Lando. This series will focus on Lando Calrissian, but no graphics and no confirmation has been released just yet about the series. All we know is that Justin Simien is “developing the story.”

Rangers of the New Republic*

We saw these “rangers” appear more than once in The Mandalorian, rolling on fools with precision action X-Wings. This new series is “set within the timeline of The Mandalorian” and will “intersect with future stories and culminate into a climactic story event.

CALLED IT! There was very, very little chance Disney was going to introduce Rosario Dawson as Ahsoka, then let her disappear into the ether again forever. The new Ahsoka “limited series” will be written by Dave Filoni and executive produced by Dave Filoni and Jon Favreau. 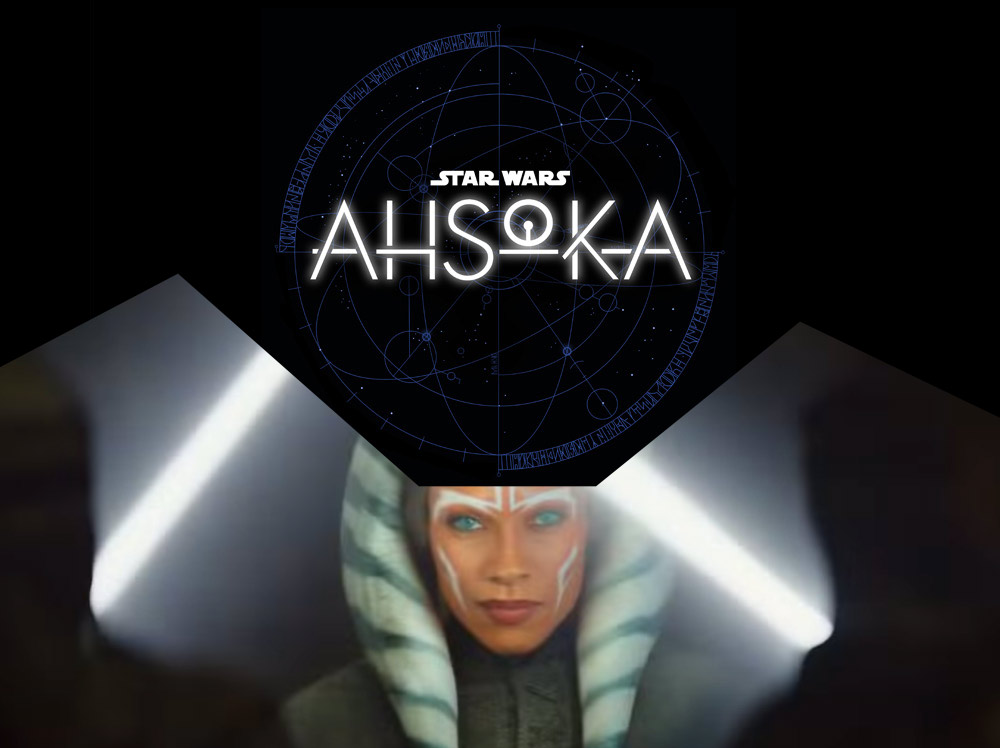 Disney made EXTRA official the fact that Ewan McGregor will, indeed, return as Obi-Wan Kenobi for a “special event series” on Disney+. They also revealed that they’d also be bringing back Hayden Christensen “as Darth Vader.”

Per Kennedy, “this will be the rematch of the century.” Per Christensen, “Anakin and Obi-Wan weren’t on the greatest of terms when we last saw them… It will be interesting to see what an amazing director like Deborah Chow has in store for us all. I’m excited to work with Ewan again. It feels good to be back.”

Not a whole lot was revealed about this project. Waititi is a comedy-centric sort of director. Per Kennedy, “Taika’s approach to Star Wars will be fresh, unexpected, and…unique.”

It’s highly likely Waititi’s film will be animated. The image you see above was captured during the Disney press event. To us, it looks very reminiscent of the style employed in the Star Wars Holiday Special cartoon that brought us the first appearance of the bounty hunter Boba Fett.

Per Waititi, “What?? Ugh, as a longtime fan of Star Wars I’m so angry about what I’m about to do to ruin it.”

Directed by Patty Jenkins, this will be a movie that takes place Pre-The Force Awakens, Post-A New Hope. We’re still not exactly sure of the full timeline the film will cover, but we get a definite clue in the teaser video here:

The X-Wing you see here has the S-Foil design that sits firmly before The Force Awakens. While it’s possible that old X-Wings still exist in the galaxy at that point, it’d be fruitless to misdirect fans in such a manner. This movie will very likely take place either during the period covered by the original trilogy of movies, or immediately after Return of the Jedi.

Andor, Rangers of the New Republic, Ahsoka, Obi-Wan Kenobi, and Rogue Squadron will all definitely be live-action productions. Visions and The Bad Batch will definitely be animated – the rest we’re not entirely sure about just yet. We shall see!