One of the most anticipated smartphones from Samsung that fans are looking forward to is the Galaxy Z Fold 3. The foldable flagship smartphone is set to launch on August 11, and ahead of that launch, we have some details that have surfaced via various leaks. Now some additional renderings of the smartphone have leaked, showing almost all angles of the smartphone.

The leaked images are reportedly marketing images of the device showing the smartphone in Phantom Black color. Images show the smartphone opened and laid flat, highlighting the front screen and rear of the device. On the back of the device, we see a trio of camera sensors and an LED flash with what appears to be a volume rocker on the edge to the left of the cameras.

The hinge on the outside has a small gap, and the front screen measures 6.2-inches making it on par with other standard smartphones available. As you would expect, when opened flat to the inside, there is one large and seamless screen. Rumors suggest the triple camera array on the back of the camera will have a trio of 12-megapixel sensors.

The new renderings also show the front of the smartphone appears to have a pair of selfie cameras. The selfie camera on the cover screen of the device is reportedly 10-megapixels in resolution, with another selfie camera rumored to be underneath the display offering four-megapixel resolution. Additionally, rumors suggest the device will feature a Snapdragon 888 chip and 12 gigabytes of RAM. 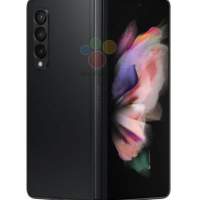 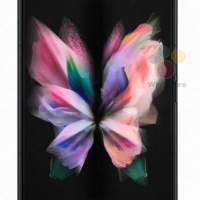 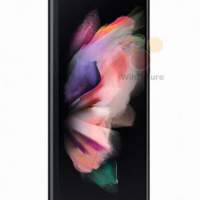 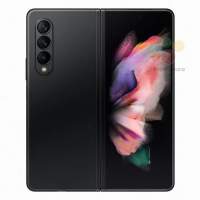 Previous rumors have suggested a possible storage capacity of up to 512 gigabytes. Earlier this month, it was officially confirmed that the Galaxy Z Fold 3 would come with the S Pen. While dust and water resistance was an issue for the very first foldable phones back in 2019, the new folders are reportedly rated to survive both. Past rumors have suggested that the Galaxy Z Fold 3 has an IPX8 rating.