As near as I can tell from the translated original source material, the gold device on the bottom of the stack here is the S6 Edge Plus. The silver one on top appears to be the original S6 Edge. It’s hard to tell a size difference in these photos, but it does appear that the screen on the Edge Plus is a quarter of an inch or so larger than the original. 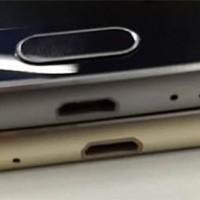 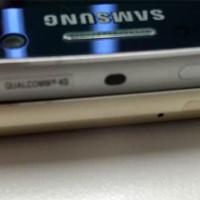 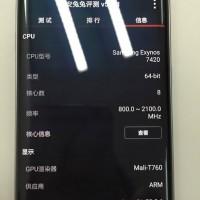 You can also note in the first image here that the location of the microphone has been changed in the S6 Edge Plus. The image of the top side of the phone shows that the headphone jack has been moved and the mic on top moved as well.

The screen is tipped to handle 2560×1440 resolution and to use an Exynos 7420 processor with 8-cores at 2.1GHz. Graphics will be handled by a mali-t760 GPU. It’s unclear what size the screen will be, but rumors tip it might be as large as 5.7-inches.