Apple has revealed the new MacBook Air, with its most portable notebook now kicking off at a cheaper price and switching over to the company’s new favorite keyboard technology. The 2020 MacBook Air now starts at $999 – or $899 if you have a qualifying education account – though still features a 13-inch Retina display.

The keyboard is going to be a big source of happiness for many buyers. Gone is the butterfly keyboard mechanism which has caused Apple so many issues over the past couple of years. In its place, the company has added a new Magic Keyboard, borrowing the technology from the 16-inch MacBook Pro (and, indeed, the Magic Keyboard cover for the new iPad Pro). 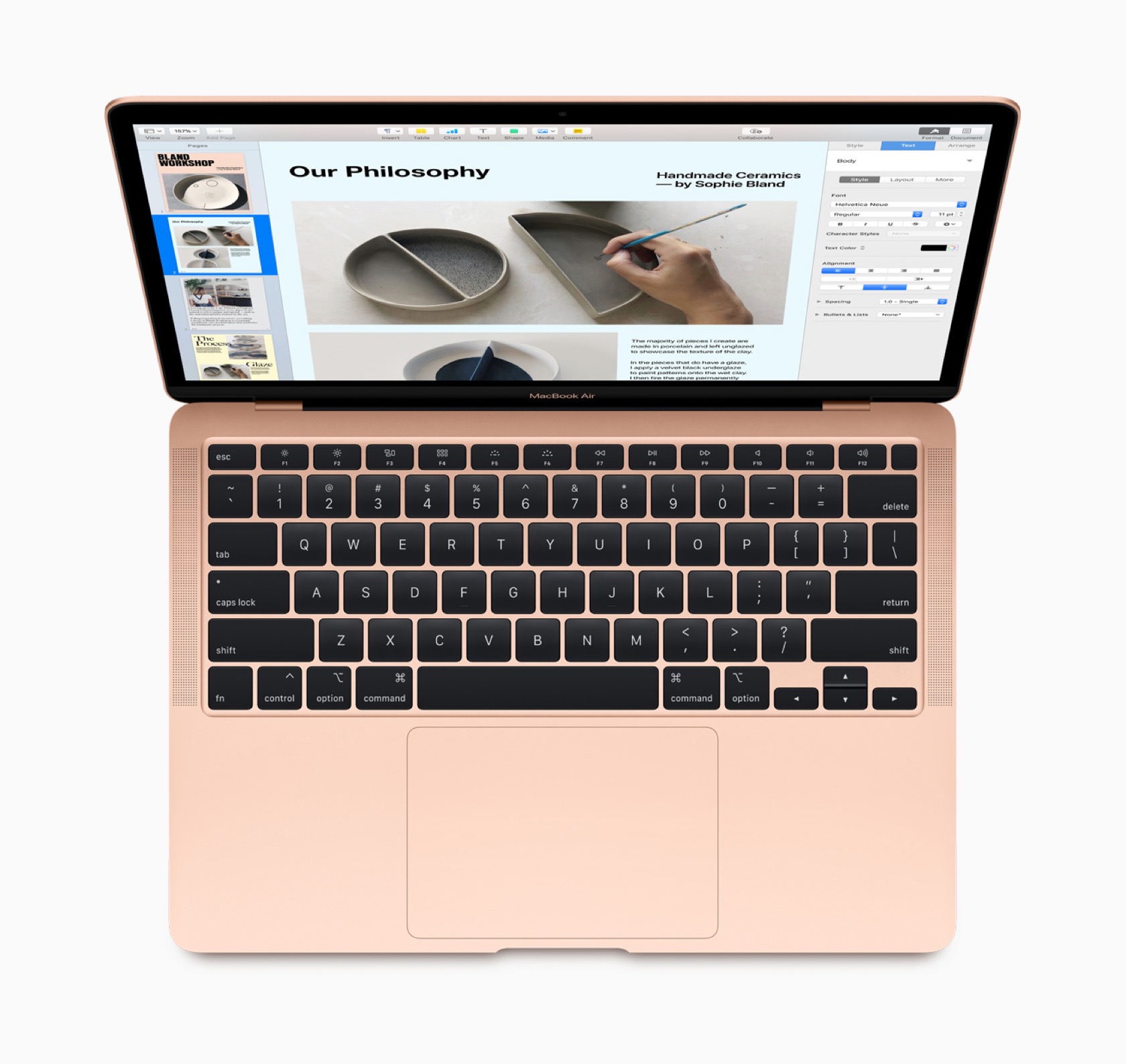 That has a redesigned scissor mechanism, together with 1mm key travel. There’s a new inverted-T layout for the arrow keys so that they’re easier to find without looking. Touch ID for login and making accessing websites easier is there, together with the usual large trackpad. Inside there have been improvements, too.

For the first time on a MacBook Air, Apple is offering configurations with quad-core processors. They’re Intel’s newest 10th Generation Core chips, with up to a 1.2GHz quad-core Core i7 with Turbo Boost up to 3.8GHz available. It’s enough, Apple says, for up to twice the performance compared to the previous generation MacBook Air. 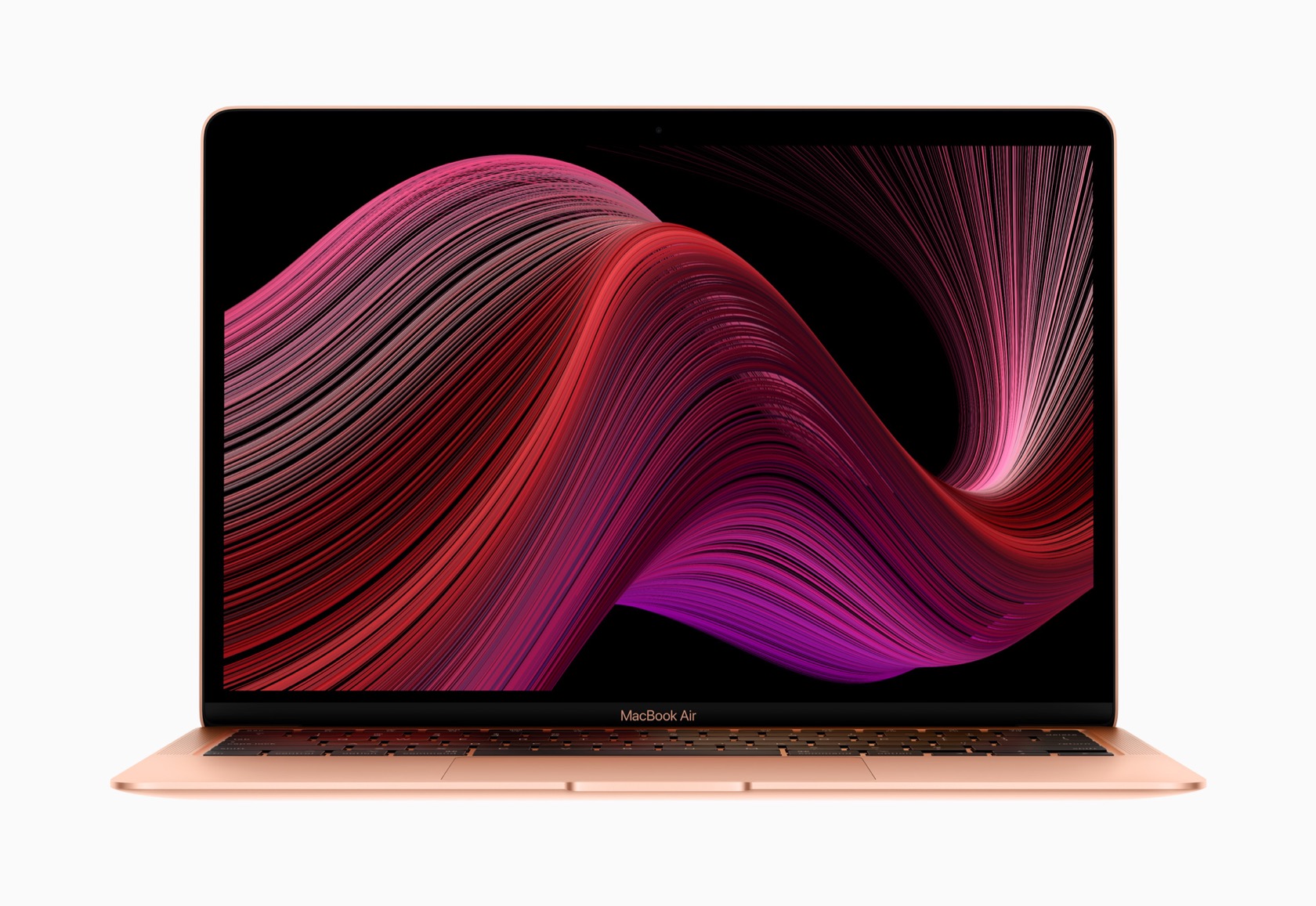 On the graphics side, there’s Intel Iris Plus. No standalone GPU still, but Apple claims up to 80-percent faster graphics performance versus the old notebook.

As before, the unibody chassis is made of aluminum, which Apple says is 100-percent recycled. It’l be offered in gold, silver, and space gray. The display, meanwhile, clocks in at 4m pixels, and there’s now 256GB of SSD storage at a minimum, twice what the old entry-level MacBook Air offered. Up to a 2TB SSD can be specified, twice the old maximum. 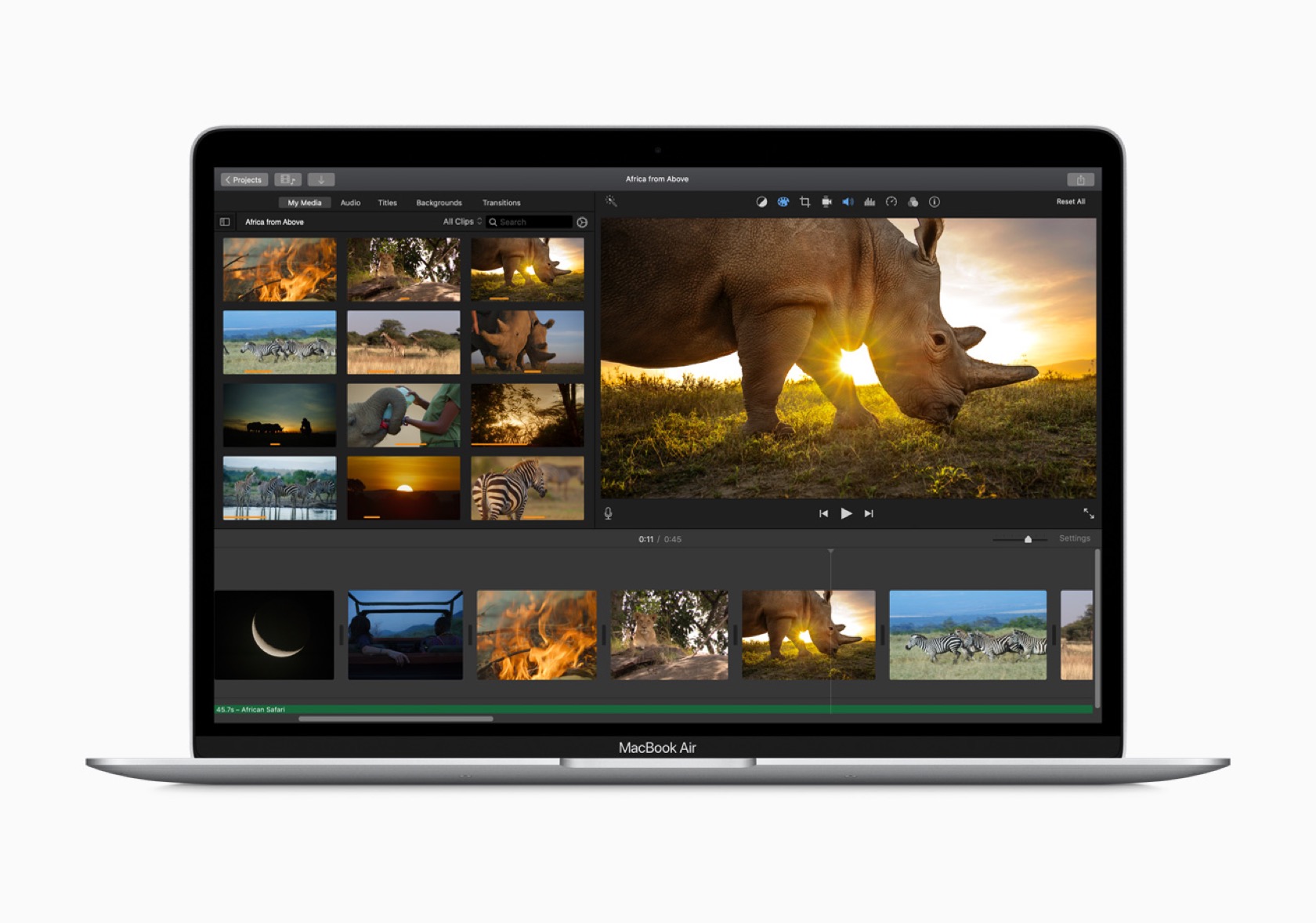 For ports, there are two Thunderbolt 3 connections for combined data, charging, and video output. The 2020 MacBook Air can support up to 6K resolution external displays, too, a first for the series. There’s a three microphone array for audio, and new speakers.

The MacBook Air will start at $999 and be available to order online today. It’ll be offered in store – assuming they’re open – from next week.

In addition to the new MacBook Air, Apple is also polishing up the Mac mini. That’s now getting double the storage as before, for the same price. It means the $799 Mac mini now comes with 256GB of SSD storage, while the $1,099 version is now packing 512GB.