Apple has introduced the iPod touch 6th-gen, faster and with higher resolution cameras front and back, along with new colors for all of its iPods. The new iPod touch is priced from $199, keeping its 4-inch display but now powered by an Apple A8 processor that, the company says, will run graphics 10x as fast as its aging predecessor. Meanwhile, there are new fitness features along with, of course, support for Apple Music.

The iPod touch 6th-gen’s cameras get improved, with an 8-megapixel iSight camera on the back with an f/2.4, five-aperture lens, while the front-facing FaceTime HD camera is 1.2-megapixels and Apple claims improved picture quality, too. It’ll support slo-mo and burst mode photography as well, as offered on the iPhone. 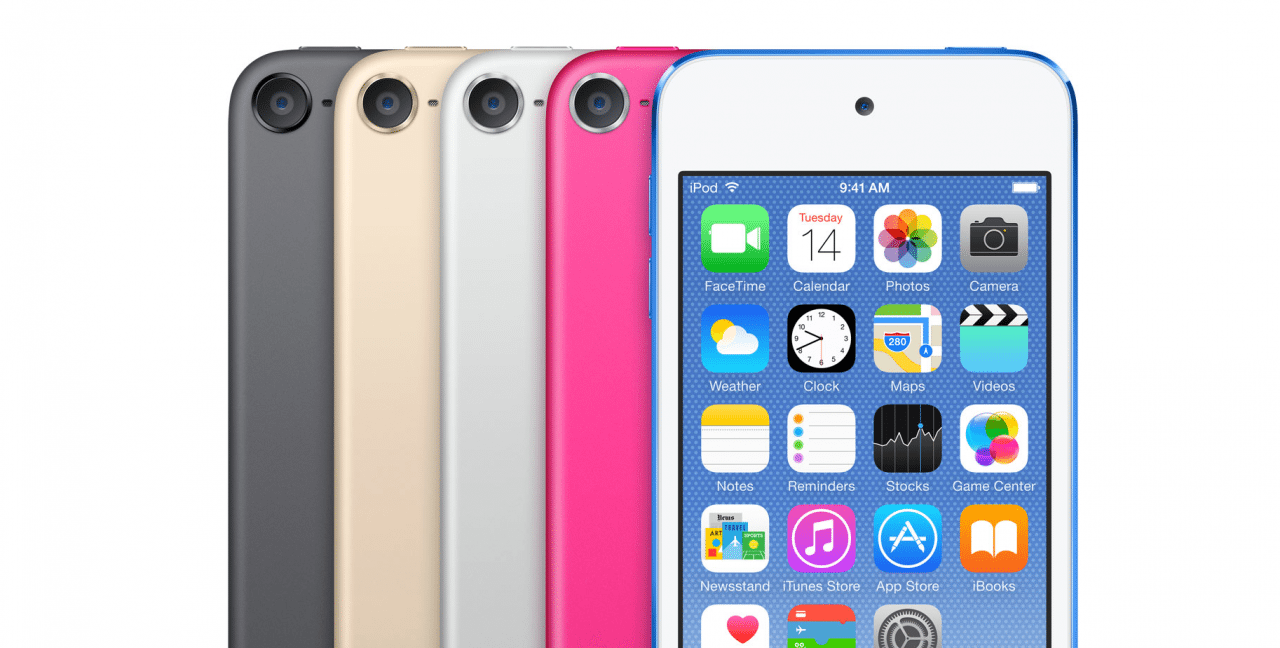 Considering the previous iPod touch – released all the way back in October 2012 – was running Apple’s A5 chipset, it’s no surprise that performance has been improved. There’ll be support for the Metal engine, too, which should mean smoother gaming.

However, Apple has also thrown in the M8 motion coprocessor that tracks steps and other activity in a low-power mode. That will feed into Apple Health.

WiFi gets a speed boost, with support now for WiFi a/b/g/n/ac, and there’s Bluetooth 4.1. 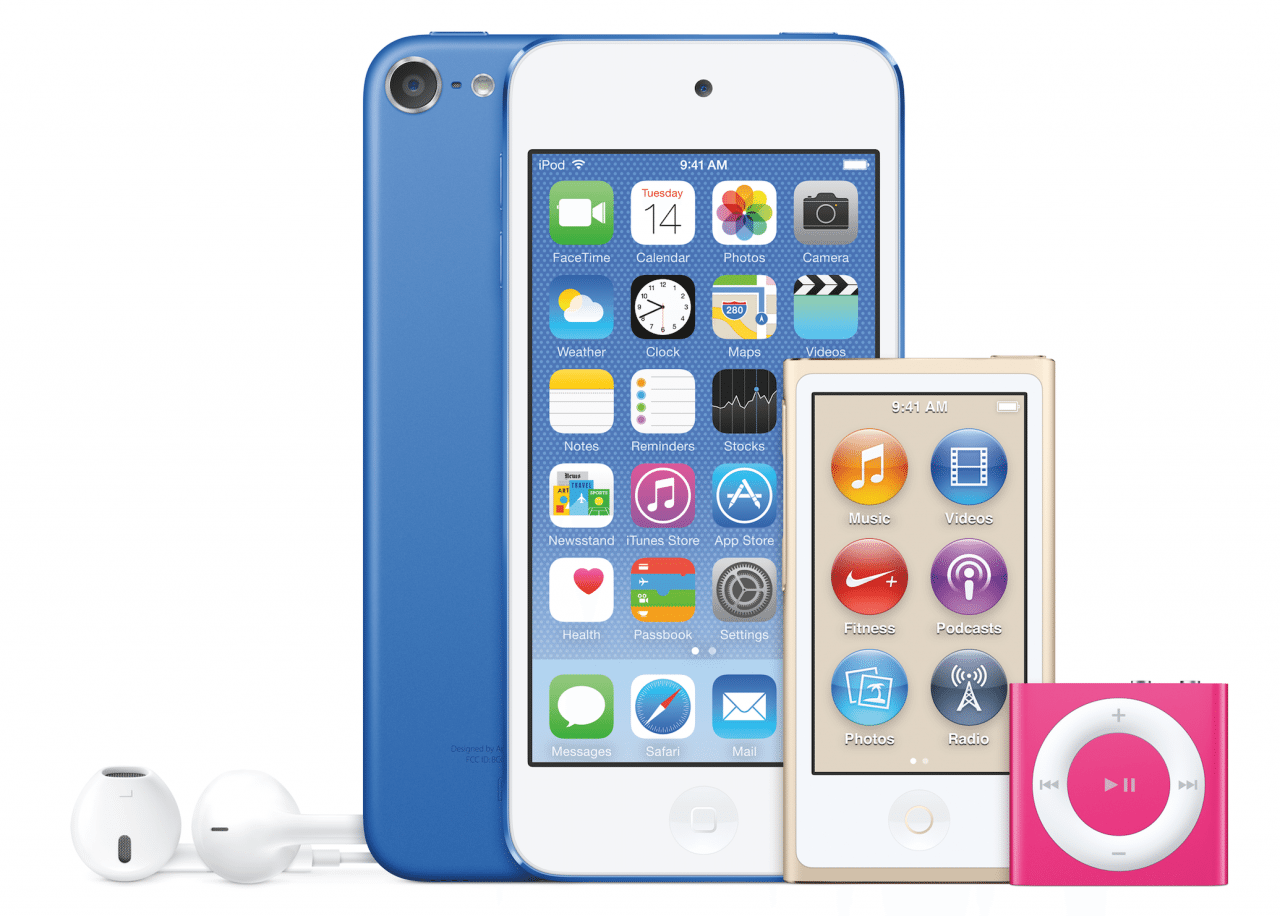 Apple says the battery of the new iPod touch should last for up to 40 hours of music playback or up to 8 hours of video. Out of the box it’ll run iOS 8, but of course it’ll be eligible to a free iOS 9 update this fall.

Color options will include five new finishes: space gray, silver, gold, pink, and blue, and in fact Apple will be rolling them out to the iPod nano and iPod shuffle, too. All of the new iPod touch 6th-gen models begin shipping today. 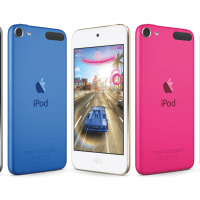 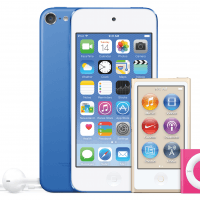 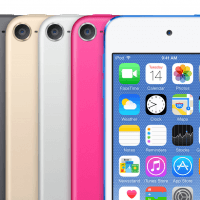 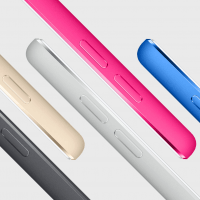 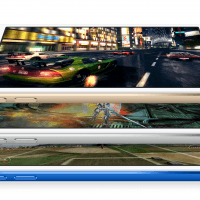