One of the things that I really don’t like about the iPad is that if you use the official keyboard dock you can only sit the iPad in portrait mode. Portrait orientation is not the best arrangement for typing and surfing the web and relay hurts the usefulness of the keyboard dock.

Some new designs for the iPad have surfaced in China that shows some interesting new possibilities for the iPad. The one big change in the new designs is that the iPad in the line art has a docking connector on the side for docking it in landscape mode.

Other than using that port with the official keyboard dock, an extra dock port on the side isn’t that ground breaking. You can already get a number of Bluetooth keyboards that can be used for typing in any orientation with the iPad. Perhaps some of these new features will turn up on the rumored smaller iPad that is supposed to be coming next year. 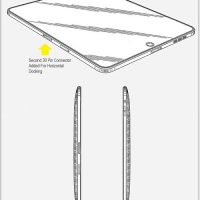 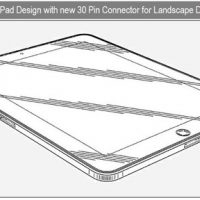