There have been lots of rumors about the HTC 10 smartphone so far with the official unveil coming April 12. Previous rumors tipped that the smartphone would have a Snapdragon 820 paired with 4GB of RAM. A new rumor has surfaced that HTC will be making a third version of the HTC 10 smartphone and this one is said to be targeting a lower price point and has lesser hardware inside. 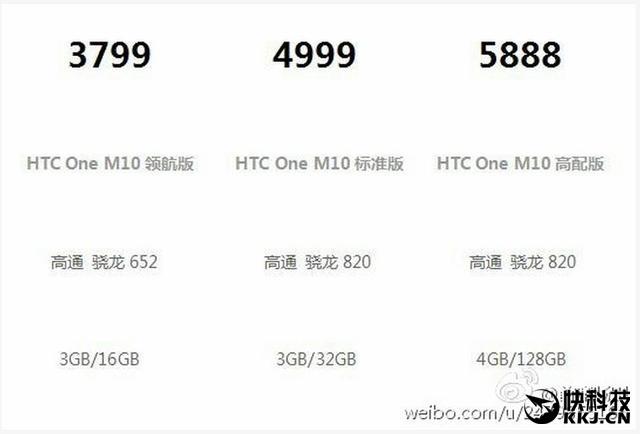 All three will have a 12MP rear camera with dual LED flash and laser focus. Power will be a 3000 mAh battery according to rumors. Android 6.0 Marshmallow will be the OS out of the box overlaid with Sense 8.0 UI. The physical home button also doubles as the fingerprint scanner. All the pricing information is rumor at this point, but we only have a couple weeks to wait to get all the official details.