The Samsung Galaxy Z Flip 3 leaked today in the form of a set of official Samsung protective cases. Normally this would not be a major news event, but the style and color schemes delivered with these bits of hardware have caught our attention in ways that achieve more than the average case. What better way to accentuate the unique nature of the Samsung Galaxy Z Flip 3, with its foldable display panel, than to deliver cases that wouldn’t otherwise function on a device with a more traditional form?

With the cases leaked by 91mobiles today, we see leather, clear, and silicone cases. We see spaces left open for the back or out-facing cameras, LED flash, and touchscreen. We see a keychain style hook, a fabric pull with a euro punch style hook, and we see colors that should match the first wave of Galaxy Z Flip 3 devices very nicely.

Samsung’s not one to shy away from bright colors and deep contrast in device casings or official protective cases for devices. If you’re going to pay hundreds of dollars for a smart device you’ll use every day of your life for the next several years, you’re going to want that device to be distinctive in its outward appearance, yes? 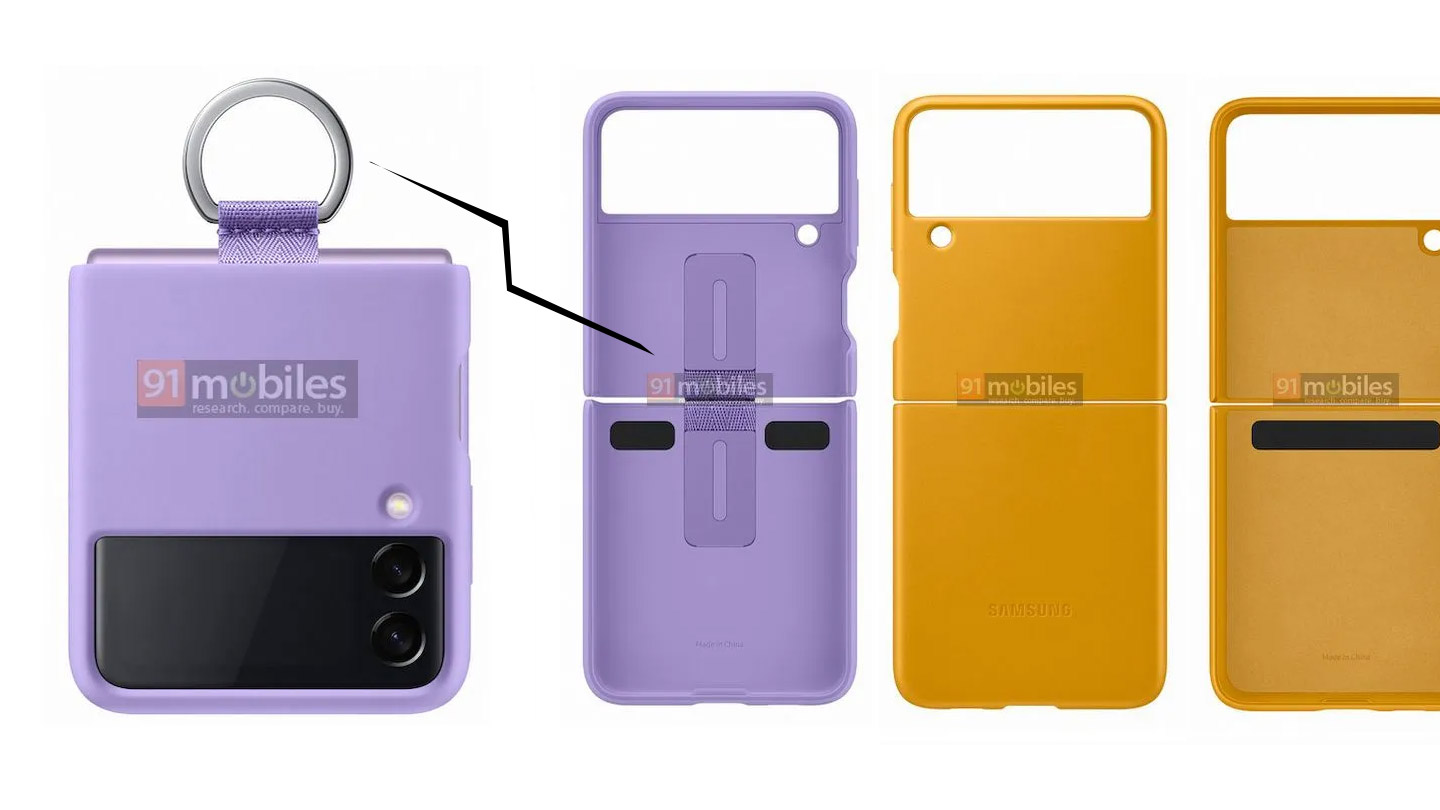 These specifications are very similar to what’s expected of the Samsung Galaxy Z Fold 3, with its 3x 12MP cameras on the back side and 10MP front-facing camera (with another 4MP camera inside). Both devices are rumored to be released with IPX8 resistance to water.

These devices and the Samsung Galaxy Buds 2 and Galaxy Watch 4 will likely appear at the next Samsung event. The Samsung Unpacked event of which we speak is set to take place on August 11, 2021. The release date for the Samsung Galaxy Z Flip 3 will very likely be mid to late August, 2021.