If we look to the 1819 discovery of dinosaur fossils by William Buckland, we’ve got almost exactly 200 years of modern dinosaur bone hunting by humans. In that time, many assumptions have been made – as is necessary when it comes to putting together pieces of puzzles that are millions of years old, and long since dead. Remember today, because today may be the first day in a new major wave of change in this field.

The skull of a dinosaur by the name of Styracosaurus albertensis (skull number UALVP55900) was discovered in the year 2015 by one Scott Persons in the year 2015. This discovery was made in the Campanian-aged Dinosaur Park Formation in Alberta, Canada, and was eventually studied in detail by a team lead by Robert B Holmes*.

Per the research paper published here in November of 2019, this newly discovered Styracosaurus skull “exhibits previously unobserved variability and asymmetry in this species.” The big deal here is the state of the skull, for two reasons.

“When parts of one side of the skull were missing, paleontologists have assumed that the missing side was symmetrical to the one that was preserved,” said Persons. “Turns out, it isn’t necessarily. Today, deer often have left and right antlers that are different in terms of their branching patterns. Hannah shows dramatically that dinosaurs could be the same way.” 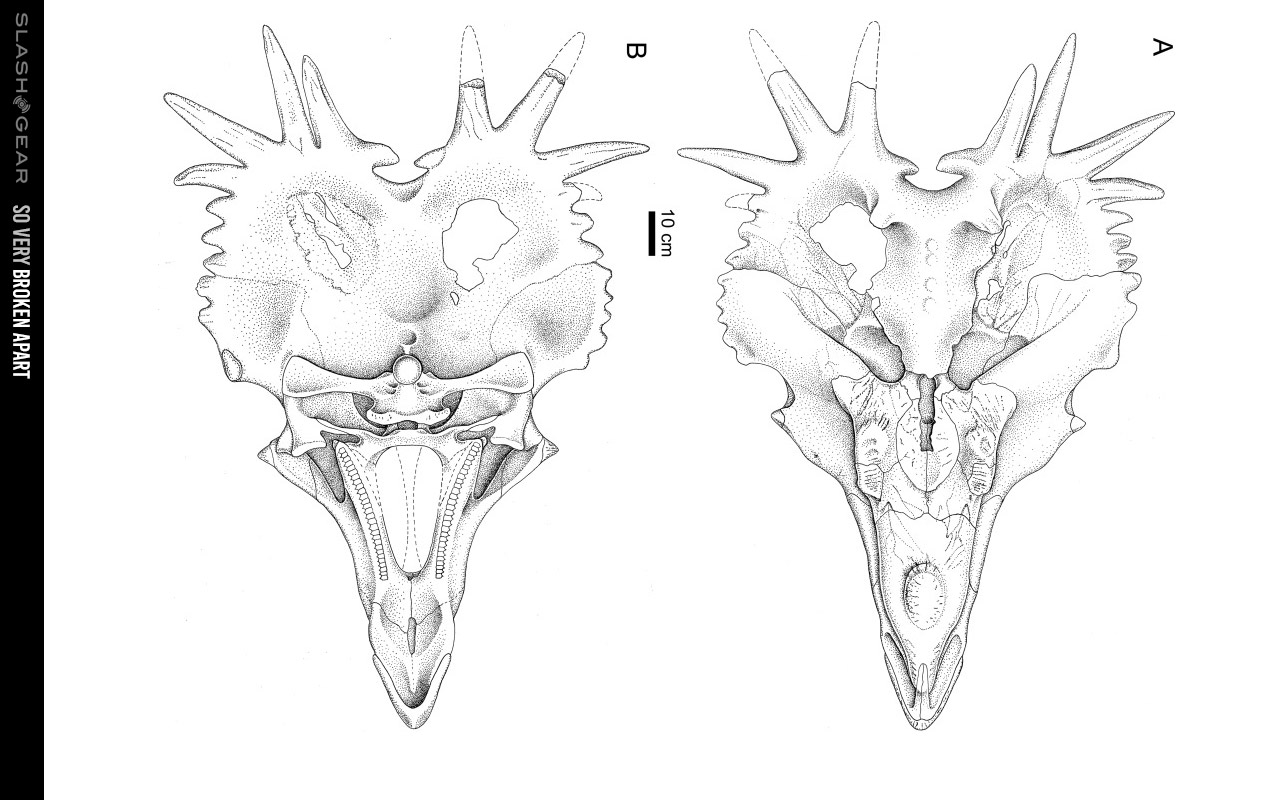 This discovery might remind you of the following TED Talk. If you’ve not seen it, you NEED to see it. This TED Talk is by paleontologist Jack Horner. It’s called “Where are the baby dinosaurs?” It’s all about how, in the past, small dinosaurs and large dinosaurs were thought to have been different sorts… when in reality, one was an adult, and the other was a baby.

For more information on this latest Syracosaurus albertensis find, see the research paper “Morphological variation and asymmetrical development in the skull of Styracosaurus albertensis”. This paper can be found with code DOI:10.1016/j.cretres.2019.104308, authored by researchers Robert B. Holmes, Walter Scott Persons, Baltej Singh Rupal, Ahmed Jawad Qureshi, and Philip J.Currie.