This week Apple was granted a pair of patents that have to do with two-way charging. Owners of some Android devices will be familiar with the technology, which is also called reverse charging. For instance, some Android smartphones can charge other smartphones inductively to share battery power when needed.

Apple has been working on the technology going back to March 2016. Apple’s patents show a method of using power in a future version of the MacBook or iPad Pro to charge the iPhone or Apple Watch. Patents indicate a user working remotely using a MacBook equipped with the technology would set their iPhone or Apple Watch on the edges of the wrist rest area beneath the keyboard to charge them using the power inside the MacBook. 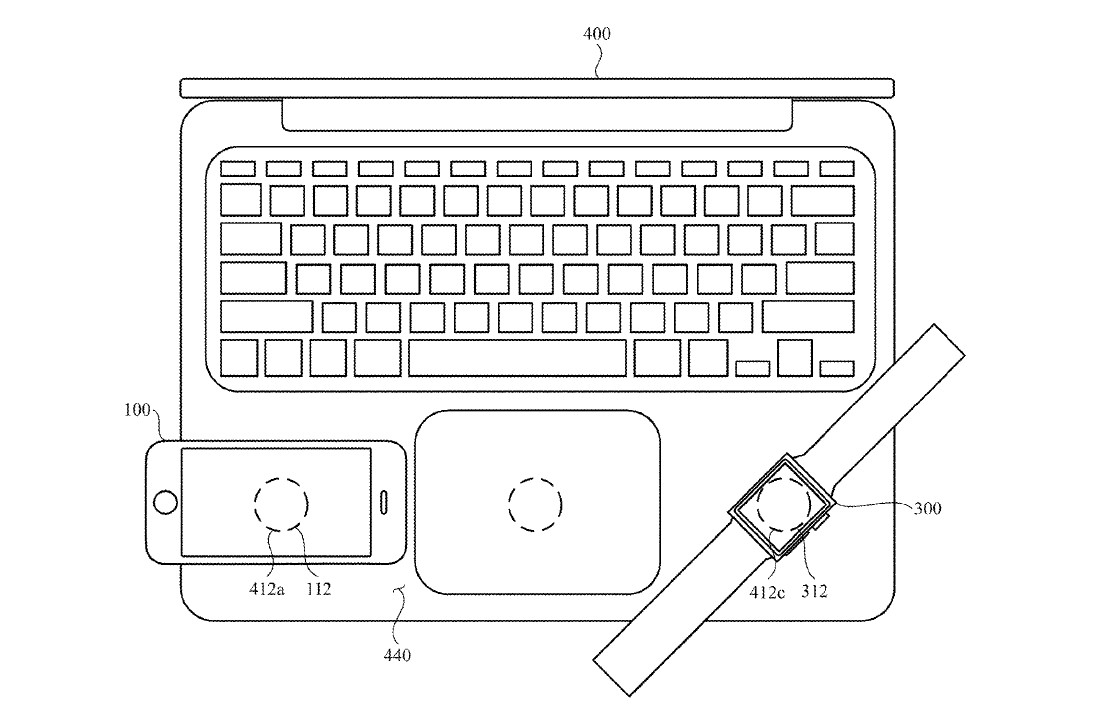 The technology would also mean MacBook users wouldn’t have to carry the inductive chargers for the iPhone and Apple Watch with them on the go. They could simply use the MacBook as their charger. The patents indicate Apple would fit three inductive charging zones to the future MacBook computers with zones to the left and right of the trackpad and one underneath the trackpad itself.