Apple has updated the 13-inch MacBook Pro, adding the Magic Keyboard from its 16-inch sibling, and giving the creator-favorite a performance boost inside. The new 13-inch MacBook Pro loses the controversial “butterfly” keys of the old ‘board, and in their place gets Apple’s latest scissor-switch based buttons which are expected to be more resilient over time.

That addresses what was probably the biggest complaint about the previous generation of notebook. However buyers probably won’t be complaining about the performance increase, either. 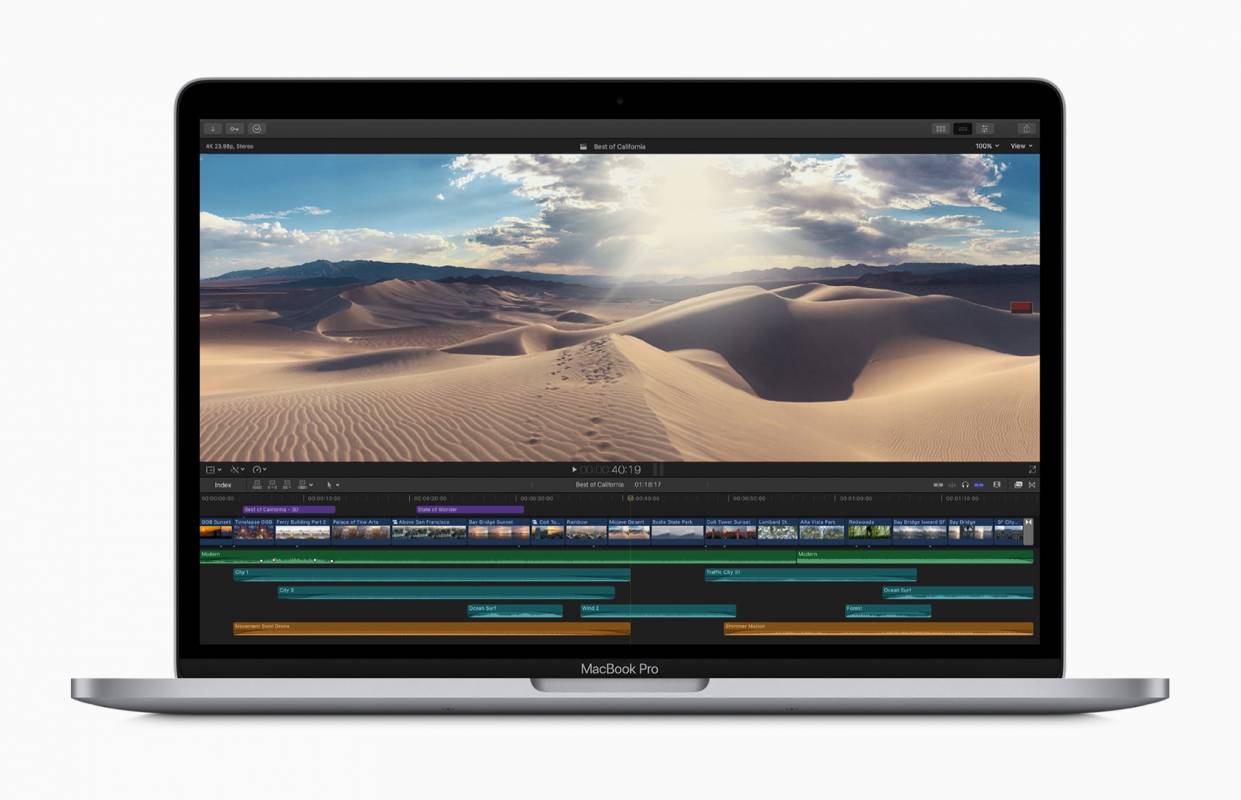 There’s now a choice of up to 10th generation quad-core Intel Core processors, with Turbo Boost speeds of up to 4.1 GHz, chip-depending. The more affordable configurations still use 8th generation Core chips, mind. Integrated Intel Iris Plus Graphics are standard, too, and Apple says they’re potent enough – even without a separate GPU like in the bigger MacBook Pro – to drive 6K resolution on the Pro Display XDR.

It’s not just the CPU, however. Apple’s 16GB of memory is the faster 3733MHz type, and now for the first time on the 13-inch notebook you can bump that up to 32GB of memory. Entry-level machines still use 8GB of 2133MHz LPDDR3 memory, mind. Storage is taking a big leap forward too, with double the amount as standard. 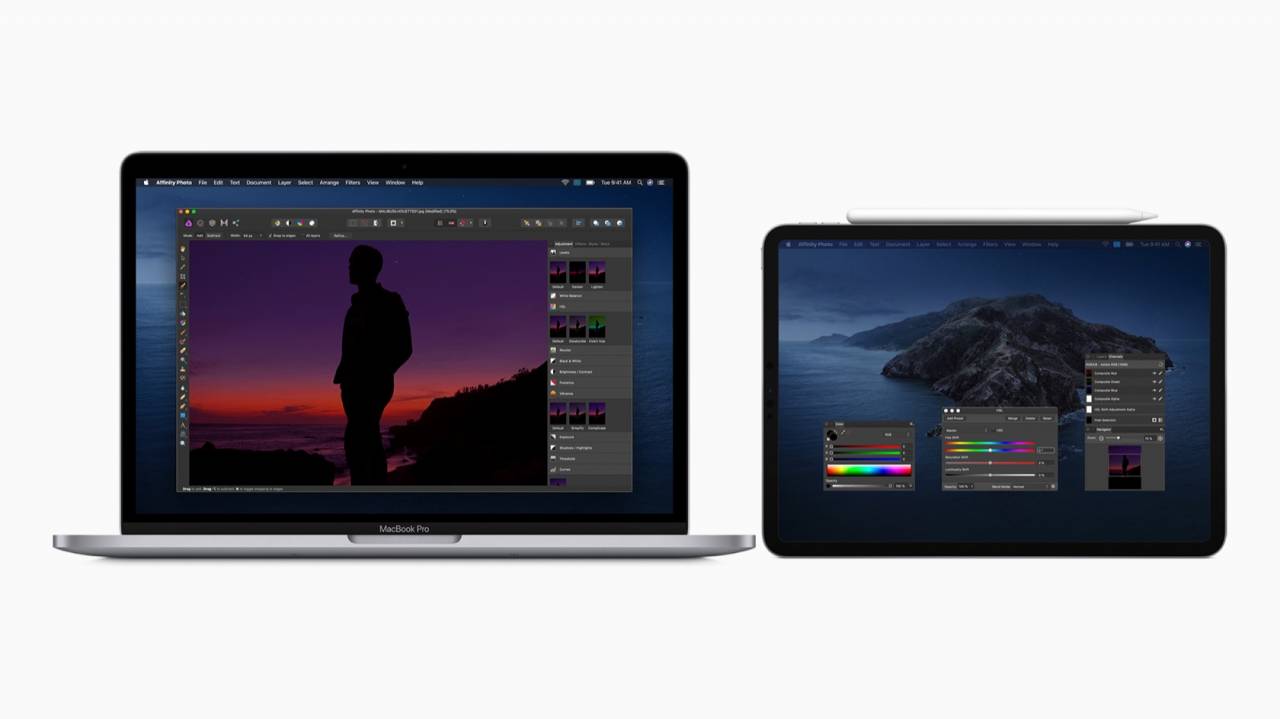 That means the entry-level 13-inch MacBook Pro now comes with a 256GB SSD as standard, with off-the-shelf configurations offering up to 1TB. Custom configurations, meanwhile, can be had with up to 4TB SSDs. You still get at least two Thunderbolt 3 ports for adding external storage, hooking up displays, data peripherals, or charging.

If you’re upgrading from an old 13-inch MacBook Pro with a dual-core processor, Apple suggests, you could see up to 2.8 times faster CPU performance. With the 32GB RAM option, meanwhile, Apple says you could see up to 50-percent faster performance while working on gigapixel images in Photoshop. Sequential read speeds from the SSD are up to 3.0 GB/s, Apple claims.

Outwardly, the 13-inch MacBook Pro looks much like its predecessor. The unibody aluminum casing still comes in space gray or silver, and tips the scales at 3 pounds. The Retina display has 500 nits of brightness and P3 wide color gamut support. It also uses True Tone, to automatically adjust color temperature according to ambient light conditions. 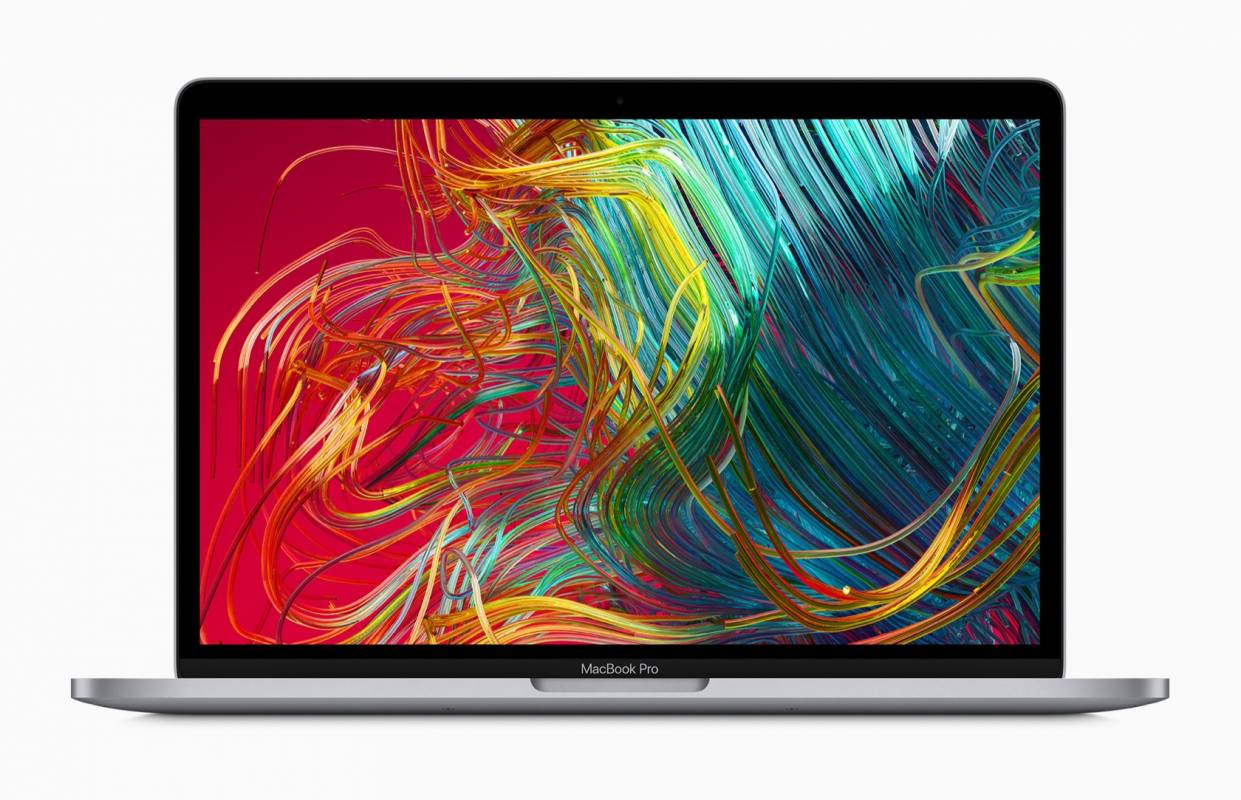 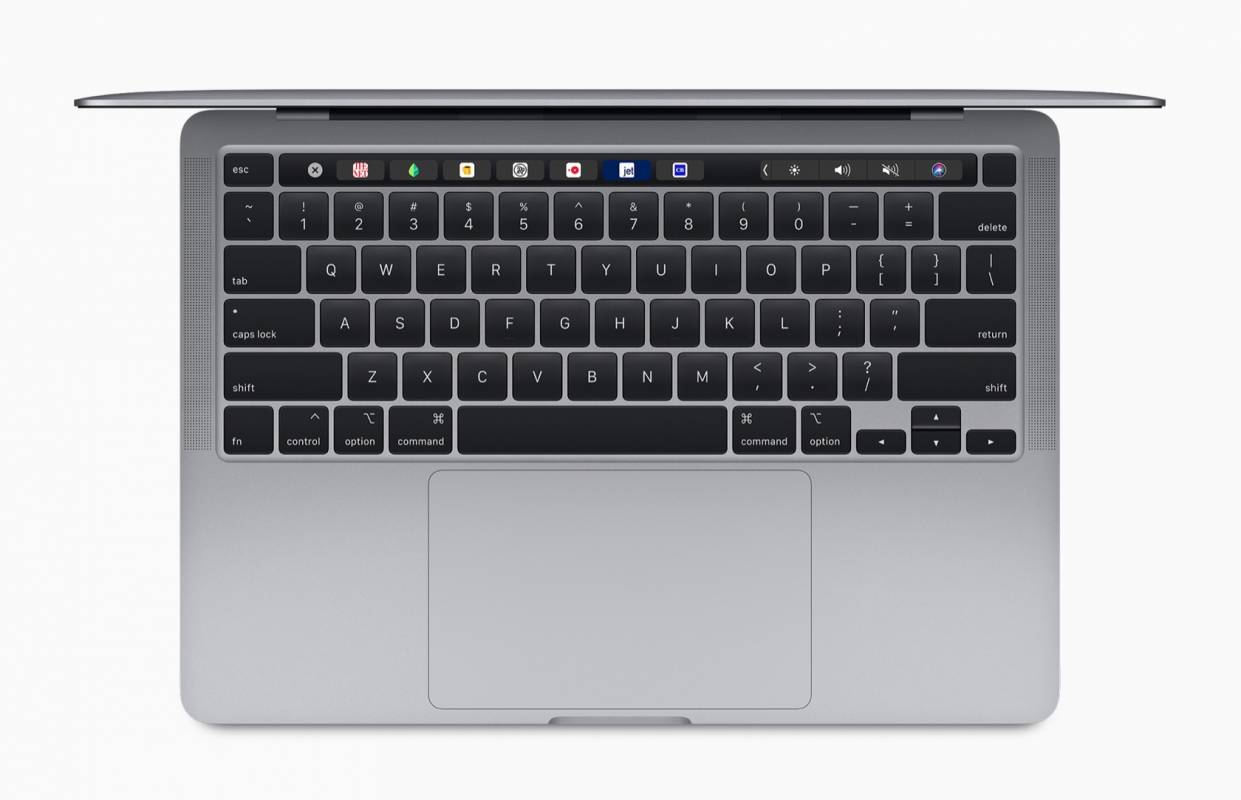 The biggest change in feel, though, will undoubtedly be the keys. The new Magic Keyboard has the same 1mm of key travel as on the 16-inch MacBook Pro, and a new inverted-T arrangement for the arrow keys. The Touch Bar has shifted across slightly to accommodate a physical Escape key, too.

The new 13-inch MacBook Pro is up for sale today, in both standard and custom configurations. It’ll be offered in select Apple Stores from later this week. Pricing begins at $1,299 for the 1.4GHz Core i5 (8th Gen) with 8GB of memory and 256GB of storage.