It has been nearly a month since Netflix told the world at large that they were coming for their content. Or rather, that they would be stopping you from accessing content that wasn’t available within your region. So what has really happened, during this time? Is it time to roll out the “Mission Accomplished” banner? Not quite.

There have really only been two instances worth noting, since this war on VPN providers started. First, there were two VPN providers that had users reporting that they couldn’t access Netflix while using their service. The message informed the users that they were using “an unblocker or proxy” and to try accessing Netflix after disabling them. In a few short hours, both providers were already back up and running, with users able to access content outside of their current region, once again.

The reason that this attempt was foiled so quickly and easily is that in order to tell that someone is using a VPN, you have to first find out what IP addresses that the providers are using to access Netflix. Then, Netflix has to go in and blacklist those IP ranges. And for all the work that goes into that, a VPN provider can quickly switch over to a new block of IPs that haven’t been blocked.

It becomes a cat-and-mouse game that Netflix simply can’t win. And that’s probably why we haven’t heard many new cases of this happening. So what’s the other instance of Netflix fighting back against the VPN? Well, it’s actually kind of complicated, because Netflix doesn’t appear to have been directly involved. 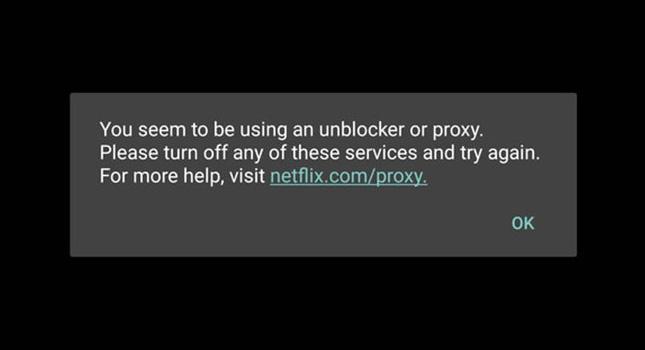 Last week, Paypal made a move that looked awfully lot like an assist to Netflix. If you’re not in the US, and you want to pay for a service based here, many people will turn to Paypal. It’s pretty easy to tie it to your bank account, add some funds, and pay someone that uses a different currency.

Well, last week, Paypal decided that they no longer wanted to do business with a VPN provider in Canada, because of all the illegal activities they were conducting. Here’s the note that Paypal sent to UnoTelly, the provider in question:

“Under the PayPal Acceptable Use Policy, PayPal may not be used to send or receive payments for items that infringe or violate any copyright, trademark, right of publicity or privacy, or any other proprietary right under the laws of any jurisdiction.”

To my knowledge, this is the first time Paypal has decided to stop doing business with a company, due to them providing VPN services. And coming only a few weeks after Netflix said that they’d be cracking down on people using VPNs is a little suspicious. Again, neither Netflix nor Paypal have come out and said that they were working together on this, but it’s hard to believe that there would be any other reason for it. 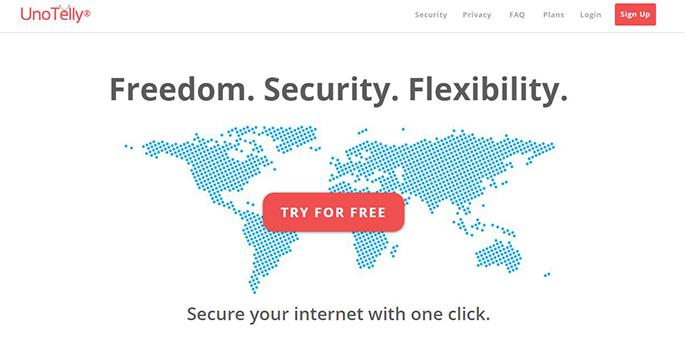 So did UnoTelly shut down and cease operations after Paypal blocked them? Of course not. They simply stopped using Paypal, and instead are just relying on Visa and Mastercard for their payment processing. They’re probably not hurting from the loss of Paypal, considering the amount of coverage they’ve gotten since the ordeal happened. After all, I’d never heard of UnoTelly until Paypal took action.

So here we are, nearly a month after Netflix promised to crack down on VPN users. Shots have been fired, but ultimately nothing appears to have really changed. All of the VPN providers that have been targeted seem to be operating just fine, and their customers are still watching Netflix the way that they want to.

I’m still not convinced that Netflix is actually trying to shut down VPN users. Sure, they’ve taken steps to show everyone that they’re trying, but I think it’s nothing more than a show. Anyone who knows anything about how the internet works can tell you that shutting out VPN users is a futile effort. Attempting to actually do so will only earn you a bunch of angry customers, and a loss of business.

Instead, I think Netflix is putting on a show for their business partners. Namely, the studios that they’re working with for content. They need to show these companies that they’re trying to crack down on these kinds of activities, in order to keep them happy. But they’ve already stated that their end goal is to offer the same content worldwide, instead of restricting it based on a person’s geographical location. Perhaps once they convince the studios that blocking users is a futile effort, they will be more likely to change the way they license their content.